The MeTV family pays tribute to those who died this year, from Leonard Nimoy to Yvonne Craig and beyond. 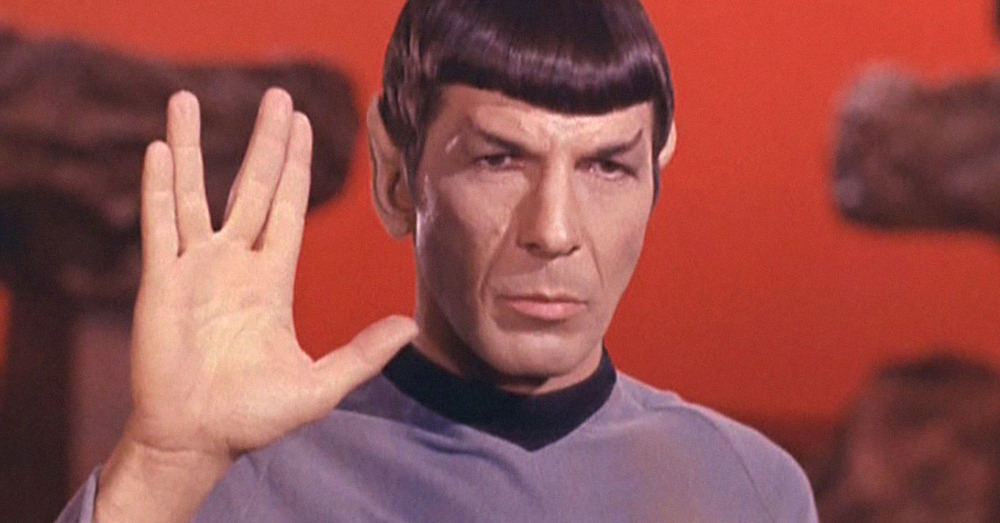 As the year draws to a close, it is time to look back and praise all those who sadly passed in 2015. We lost three cast members of Star Trek. We lost both the first Jimmy Olsen and the first Batgirl to appear on television. Memorable sitcom characters, Disney family members and horror movie icons died this year.

Let us remember these 35 actors, pop musicians and artists — and all those — who passed away over the last twelve months. Their legacies will live long and prosper.

In Memoriam - Remembering those we lost in 2015

Best known as Elly May Clampett on The Beverly Hillbillies, Douglas also appeared as the face of beauty in the classic Twilight Zone episode "Eye of the Beholder."

At the age of 16, the Brooklyn-born pop singer hit number one with "It's My Party" (the first hit for producer Quincy Jones). More hits like "You Don't Own Me" followed. This year, "It's My Party" was sampled for another chart success, "Pity Party" by The Voice veteran Melanie Martinez.

What else needs to be said about the legend who was Spock? He taught us all how to live long and prosper.

Best appeared on just about every western you can name, from Gunsmoke to The Rebel, but became most widely known as Sheriff Rosco P. Coltrane on The Dukes of Hazzard.

The wife of Steve Allen was a formidable comedian in her own right, as proven in her many spots on I've Got a Secret. She and her husband made their finally appearance together onscreen with a Diagnosis: Murder episode in 1999.

Crough portrayed Tracy Partridge, the youngest of the singing siblings on The Partridge Family.

The actress entered the sci-fi hall of fame as Captain's yeoman Janice Rand of the Enterprise on the first season of Star Trek. She played a prominent role in classic episodes like "Charlie X" and "The Enemy Within," yet was cut from the show in the first season.

The blues icon and rock & roll pioneer appeared on several television shows throughout his career, everything from Sanford and Son to Touched by an Angel.

Half of the comedy team Stiller and Meara with husband Jerry Stiller, and mother to Ben Stiller, Meara appeared regularly on Rhoda as flight attendant Sally Gallagher, close friend of the title character. Later, she appeared on sitcoms like Archie Bunker's Place and ALF, just to name a couple.

The horror legend was Dracula, a Bond villain, Star Wars villain, Lord of the Rings wizard and much, much more. We loved him in the eerie Alfred Hitchcock Hour episode "The Sign of Satan," too.

The television veteran cut his teeth on series such as Naked City, The Doris Day Show, Emergency! and Happy Days before earning a place in the TV Dad Hall of Fame as Tom Bradford on Eight Is Enough.

The Egyptian icon became a Hollywood idol in classics like Lawrence of Arabia, Doctor Zhivago and Funny Girl.

The Welsh actor played Robin Colcord on Cheers, the rich rival of Sam Malone for the love of Rebecca.

The giant New York Giant was more than a football legend. He also appeared on several television shows, such as Hazel and What's My Line?.

The beautiful and cool Craig was pioneering superhero as the motorcycle-riding Batgirl on Batman. She is also part of Star Trek lore as the green-skinned Marta on "Whom Gods Destroy." Costar Adam West paid sweet tribute to his former sidekick after her death. You can catch her as part of MeTV's Super Sci-Fi Saturday Night.

The brilliant horror director made us keep the lights on with several of his landmark films.

Disney dad Dean Jones earned our love in The Love Bug. He was also great alongside both cats (That Darn Cat!) and dogs (Beethoven).

Carne, pictured on the left in a Saturday Evening Post spread alongside Goldie Hawn and Chelsea Brown, popularized the phrase "Sock it to me!" on Rowan & Martin's Laugh-In.

The Route 66 star went on to be the lead in the gripping police drama Adam-12. His portrayal of Pete Malloy meant so much to the LAPD, that the force honored him with a touching tribute after his death.

Larson helped define the character of Superman pal Jimmy Olsen on The Adventures of Superman. Read more about his life and career in our tribute.

One of the first celebrity chefs, the Cajun cook introduced the turducken to the world. Read more here.

After playing Lt. Kevin Riley on Star Trek, where he memorably sang an Irish ballad, Hyde went on to become a professor emeritus of communication studies at St. Cloud State in Minnesota. Read more about his life.

As one of the three lead vocalists in Three Dog Night, Wells appeared frequently on the radio and pop charts in the 1970s. He also had a career on television, appearing on The Beverly Hillbillies and being the first cohost of Dick Clark's New Year's Rockin' Eve.

Ingels starred alongside John Astin on the sitcom I'm Dickens, He's Fenster. Oh, and he was the voice of Pac-Man!

The Hollywood beauty starred in several films with John Wayne and became part of Christmas tradition as a lead in Miracle on 34th Street. Read more here.

The character actor crafted two memorable characters as both Al Delvecchio on Happy Days and Murray Greshler on The Odd Couple. Read more about his life and career.

Thompson was the perfect military man and authority figure in movies like The Hunt for Red October and on shows like Law & Order. It's no wonder he was a Senator for the state of Tennessee.

The "Kustom Car King" designed the Batmobile on Batman and other gorgeous hot rods of the screen. He was even laid to rest in a Batmobile-inspired casket.

After playing Candy on Bonanza, Canary became a soap opera icon as Adam Chandler (and his twin, Stuart) on All My Children. Read more about Canary.

The game show hall of famer hosted Card Sharks and $ale of the Century. Read more about the presenter.

The seasoned veteran made for a great gangster or father figure on the big screen. Loggia also logged several notable television roles. Check out 13 of his most memorable TV appearances.

NewsObituaries
R.I.P. Orson Bean, voice of The Hobbit and Twilight Zone star
Are you sure you want to delete this comment?
Close