R.I.P. to a great character actor! Revisit a baker's dozen guest appearances, as both good guy and bad guy, made by Loggia over the decades. 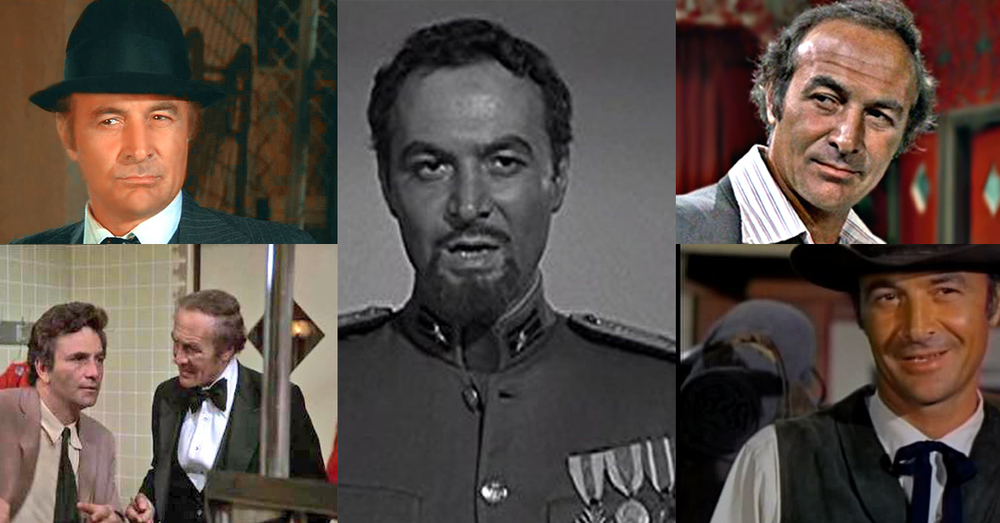 On Friday, Emmy- and Oscar-nominated Robert Loggia passed away from Alzheimer’s disease. The Italian-American actor from Staten Island appeared on screens both big and small in seven decades, working right up until his death. The 85-year-old even had some unreleased films in the can, so we have not seen the last of him.

With both an imposing scowl and a radiant charm, Loggia could play either gritty and genial, sometimes in the same role, as in Big. Likewise, he excelled as characters on both side of the law, playing both gangster and grizzled cop, grandfather and goodfella.

Beginning in the early 1950s, Loggia popped up in a stunning number of television dramas, from westerns to urban crime serials. Odds are, if MeTV shows an action series, Loggia appeared on it at least once. Here is a brief survey of Loggia's many roles. Which was your favorite?

The train comes upon a man strung between two poles, mistaking him for a native. Loggia plays the titular man, who falls in with the crew, slowly revealing his complicated background story.

This closed-door murder mystery centers around a dead garment tycoon found in his shop.

We recently marked this as one of six notable episodes of the road series. A tale of political assassination, "I'm Here to Kill a King" was knocked off the schedule, as it was slated to air days after the killing of JFK. Eventually, it was shown in syndication. An eerie parallel to reality.

It's hard to find an actor of Loggia's generation and stature who did not appear on Gunsmoke over its two decades. What is rare about this episode is that it centers around a real historial figure, Chief Joseph of the Nez Perce. When he arrives sick in Dodge, Loggia's character gives up his room for the ailing man. 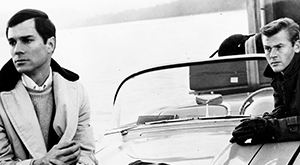 The story of 'Route 66' in six great episodes

In his second appearance on the suspense series, Loggia plays a hitman who turns out to be a con artist as well. Linda Lawsom plays the lovely lady by his side in the scam.

A scientist (Loggia) with a formula for eternal life! A giant jellyfish! Torpedos! Loads of thrilling tropes are thrown into the monsterful adventure from the (literally) colorful second season of Irvin Allen's undersea hit.

West heads south of the border for some spy action. Loggia proves he could have made a great Bond villain as Col. Arsenic Barbosa, the main baddie.

Heath (Lee Majors) saves the life of a hired gun… who turns out to have been paid for a hit on Heath.

A former Nazi is hiding as a stage magician and murders the owner of a magic club with dirt on his background. Loggia plays the host and business partner at the Cabaret of Magic.

Speaking of Nazi, those no-goods (including one Robert Loggia) turn up in this early Wonder Woman. Oh, and they brainwash a gorilla to hate our hero. Yep, Wonder Woman fights an ape. Despite the silly premise, it is great fun.

The Rockford Files
"Rosendahl and Gilda Stern Are Dead" (1978)

Fan favorite Rita Moreno returns as Rita Capkovic, wrongfully accused of killing a doctor. Turns out, a mob boss (Abe Vigoda!) has been knocking off docs responsible for a painful surgery. Loggia plays one of the doctors.

An ex-cop (Loggia) turned vigilante pimp killer in this late gem from season 11.

Quincy heads to a small tropical island to solve a health crisis. Loggia guests as the Prime Minister.

newsobituaries
R.I.P. Morgan Woodward, who guest-starred in a record 19 episodes of 'Gunsmoke'

newsobituaries
R.I.P. Michele Carey, model-turned-actress of 'Gunsmoke' and 'The Wild, Wild West'
Are you sure you want to delete this comment?
Close