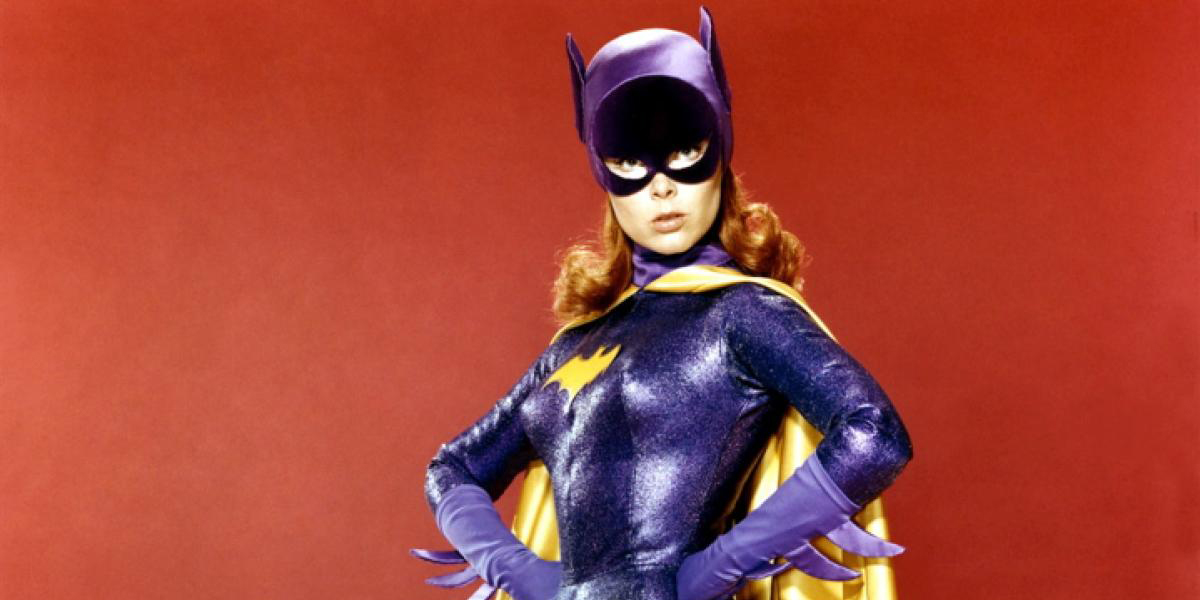 A decade before Lynda Carter strapped on her bulletproof bracelets, half a century before Scarlett Johansson slipped on the Black Widow suit, there was Yvonne Craig. The trained dancer, formerly a member of the Ballet Russe de Monte Carlo, was a pioneer of the female superhero. From 1967 to 1968, in the final season of Batman, Craig wore the purple and gold as Batgirl, a.k.a. Barbara Gordon.
The character was fairly new to the DC Comics universe, having first appeared in an issue of Detective Comics in 1966. With ratings slipping, Batman producers injected the character into the colorful television show for a boost of interest. She appeared in 26 episodes of the series. Craig had previous appeared alongside Elvis in two movies, It Happened at the World's Fair and Kissin' Cousins. Also interesting to note: Prior to Batman, Craig also costarred with Cesar Romero (the Joker) in Seven Women in Hell and Neil Hamilton (Commissioner Gordon) in an episode of Perry Mason.
After Batman, Craig popped up on Star Trek, playing the green-skinned slave girl Marta in "Whom Gods Destroy." In these roles, she utilized her dance training to bring athleticism to the characters. Craig continued to work in television until this decade, making guest appearances on shows like Kojak and Fantasy Island until finally lending voice work to Nickelodeon's Olivia cartoon.
For the past two years, Craig had been fighting against breast cancer, according to a statement released by her family. She died at home at the age of 78 on August 17. Her family said the following:
"Wish Number One, is that her family, friends and fans would know how much she loved them and always treasured her time with them. Wish Number Two, was that no one waste a moment of their time in mourning for her loss in sadness but instead celebrate the awesome life she had been fortunate enough to live."
Tune in to MeTV this Saturday to celebrate Yvonne Craig as she appears as Batgirl on Batman at 7PM | 6C.