The singer of "Mama Told Me (Not to Come)" also appeared on several television shows with his band The Enemys. 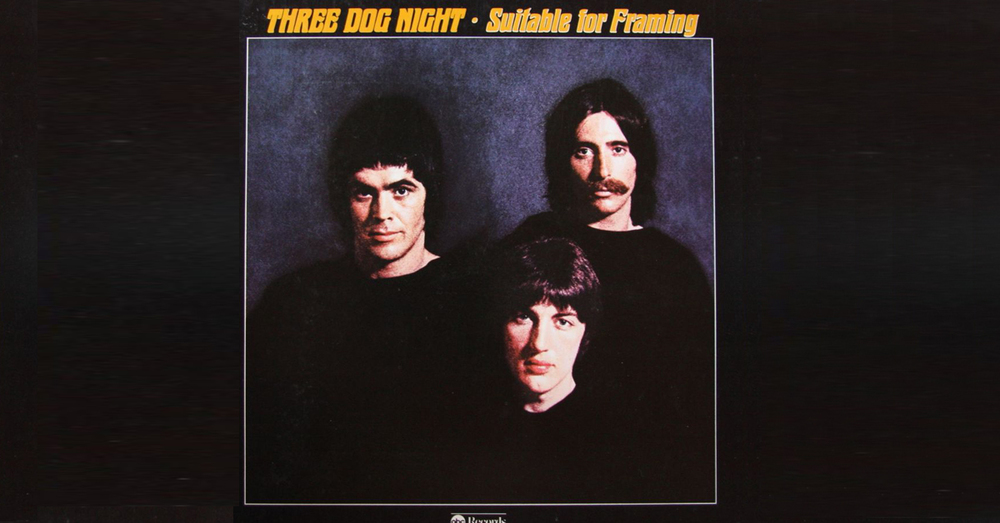 Three Dog Night scored a massive hits with "Joy to the World" and "One." The Los Angeles rock act was in some ways the world most successful cover band, but that is selling them short. A fascinating group once you scratch the surface, Three Dog Night also had several ties to classic television. Hoyt Axton, who wrote "Joy to the World," appeared on an episode of Bonanza, singing on "Dead and Gone." When Axton presented the song to the band, two of the band's three lead singers, Danny Hutton and Cory Wells, passed on it. Chuck Negron jumped on it and the track soared to the top of the charts.

Wells, pictured in the center above, had his moments in the spotlight, too. His vocals took "Mama Told Me (Not to Come)" to number one, and his take of "Try a Little Tenderness" blew up as well.

Born Emil Lewandowski, Wells pieced together his stage name from his mother and his manager's son. He moved from Buffalo to L.A. and his band, The Enemys, earned an enviable spot as the house band at The Whiskey A Go-Go. Thanks to that gig, The Enemys appeared in several television shows and films. Perhaps most memorable to MeTV fans is an episode of The Beverly Hillbillies in which Nancy Kulp busts a move to Wells singing "Got My Mojo Workin'."

The Enemys on "The Beverly Hillbillies"

A clip from the "Hoedown a-GoGo" episode.

The Enemys also popped up in Burke's Law and the movie Harper. Three Dog Night broke up in 1976, after which Well recorded a solo album, Touch Me, released in 1978. In the mid-'80s, Three Dog Night would reunite. Yesterday, at the age of 74, Wells passed away.

"It is with deep sadness and disbelief that I must report the passing of Cory Wells, my beloved band mate for over 45 years," Hutton announced in a press release.

The Beverly Hillbillies returns to MeTV on October 26.

JHP 16 months ago
Some more good music 6ft under

and what do we have to listen to?

"HEARTACHES!" not the song (doing my BAR-NAY Fise imitation:)