eastern (on most MeTV stations)
Add to Favorites  Remind Me
A newspaper reporter with a penchant for the bizarre and supernatural, Carl Kolchak (Darren McGavin) investigates Chicago’s most mysterious crimes. From vampires and werewolves to mummies, aliens and phantoms, the intrepid newspaper man encounters an amazing array of monsters as he cracks cases wide open.
Share 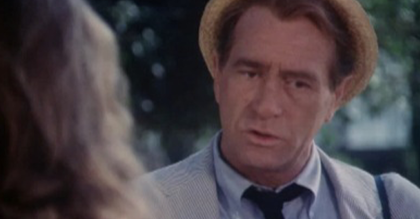 True/False: Are these real facts about Darren McGavin? 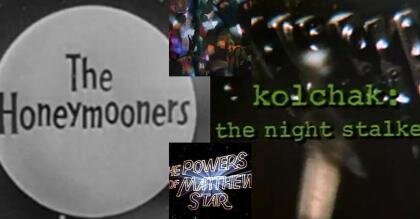 Can you find the one show that WASN'T a one-season wonder? 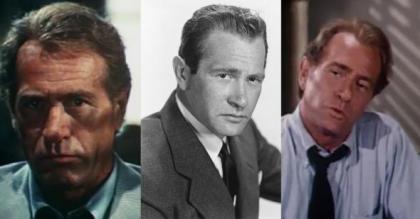 True/False: Are these real facts about Darren McGavin?

Can you find the one show that WASN'T a one-season wonder? 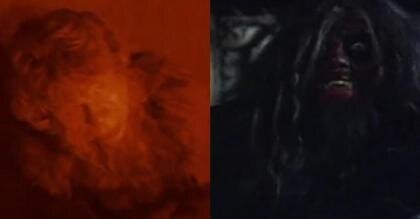 Can you match these 'Kolchak' creatures to the right episode? 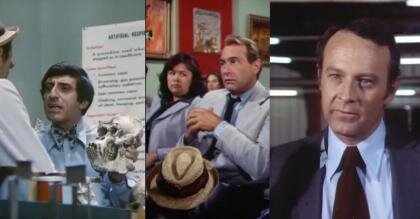 9 faces that appeared on both 'M*A*S*H' and 'Kolchak: The Night Stalker' 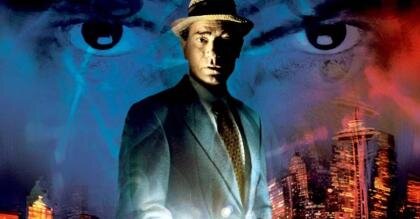 Can you guess the top-rated episodes of Kolchak: The Night Stalker according to IMDb? 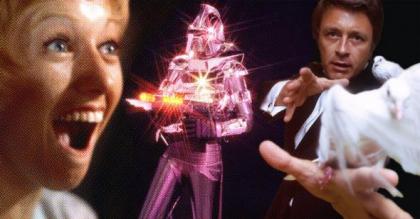 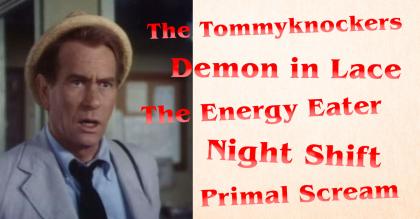 Are these episodes of Kolchak: The Night Stalker or Stephen King novels? 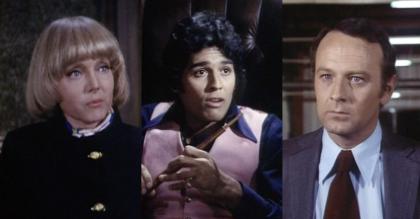 Can you name all these classic TV stars in Kolchak: The Night Stalker? 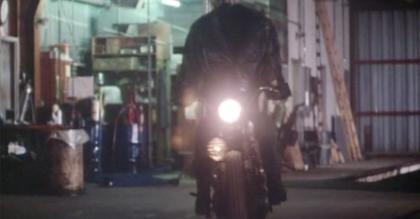 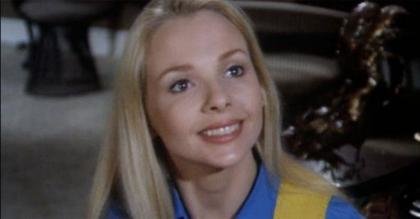 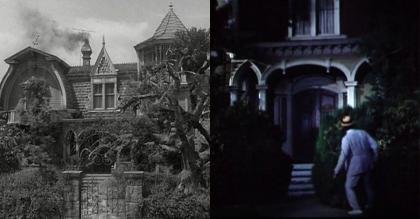 Kolchak argues that a serial killer is actually Jack the Ripper.  Remind Me

A grandmother seeks revenge for her grandson's death by turning him into a zombie to do her bidding.  Remind Me

Ep 3: They Have Been, They Are, They Will Be

An invisible alien sucks down the bone marrow of its victims while it makes repairs and looks for directions home. This is the only story where Kolchak fails to stop the "monster."  Remind Me

An overlooked victim of the Las Vegas vampire makes her way to Los Angeles and begins killing anew.  Remind Me

In snowy Chicago the INS Christmas party is to send off Tony Vincenzo, but he gets audited instead, and it is Carl who gets to go on the singles cruise, where a werewolf goes on a killing spree.  Remind Me

The ghost of an arsonist tries to take over a renowned conductor's body as his doppelganger.  Remind Me

A politician on a meteoric rise murders his opposition through a pact with Satan which gives him the ability to turn into an invulnerable dog.  Remind Me

The first based on a Native American legend, a Diablero shaman spirit murders for jewels to pay back his debt and be released from his Earthly bonds.  Remind Me

A dreaming host conjures up the Creole legend of Père Malfait ("Father of Evil"), a moss-monster willing to kill anyone who threatens its survival.  Remind Me

A hospital is built on reclaimed land inhabited by the Native American bear-spirit legend Matchemonedo which threatens to destroy anyone who inhabits it.  Remind Me

Ep 11: Horror in the Heights

A Hindu Rakshasa terrorizes a Jewish neighborhood.  Remind Me

An android murders anyone that threatens its survival.  Remind Me

Defrosted ancient cell samples discovered in the Arctic grow into savage prehistoric primates and go on a rampage.  Remind Me

A witch desires to control the world of high fashion.  Remind Me

Bent on revenge, a headless motorcycle rider murders those who wronged him.  Remind Me

An evil succubus from ancient Mesopotamia murders young men to maintain her immortality.  Remind Me

An Aztec cult seeks to resurrect the mummy of their god by murdering perfect people.  Remind Me

To prevent the destruction of its home, the spirit of a Knight reanimates a suit of armor to kill those responsible.  Remind Me

Helen of Troy returns to drain the youth out of unsuspecting perfect victims, sacrifices for the goddess Hecate, in her quest for immortality.  Remind Me