The 'Twilight Zone' and 'Curb Your Enthusiasm' performer was 92. 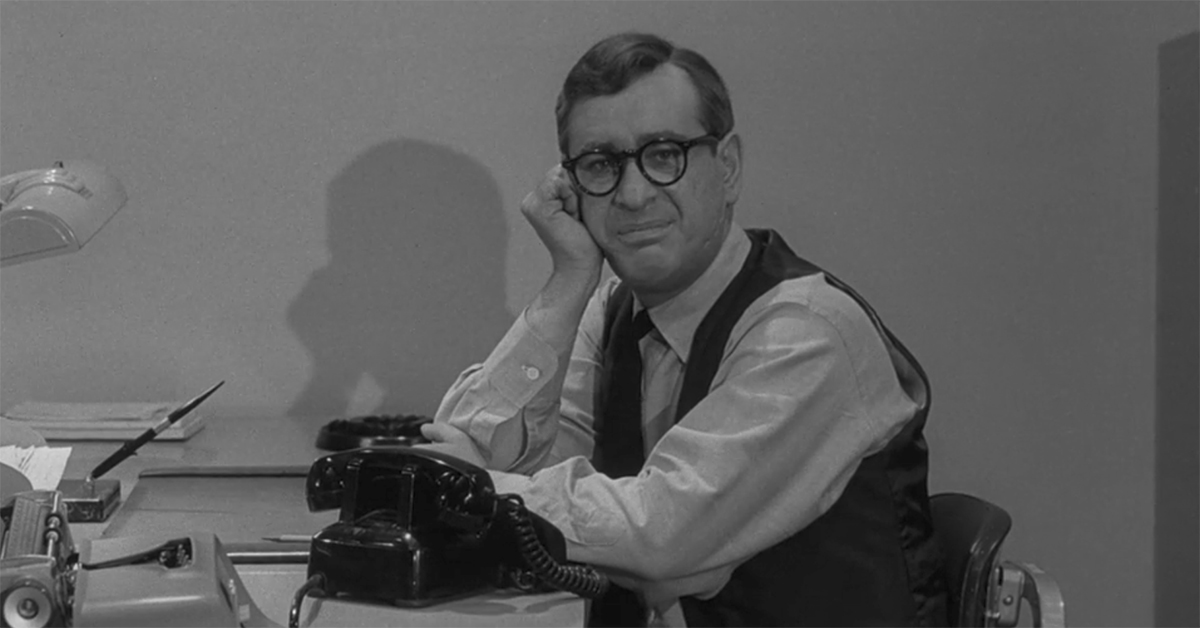 In 1959, at the 2nd Annual Grammy Awards, Shelley Berman took home the trophy for Best Comedy Performance - Spoken. It was the first Grammy ever granted to a non-musical performer. The Chicago comic earned the award for his stand-up album Inside Shelley Berman, on which he riffed at length on buttermilk and airlines — long before flying was standard fodder for comedians.

Berman had come up through the Windy City scene, having performed improv with the Compass Players, the troupe featuring rising stars like Ed Asner and Alan Alda that would eventually evolve into Second City. Before that, Berman had trained as a serious actor at the Goodman Theatre.

No wonder that comic brought range to his screen performances. Weeks before he nabbed that historic Grammy, Berman popped up on televions as a featured guest star in Peter Gunn, playing the title character in "The Comic." His next small screen role would be The Twilight Zone (pictured above), where he played numerous characters in "The Mind and the Matter," the tale of a downtrodden office worker who encounters a world full of his clones.

He was the first stand-up comedian to perform at Carnegie Hall. Berman continued to take guest roles on television shows like Car 54, Where Are You? ("Catch Me on the Paar Show") and The Mary Tyler Moore Show ("Divorce Isn't Everything"), as well as episodes of hits like Bewitched, Adam-12, Emergency!, CHiPs, Knight Rider and more.

In the new century, Berman had a late renaissance, portraying Larry David's father, Nat David, on Curb Your Enthusiasm. The role earned him an Emmy nomination in 2008.

Early this morning, Berman died at the age of 92, due to complications from Alzheimer’s Disease, according to Variety.

The Official Shelley Berman Facebook Fan Group shared a favorite photo of the comedian and this note: "He slipped away peacefully, in his sleep, with no pain, as far as his hospice care workers could tell. Right now, I'm a bit of a wreck, having spent much of the last couple of hours crying, pacing, being unable to concentrate, and, frankly, being conflicted as to how I should feel about all of this. … I love you, Shelley."

frances3agape 10 months ago
Awwww. Just saw this 3 year-old post.
"The Mind and the Matter" TZ episode, one of my faves, was the only thing I remembered seeing Berman on until his single appearance in the "Queens'bro Bridge " episode of THE KING OF QUEENS, as Arthur's half-brother.
Hmmm. will have to watch that MTM episode On Demand when our Xfinity repairman (hopefully) fixes our cable problem tomorrow. I have seem all of MTMs soooo many times, but have no recollection of him.
According to imdb.com, he was also in lots of tv and films, including "Meet the Fockers". I have not seen all of that movie, did not like it as much as the original "Meet the Folks."
Evidently his final appearance was in 2012 on an episode of the new "Hawaii Five-0".
HAVE to look him up on YouTube.
May the Funny Guy RIP
Like Reply Delete