Doughnuts are for everyone — even the family dog. 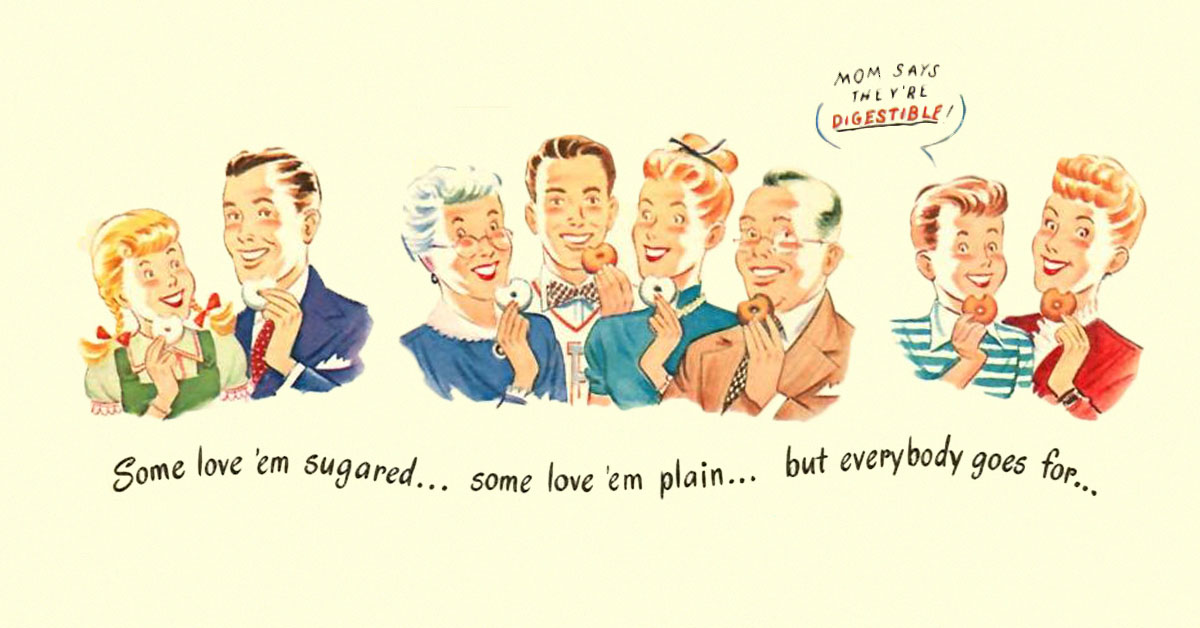 Today is National Doughnut Day. But let's be honest — every day is doughnut day. This is America. Doughnuts have been a part of diner cuisine, coffee time, office breaks and fast food for decades.

Dunkin' Donuts, Krispy Kreme, Tim Horton's and Hostess may be the first names to pop into the minds of modern doughnut lovers, but rewind the clock to the mid-20th century and you'll find popular brands like Jane Parker and Spudnut. Let's take a look at some old advertising for the circular treat. Of course it was sold as a health food at one point — even for your pets.

Declare your love for donuts with the new Toony donut t-shirt and mug!

In the mid-'60s, the Spudnuts chain was cranking out nearly half a million doughnuts per day, making it the largest doughnut franchise in the country. What was the secret? Perhaps it was the potato flour that gave Spudnuts its name.

Mister Donut was known by its signature hole in 1966. 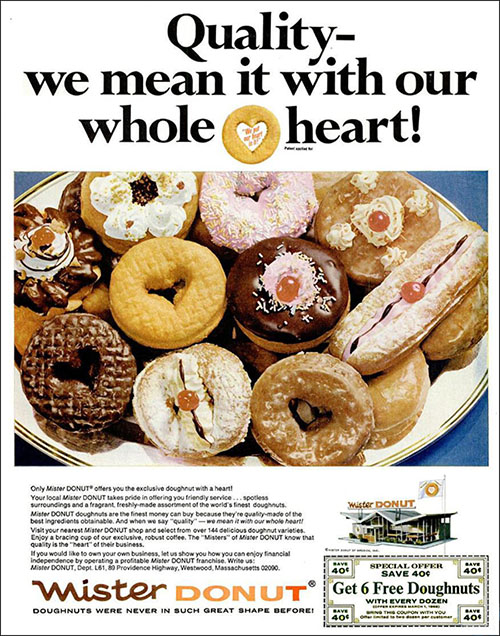 When you think of doughnuts, think of your heart. Well, perhaps don't.

Doughnuts were part of a nutritious breakfast. 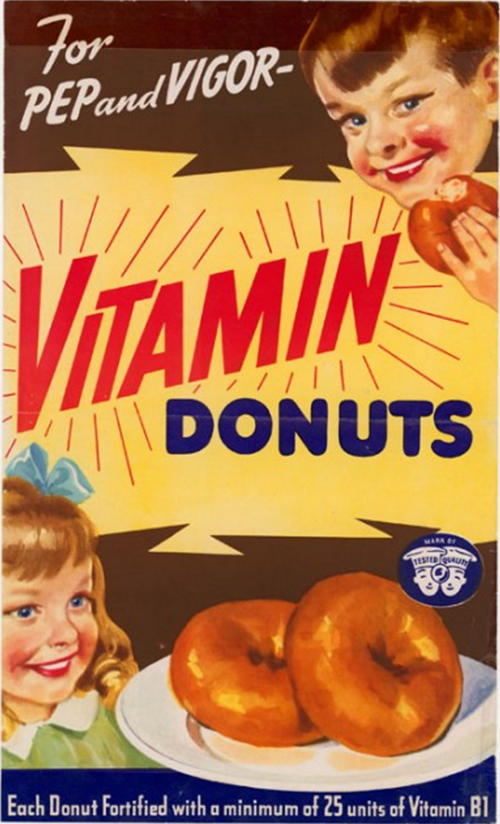 Who says doughnuts are not good for you?

Milk and doughnut time was all day. 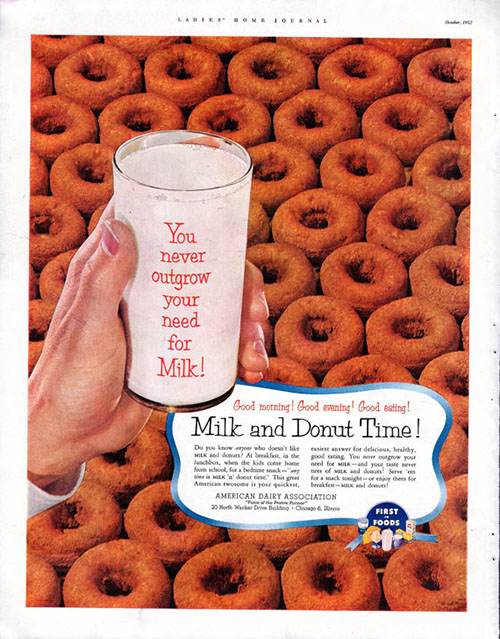 Morning, evening — whenever you need a boost.

Jane Parker cranked out a ton of doughnuts. 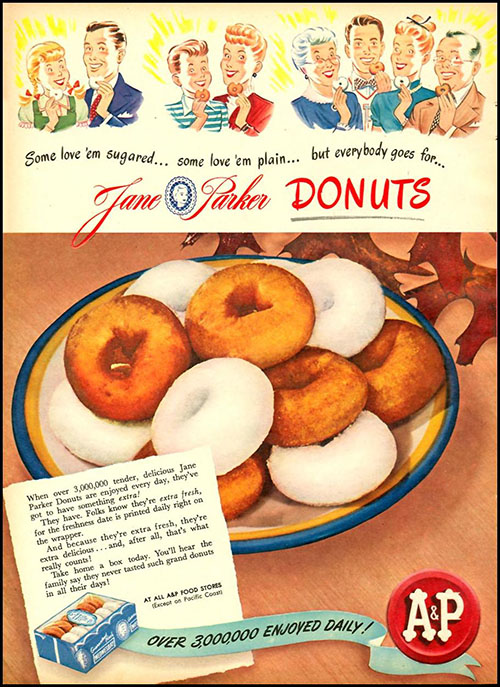 Millions picked up boxes from their local A&P. 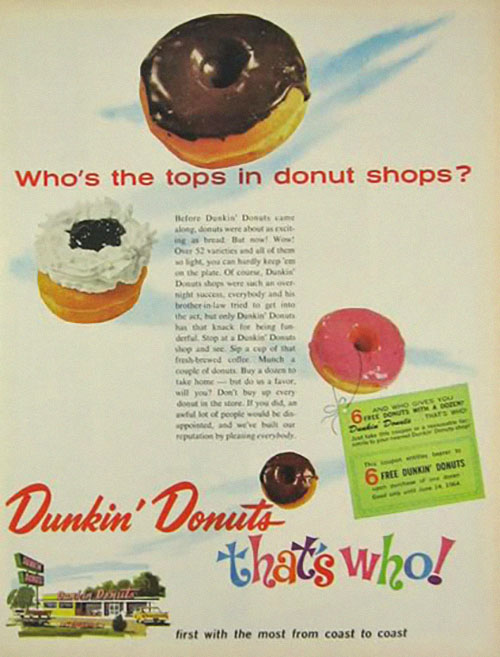 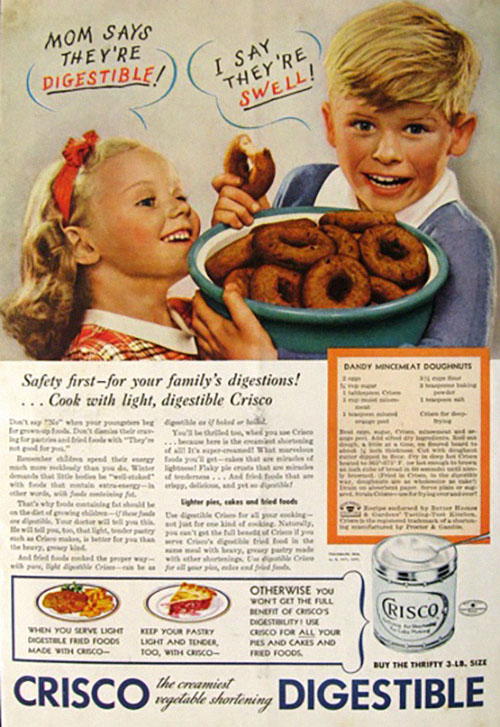 When it comes to food, you certainly want it to be digestible. 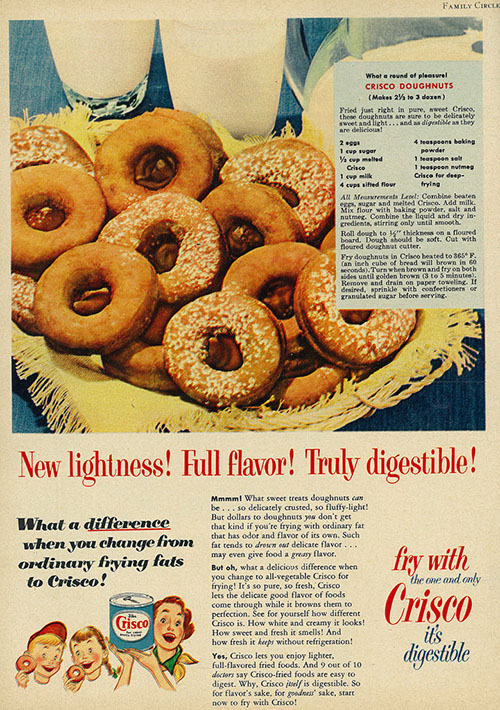 In case you missed it the first time, your body is truly able to process Crisco doughnuts. 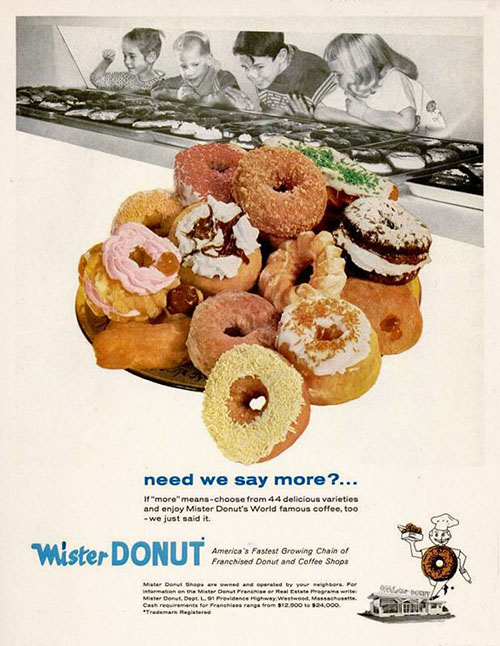 Can you think of 44 different doughnut varieties?

Frankenstein was a fan. 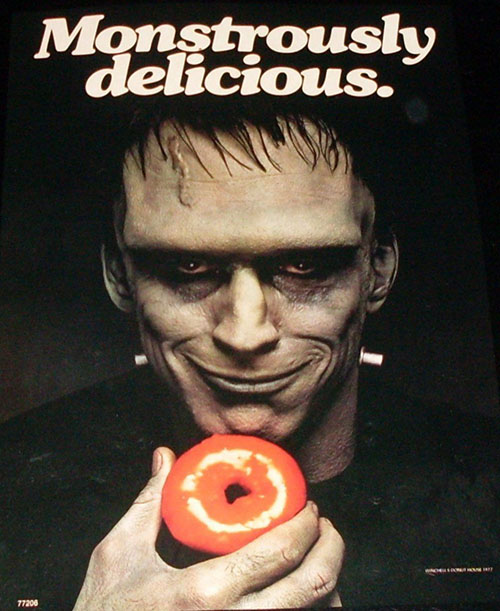 Even Fido was a fan. 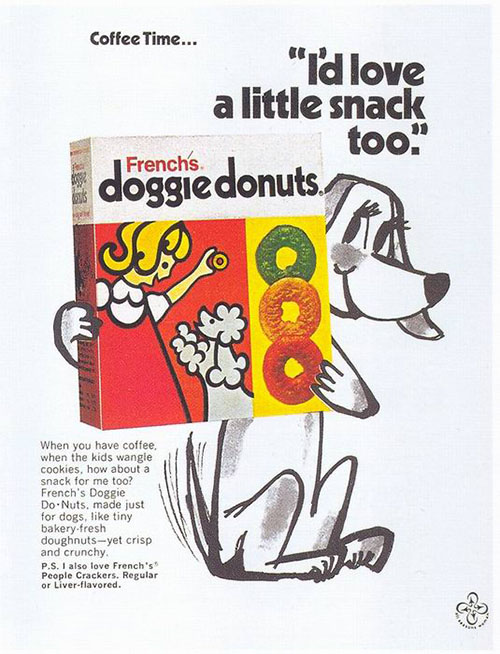 French's Doggie Donuts promised "the irresistible smell of fresh donuts." Be honest: Would you have eaten one on a dare?

MichaelVegas 19 months ago
EVERYTHING is digestible if you try hard enough. I remember the Frankenstein ads that made me want to go there so they did a good job there, we still have a couple of these places here in Vegas.
Like Reply Delete

ETristanBooth 20 months ago
My mother and I frequently went to Mister Donut (Jefferson St., Joliet) in the late 60s/early 70s, but I don't remember the heart-shaped hole.

The "doggie donuts" reminds me of that old Saturday Night Live sketch: puppy uppers and doggie downers.
Like Reply Delete

Dave 20 months ago
That print actor playing The Frankenstein Monster looks awfully familiar, but I can't place him? Anyone? Anyone? Bueller?
Like Reply Delete

Tlor 20 months ago
I think they pushed digestible for Crisco, because lard could hit your stomach rather hard :)
Like (1) Reply Delete