America’s #1 Classic Television Network
Find your local MeTV station
Where to watch
See when your favorite shows are on
See schedule
Personalize MeTV.com to follow your favorite shows
Free sign-up
Shop your favorite shows in the MeTV Store
Shop Now
Home / Stories / These 8 vintage frozen TV dinners look strange and unhealthy and we want to eat them all
food1970s

Peel back the foil and dig into these beans, franks, crisps, peas, chopped meats and Twinkies. 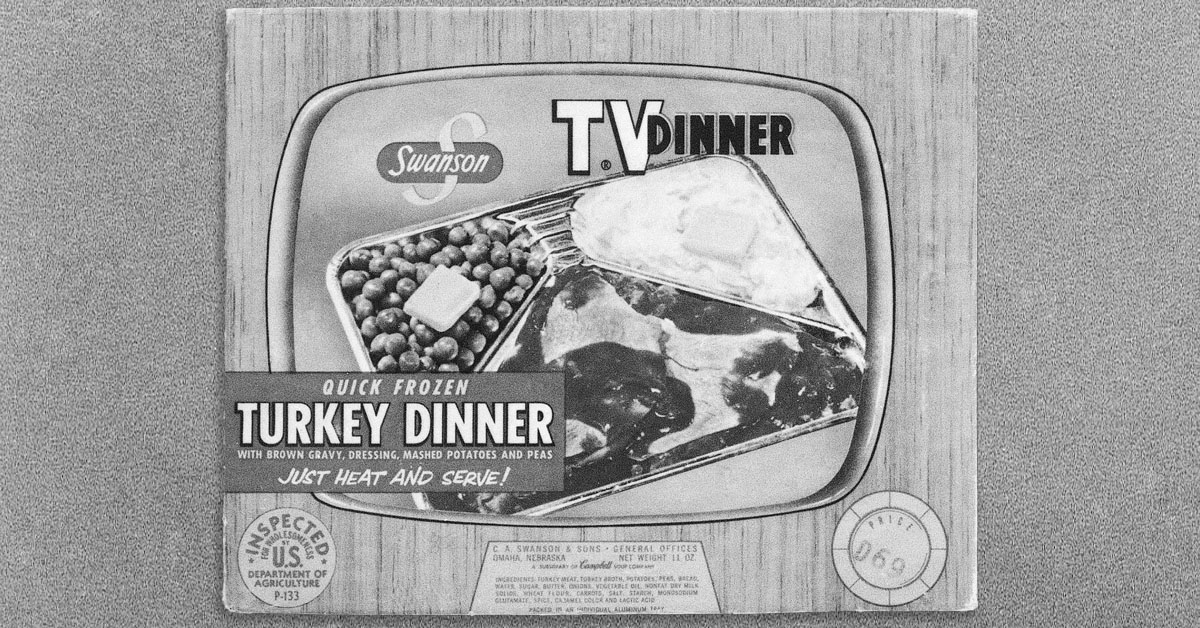 In 1954, Swanson revolutionized the American meal with its TV Dinner. The frozen, three-compartment platter sold for 98¢, which approximately converts to a hefty $8.65 in today's dollars. At least the aluminum trays came packaged in a nifty box that looked like a television, with the U.S.D.A. seal and price emulating knobs.

At first, the selection offered the staples — turkey, beef, chicken. But the industry quickly branched out, giving people a taste of "International" cuisine.

We are all a little nostalgic for TV dinners, the peeling back of the foil, the tongue-burning hot apple desserts that we would always eat first. Here are some of the more creative frozen meals from the 1960s and 1970s. 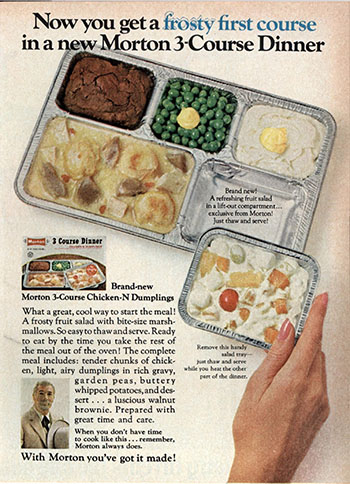 The "handy salad tray" could be removed to keep a cool portion. Wait… that's a salad? It looks like a fruit cup in Elmer's glue. It draws our attention away from the main course. We are not quite sure which chunks are the "Chicken-N" and which are the dumplings. 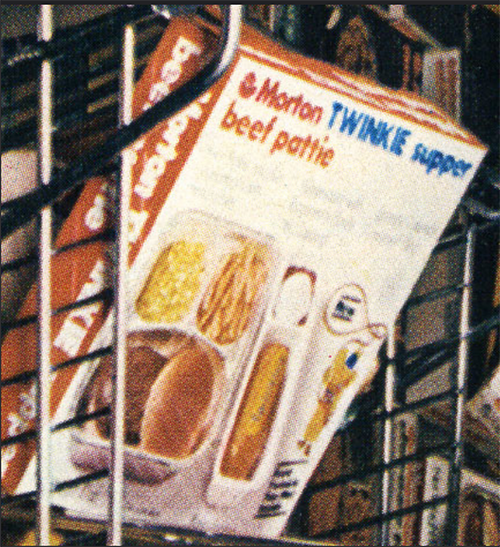 This comes from a 1974 ad for Morton. One could get a Twinkie with a burger, some spaghetti, pizza or a hot dog. A.k.a. the breakfast of champions. 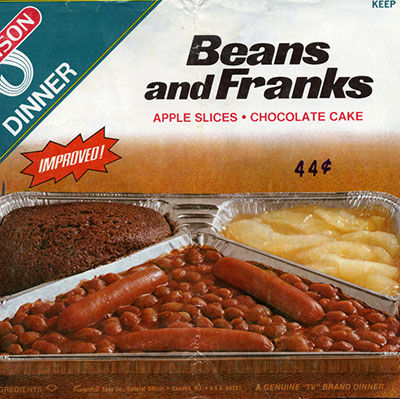 The arrangement of the hot dogs looks like an emoji for a sad face. Flipping the frank would have done wonders for the subliminal messaging.

See how much happier this looks? 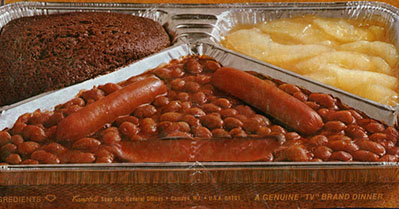 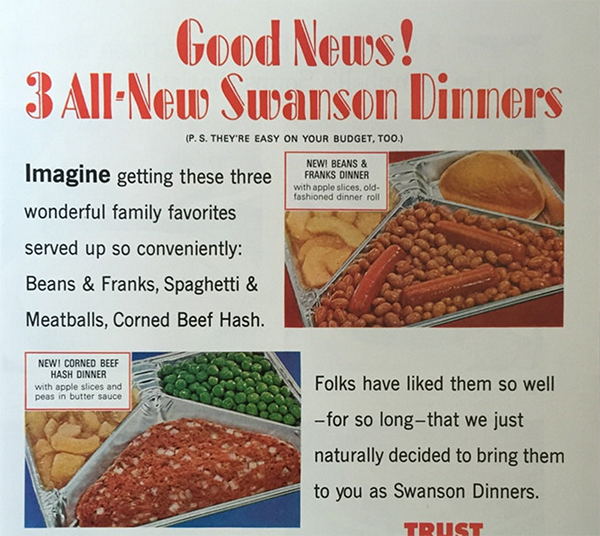 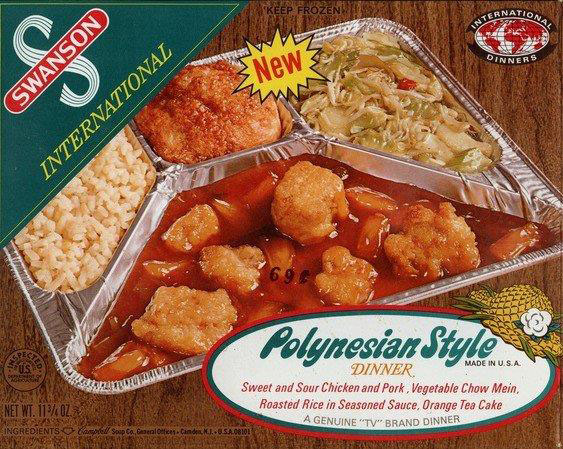 For a taste of the Pacific, Swanson bundled chow mein, an orange tea cake and fried meat chunks into a mouth luau. 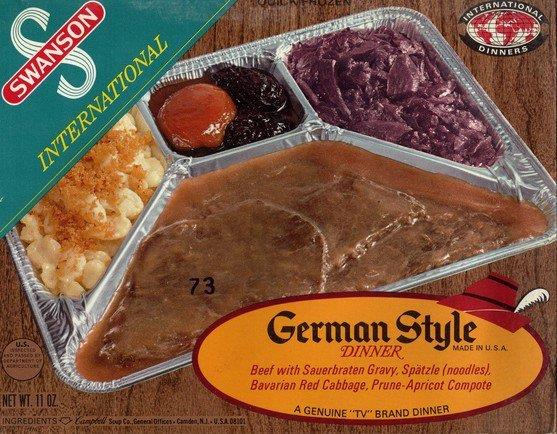 The dessert is typical the big draw on a TV dinner, but this one looks like a petrified egg. The looks like something from Grimms' Fairy Tales. 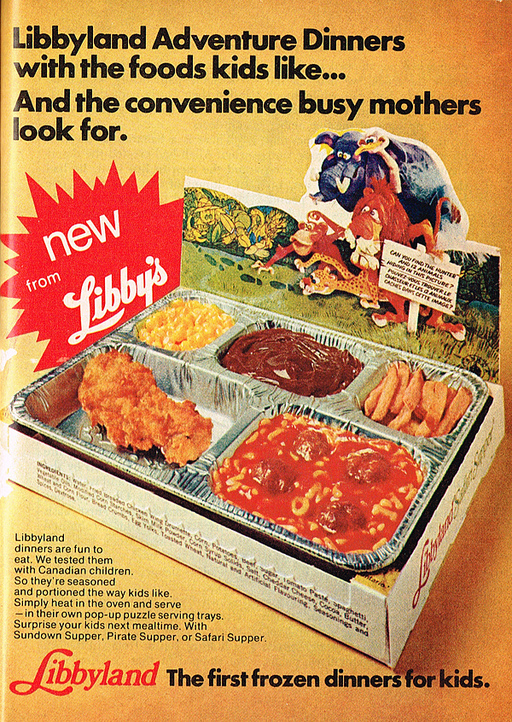 Libby's went after the younger set with their playful Libbyland meals. Originally, they came with "Magic Milk," which was later replaced with the branded Nestle's Quik. The box popped up into a cartoon backsplash, and the options included Pirate Picnic, Sundown Supper, Sea Diver's Dinner and Safari Supper. Putting images of monkeys and lions on a box of a mystery meat might not be smart marketing. The kid in the ad does not seem exactly jazzed to eat this. 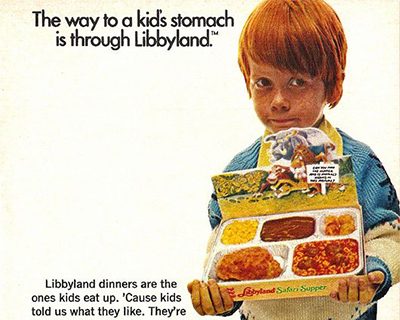 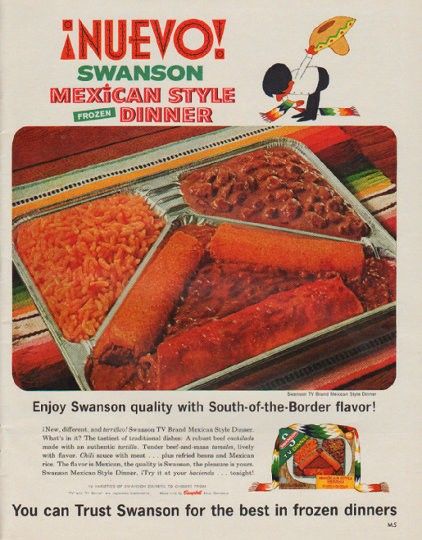 They say your meals should be colorful. Well, this tray was a rainbow of brown, burnt orange, burnt sienna, rust, brick, ochre and umber. It was basically camouflaged in the shag-carpeted, wood-paneled living rooms of the 1970s.

DanKrantz 7 months ago
The kid in the Libbyland Safari Supper ad looks like a very young Billy Mumy.

KarlaFlannagan 18 months ago
If I saw the beans and Frank's dinner in the store I would buy all of them! Love loved them
Like (1) Reply Delete

jimilou 18 months ago
Wow... that brought back some memories. The Beans & Franks were my favorites as a kid, and I'd forgotten all about the Safari Supper!