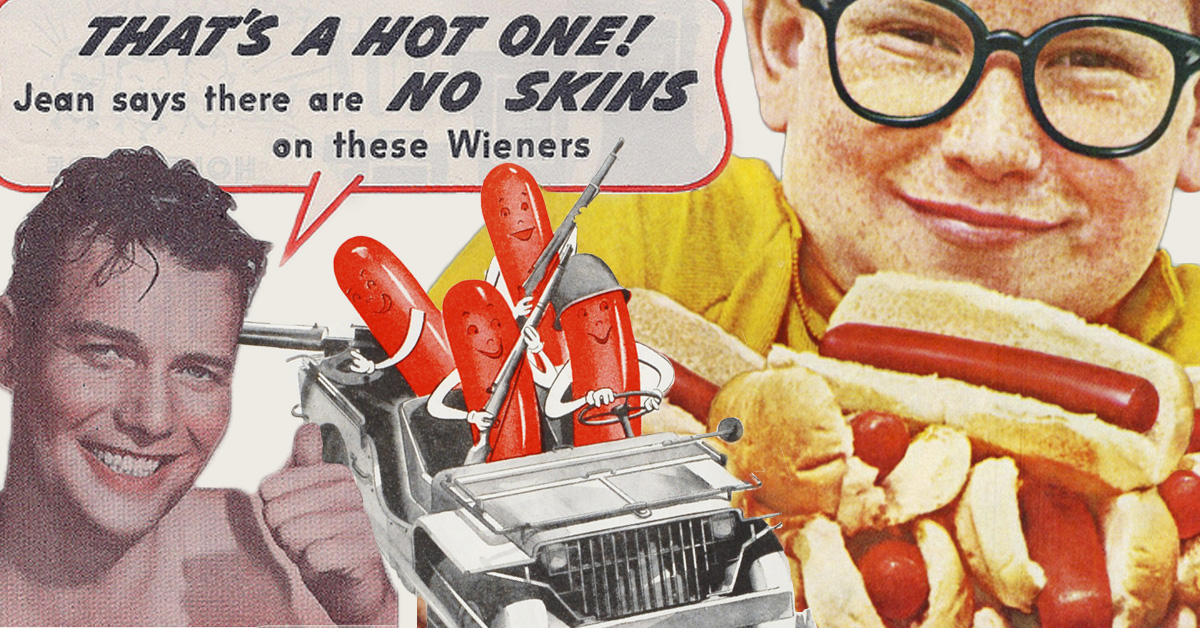 Even vegans bring their Tofu Pups to the table.

Of course, hot dogs are an all-American meal any day of the year. They have long been a part of our family dinner table, from Skinless franks to Oscar Mayer wieners to the gourmet dogs of the modern grocery aisle. Let's take a look at some vintage print advertisements that will either have you hungering for hot dogs or opting for a burger. 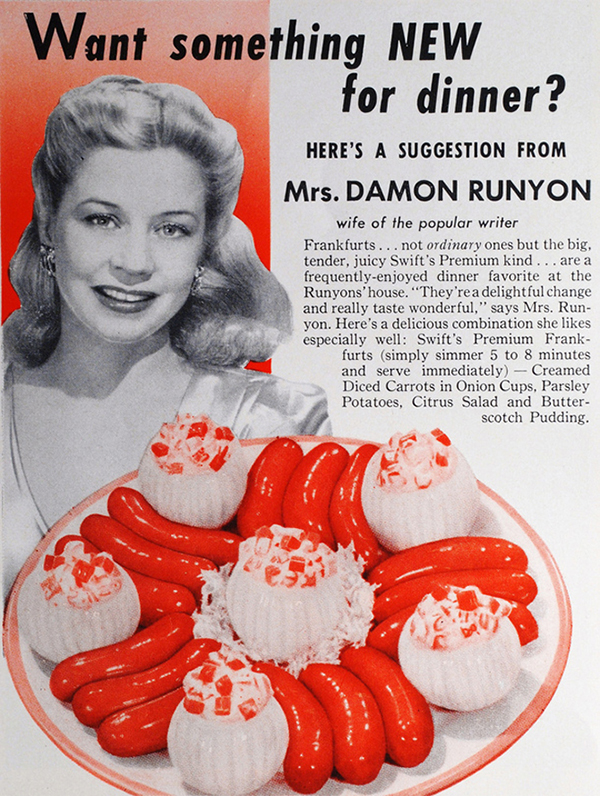 Do not try dunking your hot dogs in milk. 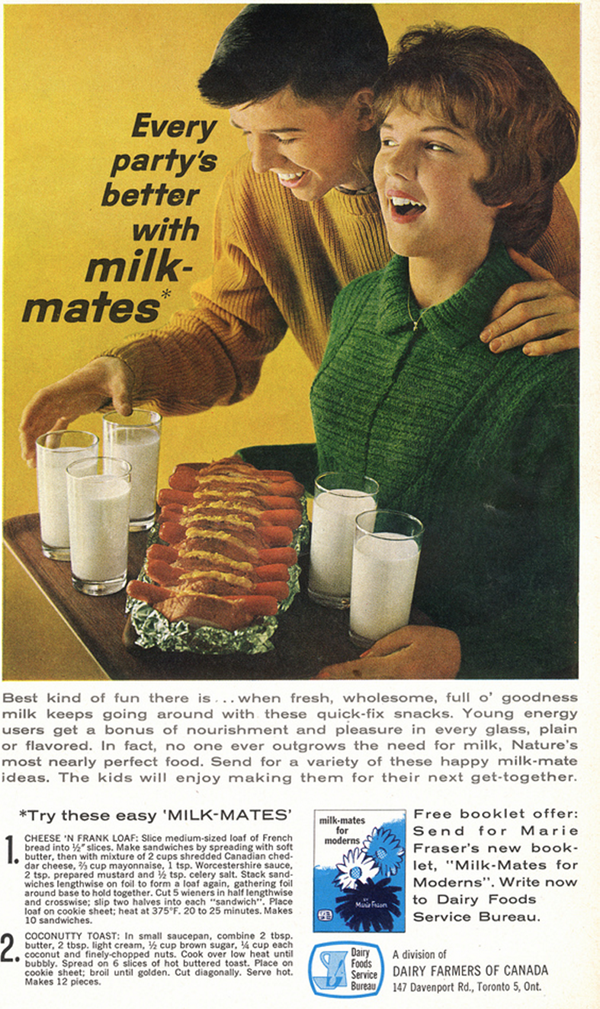 Oscar Mayer hid BBQ in cans with its "Sack O'Sauce." 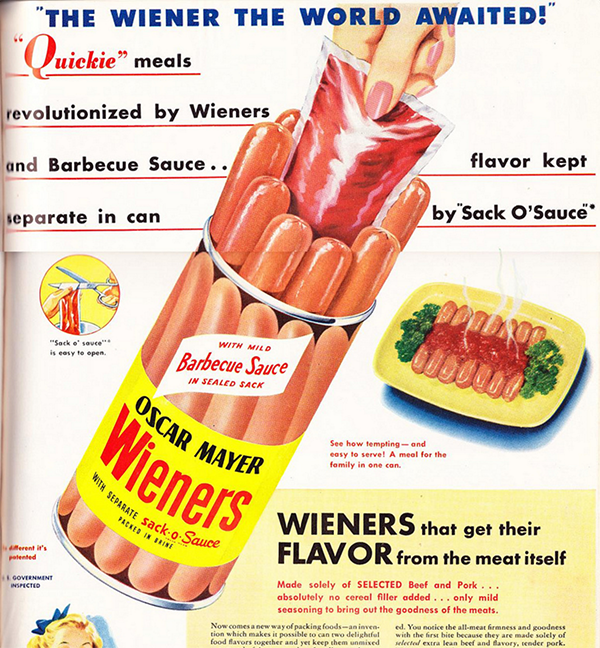 "DO NOT BOIL," the ad warns. Well now we really want to boil them to see what happens. 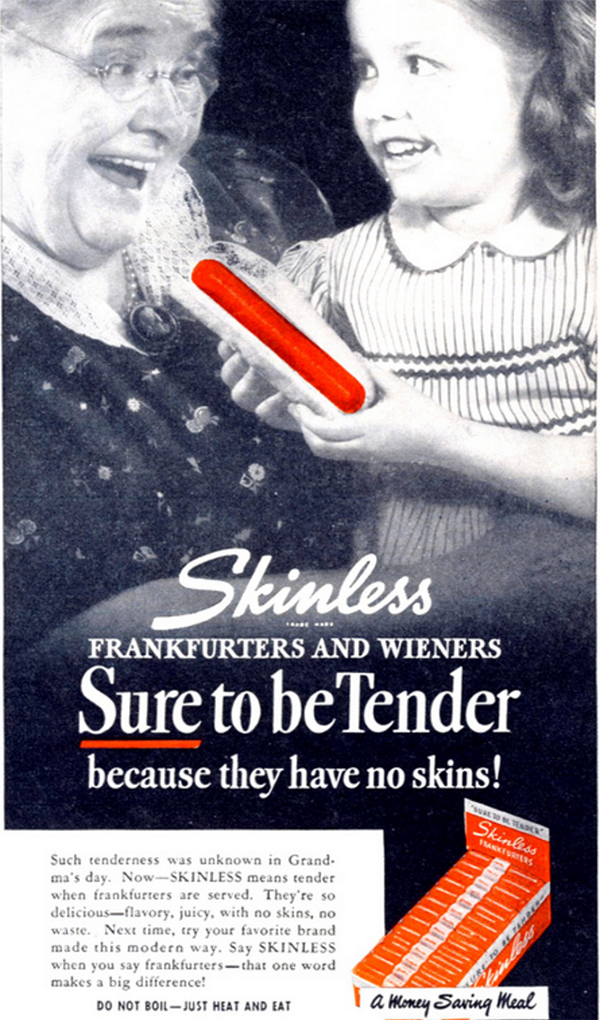 No weirder than Pigs in a Blanket. Okay, a little weirder. 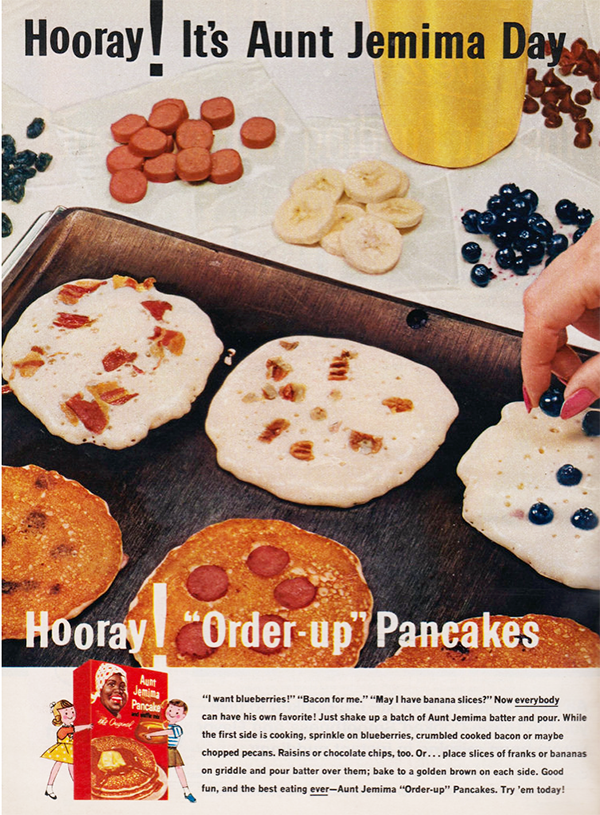 A young Conan O'Brien or a young Joey Chestnut? 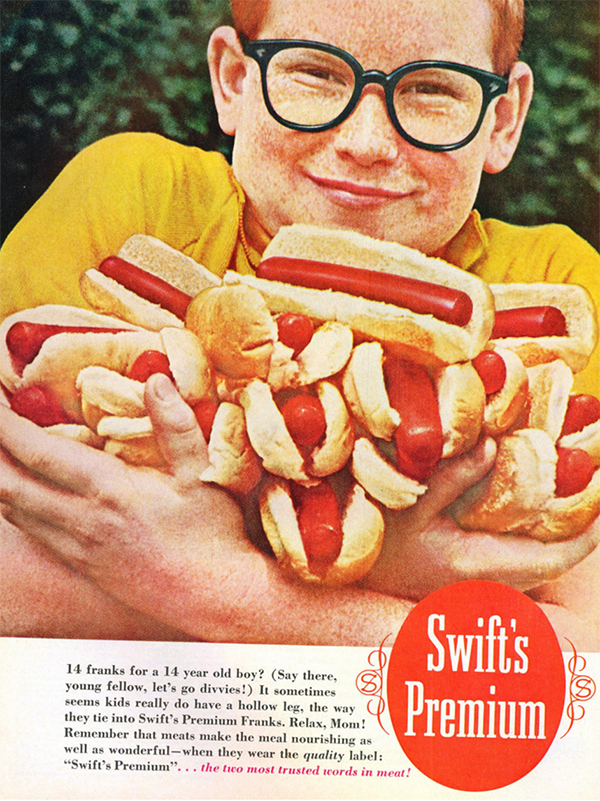 "Hot Dog" and "Chowder" are not words you find together in modern cuisine. 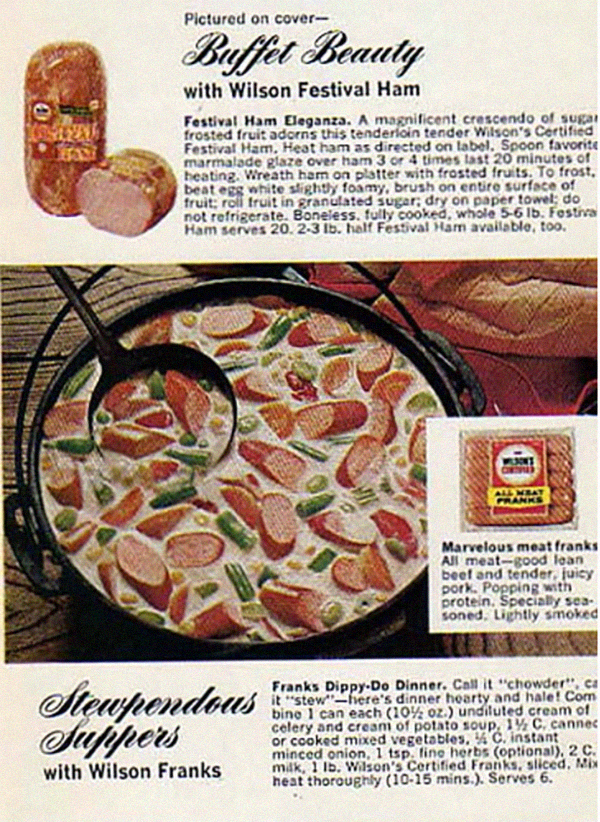 Coca-Cola recommended dumping potato salad atop your dog in 1978. 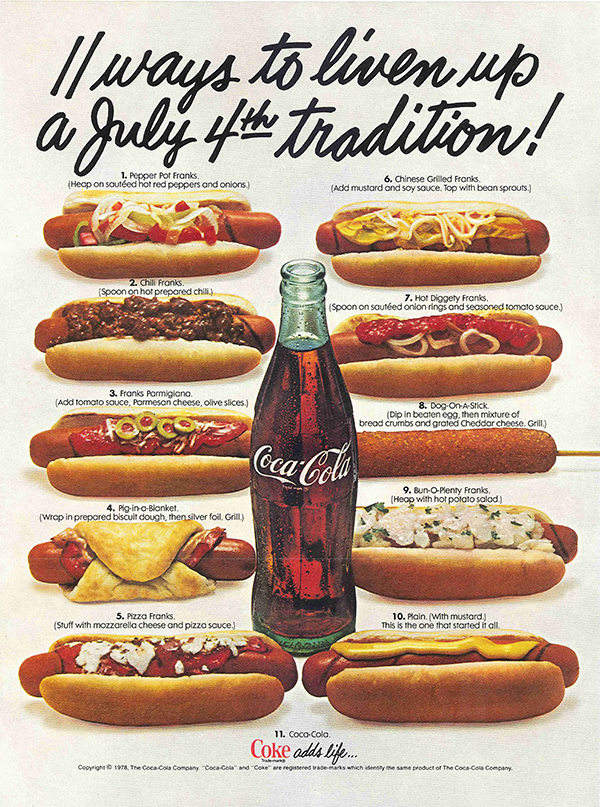 There are many ways to slice a hot dog, especially if you want it to resemble a sea creature. 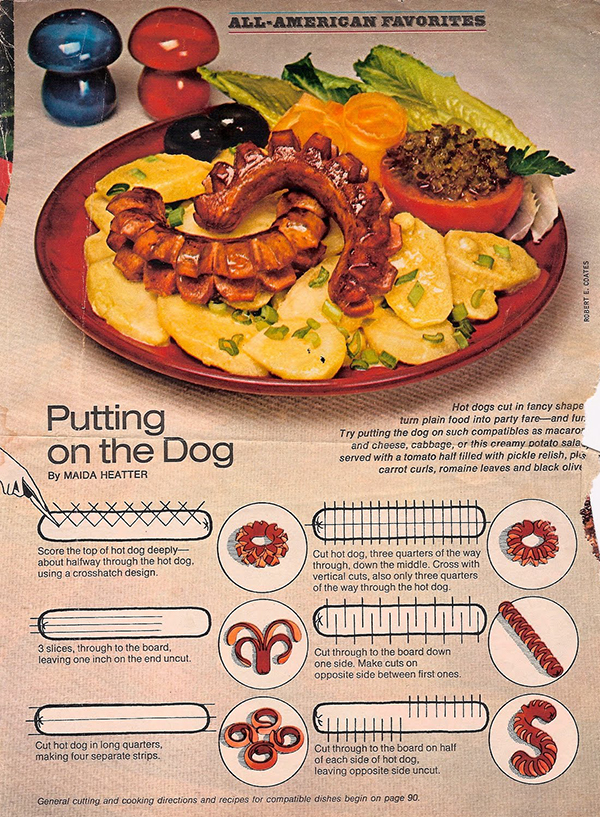 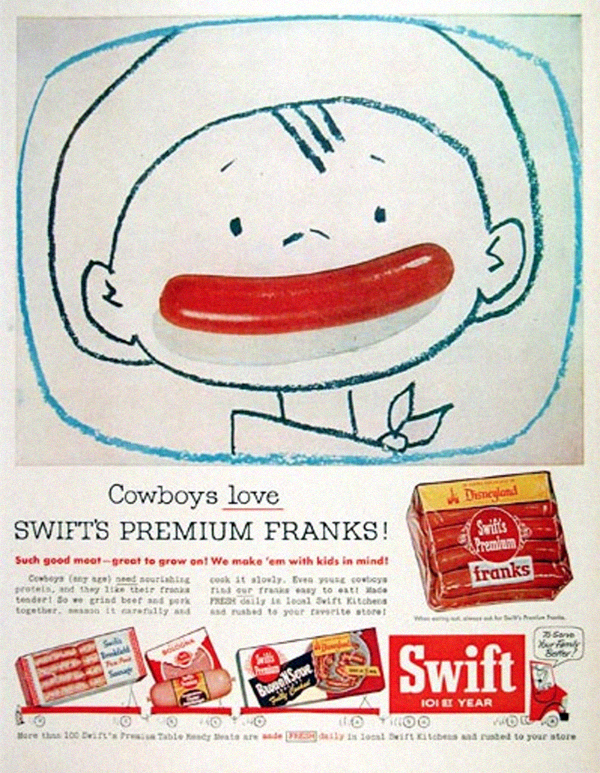 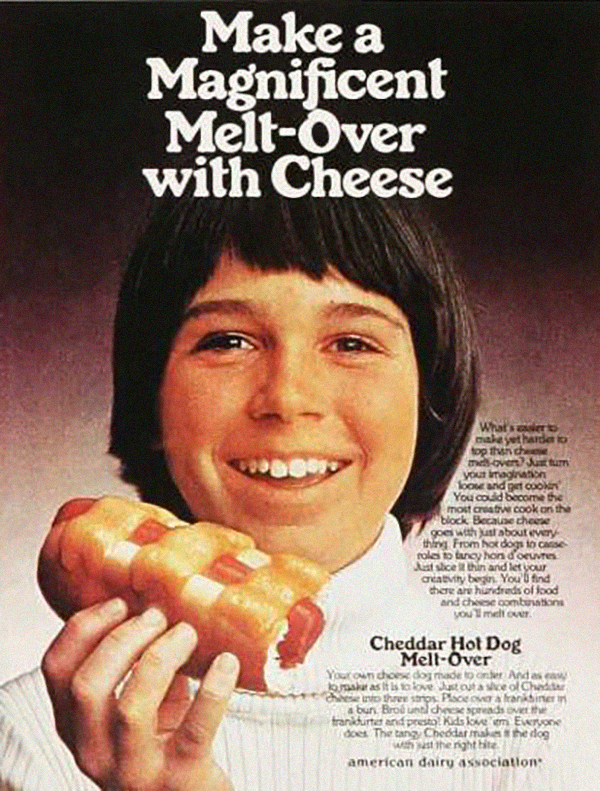 Frankfurter Crown Casserole is the food of kings. 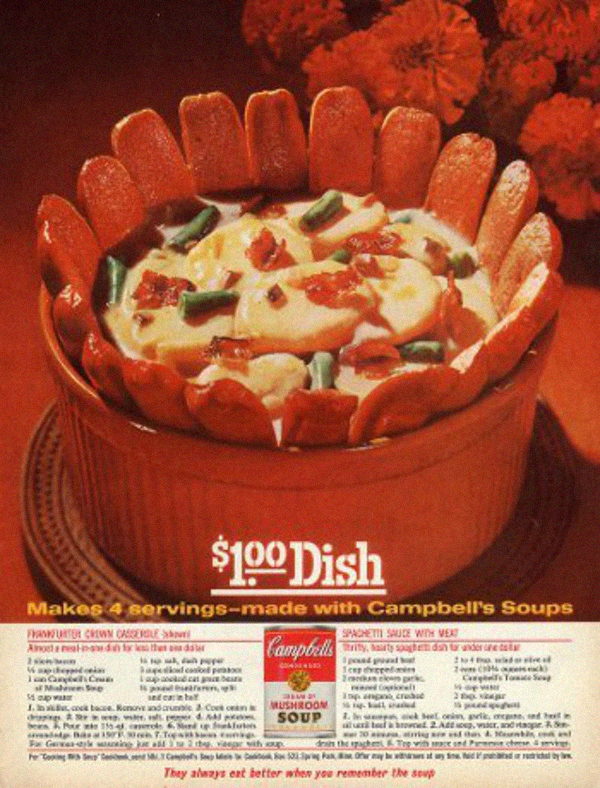 Remember when mom would just throw some pantry items into a pan? 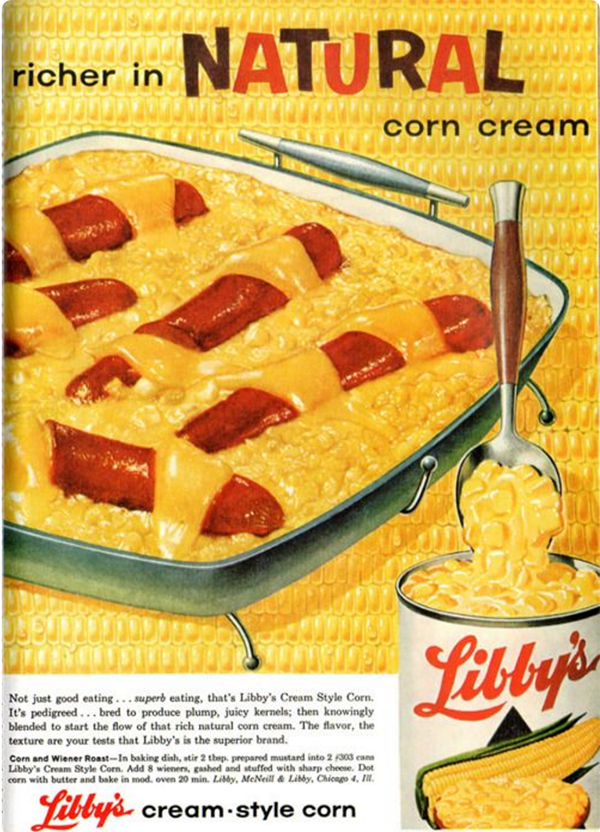 Germany may be the home of frankfurters, but hot dogs helped us win the war. 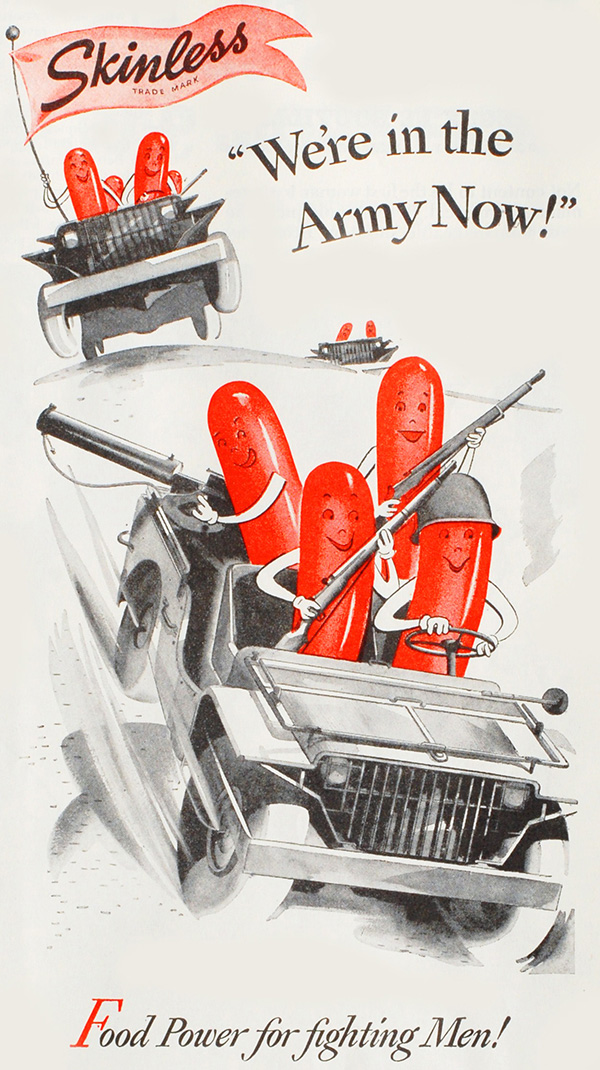 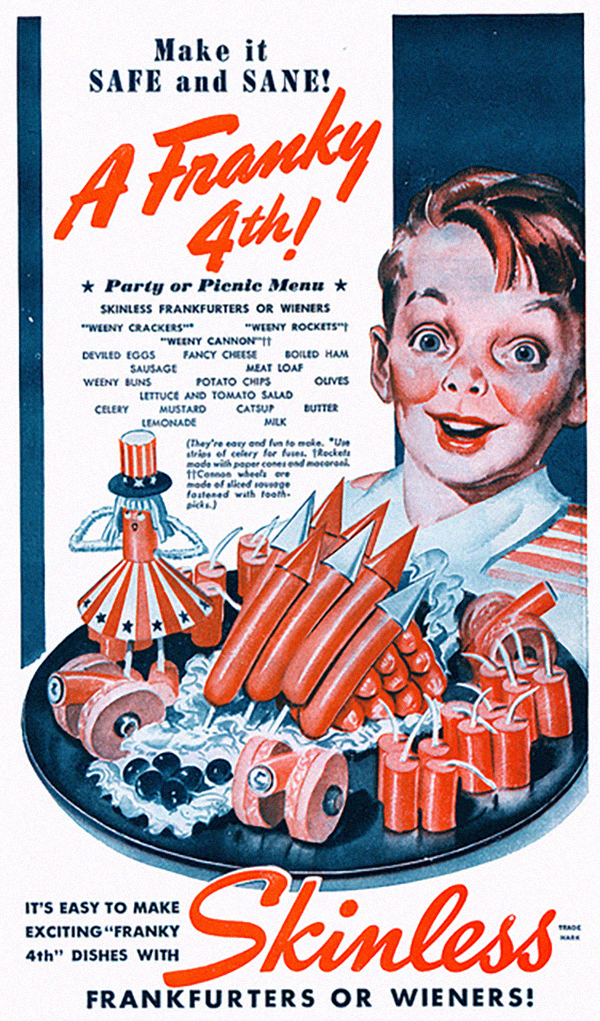 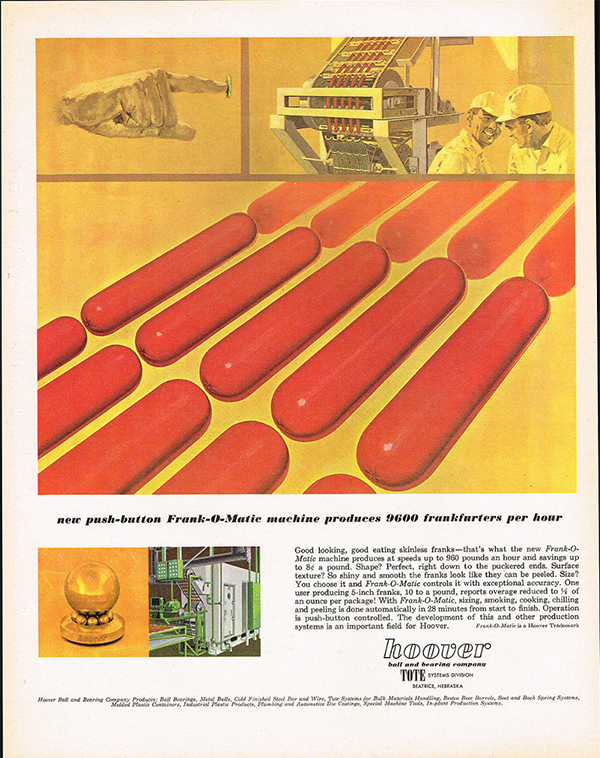 This one slathers on the double entendres like mustard. 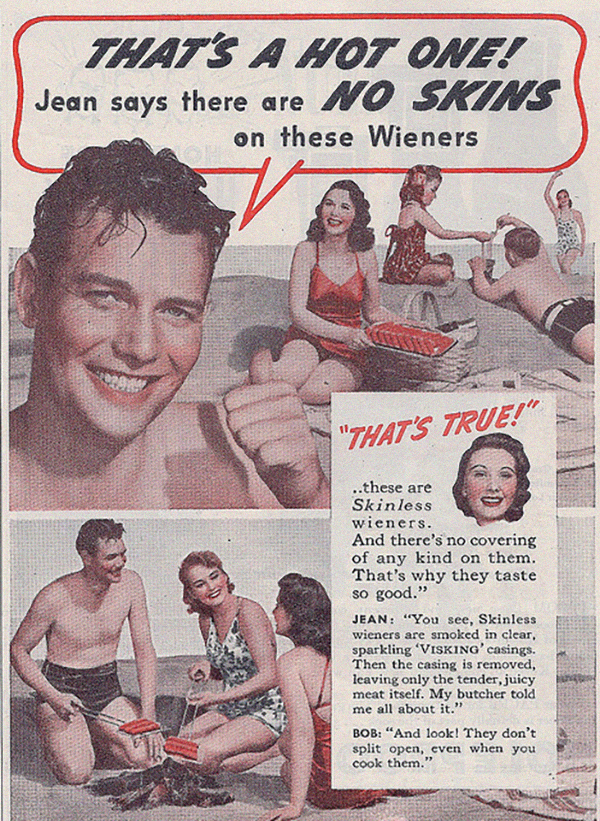 Pillsbury sold its "Wiener Wraps" in Onion and Mexican flavors. Not for long. 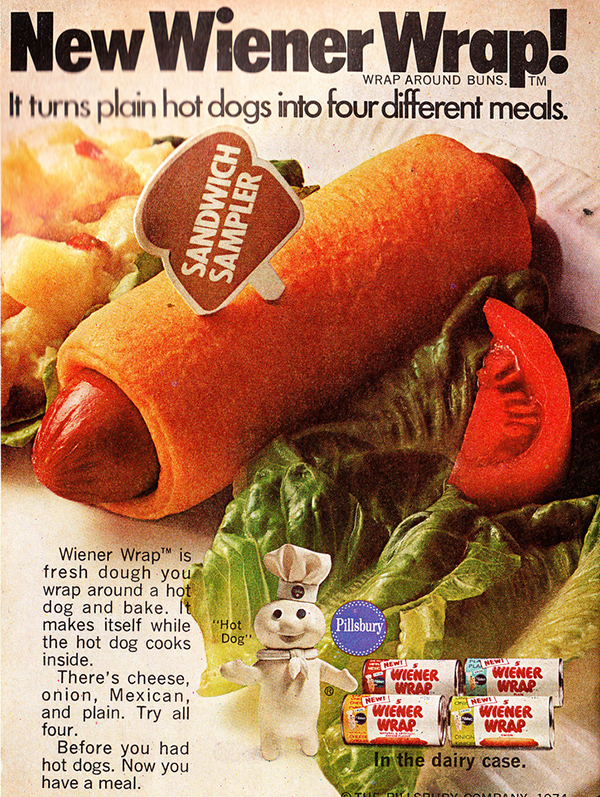