'Star Trek,' 'Batman' and others hit the half century mark this year. Party accordingly. 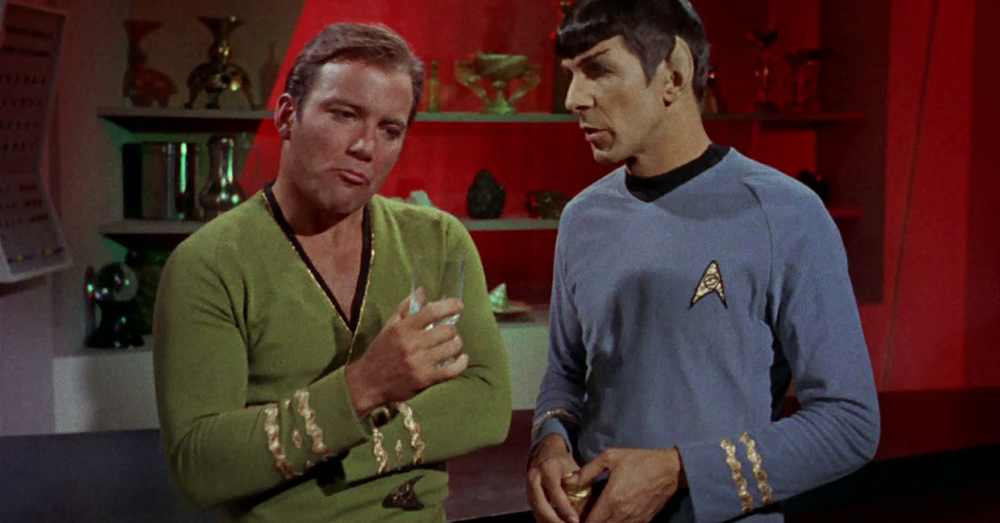 We're going to need a lot of candles. Four hundred and ten of them, in fact. Then again, this is just a sampling of television series reaching a landmark year in 2016, so perhaps we should order thousands.

The years 1966 and 1976 delivered some of the most memorable and lasting series in television history. Half a century ago, superheroes, spies and sci-fi took over the listings. A decade later, a couple roommates from Milwaukee stole our hearts. As the calendar turns the page to a new year, here is a quick rundown of some significant anniversaries on the horizon. Most of them can be seen on MeTV. Stay tuned for more celebrations throughout the next twelve months.

Few shows reshaped the look and tone of television like this lovably lighthearted comic book brought to life. With its bold colors, tilted angles, famous villains and bright costumes, Batman led other series like The Man from U.N.C.L.E. to follow suit. In the first episode, "Hi Diddle Riddle," the Dynamic Duo squared off against Frank Gorshin's Riddler.

Though it was not the first episode made, "The Man Trap" kicked off the voyages of the Starship Enterprise. Half a century later, it remains a growing franchise. The birthday party has begun for the science-fiction titan, with a new clothing line, new series, new movie, cruise and Christmas ornaments already announced. Who knows, if Shatner has his way, there could be a musical too.

Though it followed and crossed over with Batman, The Green Hornet struck a much different tone than its vigilante peers. The action and plots were taken seriously, though remained a joyous thrill thanks to Kato. Though it lasted just a season, the series made Bruce Lee a household name. The debut outing, "The Silent Gun," also introduced America to the Black Beauty, which remains on of the coolest vehicles in screen history.

Creators Edmund Hartmann and Don Fedderson were coming off My Three Sons, well on its way to becoming the second longest running sitcom in history. Their follow-up, Family Affair, was not the same success, but that is no knock — not much else is, really. The sitcom ran for half decade and logged 138 episodes, chronicling the life of a bachelor in Manhattan raising his orphaned nieces and nephew with the aide of an English butler. The eldest, Cissy, was played by Kathy Garver. Read an excerpt from Garver's memoir, Surviving Cissy.

Interesting that Star Trek and Mission: Impossible were Desilu productions premiering so close together, and today they both continue to be major Hollywood franchises for Bad Robot Productions. The pilot is of note because the self-destructing message was delivered on a vinyl LP, not a tape. It was also the only episode to be written by creator Bruce Geller.

Schlemiel! Schlimazel! Hasenpfeffer Incorporated! While Happy Days took a few years to reach the top of the television mountain, this spin-off was an immediate smash. Laverne & Shirley climbed the Nielsen charts quickly and became the number two series on television behind its parent. Fonzie popped in for the first episoe, "The Society Party." Read our recent interview with Cindy Williams.

The game show ties in with the newest member of the MeTV family, Mama's Family. In one episode, Thelma Harper and clan appear on the show. Of course, host Richard Dawson was already quite familiar to American audiences for his role on Hogan's Heroes.

Jim Henson's felt creations had two pilots in the preview two years, but it was not until '76 that the series took off. Many notable MeTV faces played host on the madcap variety show, from Jim Nabors on episode two to Florence Henderson on episode nine. Oh, and Lynda Carter had an awesome appearance, too. Check out nine MeTV stars who hosted The Muppet Show.

The Odd Couple ended in 1975, but it did not take Jack Klugman long to craft another lasting television persona. The 75-minute episodes originally aired as part of the NBC Mystery Movie series. There would only be three in 1976, the first being "Go Fight City Hall... to the Death."