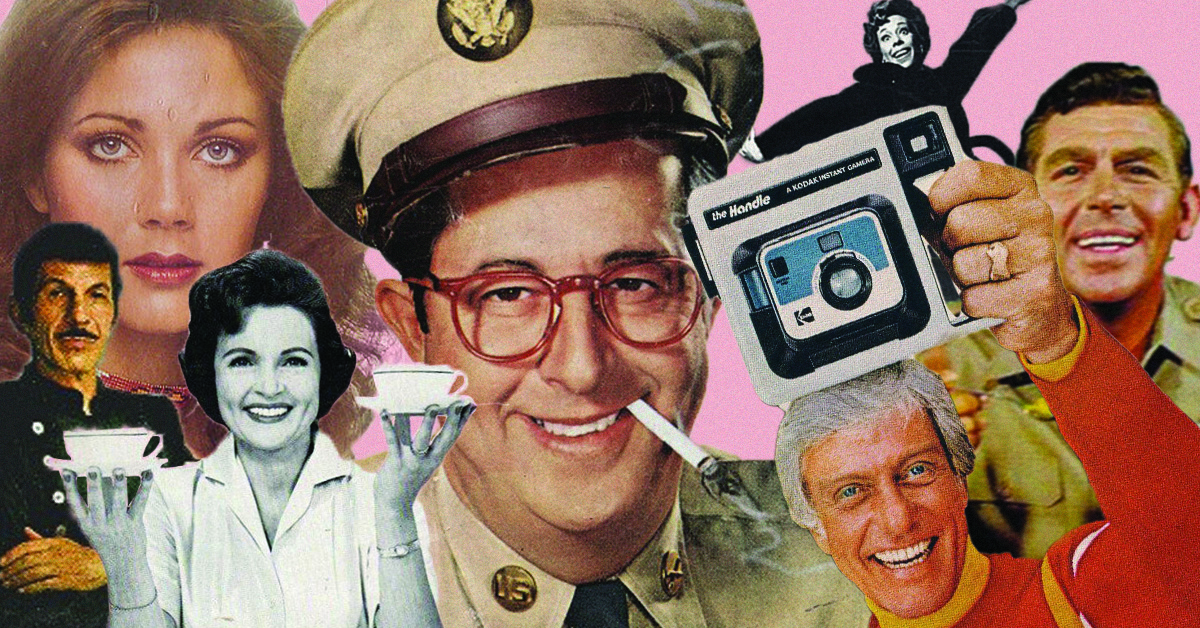 Television and commercials have always been together. Decades back, comsumer products sponsored and produced TV programs. Remember, they were called soap operas for a reason. It's no wonder that the stars of the small screen made natural spokespeople for American goods. Who was more trustworthy than Sheriff Andy Taylor? Would he really lie about his favorite breakfast?

Let's take a look at some vintage print advertisements that utilized familiar faces from Star Trek, Bonanza, The Twilight Zone and beyond.

See Also: 17 vintage ads that prove everything was patriotic in the summer of '76 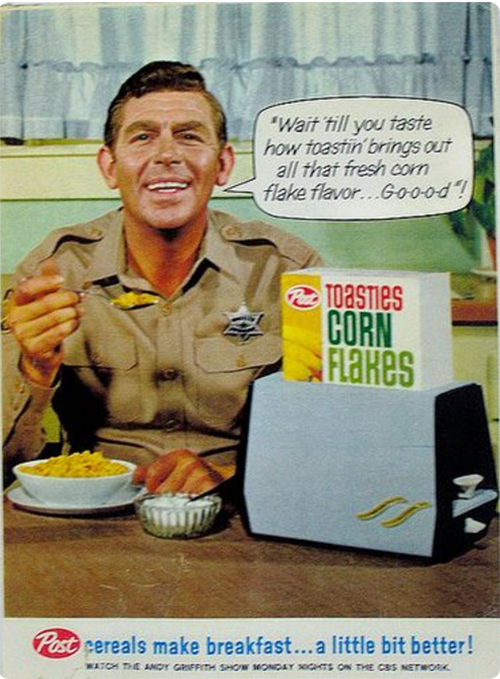 Post Cereals sponsored The Andy Griffith Show, and its stars in turn pitched its flakes. Today, there would be fine print at the bottom of the ad warning people to not actually put their cereal boxes in the toaster. 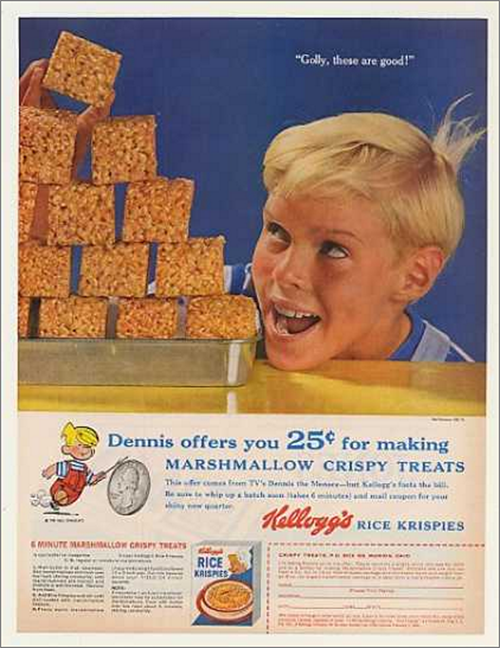 Dennis the Menace can't help but sneak a snack. Wouldn't a true menace take one from the bottom? 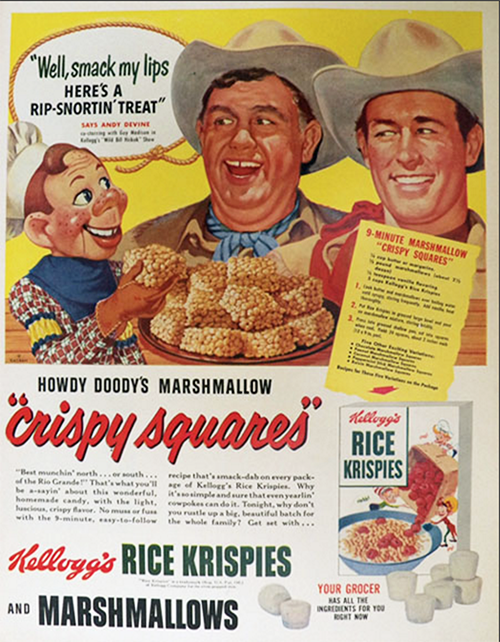 The beloved puppet was a (paid) fan of the marshmallow treats, too.

See Also: 15 vintage ice cream ads that will have you hungering for summer 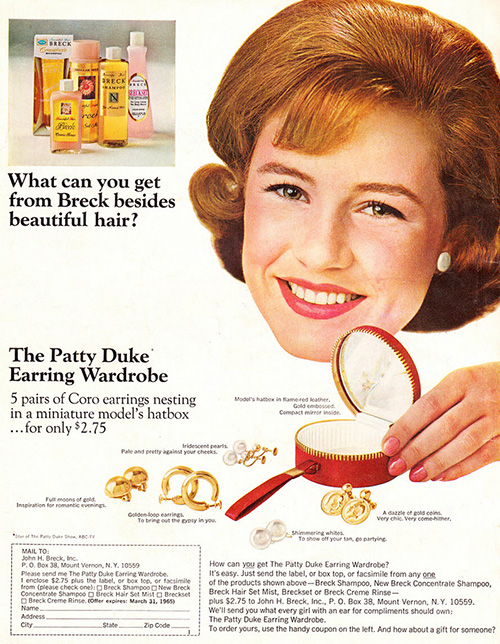 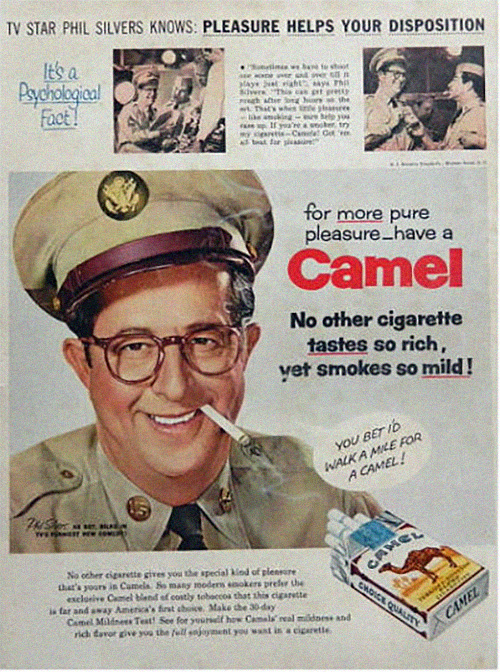 The fine print at the top explains how Silvers smokes to relax while filming as the long hours can "get pretty rough" on the set. The British version of the ad featured different text. 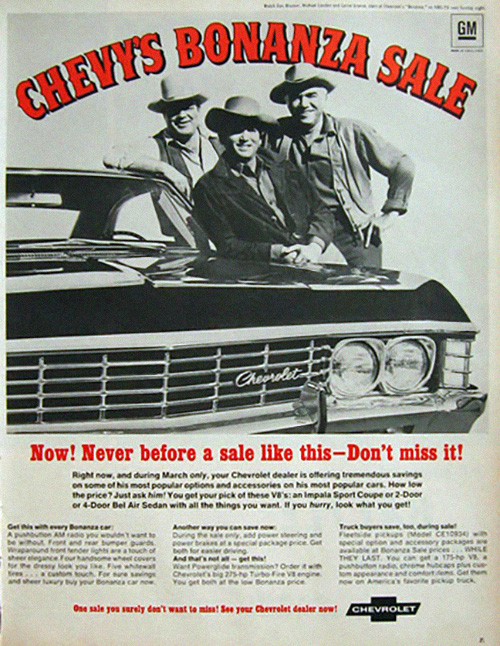 A true cowboy would get leather seats inside the Impala or Bel Air. 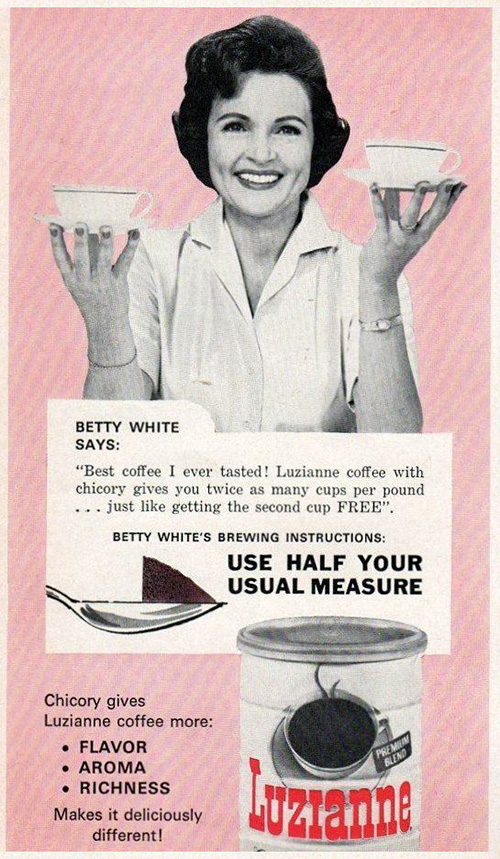 Living legend White was between Life with Elizabeth and Mary Tyler Moore, appearing on game shows like Match Game, when she promoted this chicory enhanced java in 1964. 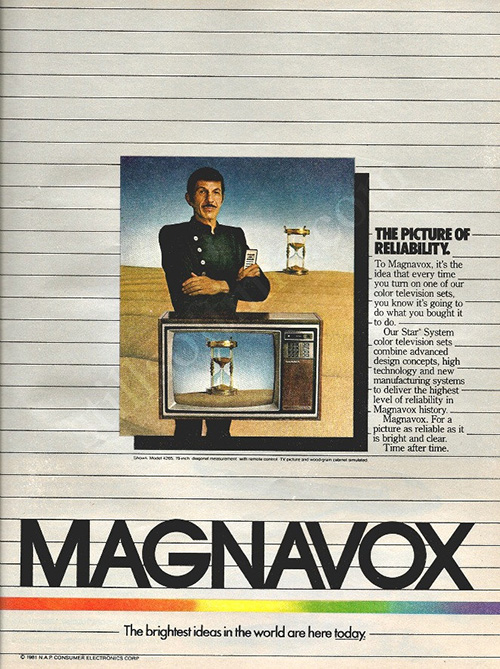 We'd buy anything from Mustache Spock. 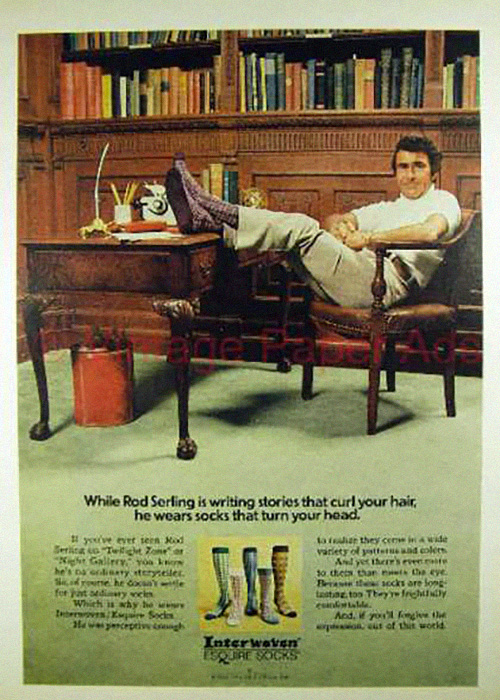 "It is the middle ground between light and shadow, between science and superstition, and it lies between the pit of man’s fears, and the summit of his knowledge…" It is… socks? 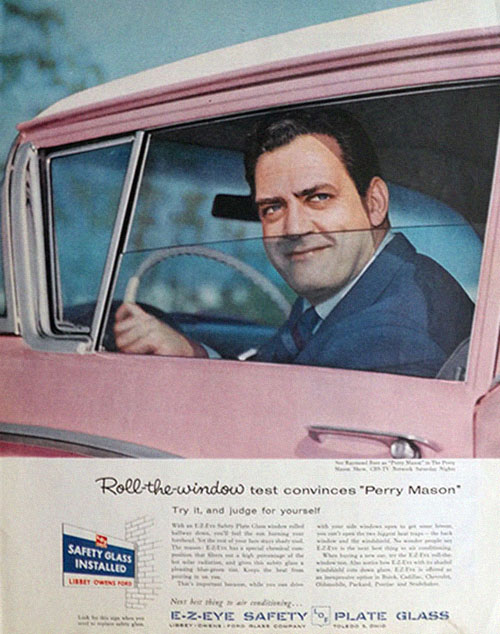 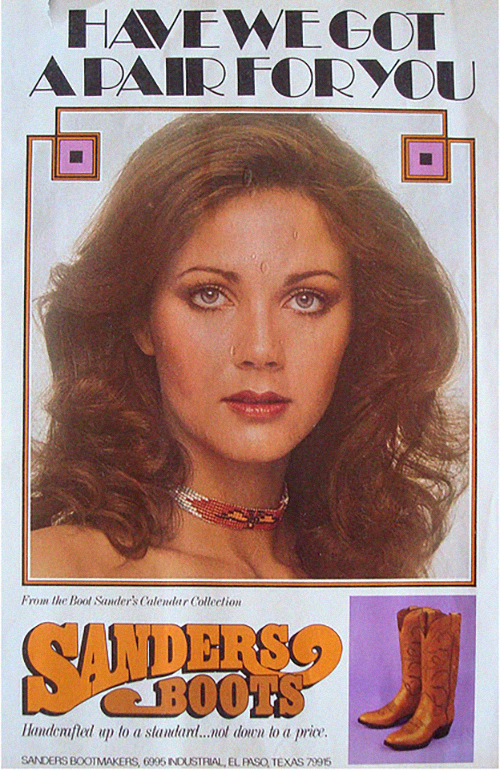 Give her credit for not rolling her eyes at that double entendre. 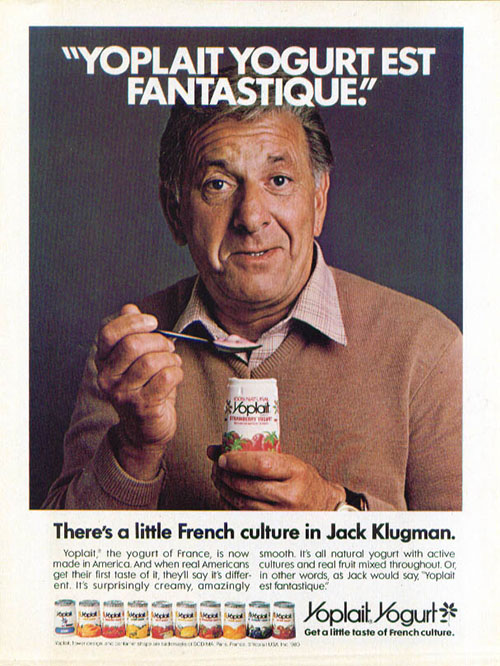 The man known as Oscar Madison helped intoduce Yoplait to America in 1979.

Image: Yoplait via The Jumping Frog 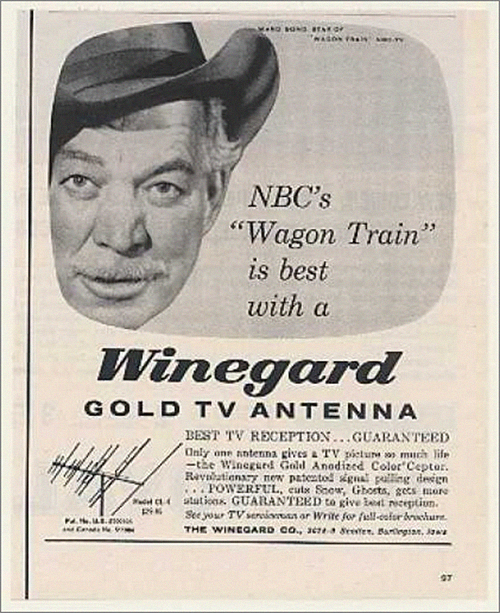 You couldn't watch Wagon Train without an antenna. You can still get Wagon Train for free today from MeTV with a digital antenna. 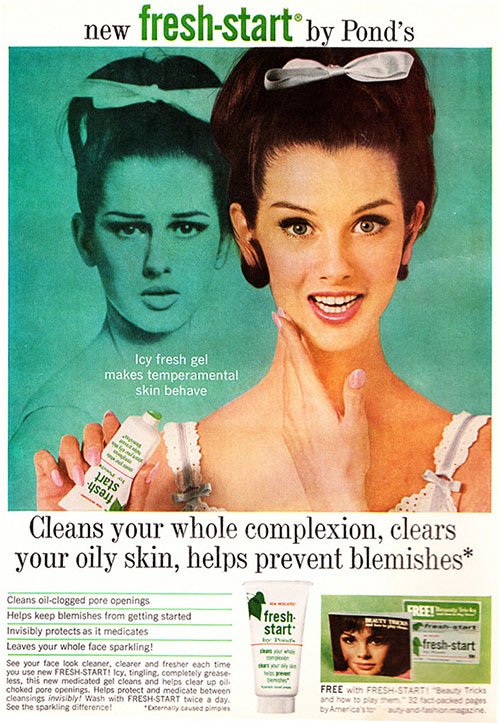 Long before she played Joyce on Hill Street Blues, Hamel was showing off her clear skin in the mid-'60s. 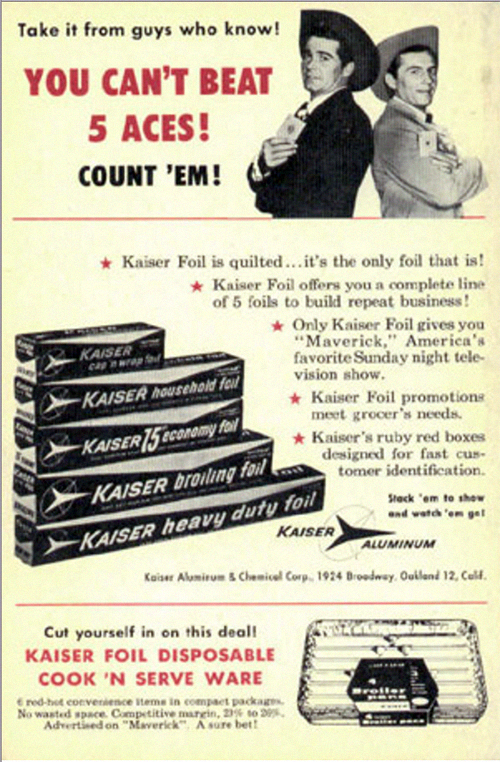 Maverick seems to have been a big fan of baked potatoes. Kaiser Foil also offered Maverick belts with "secret money pockets" to kids, as seen in this vintage commercial. 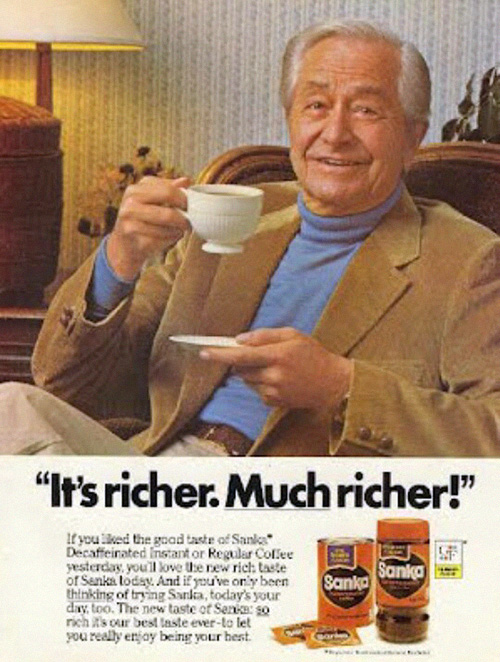 See Also: 14 vintage ads with creepy children that will make you laugh out loud 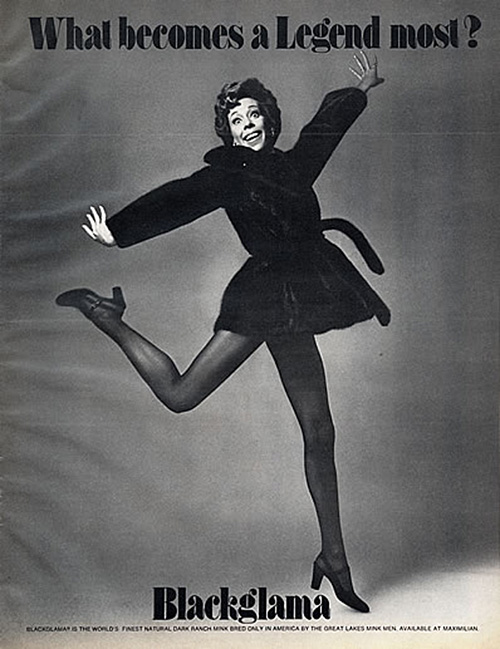 Would you rather wear a fur coat or the curtain dress? 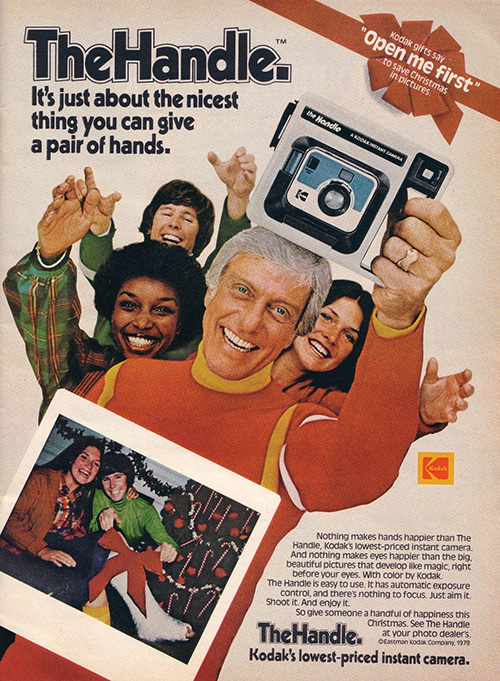 Polaroid was none too pleased with Kodak's instant camera, "The Handle," and took legal action, leading to a major recall in 1986. 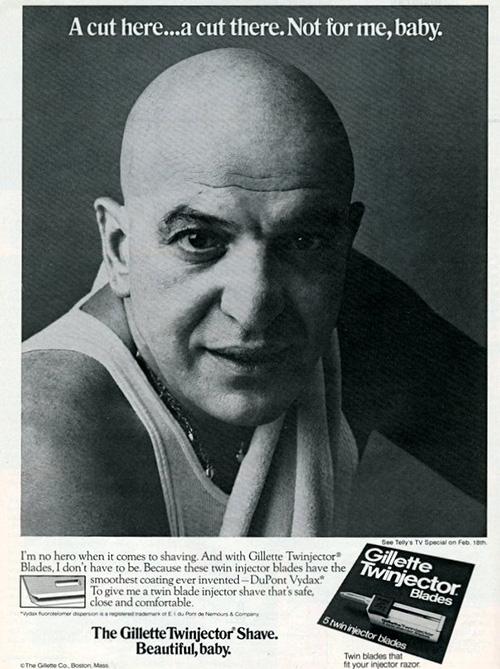 It was either this or Tootsie pops.

TroyLowe 29 months ago
How about a follow up featuring sports celebrities like Pete Rose pitching a baseball training toy, Johnny Bench selling Hostess Twinkies or OJ Simpson hawking Dingo cowboy boots? Not to mention ABA stars Dr. J and Rick Barry showing some Jack Davis' drawn teenagers the fun you can have with Spalding basketballs?
Like Reply Delete