16 Coppertone sunscreen ads starring the biggest stars of the 1960s

These ads featuring Julie Newmar, Annette Funicello and Barbara Eden will make you want to hit the beach. 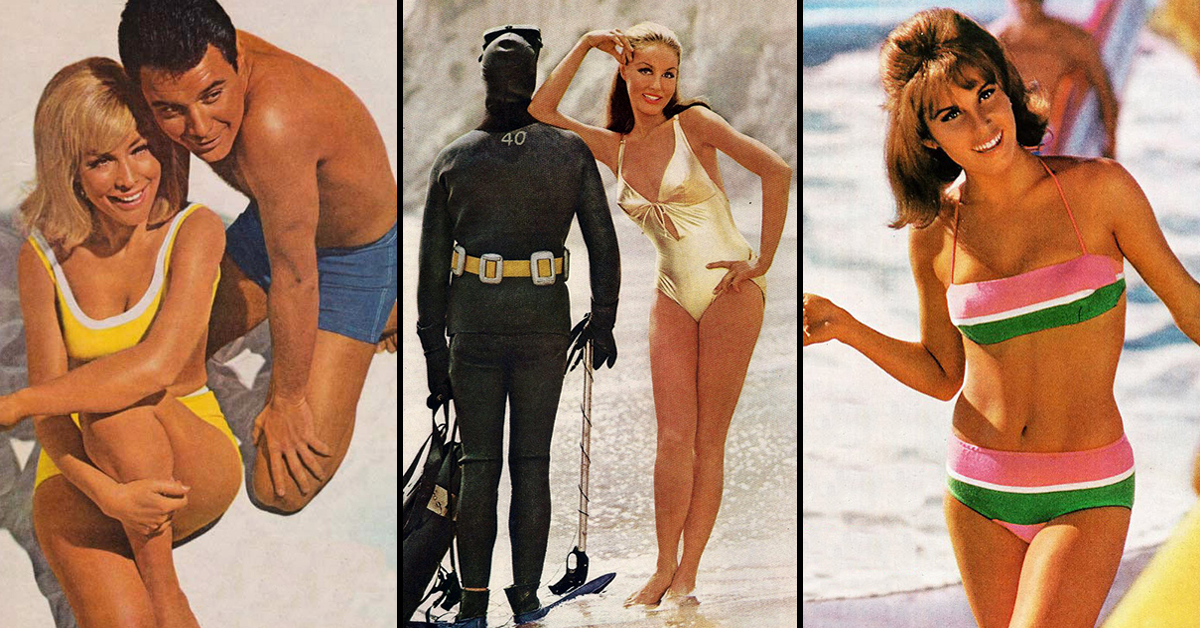 Today we know a lot about sun damage and the effect it has on our skin, but back in the 1960s it was all about fun in the sun! Of course, Coppertone was the go-to brand to get the dark and rich tan so many of us craved back in the day.

In order to grab our attention, the company released dozens of ads featuring the decade's hottest stars. Celebrities like Annette Funicello, Julie Newmar and Tippi Hedren hit the beach and struck a pose to push sunscreen and tanning lotions around the country.

These actresses can't take the place of the iconic Coppertone girl, but they're definitely the next best thing! Take a look at these fun and sporty celebrities ready to hit the beach.

See Also: 11 retro drive-in movie theaters you can go to this summer 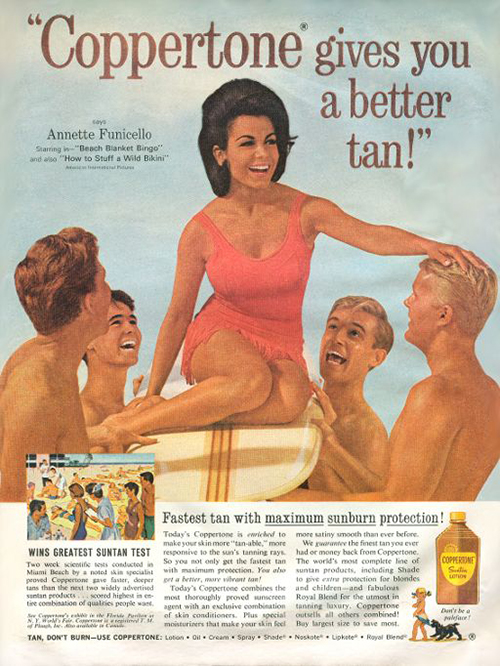 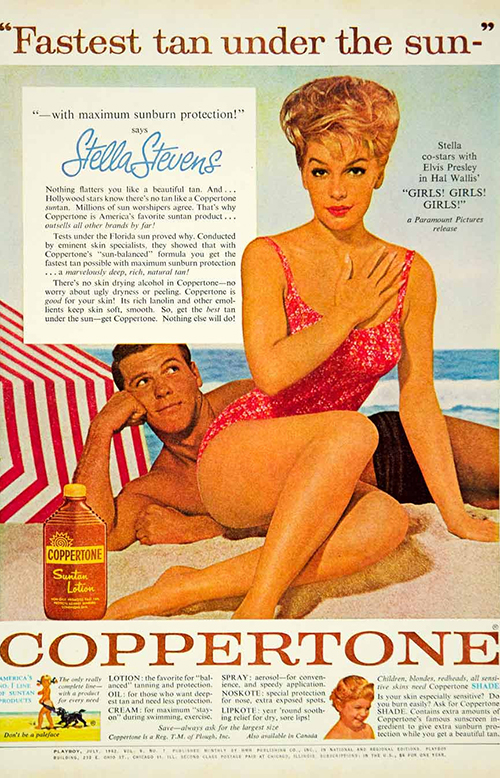 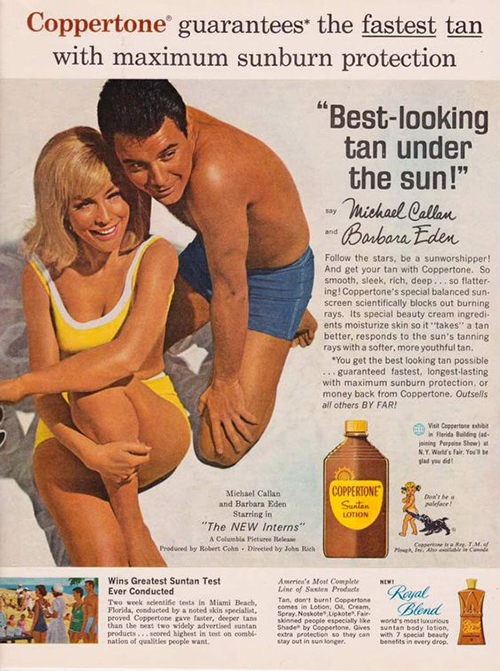 Promoting the movie The New Interns (1964), before her days on I Dream of Jeannie. 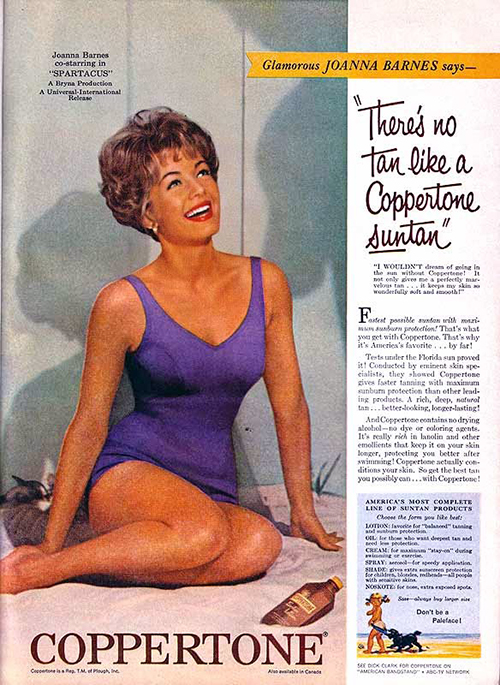 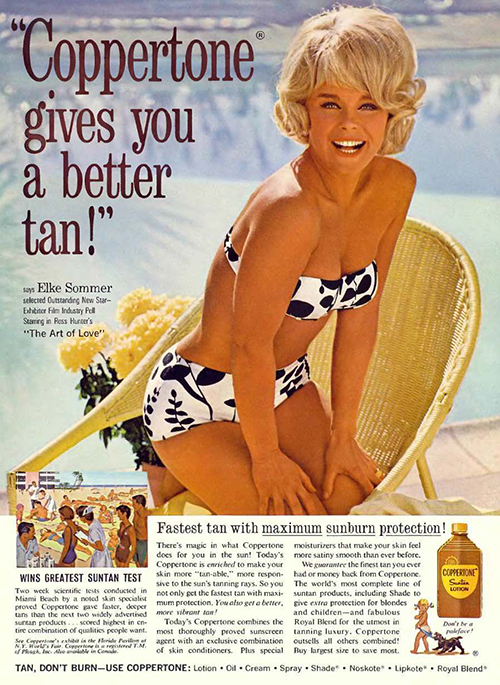 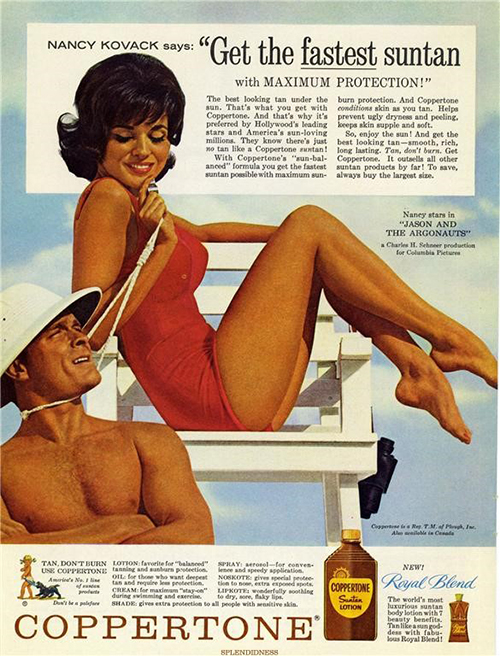 Promoting the movie Jason and the Argonauts (1963) 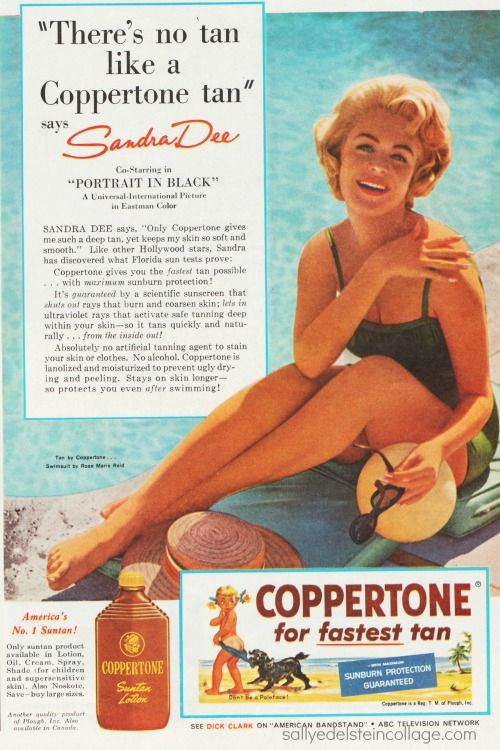 Promoting the movie Portrait in Black (1960) 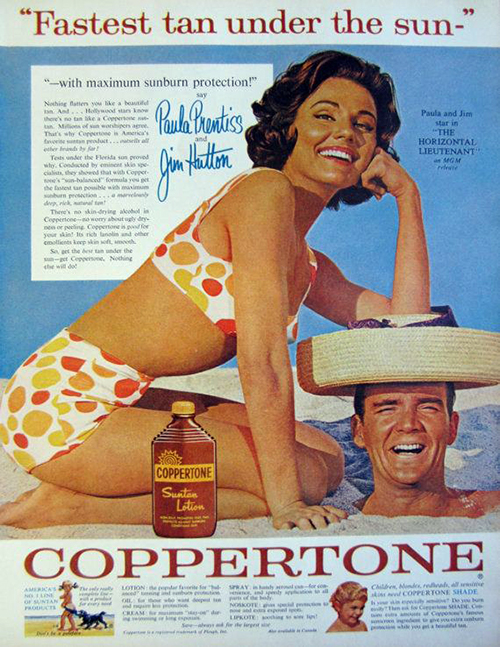 Promoting the movie The Horizontal Lieutenant (1962) 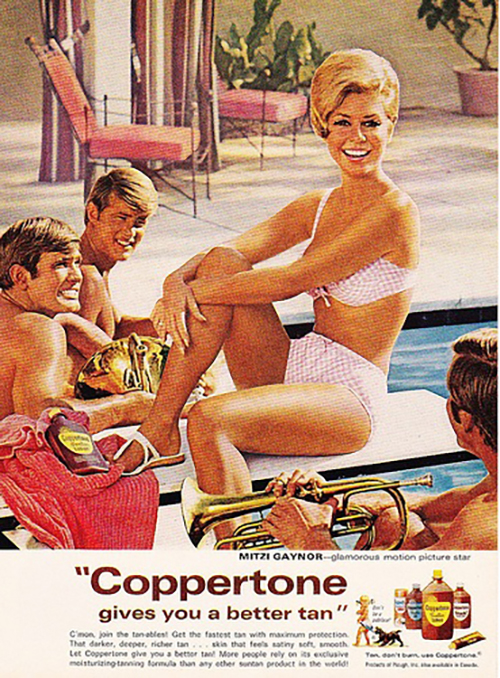 Not promoting any movie, just being fabulous. 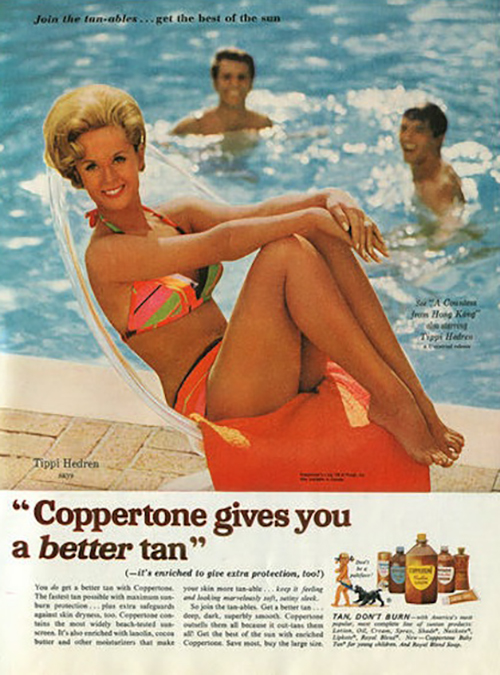 Promoting the movie A Countess from Hong Kong (1967) 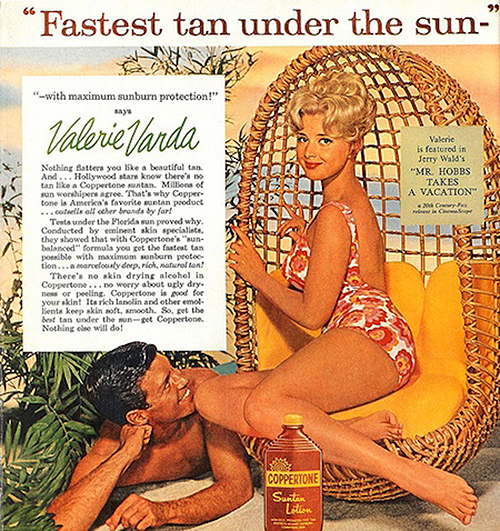 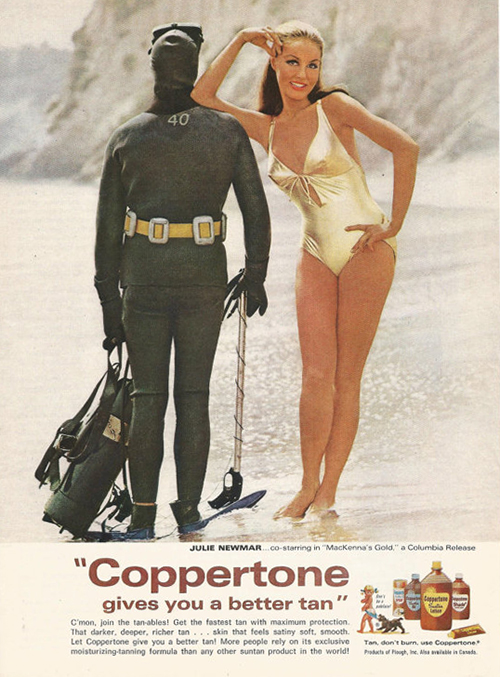 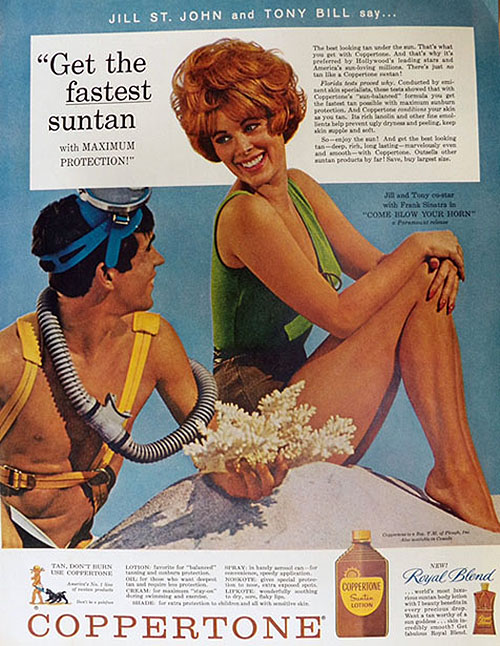 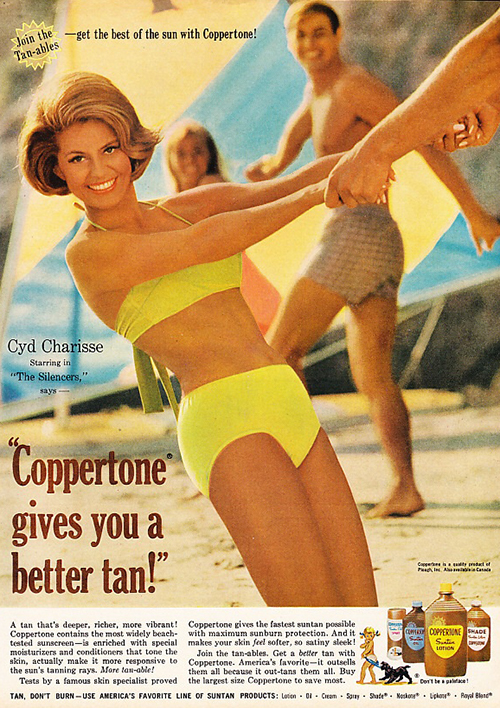 Promoting the movie The Silencers (1966) 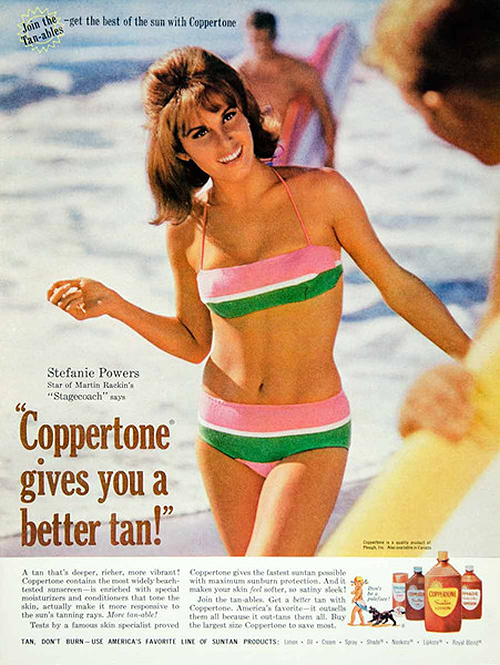 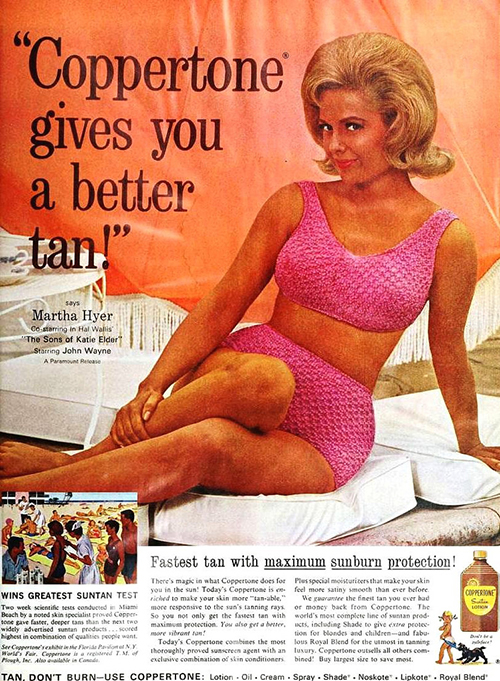 Promoting the movie The Sons of Katie Elder (1965)

eddiec 5 months ago
I like the one with Julie Newmar. She really does look good in gold.
Like Reply Delete