They sang everything from "Baby Rose Marie" to Breakfast at Tiffany's. 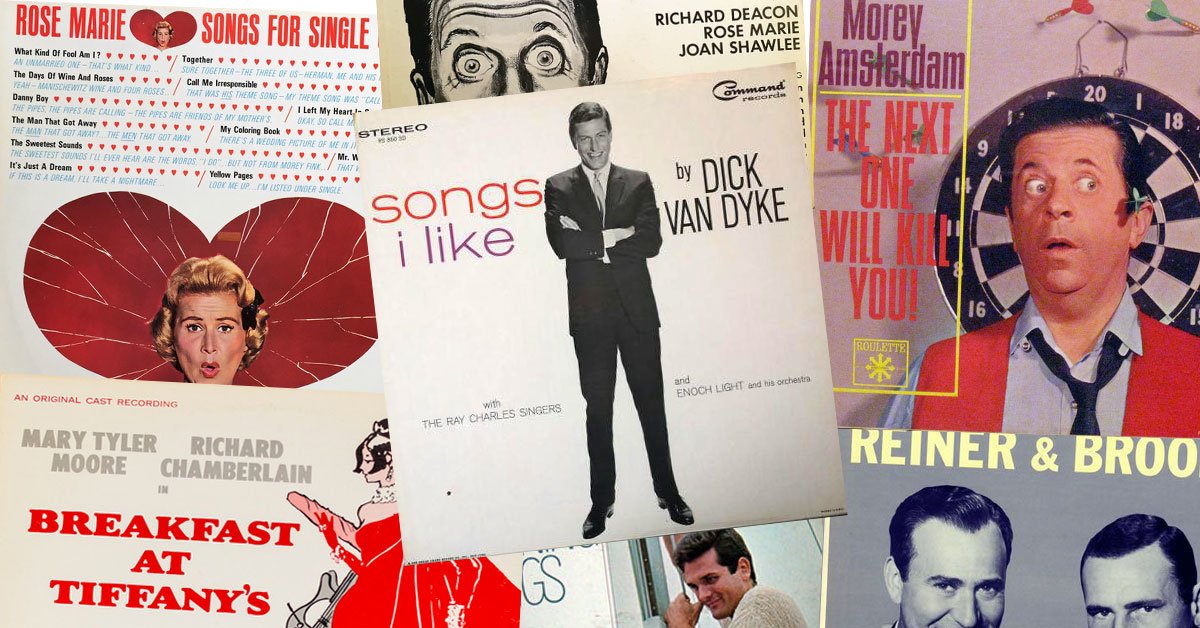 The Dick Van Dyke Show had one talented cast. Naturally, they were all brilliant actors and comedians. Few ensembles will ever match the timing and chemistry conjured up by Dick Van Dyke, Mary Tyler Moore, Morey Amsterdam, Rose Marie and Richard Deacon. The sitcom brilliantly blended family comedy and workplace comedy — the first to do so successfully, really.

The stars of the sitcom also had some impressive singing and dancing skills. You see that from time to time in the episodes, and you certainly recall a certain penguin sequence in Mary Poppins.

But did you know just how many records and albums can be credited to this killer cast? Let's take a deeper dive into the Dick Van Dyke Show discography. 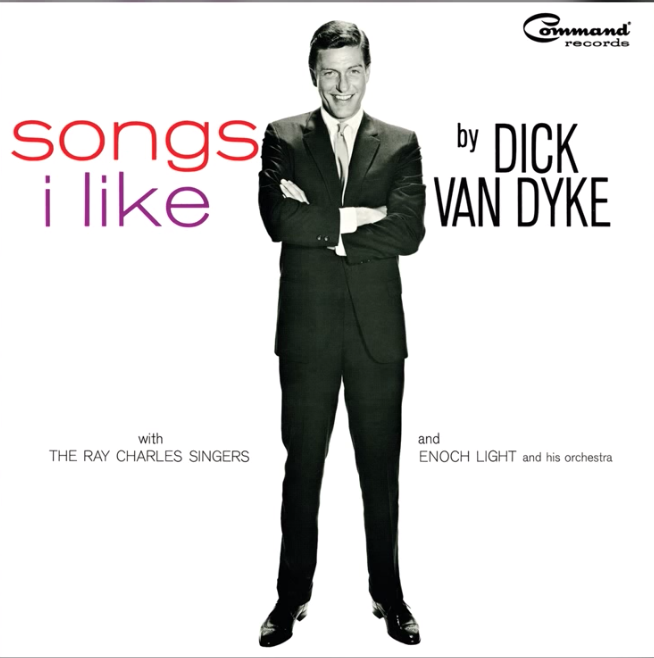 Where else to start but the title man himself, Dick Van Dyke? Because he starred in some memorable musicals, DVD turned up on some wonderful cast recordings soundtracks, including Bye Bye Birdie and Mary Poppins. Between those two, he cut a solo album — with the Ray Charles Singers backing him! Songs I Like may have been a tepid title, but Dick gave a spirit singing of tunes like "Put On A Happy Face." And he doesn't use a Cockney accent. 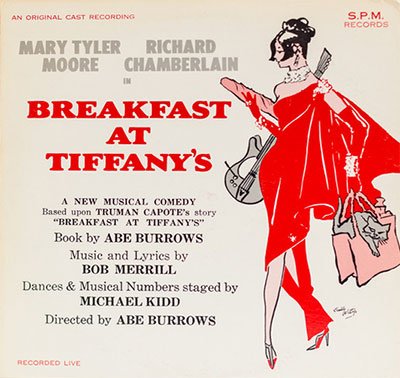 Mary Tyler Moore's biggest contribution to the record industry was as a cover model. In the 1950s, she could be spotted on a selection of budget collections for the hi-fi, with titles like Cha Cha Cha, Latin Favorites, Organ Favorites and Favorites from Italy. In 1966, her voice finally made it to vinyl, as she performed on the cast recording of Breakfast at Tiffany's, recorded live on Broadway. It's a rather rare record. 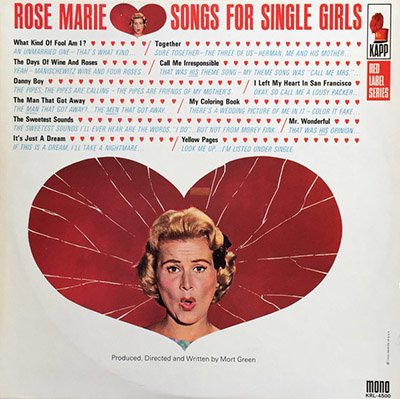 Rose Marie was singing professionally before any of her Dick Van Dyke Show costars had a showbiz career. In fact, she had a singing career before the vinyl album was invented! At the age of five, "Baby Rose Marie" became a pop sensation singing in the short film "Baby Rose Marie the Child Wonder." A year later, she began her recording career, cutting phonograph records for RCA Victor throughout the 1930s. So when she showed off her pipes on The Dick Van Dyke Show (see the video up top), it was a nostalgia trip for some older viewers. By the time she dropped Songs For Single Girls in 1963, she was as seasoned veteran. 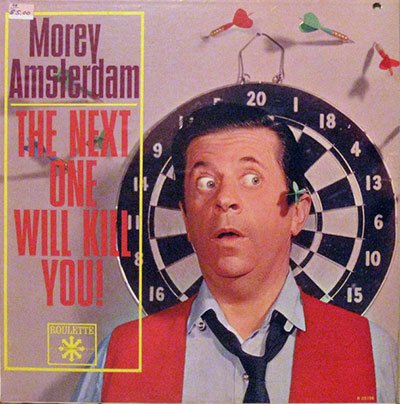 "One of the great 'Bananas' of our time is little Morey Amsterdam," declared the first line of the liner notes to The Next One Will Kill You! Seems a little backhanded. But it was a comedy album, after all, with "nutty songs" that spoof "everything and everyone." But with tracks called "I Wonder What A Baby Thinks" and "Baby Down The Drain," it seems like he was particularly focused on babies. Morey had a musical mind — he even wrote lyrics to The Dick Van Dyke Show theme song that went used! 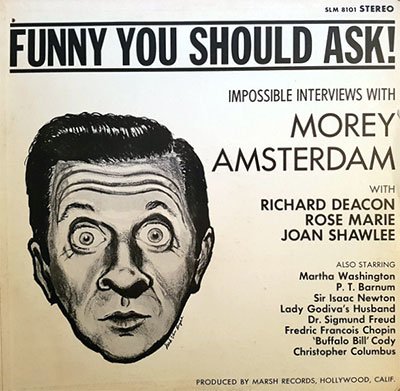 Amsterdam later cut a record of mock interviews with historical figures. He roped in his Dick Van Dyke Show costars to play legends like Sir Isaac Newton and Martha Washington. Described on Morey's "straight man" on the sleeve, Richard Deacon portrayed some of these subjects in the interviews. Deacon may not have been much of a singer, but he did make a record! 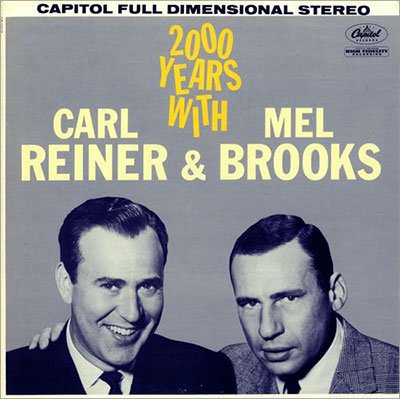 Series creator and Alan Brady portrayer Carl Reiner crafted a series of classic comedy albums with Mel Brooks in their "2,000 Year Old Man" series. Brooks played the ancient man, interviewed by Reiner in a series of hilarious bits and skits. The duo's first album hit stores in 1960 — a year before The Dick Van Dyke Show launched. Reiner and Brooks recorded five 2,000 Year Old Man albums all the way through 1997. 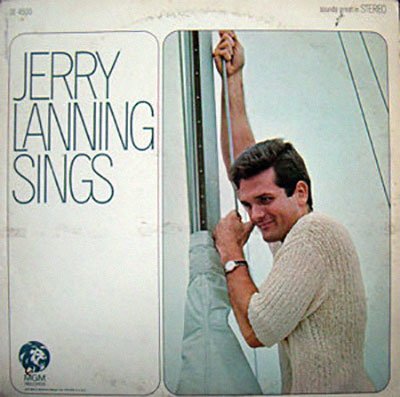 Jerry Lanning may not be a "star" of The Dick Van Dyke Show, but he is responsible for one of the great musical moments on the sitcom. He played Randy Twizzle (what a great name) in "The Twizzle," an Elvis-like rocker who ignites a dance craze. Alas, he did not re-record "The Twizzle" for his 1967 album, eschewing it for tunes by… checks notes… some guys named Paul Simon and Bob Dylan? 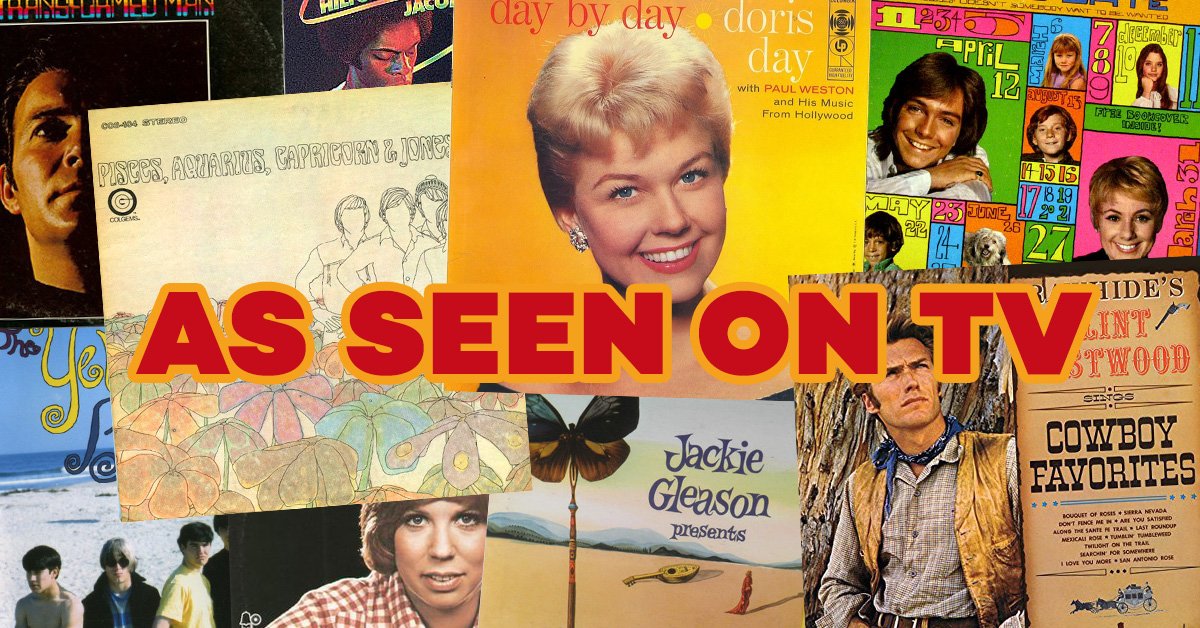 There's no shame in playing these platters at parties. READ MORE 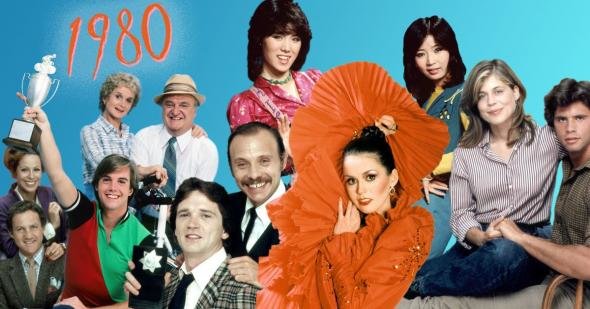 Did you know?Nostalgia
7 household hacks from vintage cards that still work
Are you sure you want to delete this comment?
Close

DavidBartholomew 28 months ago
More Amsterdam was an accomplished songwriter with several hits. "Rum and Coca Cola" was sung by The Andrews Sisters.
Like (1) Reply Delete

Andy 28 months ago
"Breakfast at Tiffany's" is exceedingly rare because the show closed during previews and never officially opened. It was a Big Ticket item that producer David Merrick didn't feel couldn't go on, so it closed after four preview performances.
Like (1) Reply Delete

stephaniestavropoulos 29 months ago
METV says "Everyone from The Dick Van Dyke Show recorded an album." Where are the listing for the lps recorded by Jerry Paris, Larry Matthews & Ann Morgan Guilbert? They aren't listed, because apparently, they didn't record any. Which means, the statement made by METV, {of the entire cast having either appeared on another cast members lp, or recorded one of their own,} is a falsehood.
Like (1) Reply Delete

LucyImHome1951 29 months ago
So cool! I have all the Dick Van Dyke albums and one 2000 year old man but I never knew anyone else from the show did album. If I find any of them, my turntable is going to be spinning.
Like (2) Reply Delete