Where To Watch Shop Store Contact
Home / Stories / Here are six Star Trek captains in their earliest screen roles
Did you know?Castingnostalgia

Shatner was a "crook" and Mulgrew a young soap star. 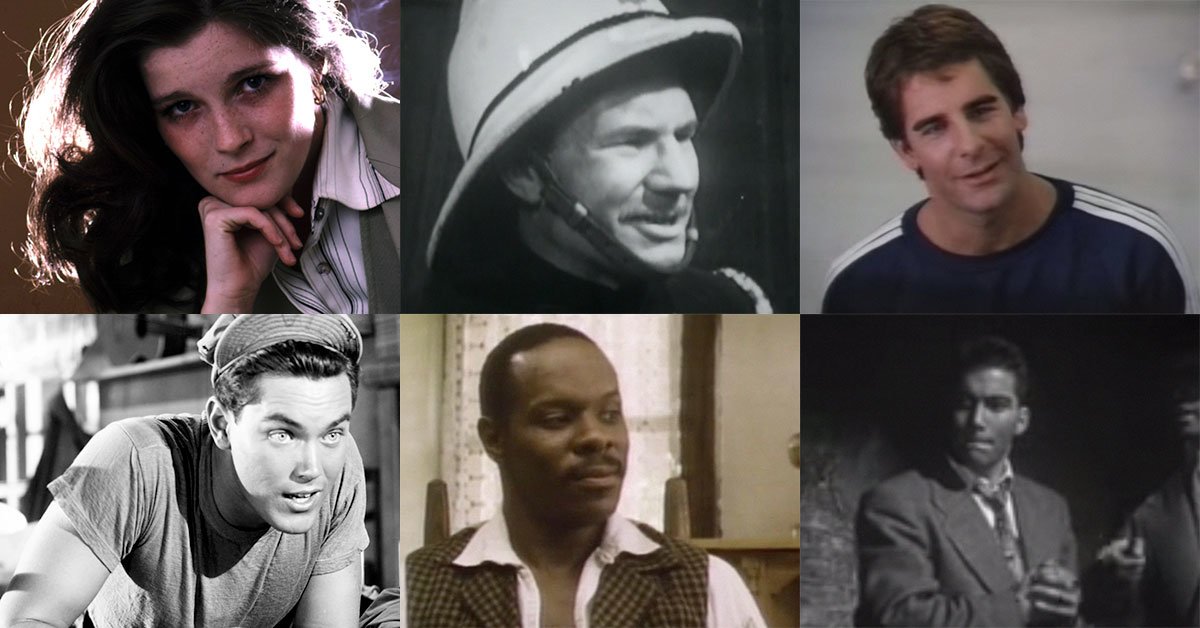 They all have to start somewhere. The actors who went on to play Star Trek captains began their careers with more down-to-earth roles. Well, perhaps excluding Scott Bakula, who played a Disney superhero in a TV pilot.

Before they helmed the Enterprise, Voyager and Deep Space Nine, these wonderful actors found themselves as soap opera stars, firemen and historical figures.

Let's take a look at the earliest roles of six Star Trek captains.

You are excused if you have never heard of this obscurity. The film is Canadian and was never officially released. Not to mention, the… noir-comedy is a tonal mishmash, an attempted fusion of Frank Capra and Jimmy Cagney. But nowhere near that good. "Bill" Shatner, about 19 years old, plays one of "The Crooks." He throws some punches and wields a gun while working on his nascent Shatnerism. Two years later, he would make his TV debut on Space Command. Now that's what we call foreshadowing. 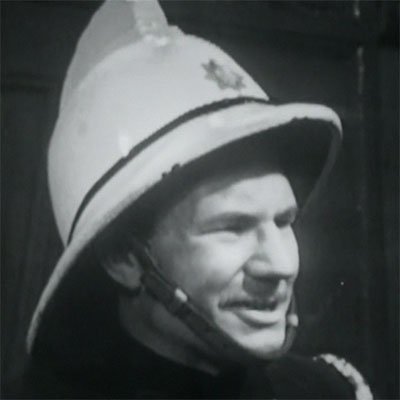 Shakespearean-trained Stewart had far less glamorous roles as he popped up on British television in his mid-20s. His official screen debut came on an installment of Story Parade, a tale of recidivism titled "The Unknown Citizen." That is forever lost to history, as the BBC wiped their tapes with no foresight back then. Oh well. You can, however, see the future Picard in an episode of the l-o-o-ong-running soap opera Coronation Street. He played a fireman with a mustache and more pronounced Northern accent. 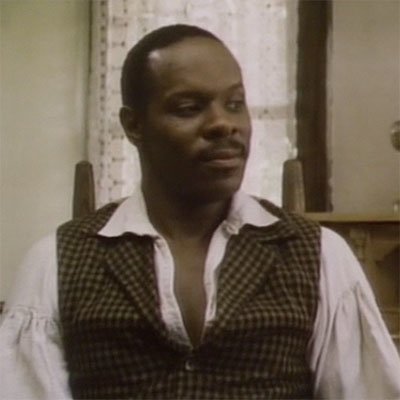 Of all the Trek captains, Brooks began his career with the meatiest role, playing the title character in Solomon Northup's Odyssey, which aired as part of PBS's American Playhouse. Based on a true story, the movie was adapted from Northup's book Twelve Years a Slave, which, of course, was again adapted as the 2013 film 12 Years a Slave, winner of the Academy Award for Best Picture. Soon after starring in this inspiring historical tale, Brooks landed the gig as Hawk on Spenser: For Hire. 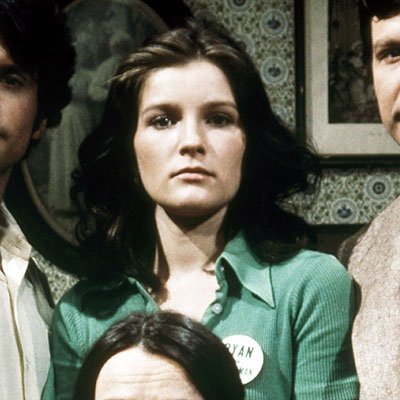 After studying for a year at the renowned Stella Adler Conservatory of Acting in New York, and a spell waiting tables, Mulgrew found firm footing in the industry through a regular role on the daytime soap opera Ryan's Hope. Her character, Mary Ryan, the daughter of the bar-owning patriarch at the heart of the show, became a fan-favorite. She played the role regularly through 1977, and made sporadic appearances as Mary all the way through 1989. 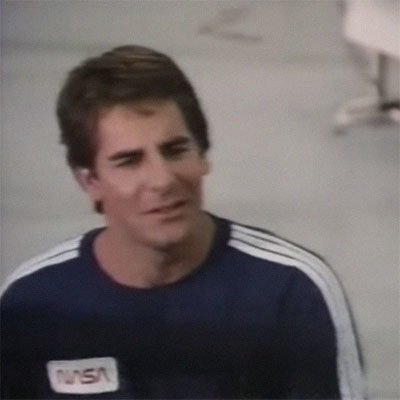 Before Quantum Leap, Bakula got his sci-fi feet wet in a made-for-TV movie that aired as a Sunday installment of The Magical World of Disney. A pilot for a proposed series, I-Man was standard superhero stuff — a NASA container of alien atmosphere leaks gas on a kindhearted cab driver, who suddenly finds himself with incredible healing powers. The "I" stands for Indestructible, of course. It's nifty to see the future Enterprise captain in a NASA sweatsuit. 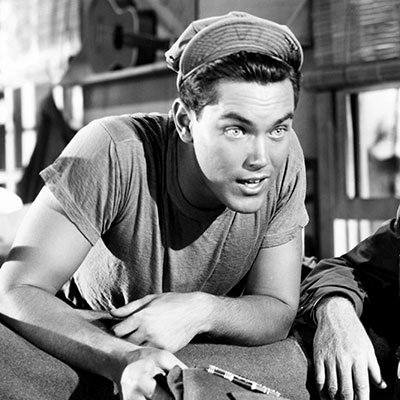 We can't overlook Captain Pike! His tenure at the helm of the Enterprise was brief, but Jeffrey Hunter was an accomplished actor. After an uncredited appearance in the Charlton Heston sandal epic Julius Caesar, Hunter nabbed a role in a war flick about the USO, Call Me Mister, complete with Busby Berkeley choreography. It was also the second movie appearance for Richard Boone, who would later star in Have Gun - Will Travel, the Western that featured the writing talents of one Gene Roddenberry. Trek ties to everything!

SEE MORE: The first television roles for the cast of 'Star Trek' 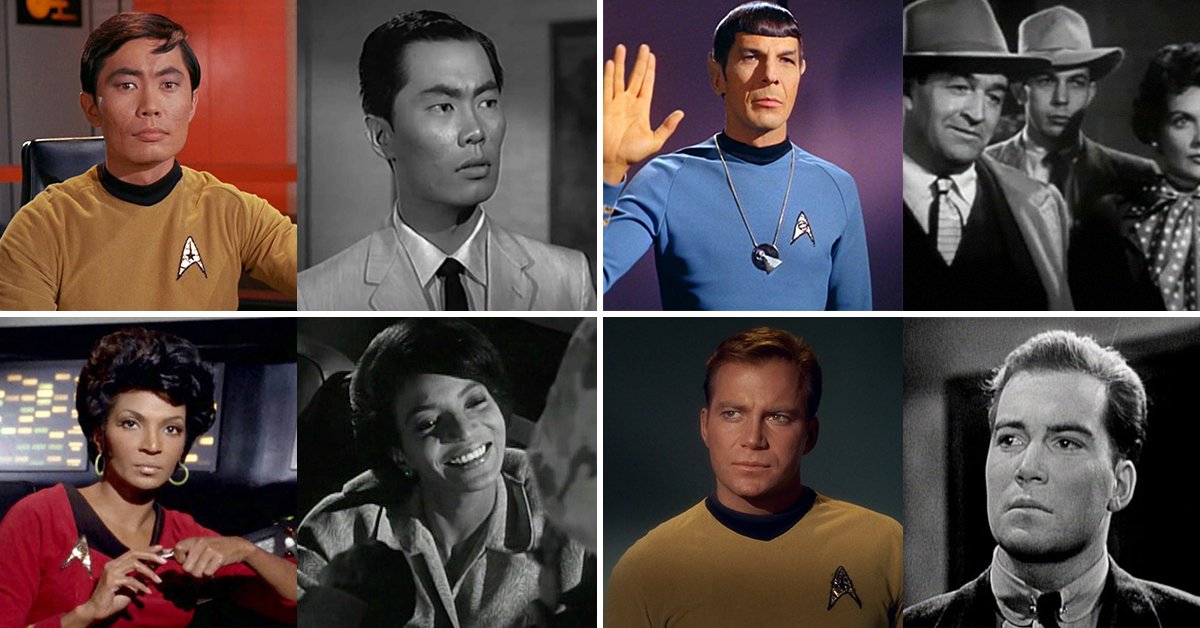 Now check out the rest from The Original Series. READ MORE

Greg 13 months ago
Scott Bakula is a good actor but I just never thought he was right for Enterprise.
Like Reply Delete

MrsPhilHarris 34 months ago
The site Shatner's Toupee gives a rundown on the movie.