There's no shame in playing these platters at parties. 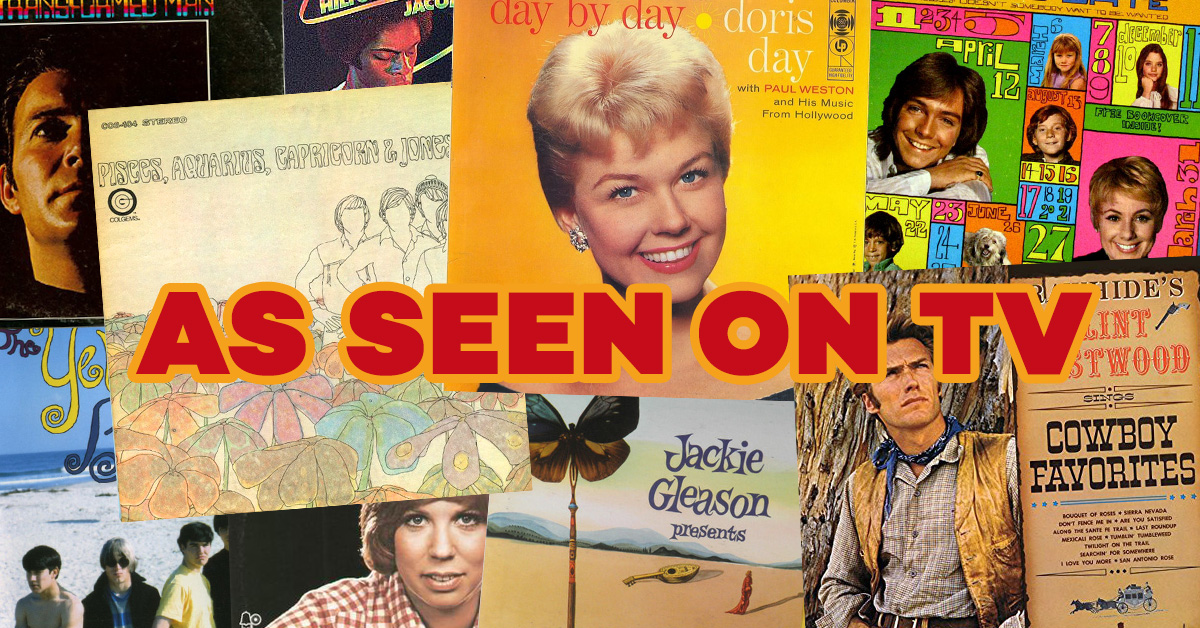 From the beginning of television and the pop record industry, which both kicked off about the same point in the 20th century, the two entertainment fields have been intertwined. Music stars have landed their own TV shows, from Bing Crosby to Captain & Tenille, while actors from hit series have tried their hand at cracking the Billboard charts. Everyone from Kristy McNichol to Bruce Willis have recorded popular tunes.

As a whole, however, these crossovers tend to be novelties. Musician-hosted variety shows and Don Johnson crooning are hardly the heights of their respective arts.

But there are some rare cases when performers best known for acting have crafted truly great albums. Here, we're going to examine ten of our favorite. We left out acts who are primarily thought of as music stars, like Cher and Bing and Tony Orlando, who began in the record biz before jumping to host their own showcases on the small screen.

Whether you stream them online or hunt them down in yard sales, these LPs are worth adding to a collection. 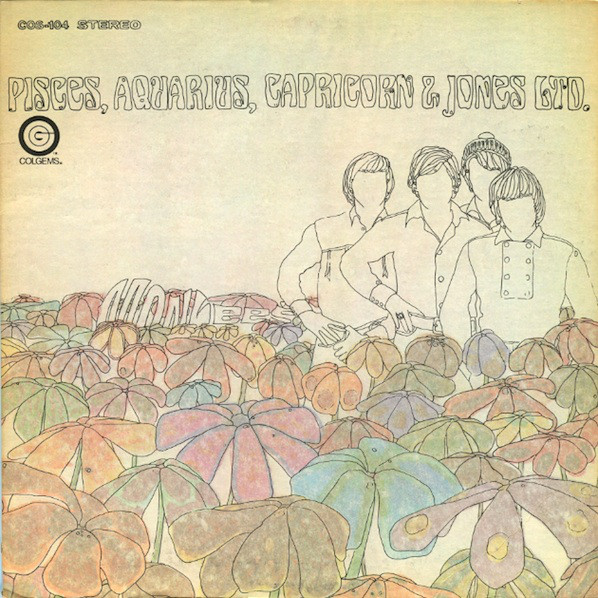 In 1967, the Monkees finally took the reins. It took some fists thrown at walls and heated arguments, but at last the four principle actors wrestled control of their music, a year after their charmingly kooky sitcom made them household names. The first two Monkees records, which are wonderful, were overseen by producer Don Kirshner, and largely penned by the duo of Tommy Boyce and Bobby Hart. With Headquarters, Micky, Michael, Peter and Davy at last got to write and play. And the quartet certainly proved its talents. Considering the band's trans-Atlantic background, their two albums of 1967 encapsulate the best of British and American pop at the time. We prefer their second album of that year, Pisces…, which features forays into country-rock and Moog synthesizers. It also features the lovely jangle-pop gem "Pleasant Valley Sunday," showcasing psychedelia at its most radio-ready. 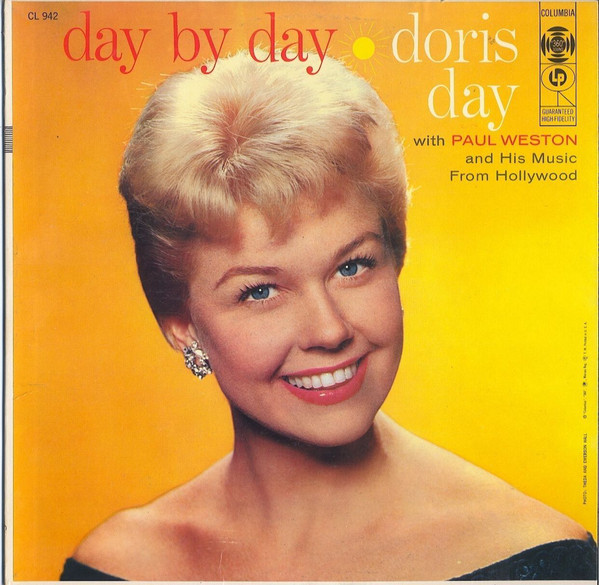 With Doris Day, we are breaking our own rule a bit, as she began her career as a singer. But to modern, younger generations, she is probably thought of as an actress first. By the time she earned her own sitcom in 1968, The Doris Day Show, she was a proven star on record and silver screen. As the album format became the industry standard in the 1950s, pop music changed significantly. No longer confined to 78s and singles, singers could stretch out and slow the pace. Which is why the decade is filled with gorgeously melancholy masterpieces by Frank Sinatra, Tony Bennett and their ilk. Day's work deserves just as much love as her male counterparts. Certainly the musical pedigree was there, as she is backed here by veteran composer and arranger Paul Weston, who himself straddled the worlds of TV and vinyl. Day is sometimes written off as too upbeat, too light, as if that were a bad thing. Yes, her voice is pure light, and the album artwork hammers that home with its title and bright yellow sun, but her vocals are more akin to a flame flickering alone in some dim, romantic restaurant.

3. Vicki Lawrence - 'The Night the Lights Went Out in Georgia' 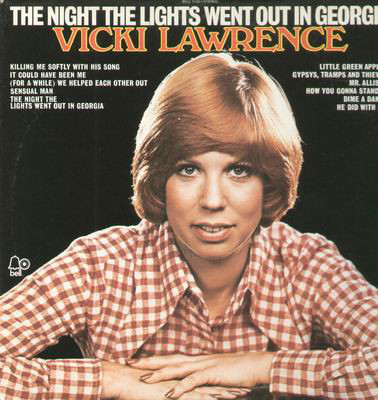 For the first five years of her career, Vicki Lawrence was largely seen as Carol Burnett's "little sister," an understudy of sorts on The Carol Burnett Show. In 1972, she soared from under Burnett's shadow with the brilliant No. 1 hit "The Night the Lights Went Out in Georgia." Just 23 at the time, Lawrence surprised folks with her mature voice, and lyrics of "backwoods Southern" justice. Frankly, that single is the backbone of the entire album, which is assembled as a companion piece to a runaway hit. Her takes on "Killing Me Softly" and "Gypsys, Tramps and Thieves" won't be mistaken for Roberta Flack or Cher, but the other tunes written by Bobby Russell, the mind behind "The Night the Lights Went Out," are overlooked, string-drenched country ballads like "Mr. Allison" and "Little Green Apples." 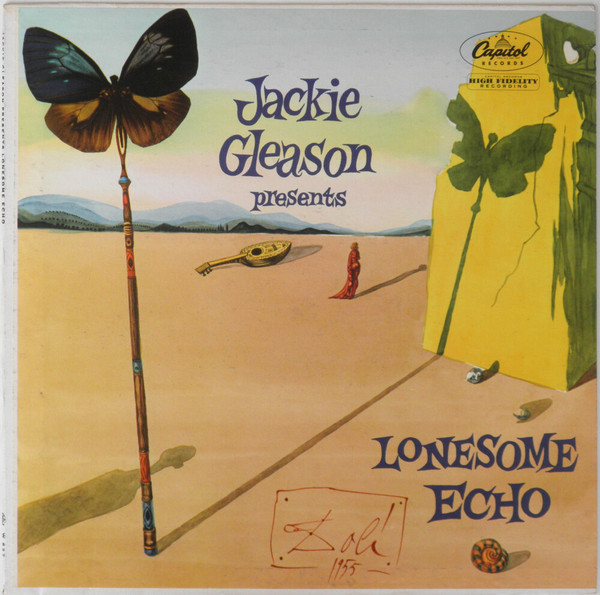 Salvador Dalí — yes, that Salvador Dalí — painted the album cover for this 1955 easy-listening platter, which is the first of many surprises. Few today might expect an album of swooning mood music from the star of The Honeymooners, but Jackie Gleason made a mint on curating sounds for hip homes. The art on the cover makes sense when you drop the needle, as a swarm of acoustic guitars flutter about like so many butterflies. These instrumentals should sweep away fans of spaghetti western soundtracks. 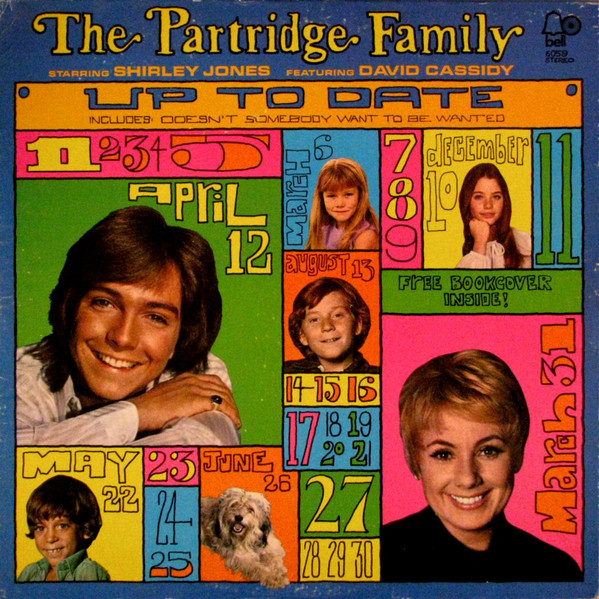 Like the Monkees, the Partridge Family actors began to assert themselves on later albums, which is why we selected this sophomore release over the debut. (Plus, we dig the album cover more, which matters.) David Cassidy at last got to contribute a song, the rocking "Lay It on the Line," which stands out amidst the expertly crafted tunes, largely left over from their debut album sessions. But these are no mere leftovers. Both "I'll Meet You Halfway" and "Doesn't Somebody Want to Be Wanted" broke into the Billboard Top Ten. Though, Cassidy loathed the latter. Arguments over the spoken interlude heard in the bridge even led to production on the show being halted. In hindsight, it's one of the quirky highlights of the album. 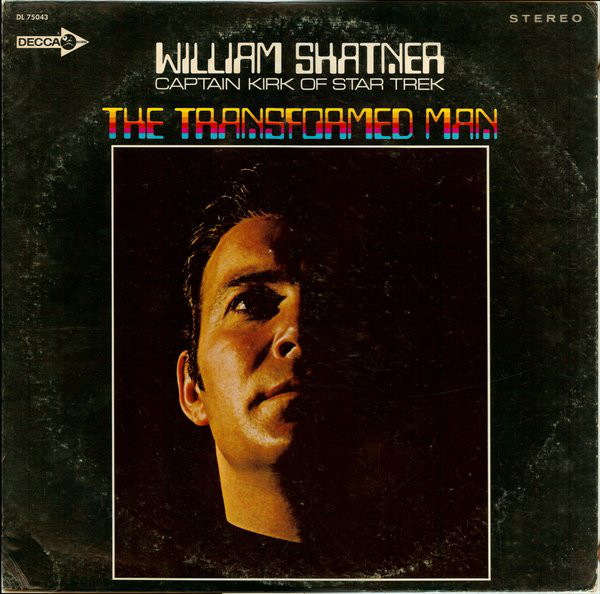 This camp classic hardly needs an introduction, as it has remained a college-dorm favorite for decades. Well, at least we and our roommates played it for giggles. At first, you laugh at the overwrought dramatics within, as the Star Trek star fuses trippy Beatles and Dylan tunes with literary classics. Over time, however, the sheer audacity of it all wins you over. Say what you will about Shatner, but the guy certainly does not hold back. Whether you play it for so-bad-its-good reasons or just really love diving deep into Shatnerisms, this record is entertaining as a pile of Tribbles. 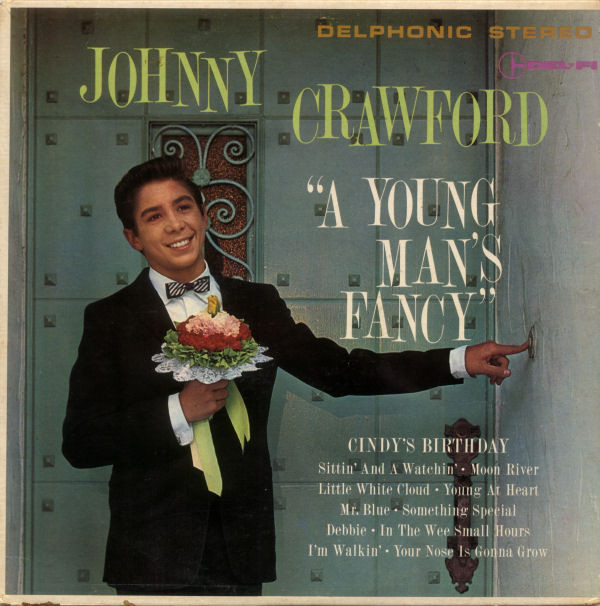 The young star of The Rifleman became quite the heartthrob in the early 1960s. As an adolescent crooner, Crawford's love songs were closer to the sound of girl groups than the Rat Pack. Despite his attempt at "In the Wee Small Hours," his voice was more Chiffons than Sinatra… and that is just fine by us. The former Mousketeer's androgynous tenor was worthy of all the studio time. He wasn't just here to make teen girls swoon with his smile. "Cindy's Birthday," the first track, written specifically for the kid, is the gem here. The rest is as dated as a poodle skirt and overflowing with puppy love, but it takes a cold heart to fall for its charms. 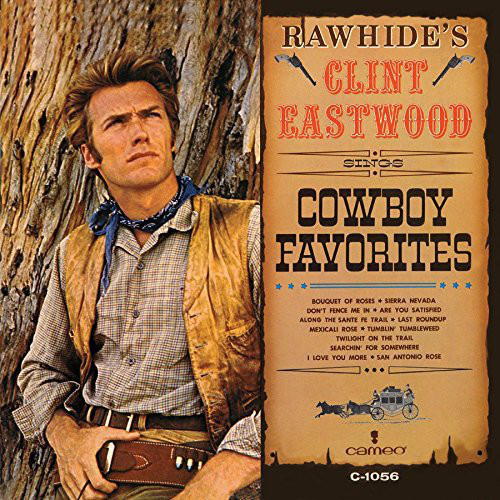 Speaking of Western stars, here we have argubly the most iconic. Then billed as "Rawhide's" star, the gritty Eastwood will surprise you with his sweet vocal stylings. There's hardly a grimace nor a rasp on these nostalgic campfire ditties. It's perhaps jarring to hear the man from Gran Tourino softly crooning about flowers, but that is a large part of its charm.

Don Grady, another Mousketeer who made it big, largely thanks to his role as Robbie Douglas on My Three Sons, obscured his recording career. He was the drummer for this sunshine-rock outfit, often billing himself as "Luke R. Yoo." On the band's self-titled album, an upbeat collection of sunny psychedelia, Grady wrote and sang three cuts as Yoo, "Stained Glass Window," "Good Feelin' Time" and "Junk Maker Shoppe." The group's eponymous song was a minor hit, but the entire LP is artfully crafted 1960s garage pop in the mold of the Beach Boys and the Left Banke, stuffed with harmonies and harpsichord. 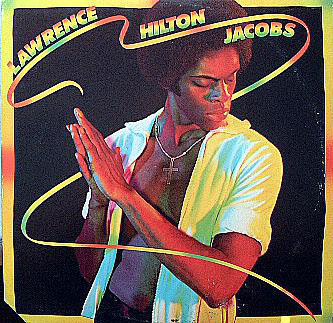 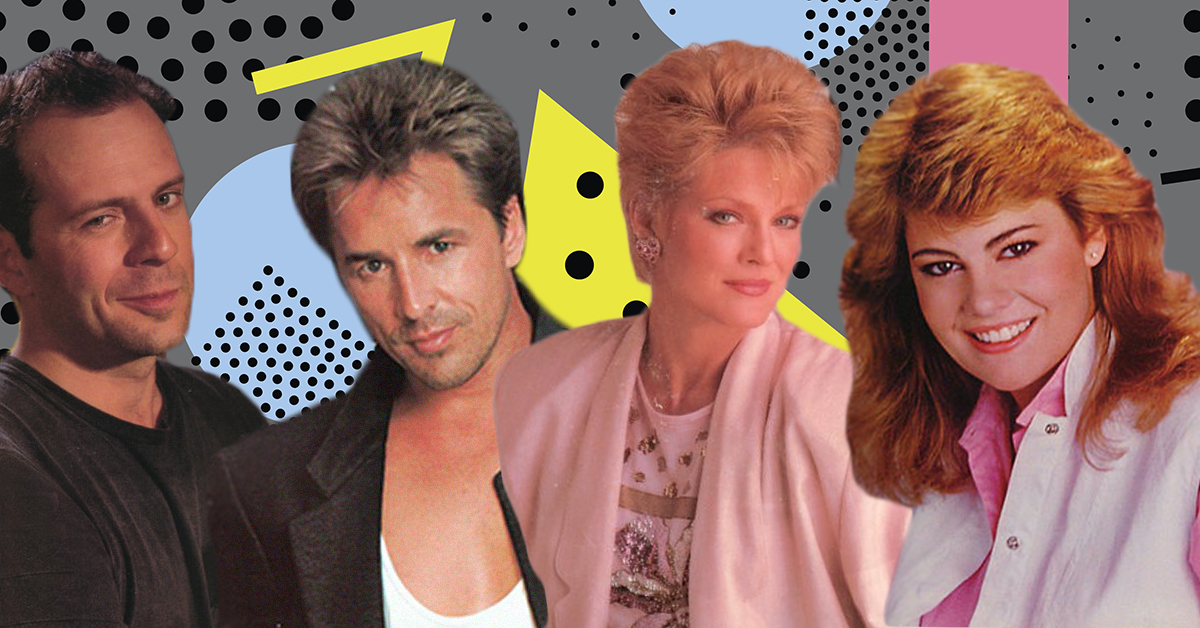 Bruce Willis and "Bo Duke" both broke into the charts. READ MORE

ELEANOR 41 months ago
LEONARD NIMOY ALSO recorded an album with "Where is Love, Is it in the Sky Above?," "There Goes the Neighborhood" and a number of other unforgettable(?) tunes.