Where To Watch Shop Store Contact
Home / Stories / How 'I Love Lucy' outdrew a presidential inauguration
Did you know?

How 'I Love Lucy' outdrew a presidential inauguration 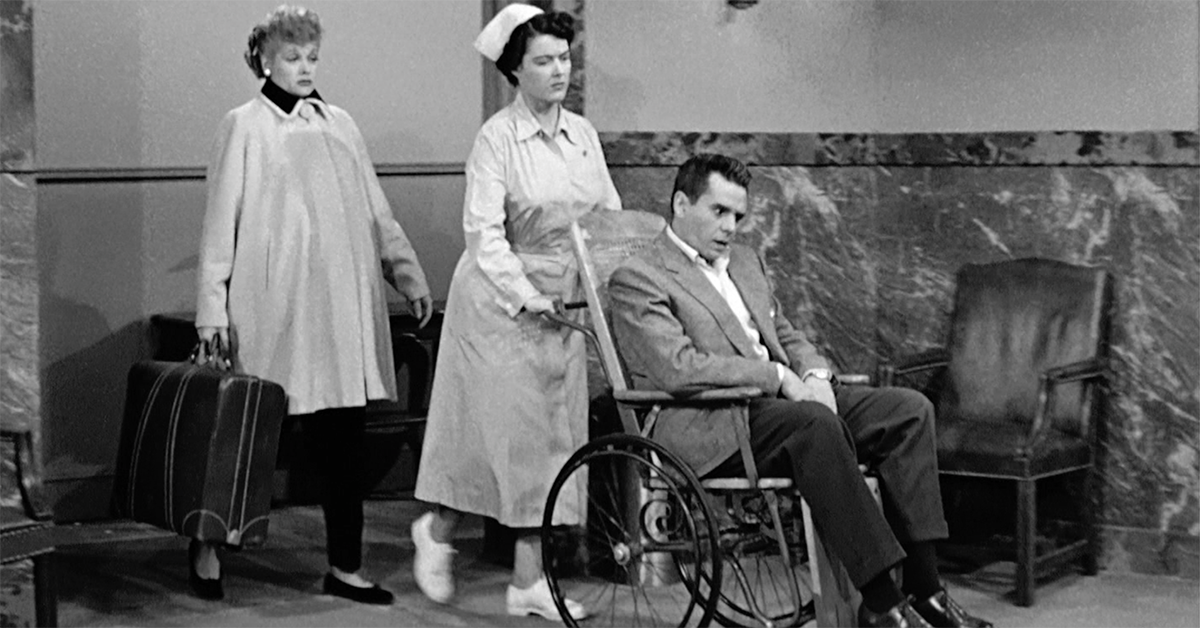 As the 1952–53 TV season kicked off, there were about 17 million television sets in American households. According to a New York Times article from that year, more than half of those sets could be found in just 10 major urban markets — New York, Chicago, Philly, etc. In other words, the majority of the American public had yet to join the television revolution. In fact, approximately 40% of households owned a boob tube.

All this dry statistical data has a point. Which is that when President Dwight D. Eisenhower first took the oath of office on January 20, 1953, the 29 million viewers who tuned on with their TV antennas were nothing to sniff at. It may not seem like much by today's metrics, but back then, it was huge chunk of the TV-owning population. Unsurprising, considering that when Eisenhower put his hand on the Bible, it was just the second time an inauguration had been broadcast on television. Truman's inauguration in 1949 was the first. It was still a thrill, a novelty to remotely view our President take the oath of office. 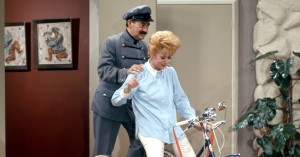 Did you know?
9 fascinating facts about 'The Lucy Show'

That being said, people may have liked Ike, but they absolutely loved Lucy. The evening prior to the inauguration, I Love Lucy aired the sixteenth episode of its second season. Almost 72% of homes with televisions watched, amounting to 44 million people. The reason was pregnancy — though due to standards of the time, the script could not technically use that word.

Lucille Ball was with child, "enceinte," and for the first time, the pregnancy of an actress was worked into a fictionalized character pregnancy. This was the key to the mind-boggling ratings, as the lines between reality and television were blurred. At last, on January 19 in "Lucy Goes to the Hospital," Lucy Ricardo gave birth to her son, Little Ricky. Up until that point, the sex of the baby (well, babies, both fictional and real) had been kept secret. People were anxious to learn if their favorite redhead was having a Little Ricky or Little Lucy.

Desi Arnaz, Jr., was born the same day as his fictional "brother" Little Ricky. As with her first child, Lucie, Ball delivered Desi Jr. via Caesarean. The star's obstetrician, Dr. Joe Harris, performed his C-sections on a Monday, the same day that I Love Lucy aired on CBS. Thus, Dezi Arnaz and Lucille Ball were able to schedule her birth to coincide with the episode. In a further blurring of reality and fiction, Lucy's OBGYN on the TV show was also named Dr. Harris.

President Eisenhower needn't feel so bad about losing the ratings game to a sitcom, however. He was in good company. Five months later, the coronation of Queen Elizabeth II was broadcast on television. "Lucy Goes to the Hospital" outdrew that, too.