Where To Watch Shop Store Contact
Home / Stories / Have a Ball with these 9 fascinating facts about 'The Lucy Show'
Did you know?

Lucille Ball's second sitcom was a smash, too. 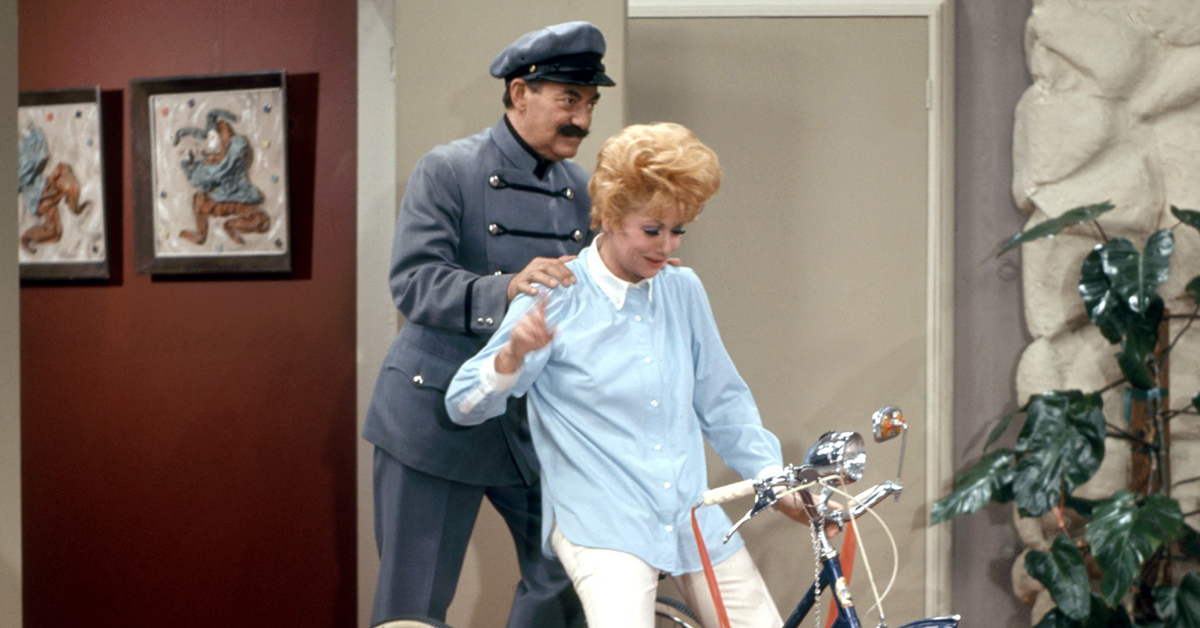 It takes guts to craft a followup to a brilliant, groundbreaking sitcom. Jerry Seinfeld dropped the mic, so to speak, after Seinfeld, publicly stating that he could never top it. So how exactly does one follow I Love Lucy, the greatest television comedy of the 20th century?

The 1952–57 series set the mold for the modern sitcom and dominated the Nielsen charts, drawing an audience of about a third of the U.S. population. Lightning never strikes twice.

But then again, lightning is not Lucille Ball. In 1962, two years after her divorce from Desi Arnaz, the comedian returned to the airwaves with The Lucy Show. The series ran for six seasons — just as I Love Lucy did. Its success arguably kept Desilu Productions alive. Without it, we might not have had Star Trek and Mission: Impossible.

Ball's second sitcom lives in the shadow of her first. It was hilarious nonetheless. Here are some things you might not know about The Lucy Show.

1. The show was not meant to go beyond one season.

As mentioned above, Desilu Productions was in a rough patch in the early 1960s. The studio's Ann Sothern Show, Angel and Guestward, Ho! were canceled, leaving the company with just The Untouchables on the air. According to The Lucy Book: A Complete Guide to Her Five Decades on Television, Arnaz proposed the sitcom as a temporary solution, to get CBS to pump some money into Desilu. The network initially balked, unsure Ball could repeat the success of I Love Lucy on her own. Lucy agreed to the show under the conditions that former co-star Vivian Vance be cast, and that the show occupy her familiar Monday night time slot. The rest is history.

2. Vivian Vance insisted that her character be called "Vivian." 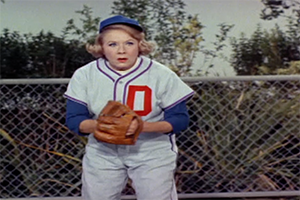 It happens to all iconic sitcom actors. People on the street call out your character's name. With Vance, it was no different. The public constantly referred to her as "Ethel," knowing her as Lucy's neighbor and pal, Mrs. Mertz. Hoping people on the street would call her Vivian, she asked that her new character share her name.

3. Vivian's character was the first divorced woman on primetime television.

The sitcom centered on the two recently single ladies. Lucy portrayed a widow, living with her BFF, Vivian, who had split from her husband. That was bold territory in 1962. Consider that eight years later, even the progressive Mary Tyler Moore Show fearfully backed away from its initial concept of having Mary be divorced.

4. The show is based on the book 'Life Without George.' 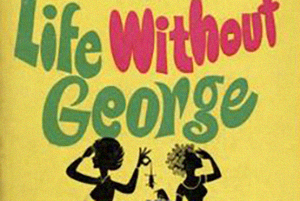 New York writer Irene Kampen published her book about two divorcées in 1961, providing the basis of The Lucy Show. The concept was changed a bit, as Ball's lead character was made a widow. One divorced woman on TV was groundbreaking in 1962; two might have been scandalous.

5. It never ranked lower than eight in the Nielsen ratings.

I Love Lucy finished its first year at No. 3 in Nielsen ratings, and jumped to No. 1 for the rest of its run, save for one year when it slipped to the second spot. That is hard to repeat. That being said, The Lucy Show hung around the top of the ratings for its entire run. In its final season, it was the second biggest show on TV. So why did it end? In 1967, Ball sold Desilu Productions and created a new sitcom, Here's Lucy, to maintain her creative control. 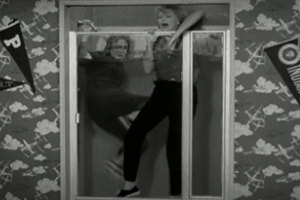 In perhaps the most memorable episode, Lucy and Vivian are trapped in a glass shower that is quickly filling with water. At one point, Lucy must dive to the bottom. Vance recalled that Ball struggled to turn back upright, so she pulled her friend up for air by her hair. Because The Lucy Show was filmed live before an audience, that's what you see on the screen.

7. Her daughter, Lucie Arnaz, appeared on the show. 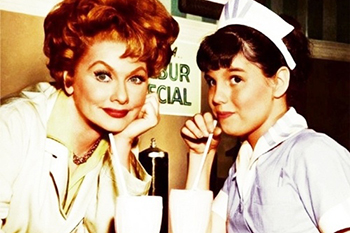 Ball's young daughter played five different characters in six episodes on the series throughout its run. She first appeared as a malt shop employee in "Lucy Is a Soda Jerk." Later, she played much older than her age, popping up as a teenager in "Lucy Is a Chaperone" (though she was 11) and as a friend of Lucy (at the age of 16) in "Lucy and Robert Goulet."

8. Guest star Joan Crawford and Lucille Ball did not get along, to say the least. 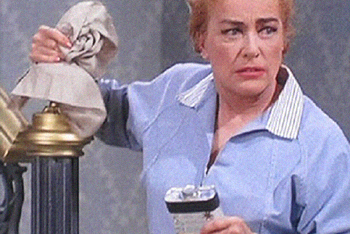 Speaking of Robert Goulet, The Lucy Show delivered loads of celebrity guest appearances, none more notorious than Joan Crawford. The screen legend reportedly worked while inebriated and struggled with her lines, infuriating Ball, who considered replacing her with Gloria Swanson. After the filming, Crawford was said to have proclaimed, "Lucy can outbitch me any day of the week!"

9. Phil Spector recorded and sang the theme song to 'Lucy in London.'

An episode from the 1966–67 season, "Lucy Flies to London," set up the spin-off TV special Lucy in London, which saw her character, Lucy Carmichael, swingin' around mod London. It's certainly a capsule of its era, with Mary Quant mini-skirts, dance routines and the Dave Clark Five. Legendary "Wall of Sound" producer Phil Spector contributed the theme song, providing a rare vocal. It's thick with '60s slang. "With her mini-skirt on / She got in with the Mods / And she really became top gear," he sings.

MichaelThomasMooney 6 months ago
The photo accompanying the headline was not from "The Lucy Show" - it is from a Bob Hope special titled "Bob Hope's Leading Ladies" from September 28, 1966. Her chauffeur is played by Jerry Collona.

LaDonna 34 months ago
She was the best comedian of all time. Loved all her shows.
Like (1) Reply Delete

Dario LaDonna 34 months ago
She was the Charlie Chaplin of television. 😁😁😁😁😁
Like (1) Reply Delete