The Hollywood legend made a sitcom cameo in 1966. 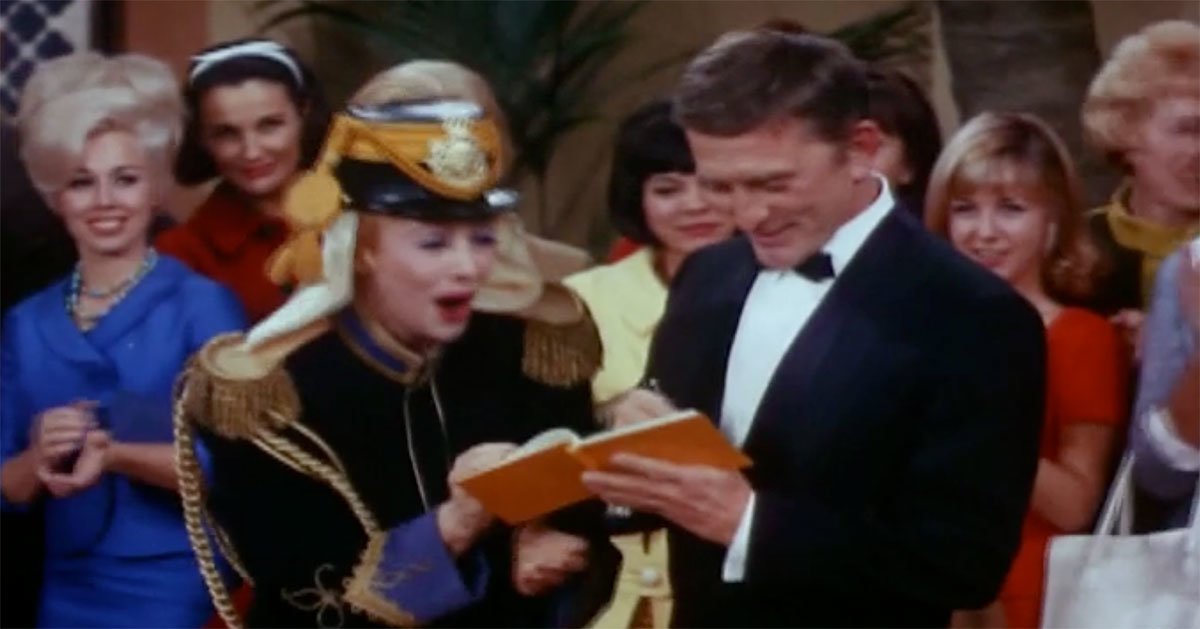 Hollywood legend Kirk Douglas, who recently passed at the age of 103, did not do a lot of TV acting. He didn't have to — his film career took off before televisions became a standard household appliance.

But at the peak of his fame, the Sixties, following Spartacus, Douglass popped up in a couple of unlikely places. Comedies, to be exact. He made two brief appearances on Rowan & Martin's Laugh-In. He was also a celebrity guest star on The Lucy Show.

In the episode "Lucy Goes to a Hollywood Premiere," Lucy gains access to a major Hollywood premiere by working as a theater usher. On the red carpet, she brushes shoulders with Edward G. Robinson, Jimmy Durante… and Kirk Douglas.

An emcee announced the arrival of Douglas as the star of The Heroes of Telemark and Cast a Giant Shadow, his major releases from around that time.

Watch the episode below, courtesy of MeTV!

EricFuller 36 months ago
RIP Kirk. Maybe in the great beyond he can team up with Frank Gorshin to do Dueling Kirk's.
Like (1) Reply Delete