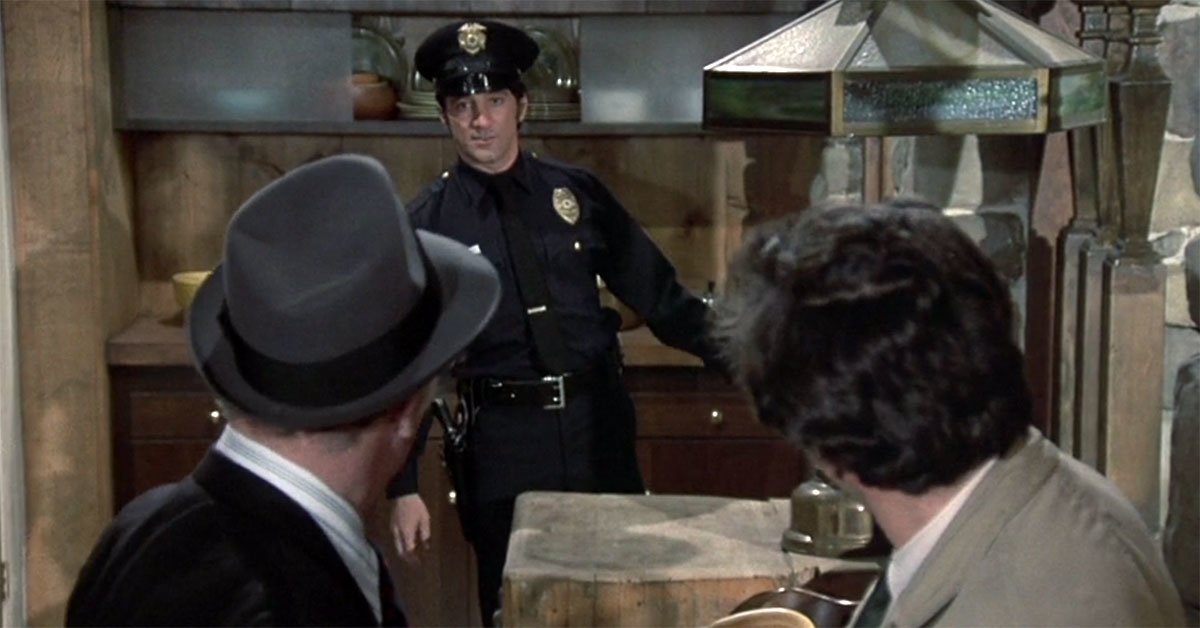 Dave Toma learned to be a master of disguises. Born to a big family in New Jersey, Toma joined his hometown Newark Police Department. After years as a patrol officer, Toma made the leap to the narcotics department. As a detective, he often worked undercover. Infiltrating criminal enterprises foster his skill as a man of disguise.

If fact, he was so good, you probably never noticed he snuck into a few classic television shows, too.

Toma made his acting debut in 1973. Admittedly, his character was not so much a disguise as it was a flashback. The real-life cop popped up as a patrol officer in "Lovely but Lethal," the season-three premiere of Columbo.

Dressed in uniform, Toma interrupts a conversation between Peter Falk and Columbo regular John Finnegan. Look for the scene about 20 minutes into the episode.

"Excuse me, sergeant," Toma's character says, "The kid's boss is outside."

That's it. That's his role. But Toma would hold much more influence on network television in 1973.

Back in 1971, his exploits as an undercover agent landed Toma a guest spot on The Mike Douglas Show. There, he showed off his disguise skills. A network executive must have been paying attention. 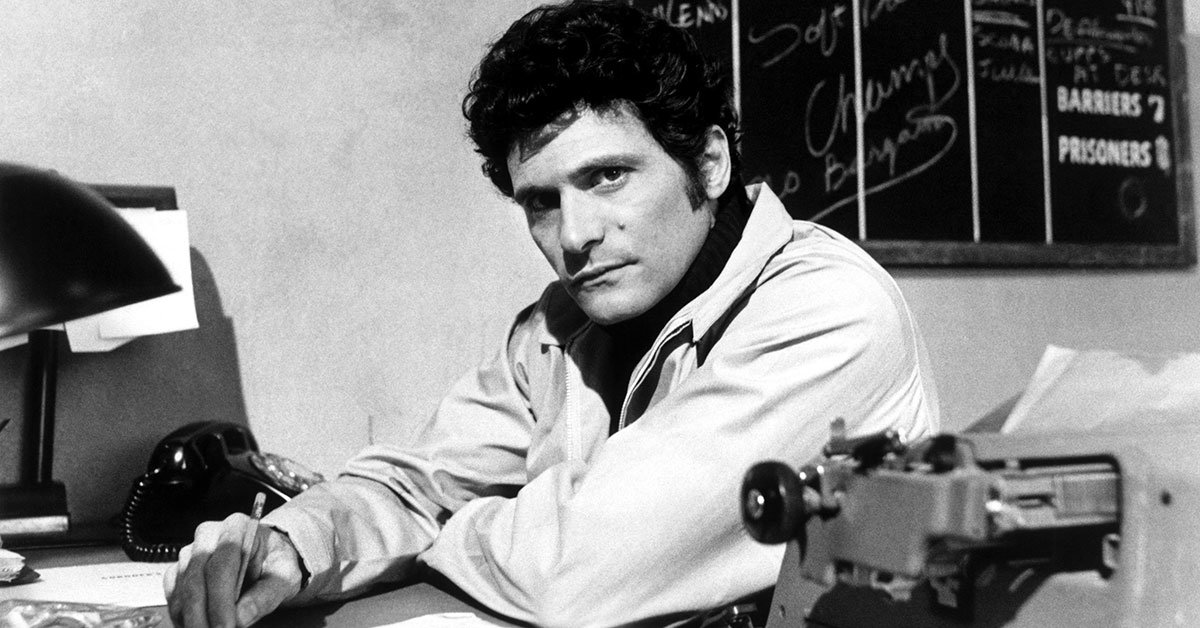 ABC premiered Toma in 1973. The action-drama was based on the Toma's career, showcasing his stellar arrest record and ability to crawl under the skin of his superiors. Tony Musante portrayed Toma, while the real-life Toma turned up as an extra in several episodes. He was everything from a doorman to a dental assistant to, naturally, a detective. The series lasted a mere season.

However, Toma was not the only TV detective inspired by Dave Toma. ABC based its Baretta off the man, too. Like Toma, Robert Blake's character was a cop with a penchant for disguises.

Established as a celebrity cop of the 1970s, Dave Toma made similar small cameos on Police Woman and Police Story. It all began on Columbo.

And he is not the only fascinating background character in "Lovely but Lethal." Later in the mystery, Columbo visits a luxurious "fat farm." He wanders into a gorgeous tiled pool area. There, a masseuse gives a rough back massage to a client. 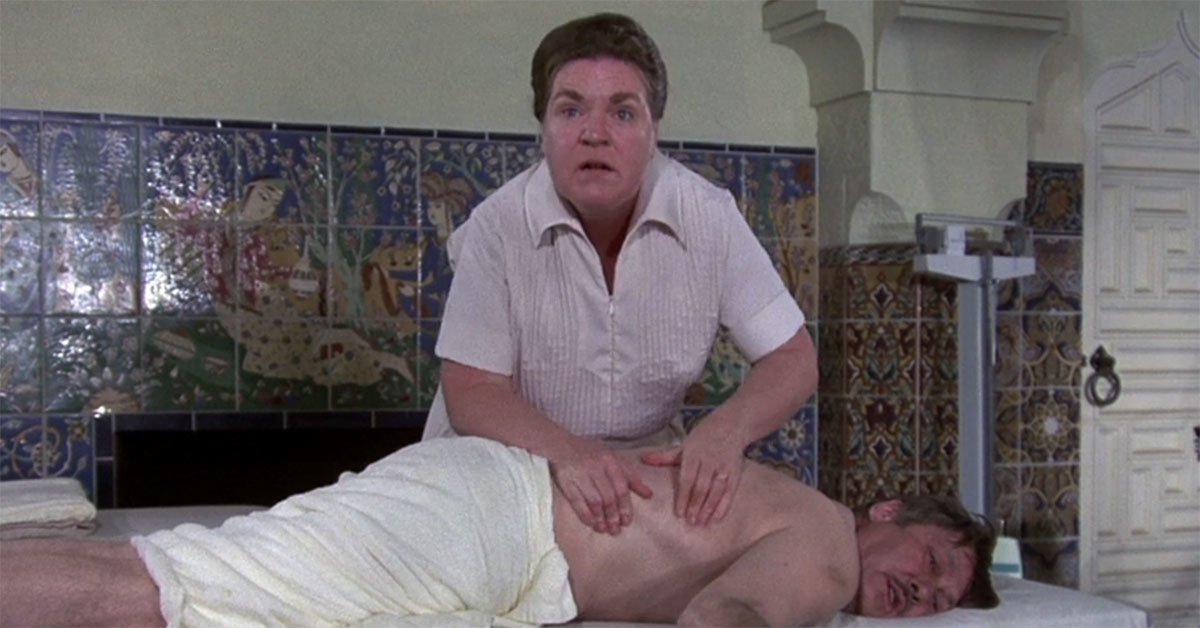 The uncredited spa worker? That is Anne Ramsey. You might know her as Mama Fratelli in The Goonies and the "Mamma" of Throw Mamma from the Train.

It's a lesson you learn from Columbo — always pay attention to the details. 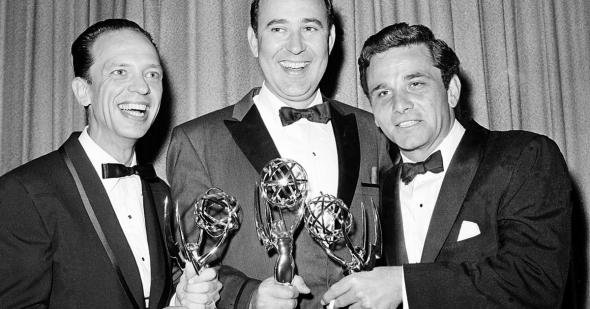 did you know?1960s
Remembering when Don Knotts, Carl Reiner and Peter Falk all won Emmys in the same year

Did you know?
Columbo's catchphrase came about because the writers were admittedly ''lazy''
Are you sure you want to delete this comment?
Close

Wiseguy 21 months ago
There is a connection to The Rockford Files also. Because of the 1973 writers' strike, Toma was behind schedule. Not wanting to show a rerun so early in the season, producers Stephen Cannell and Roy Huggins wrote an episode where Toma would appear at the start and end of the episode, freeing him to film another episode while the rest of the episode would be taken over by another character working on the same case as Toma.

The other character was Rockford, played by James Garner. This would have allowed them to film two episodes at once. However, Tony Musante wasn't interested in making short appearances in what essentially was someone else's episode, so the episode wasn't filmed and Toma had to show a rerun. [Another version says that Toma's network ABC didn't like it; the script was also too long for an hour episode and Huggins didn't want to edit it down.]

The episode that would have been filmed was filmed as a TV Movie with Garner as Rockford and was broadcast later that season on NBC. The rest is history, with few people remembering Toma, while Rockford is known worldwide.

A footnote to this is after Musante left the series after a year (and the series morphed into Baretta), he made a guest appearance on the first season of Rockford the following year.
Like (1) Reply Delete

DiamondGold 21 months ago
After the mayberry marathon are they going to have a new schedule?
Like Reply Delete

David 21 months ago
As I recall, the series Toma ended after a year only because the actor Tony Musante had no interest in continuing. He wanted more variety and challenge than a weekly series could offer.
Like (2) Reply Delete

Utzaake David 21 months ago
Additionally the series was retooled and morphed into Baretta. https://www.hollywoodreporter.com/news/actor-tony-musante-dies-toma-660669 Should be noted that Susan Strasberg played Toma's wife in the series.
Like Reply Delete

MarkSpeck David 21 months ago
My understanding is that Musante quit the series because he didn't want to become a 'star'. Fortunately, for the producers, Robert Blake DID want to be a star.
Like Reply Delete