Yes, we had portable video cameras and music in our pocket half a century ago. 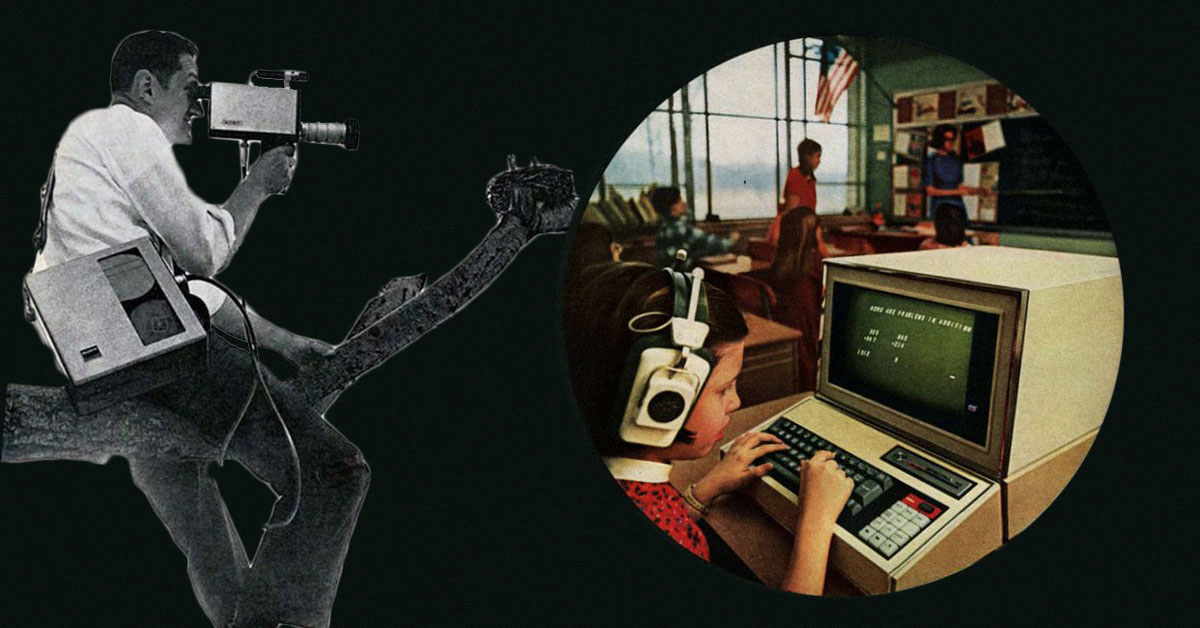 Kids today — and, well, Millennials and the rest of us, too — can hardly imagine life without a smartphone. What would happen to society without the internet? It was a mere 25 years ago that we lived without those two tentpoles of the 21st century.

Imagine if we rolled the clock back twice as far. 1967. Half a century ago. We must have been living in the Stone Age!

Not quite. Computers, music in your pocket, portable video cameras, channel surfing with the clicker… all of it was available. Just look at these vintage ads from '67 that show the world was filled with wondrous technology. After all, we were sending men into outer space. 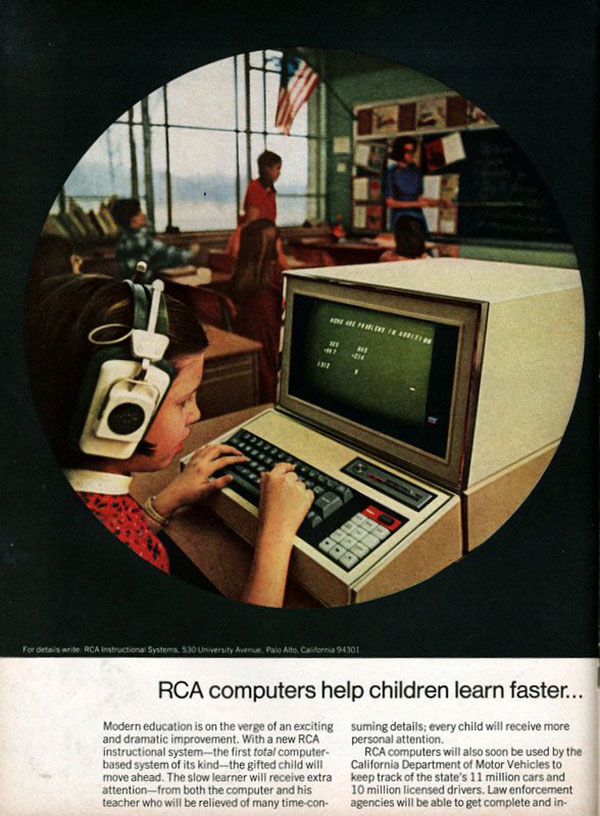 Sure, it's not exactly working on that unfinished novel in a Starbucks, but it's not far off. 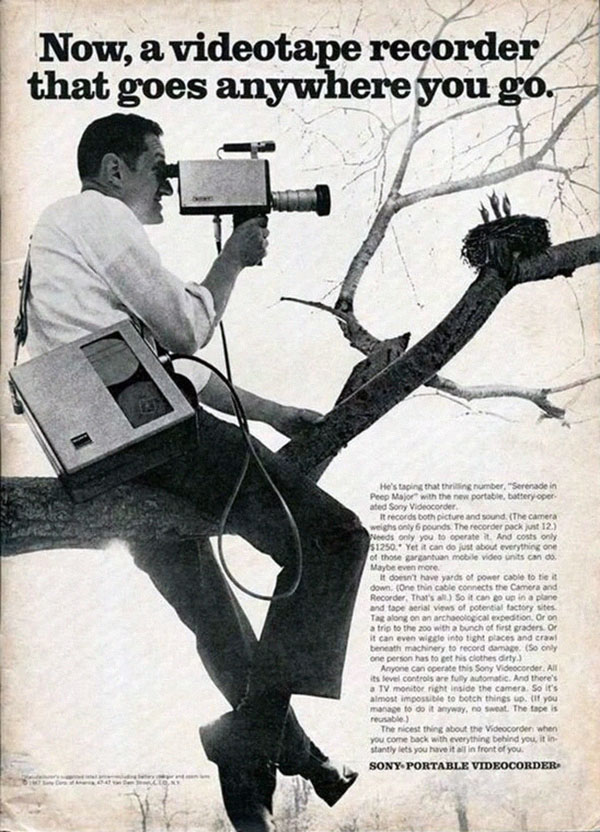 This fellow was trying to make "Baby birds in a nest" the first viral video.

See Also: You can learn a lot about the year 1977 from its amusing magazine ads 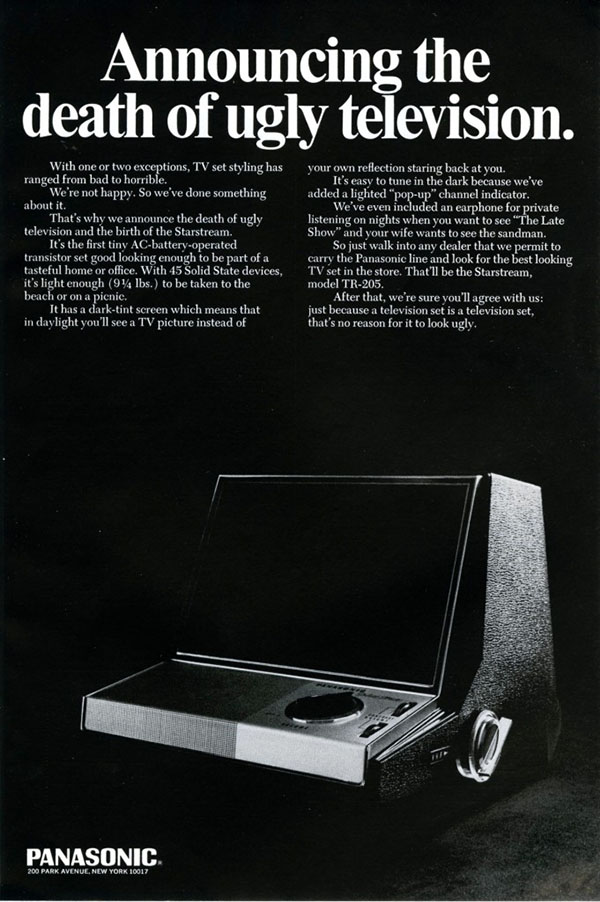 Panasonic attempted to redesign the common television with a sci-fi look. The Starstream never took off, but it did look like a control panel from the Death Star. 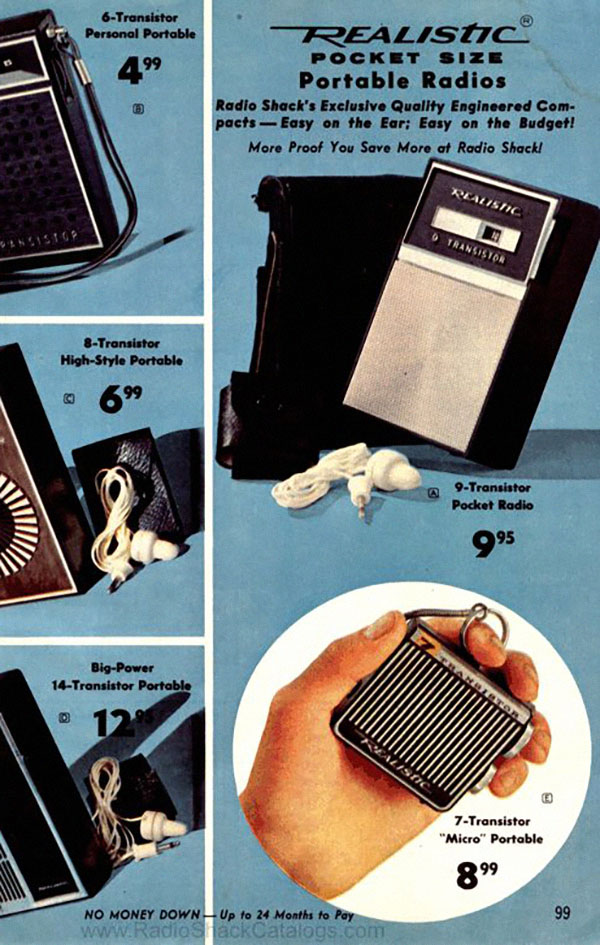 Okay, transistor radios were not terribly high tech by today's standards, but that little one was pretty sweet for sneaking rock & roll into high schools. 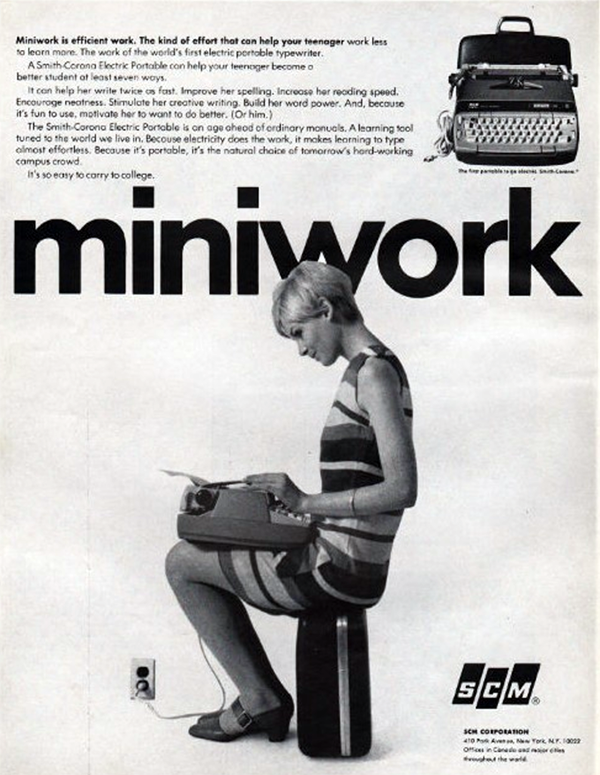 "Do you have an outlet for my laptop?" See, people could have conceivably said that in '67. 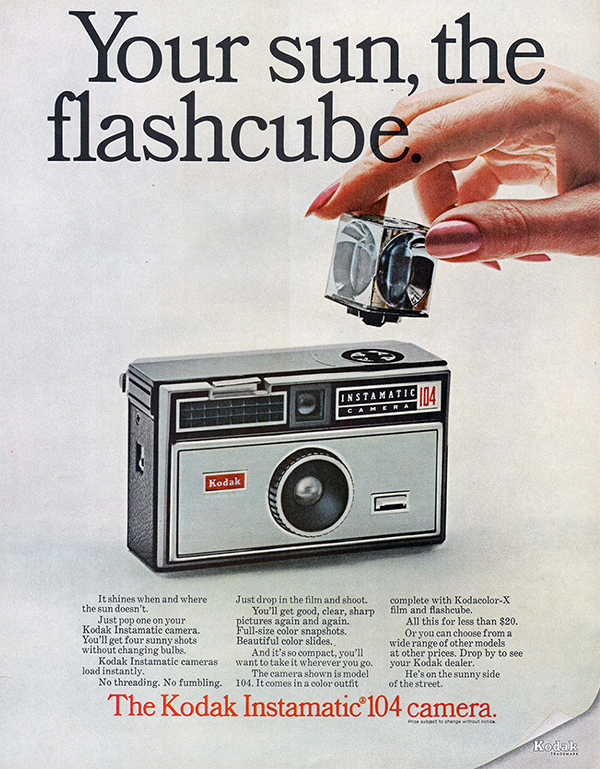 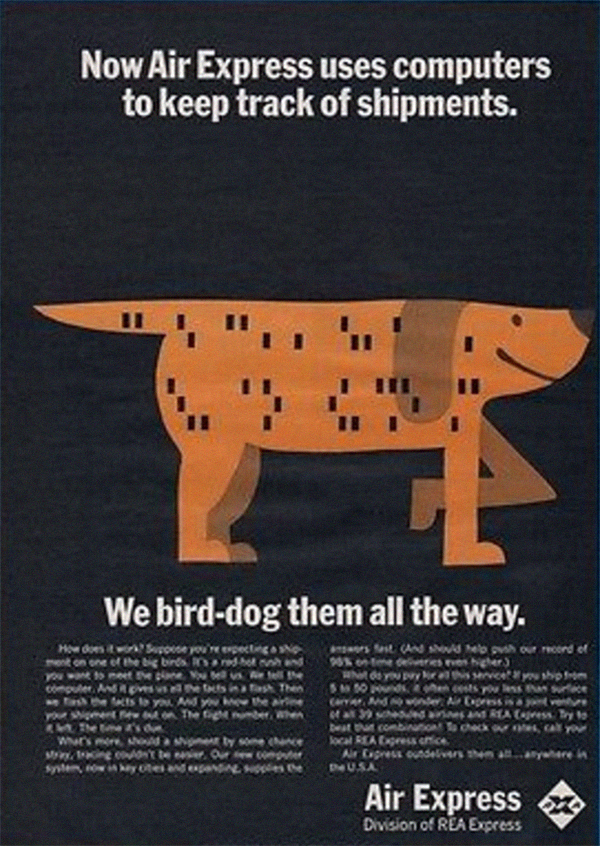 No, kids, he's not covered in giant fleas. He's a punch card. 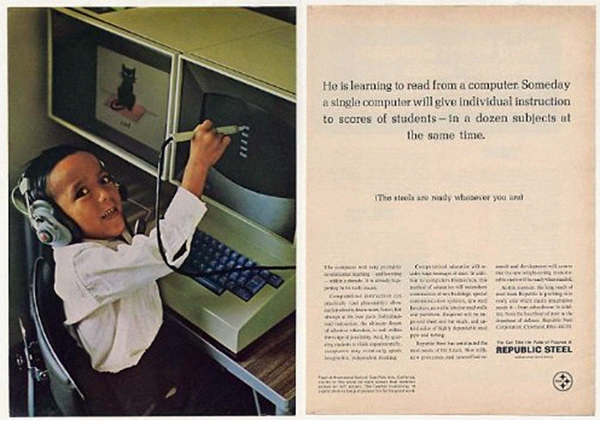 Computer companies are still trying to get us to use a stylus. We like our fingers just fine, thanks. 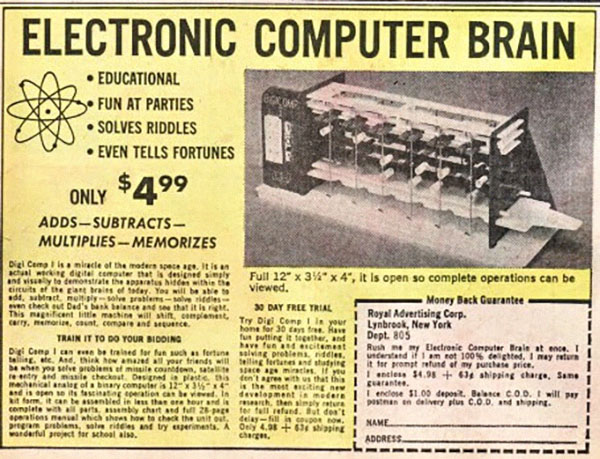 A computer brain for under five bucks? Okay, this was a gimmick from the back of a Marvel comic book, but it sounds as impressive as something the Fantastic Four would have. 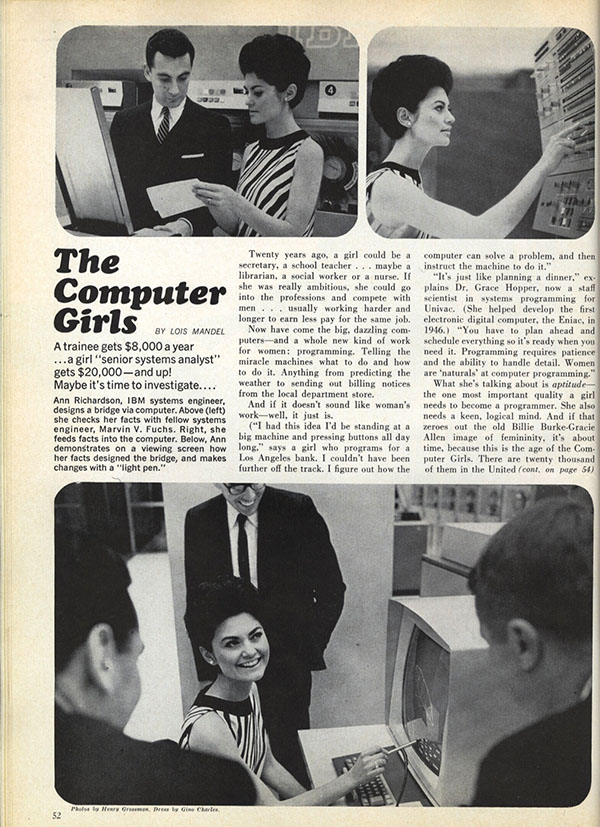 While not an ad, this article from the April 1967 issue of Cosmopolitan explained that the computer industry was made for working women. 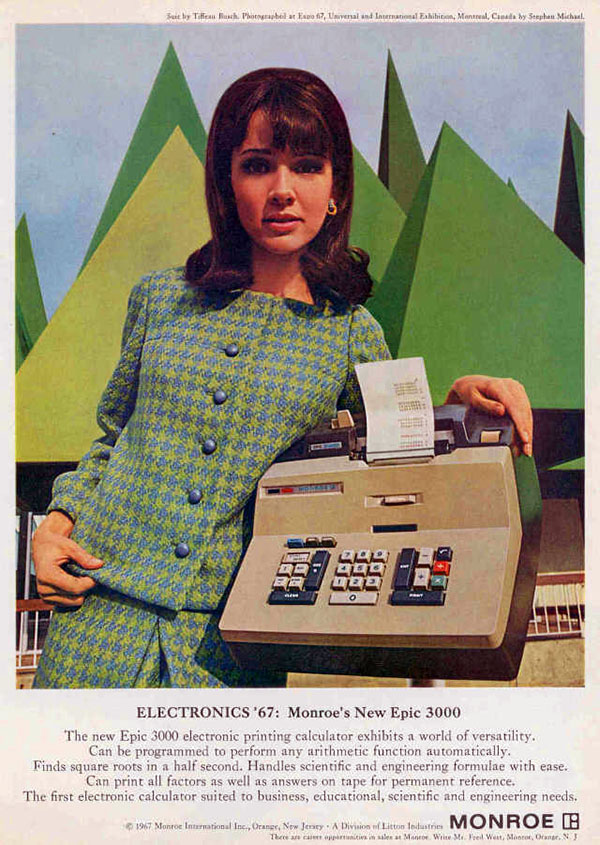 Sure, it won't fit in a pocket, but at least you don't need a slide rule. 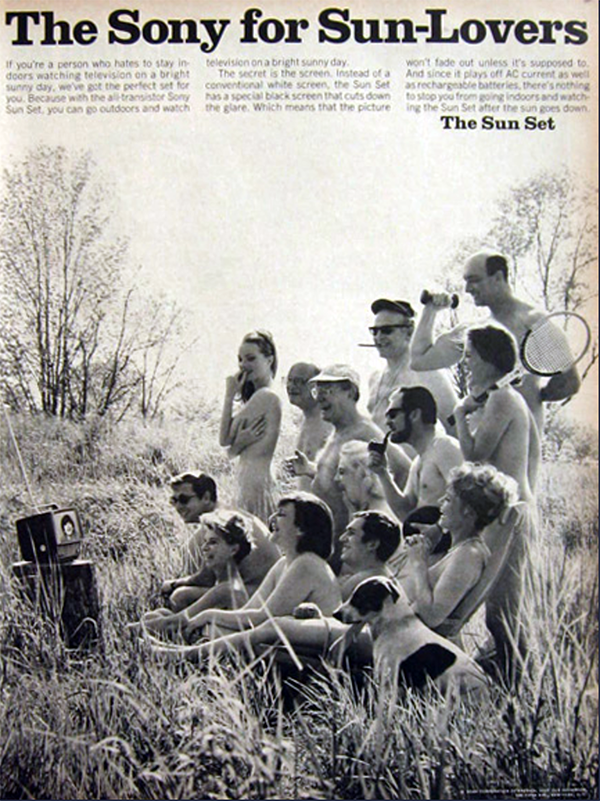 This tiny TV utilized a black screen to reduce glare. What better way to watch the premiere of Mannix outdoors? 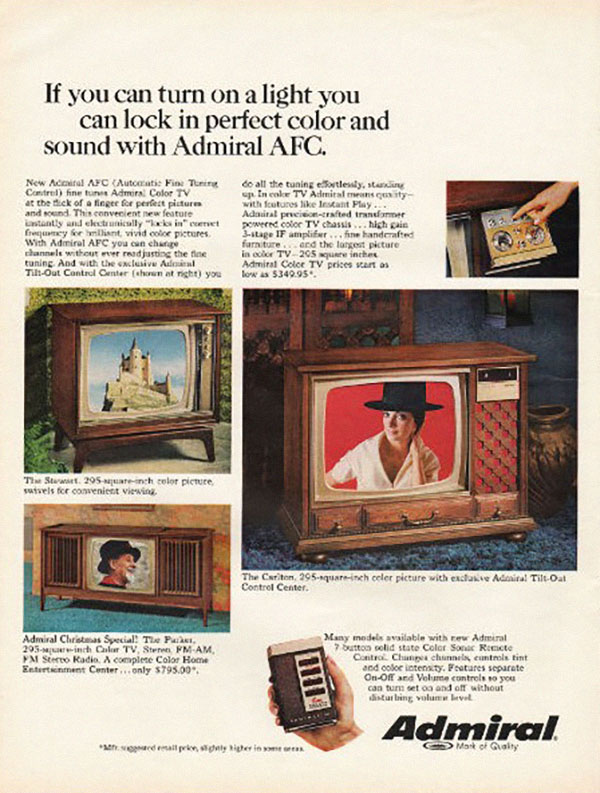 AFC had nothing to do with football. That's the "Automatic Fine Tuning Control," a remote with seven whole buttons! 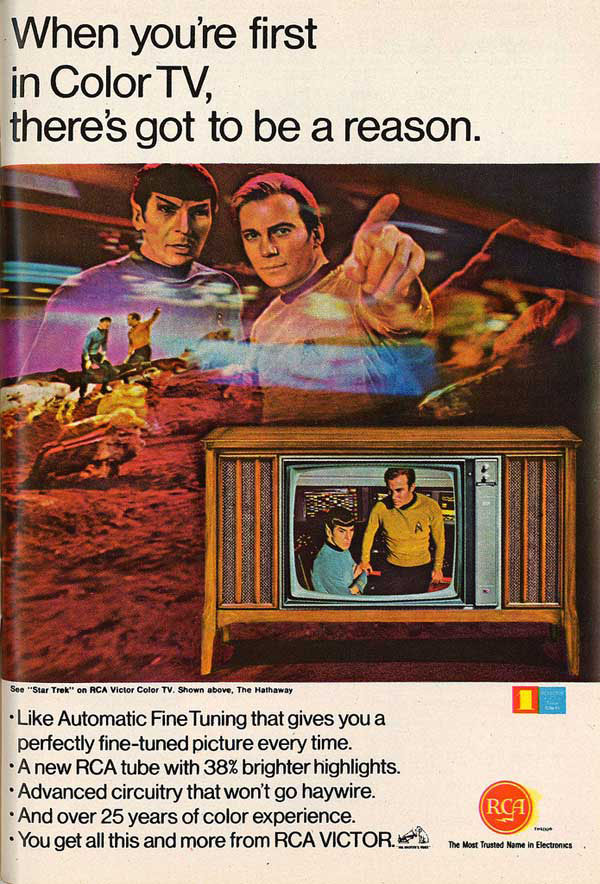 Even if this massive wooden television fails to impress you as a piece of modern technology, you could watch Star Trek on it in 1967, and that was far, far ahead of its time.