Turns out that "OFFICIAL" on the wrapper was not quite official. 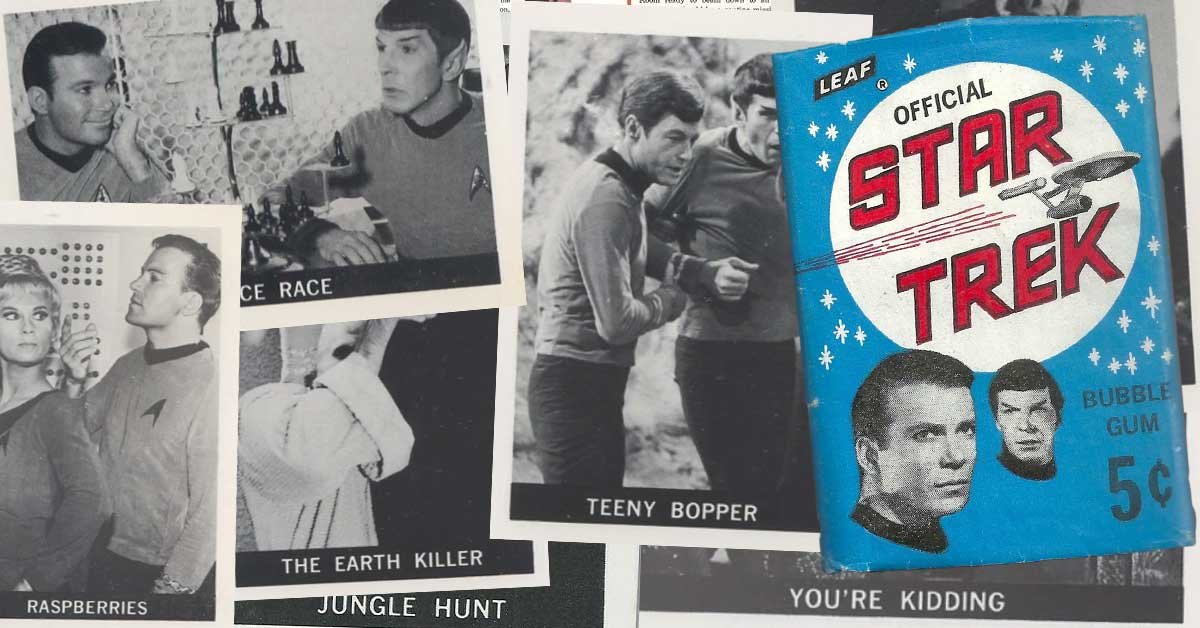 Who could forget those wicked Star Trek aliens the Snards? Do you remember when Captain Kirk yelled at Janice Rand for eating too many drugged raspberries and threatened to cut down on her rations? Or how about the weird gas that made Spock imagine he was a 1960s teenager?

Right now, you probably are thinking that we are the ones suffering from a weird gas or drugged raspberries.

But, no, all three of those kooky descriptions came straight off the backs of "official" Star Trek trading cards. The 72-card collection, printed in black-and-white and sold be Leaf in 1967, was the first ever trading card set for the iconic sci-fi franchise. Released around the start of the second season of the Original Series, these little cardboard collectibles might have been intended for Star Trek fans, but they were certainly not written by Trekkies.

The monochrome art on the front of the cards drew from a mix of season-one screenshots, outtakes and promotional photos. The writer responsible for the short narratives on the flip sides seemingly guessed at what was happening in the pictures, unable to discern the difference between a behind-the-scenes snapshot and a frame from the broadcast. 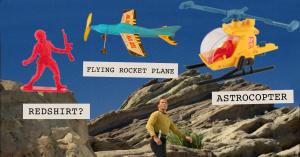 Take card No. 18 for example, titled "Space Race," which used a familiar promotional image of William Shatner and Leonard Nimoy playing tri-dimensional chess. Shatner rests his chin on his fist with a ho-hum grin spread across his face. Nimoy stares at his black bishop. It was captured as a mere photo-op on the set. Here's what the back of the card reads:

Kirk challenges Mr. Spock to a game of space chess. He is confident he can defeat the Vulcanian because he has the emotions of Earth Man. Spock plays with the cool, emotionlessness of his ancestry. To him it is a game of logic. To Kirk, it is a game of logic, too, but with the emotion of winning thrown in. Spock in winning easily. But Kirk, caring about victory, wins.

Most of the cards read with that same translated-by-Google awkwardness. As in another one of our oddball favorites, "Teeny Bopper":

A weird gas causes Mr. Spock to believe he is a 1967 Teeny-Bopper. Dr. McCoy attempts to restrain him. There appears no antidote. Kirk becomes annoyed and shouts at his officer. The sound of authority, spoken like an angry father, jolts Mr. Spock. He rebels at first, then returns slowly to her personality.

[Sic] all of that. We have not altered a single word.

Okay, just one more, the aforementioned "Raspberries". The front of that particular card shows Shatner and Grace Lee Whitney striking comical poses in front of a computer. The back reads:

Yeoman Janice Rand is angry at the Captain. He tells her that she has eaten so many wild raspberries on the planet the Enterprise visits he may cut down on her rations. The raspberries turn out to be drugged. Dr. McCoy makes a counter drug and saves the crew from dying.

Overall, the cards depict Captain Kirk as a short-tempered, vindictive leader. On "Command Decision," his boredom leads him to endanger the lives of all the crew. He repeatedly kills. A general air of bitterness hangs over the entire crew, which perhaps better reflects the mood of the cards' author than the series itself. The writer comes off as disgruntled, probably because he was forced to whip up 72 paragraphs about a show he had never watched.

Despite — or perhaps because of — these goofy mistakes, the 1967 Leaf Star Trek cards fetch big money in modern auctions. Appraisers value a single mint card at $400. A mere waxy pack wrapper can list for $350 on eBay. Much of that value is due to the scarcity of the cards.

Leaf began in Chicago as a candy, confectionary and trading card manufacturer circa World War II. The company gave the world Whoppers Malted Milk Balls and, in 1948, printed the first-ever all-color baseball card set. Two decades later, the company jumped on the Star Trek bandwagon and printed up the 1967 set.

There were two significant problems. First, the Midwestern company had limited distribution and was only able to get its cards to area states like Illinois and Ohio. Secondly, there was the matter of whether Leaf had the rights to even print the things.

By varying accounts, Leaf either had either "licensing issues" or outright released the cards without permission. Some reports claim that the packs were recalled due to legal issues. But as trading card expert Kurt Kuersteiner told psacard.com, "[W]hat company in their right mind is going to produce a series thinking that they had the licensing and then wait to get the licensing until after they have printed the cards?"

To his point, the cards did come with © 1967 Desilu Productions Inc. slapped on the bottom in fine print. Kuersteiner speculates that the recall might have been due to an issue with the cast or writers rather than the production company. Another theory suggests that the Illinois and Ohio sales run was a marketing test, and the cards were killed dues to poor sales.

Perhaps the most mysterious thing about these cards is that their backstory is still clouded in mystery. Deep Star Trek fandom had led to countless books, memoirs and websites. Yet questions still surround these quirky cards. We do know one thing for sure. That 5¢ investment in 1967 sure paid off handsomely. 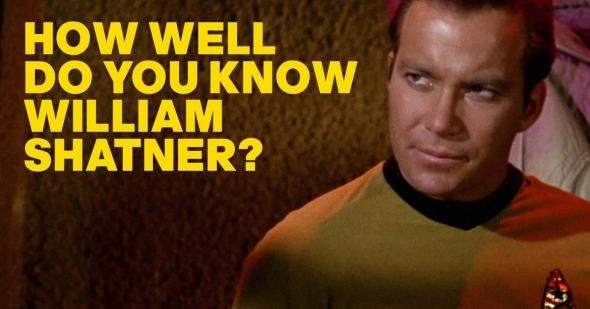 stereo3d 13 months ago
These cards also were distributed in Missouri. I bought several packs at the HIllcrest Drug Store and Pharmacy located in Rolla, Missouri when they were originally released when I was a kid. I still have them, too.
Like Reply Delete

TVFF 14 months ago
That's a fun and crazy story. And the fact that it's still a mystery makes it even more fun.
Like Reply Delete

DaveBunzel 41 months ago
First off, does anyone monitor these conversations for spam?

Second, what's this about the "the first-ever all-color baseball card set?" Ever since the days of the tobacco cards, they were all in color. Do you mean the first set to feature every player? The first cards to use color photographs? Your statement is inaccurate or misleading.
Like (1) Reply Delete

ETristanBooth 41 months ago
My brother was a 17-year-old Star Trek fan in 1967. I sure wish he had purchased these.
Like (3) Reply Delete
DerekBird ETristanBooth 16 months ago
That's if he had the opportunity. If they were indeed a Test set, then they wouldn't have been distributed nationwide.
Like Reply Delete