Where To Watch Shop Store Contact
Home / Stories / There is still one remaining Yogi Bear's Honey Fried Chicken open in America
Did you know?Cartoons

The fast-food chain started in the late-'60s and is holding on in South Carolina. 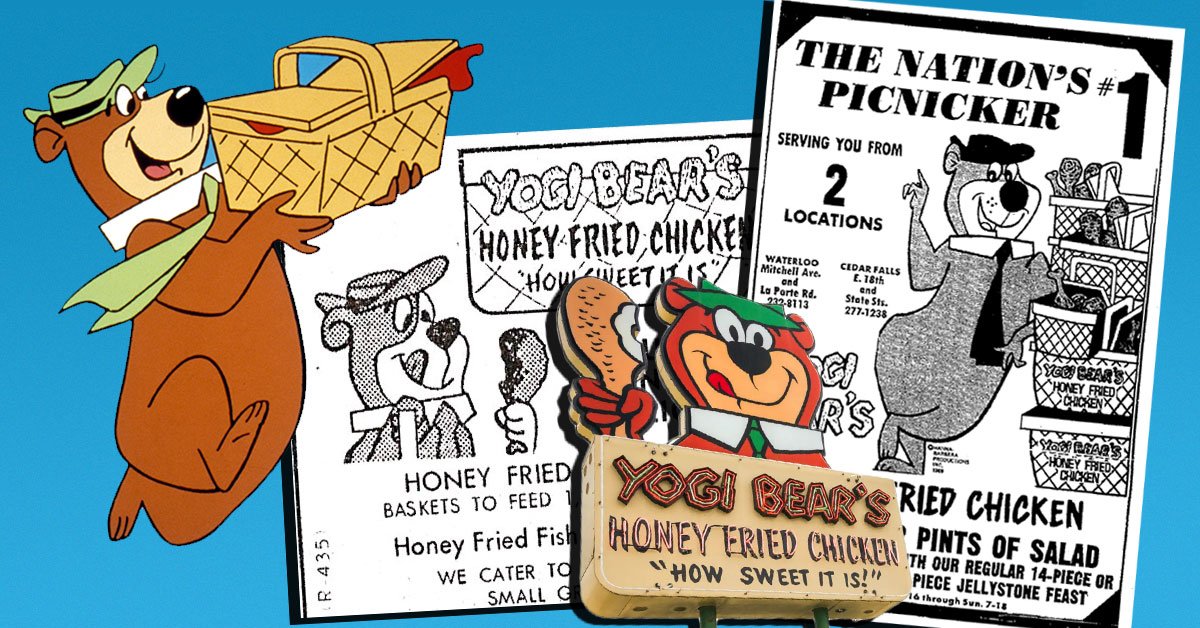 If you ever find yourself in Mt. Airy, North Carolina, the hometown of Andy Griffith and the real-world "Mayberry," hop on U.S. Route 52 and head south of the small town. Route 52 crosses the border and winds you down past Hartsville, South Carolina. There, you will find another piece of vintage Americana with warm-and-fuzzy (well, hot-and-crispy) television ties.

You see, Yogi Bear's Honey Fried Chicken dishes out boxes of drumsticks in Hartsville. It is the last remaining location of a chain once tied to the Hanna-Barbera pic-a-nic lover.

Like The Flintstones, a cartoon heavily inspired by The Honeymooners, Yogi Bear's Honey Fried Chicken can trace its roots back to Jackie Gleason.

Kentucky Fried Chicken had shaken up the fast-food industry in the Sixties. After introducing his "bucket meal" in 1957, Colonel Sanders saw his fortunes skyrockets. According to the book Fast Food: Roadside Restaurants in the Automobile Age, Kentucky Fried Chicken had spread to 600 locations across the land, making it the biggest fast-food business in America. Suddenly, everyone wanted in on the fried chicken game.

Minnie Pearl, a Southern comedy character performed by Sarah Ophelia Colley at the Grand Ole Opry and on Hee Haw, lent her name to a chain called, naturally, Minnie Pearl's Fried Chicken, born in Nashville in the Sixties. 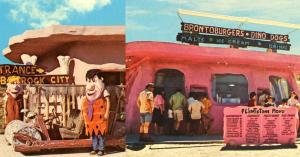 There was just one catch — Jackie Gleason would not sign off of the usage of his name. But there was a catchphrase.

"How sweet it is!" — first spouted in the 1963 movie Papa's Delicate Condition — became forever associated with Gleason. Even today, a road sign greeting drivers to Brooklyn, New York, declares: How Sweet It Is! You will also find the motto at the bottom of the vintage neon sign welcoming diners to Yogi Bear's Honey Fried Chicken in Hartsville.

After his rejection from Gleason, Broome, who by 1962 had become the largest independent restaurant owner in the Palmetto State, instead turned to Hanna-Barbera. Ed Justin, the marketing supervisor at the animation studio, licensed the famous bear to Broome's restaurant. The Gleason catchphrase stuck, nevertheless, instead touting the sweet honey in the batter.

Broome had a knack for Hollywood-themed eateries. He also founded the Ponderosa Steak Barn, inspired by Bonanza, and Frank 'n' Steins, a hot-dogs-and-brewskis joint tied to the Universal Studios monster.

In 1968, hamburger giant Hardee's shelled out seven figures to partner with Broome and take Yogi Bear's Honey Fried Chicken national. An article in Investor's Reader magazine in 1971 explained that the chain had expanded to 11 locations around the South and Midwest, but sat "largely neglected" by its corporate overseers. The fine print in the old newspaper advertisements in the image up top show franchise locations as far as Waterloo, Iowa, and Huntsville, Alabama. The chain did not last much longer.

Some of the fiberglass figures of Boo Boo, Yogi and the Ranger Smith, once used to lure hungry drivers, remained for years as a roadside attraction in North Carolina. Those are cute, but you could wander a little south and pick up an order of the real thing. YouTube reviewers still delight in taking a nostalgia trip with their eyes and stomach. 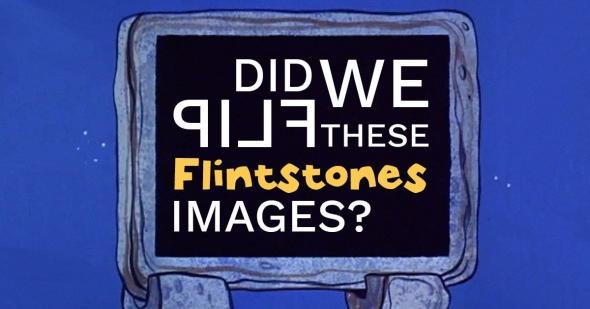 Cartoons
Can you tell if we flipped these images from The Flintstones?

dmagoon 27 months ago
Snuffy Smith had his own restaurant named "Snuffy's Shanty" once.
Like Reply Delete

MrsPhilHarris 28 months ago
I would love to see the Yogi and Boo Boo figures.
Like Reply Delete

Or drag a file here to upload
texasluva 28 months ago
I do not believe this franchise was anywhere near I lived in San Diego at the time. Never even heard of them. Though I have heard of them, never ever seen a Hardee's, White Castle and many others that took up shop in other parts of the nation.
Like Reply Delete

jokodi 28 months ago
Last month i have made and received $93,826 by working online from homein my part time.I am a student and was doing this in my free time for 3 to 4 hrs a day using my laptop.Very simple and easy to do work and regular earning from this are just awesome. Now every person can get this and start making money online by following steps on this website...for more info visit any tab this site Thanks a lot....
HERE►www.cash03 .com
DON’T include SPACE in url
Like Reply Delete

JewelsChuck 28 months ago
What was the other names for the Ponderosa restaurants? I know they had another chain name too. Anyone?
Like Reply Delete

stephaniestavropoulos JewelsChuck 28 months ago
Bonanza. This was the chain that Dan Blocker was a partner/had an interest in.
Like Reply Delete

dbalius 28 months ago
Wonder what border you have to cross to get there? Is a passport required?
Like (1) Reply Delete

JewelsChuck dbalius 28 months ago
Not sure but don’t forget to bring your 😷 mask... lol
Like (1) Reply Delete

michaelangelo19 JewelsChuck 28 months ago
Masks are for SICK people...and sheeple..
Like Reply Delete

CelticTwilight michaelangelo19 28 months ago
Where did you get that from your dear leader trump? Have you also injected yourself with bleach like he recommended?
Like (1) Reply Delete

harlow1313 michaelangelo19 28 months ago
Infectious disease experts from around the world, who study this for a living, tell us wearing masks will slow the spread of Covid 19. Please tell me why you don't accept this.
Like (3) Reply Delete
texasluva harlow1313 28 months ago
No sense asking them why since they would still refuse to wear a mask. Even if everyone left and right of them were affected and dropping dead. It is like the flat world fanatics and Aliens bases on the moon theorists. They just have to be themselves no matter what reality is.
Like (2) Reply Delete

cperrynaples 28 months ago
Looks Very TASTY! Too bad it's so far away from me!
Like (3) Reply Delete