The Bedrock City theme park opened in 1966 and was reduced to rubble in 2019. 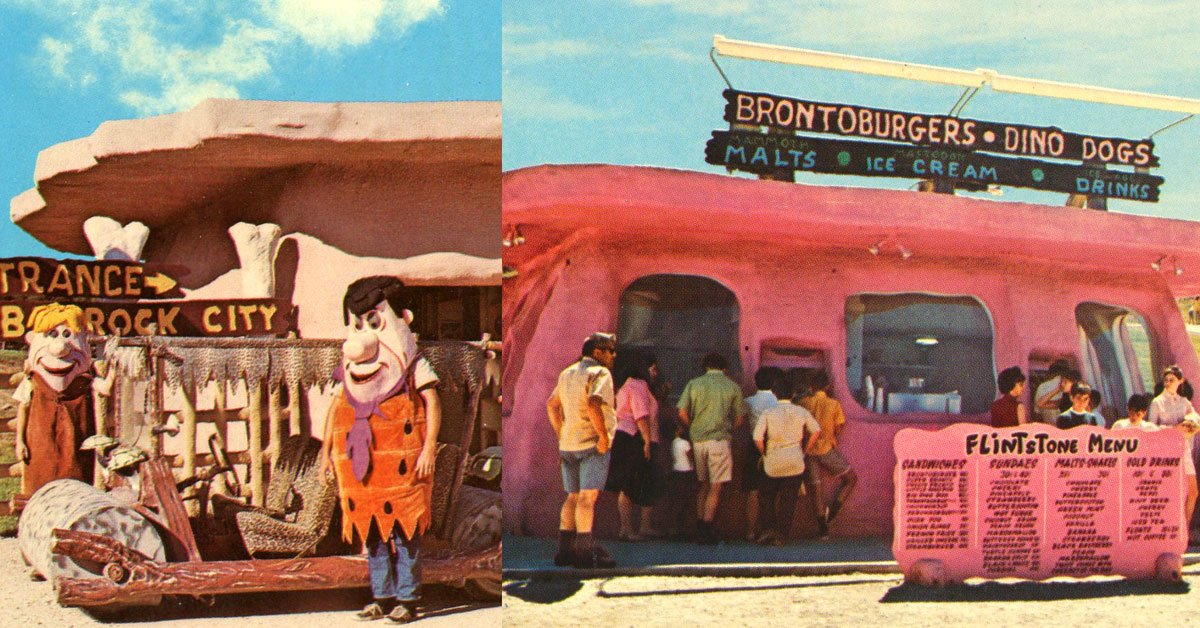 You can not enter the cartoon world of The Flintstones, but if you wanted to wander a landscape similar to Bedrock, the southwestern corner of South Dakota makes a pretty darn good approximation. The barren buttes, steep pinnacles and arid sandstone found in the Badlands and the Black Hills bring to the mind the backdrop of Bedrock. The only things missing are the palm trees and pterodactyls. 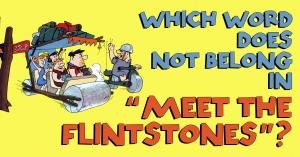 quiz1960s
Can you find the ONE word that is not in the Flintstones theme song?

No wonder that in 1966, as The Flintstones was wrapping up its sixth and final season in primetime, six entrepreneurs opened a Bedrock City Theme Park in Custer, South Dakota. Yes, the landscape was ideal, but with the national attractions Mount Rushmore and the forever-in-progress Crazy Horse Memorial nearby, that nook of the Great Plains was a popular road-trip destination. After driving to gaze at George, Teddy, Tom and Abe, the whole fam could pile into the station wagon and cruise 20 miles down the road to visit Fred, Barney, Wilma and Betty.

Better yet, these were not 60-foot sculptures. Fans could shake hands and hang with the Rubbles and Flintstones, wander their neighborhood, and even feed on "Dino Dogs" at the hot pink Bedrock Drive-In. 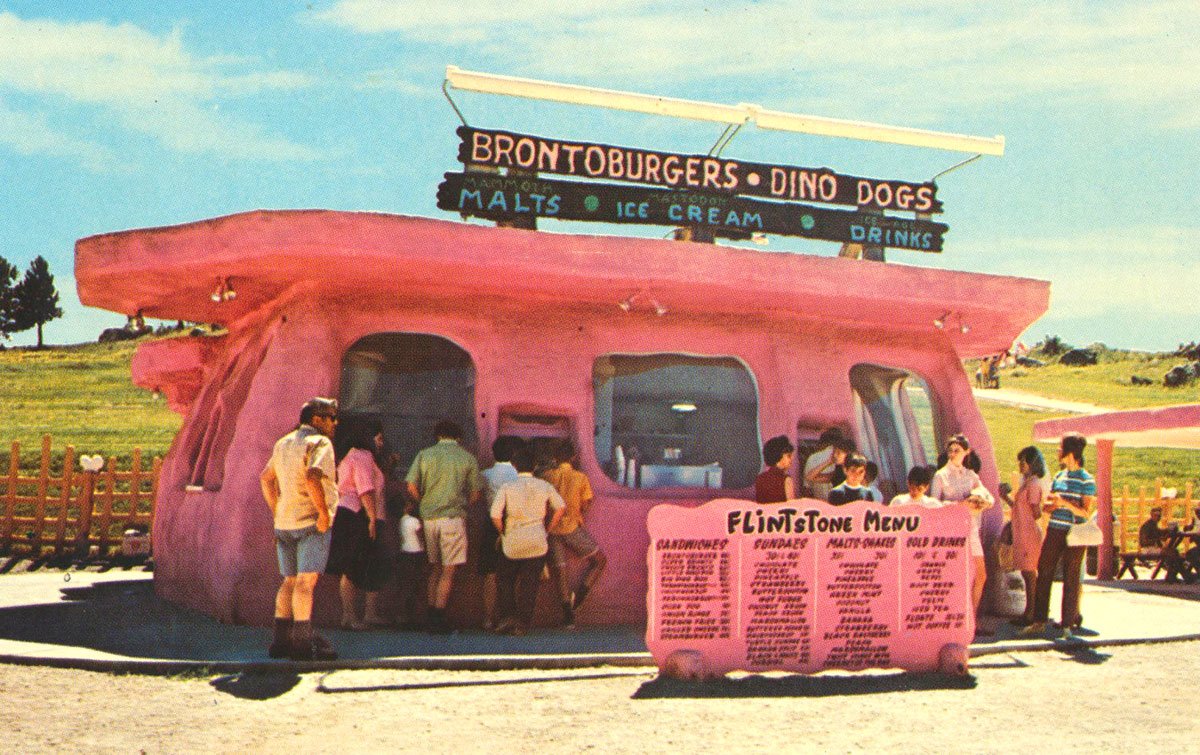 As seen in this postcard, the fast-food shack flipped "Brontobugers" and served up "Mammoth Malts" and "Mastodon Ice Cream" (in flavors from banana to black raspberry). Back then, at the opening, everything could be had for under a buck.

The props and costumes were pretty spot-on, though some employees ruined the effect wearing jeans and sneakers. 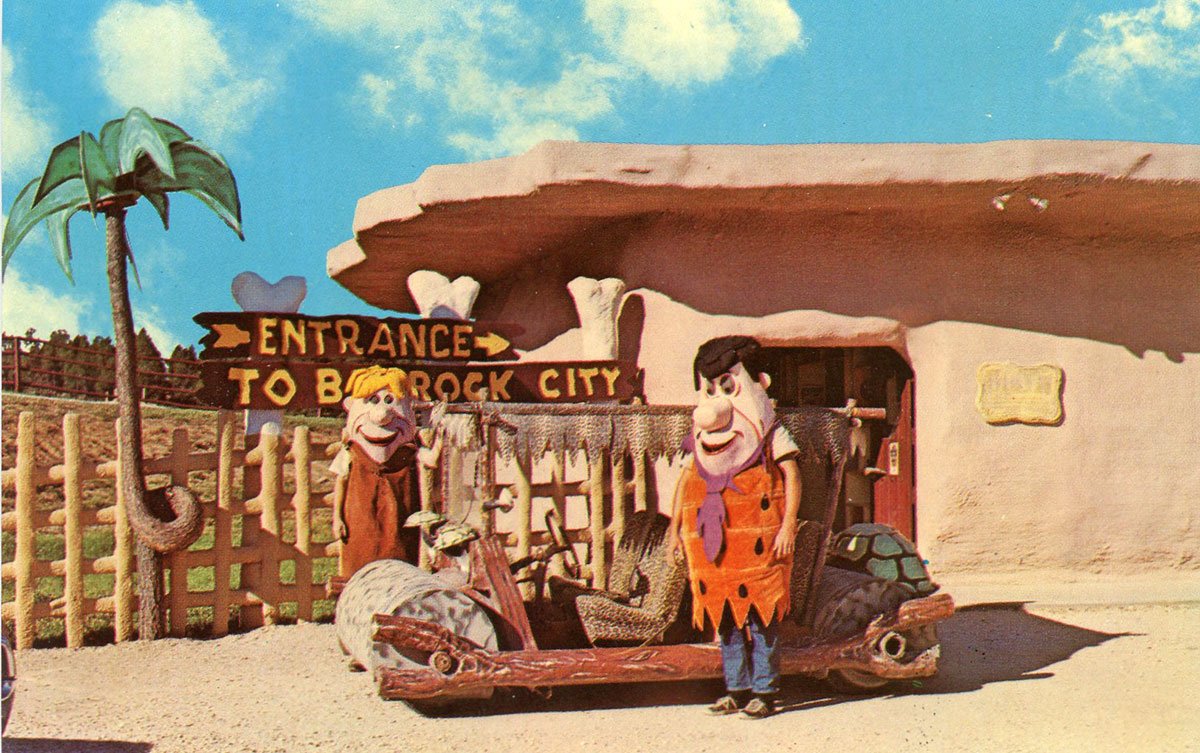 Actors in "feet shoes," like Hobbits, appeared to be more Bedrock appropriate. 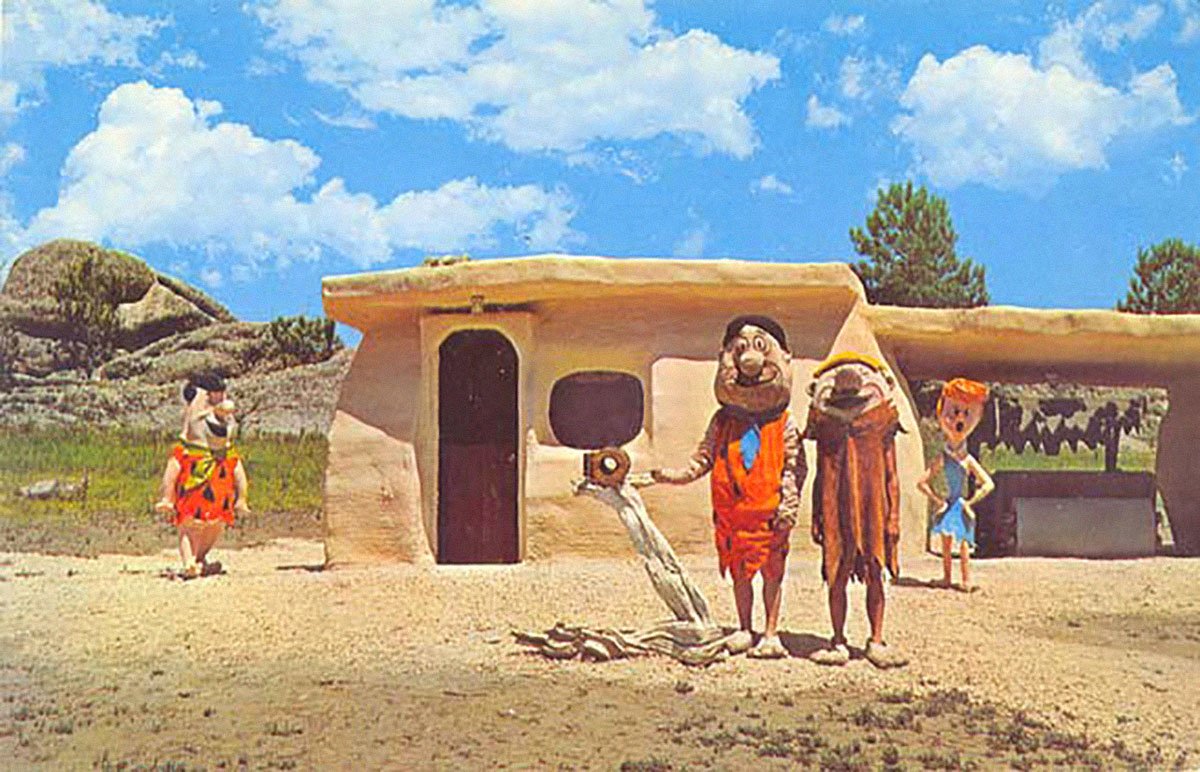 Over the years, the attractions grew. The fossilized website, now archived, proclaimed, "Walk the streets of Bedrock City. See Mt. Rockmore and Barney Peak. Enjoy the Flintstones™ Trio Show and Rockmore Theatre. Take the Iron-Horse train through the Wild West and Dinosaur Canyon!" The park offered putt-putt, a swimming pool, camping, a choo-choo train, and even a small market.

The TV series might have been coming to an end in 1966, but it was a savvy investment for founders Eddie Speckels, Woody Speckels, Harry Hollmann, Milton Hollmann, Darwin Steckelberg and Harold Steckelberg. The Flintstones were growing in popularity. A feature film, a spy caper called A Man Called Flintstone, hit theaters that year. Two years later, Flintstones Vitamins appeared in drugstores. A year after that, Pebbles breakfast cereal hit grocery shelves. Meanwhile, the adventures of Fred and Barney lived on in reruns on Saturday mornings.

In June 1972, Woody Speckels and his son Francis opened a second Bedrock City, in another geologically iconic landscape with heavy tourism — the Grand Canyon.

The original location closed in 2015. The Arizona spin-off carried on until early 2019. It would prove to be a dark year for Bedrock City. Months later, the South Dakota park was reduced to… er, rubble. 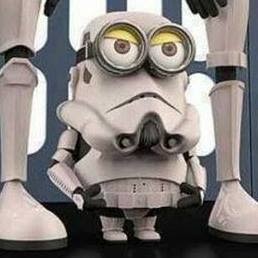 bob 32 months ago
My grand parents took me there in the late '60s on our way to Rushmore. I was like 7 years old, and it was awesome!The whole town was there, theater played the cartoons and everything. My big disappointment was with all the billboards of "See Custer's Last Stand", I wanted to go there for ice cream!
Like (1) Reply Delete

TCKirkham 33 months ago
My Mom, a family friend, and i visted the Bedrock city in Kelowna BC Canada in July 1978, when I was 15 - it was a lot of fun! Although you couldn't go into the houses - it was set up with plexiglas ports you went into to look around - the place was still enjoyable, but probably not as extensive as the one in South Dakota. And it was my first (and so far last) trip out of the US and I have to say that British Columbia is very beautiful indeed! Lots of happy memories those four days! :-)
Like (2) Reply Delete

Runeshaper 33 months ago
This is so cool! I had no idea this ever existed. Kind of sad now that I, along with many others, will never get the opportunity to experience this.
Like (2) Reply Delete

RobCertSDSCascap 33 months ago
Always wanted to visit there and Yogi's Jellystone Park.
Never even ate the honey-fried chicken. 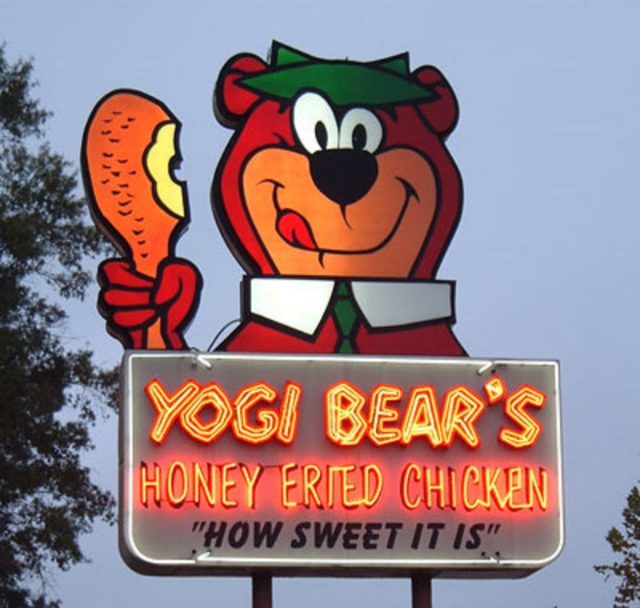 MrsPhilHarris RobCertSDSCascap 33 months ago
I never knew there were Jellystone campgrounds. I would have killed to go to one.
Like Reply Delete

CedarFarm 33 months ago
Visited it many times growing up and later with my wife and kids on our annual trip to the Black Hills. Our kid's loved the little train. It's a shame its gone.
Like (3) Reply Delete

harlow1313 33 months ago
Dang. I was preparing to pack my bags and book my flight bound for fabulous South Dakota!

And then I realized that the park is permanently closed...