Where To Watch Shop Store Contact
Home / Stories / The man who made Spock's ears was a true humanitarian and patriot
Did you know? 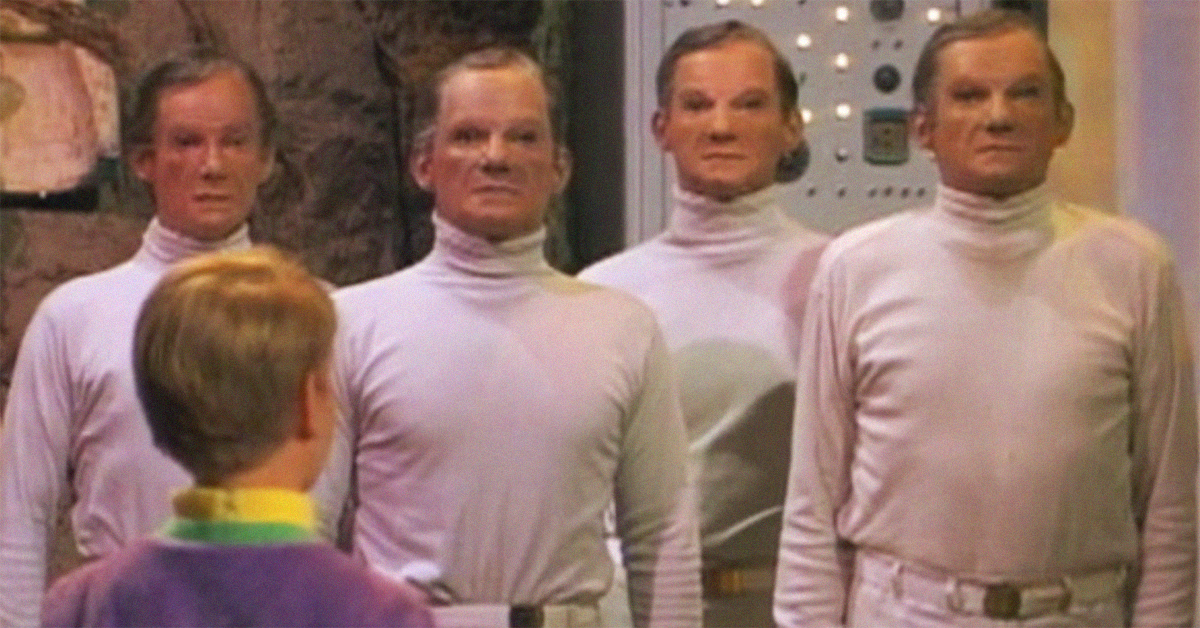 Actor Jonathan Harris suffered all his life with claustrophobia. Typically, that fear of confined spaces had no effect on his work on Lost in Space. However, the third season episode "The Space Destructors" called for his sneaky Dr. Smith to clone himself. To achieve such an effect, Harris would have to encase his head in dental casting material in order to craft a mold for masks. Such a life cast seemed like an impossible task, to say the least.

Enter John Chambers. A genius makeup artist who had previoisly worked on The Munsters and The Outer Limits, Chambers was equally skilled at calming and caring for others. With Chambers behind the chair, coating Harris' head in goop became a doable makeup job. Harris himself was quick to point out that Chambers' calming nature helped him get through what should have been an agonizing assignment.

Chambers never left Harris, holding his hand and talking him through every step of the ordeal as he was placed into 12 minutes of total isolation inside the plaster molding. (Check out some incredible behind-the-scenes photos from the process at Uncle Odie's Collectibles. The final results of the episode can be seen up top.)

This human side to makeup effects was nothing new to Chambers. He had done so much with his unique skills as a makeup sculptor and designer. Many outside the industry are not aware of the work he did gratis for veterans who had suffered horrific facial wounds, ones that could not be mended with plastic surgery at the time. Chambers used his art to restore their looks and lives every chance he could. He never took credit fo this humanitarian work. 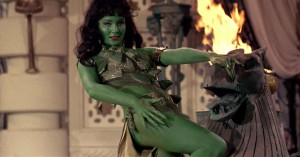 In the original 'Star Trek' pilot, it wasn't easy being green

Actually, some of his professional work went uncredited as well. Perhaps most famously, he sculpted Mr. Spock's ears for Star Trek! He also created the the now overused effect of ripping off the disguise masks on Mission: Impossible. Much of this work was done in the garage studio of his Burbank home.

Chamber's most acclaimed work arrived in 1968 with the original Planet of the Apes film. Those lifelike simians earned him a well-deserved honorary Oscar the following year — a rare honor in the Sixties. The Academy Awards would not create a category for Best Makeup until 1981.

However, one of his greatest achievements would not be made known until 1997, when it was declassified by the government. Chambers played a key part in the Canadian Caper, the covert mission to rescue six American diplomats from Iran in 1979. For years he kept it a secret. Of course, the story would famously be told in the Academy Award–winning 2012 film Argo, which featured John Goodman as Chambers. The Hollywood guru also designed disguise kits for the CIA — not far removed from his Mission: Impossible work. The CIA would award Chambers with the Intelligence Medal of Merit.

Argo barely scratched the surface of his work as a true American patriot. Think of him the next time you spot Spock's ears, Dr. Smith's eerie clones or Roddy McDowall under rubber.

BarbaraAnderson 1 month ago
My daughter just suggested two days ago that we watch The movie Argo. So when this article came up I needed to read it. I never knew anything about John Chambers and how much he did before the Canadian Caper.
Like Reply Delete