America’s #1 Classic Television Network
Find your local MeTV station
Where to watch
See when your favorite shows are on
See schedule
Personalize MeTV.com to follow your favorite shows
Free sign-up
Shop your favorite shows in the MeTV Store
Shop Now
Home / Stories / Get your stinking paws on these 9 facts about the 'Planet of the Apes' TV series
Did you know? 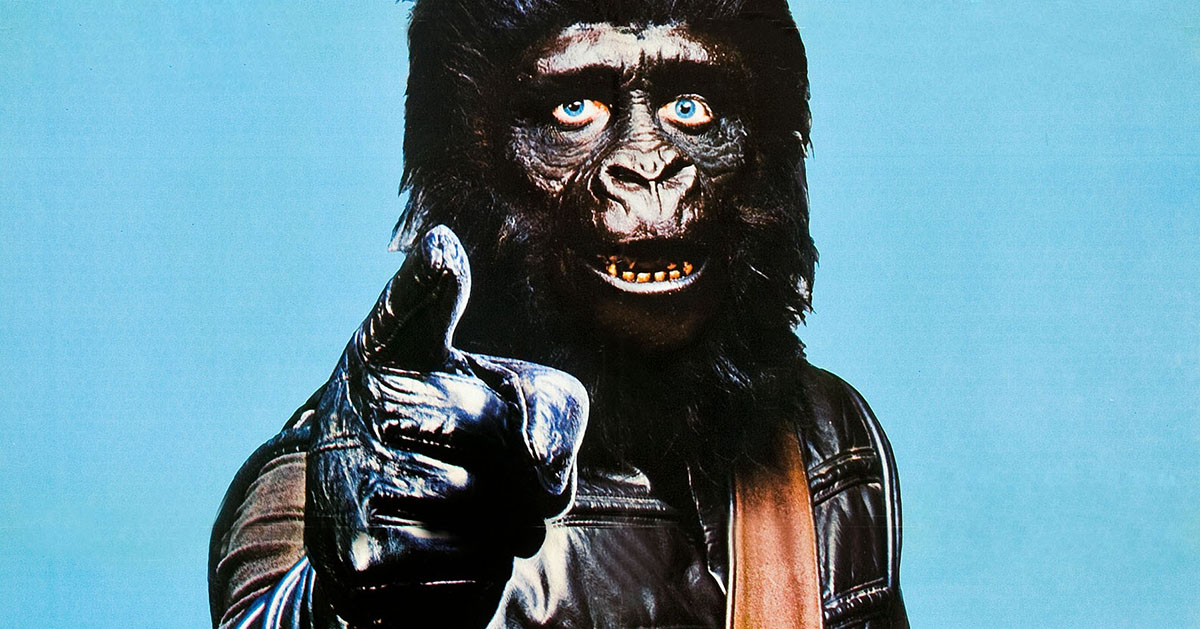 Before Star Wars there was Planet of the Apes. The cinematic universe of five feature films, released between 1968 and 1973, was a merchandising juggernaut. Fox licensed the Planet of the Apes name and characters for more than 300 different tie-in products, everything from trading cards and action figures to pajamas and lunch boxes. In many ways, the simian franchise set the standard for the modern model of studio tent poles.

In the fall of 1973, CBS paid a hefty $1 million (almost the entire budget of that year's Battle for the Planet of the Apes) for the rights to broadcast the first three Planet of the Apes films. When the flicks hit primetime television, they were a success, drawing a 57% audience share and the highest ratings of the week. Naturally, the network set to work on a TV show.

The Planet of the Apes series launched in September 1974. By the end of the year, it would be canceled. Going head-to-head with Sanford and Son proved to be fatal. Still, the 14 episodes remain a great piece of sci-fi storytelling with remarkable talent and makeup for the era. Here are some things you might not know about this overlooked entry in the Planet of the Apes franchise. 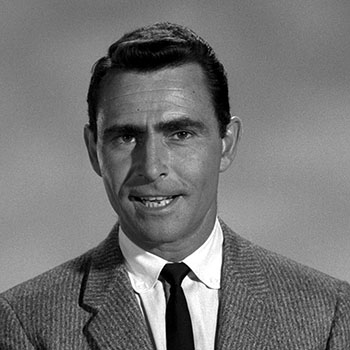 The brilliant Twilight Zone creator penned the initial pilot scripts, left titled simply as "Episode One" and "Episode Two." Though his teleplays would go unused, there are similarities in concept. In Serling's script, two astronauts, Virdon and Kovak, land on a mysterious planet after a period of suspended animation. Of course, they encounter the apes and end up going to trial, echoing the first film.

2. It was the most expensive TV show on the air. 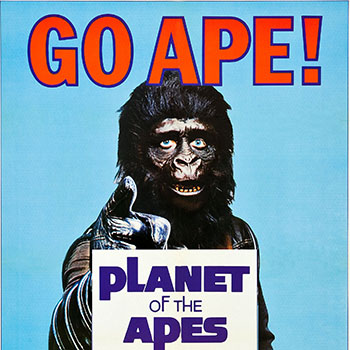 In the book Planet of the Apes Revisited, Roddy McDowell notes, "It was very expensive. In fact, it was the most expensive series on the air." According to a newspaper article from 1974, the costs ran to about $250,000 per episode.

3. Roddy McDowell returned from the movies, but played a different chimp. 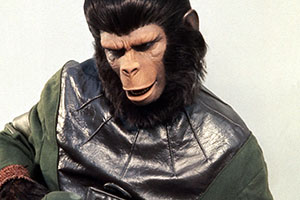 No actor is more associated with Planet of the Apes than McDowell, though it's easy to forget he portrayed multiple characters. On the big screen, the actor slipped on the chimp mask to play both Cornelius and Caesar. Here he plays Galen, another ape sympathetic towards man, in all 14 episodes. 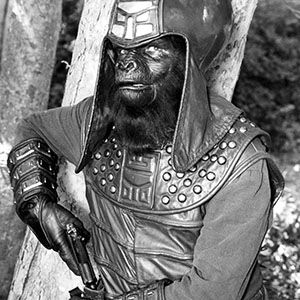 Under that heavy gorilla makeup is Mark Lenard, best known at Comic Cons as Sarek, Vulcan father to Spock. The Star Trek legend also portrayed the first Romulan seen in the series, and later a Klingon in the films. That's the ultra-rare Trek alien trifecta. 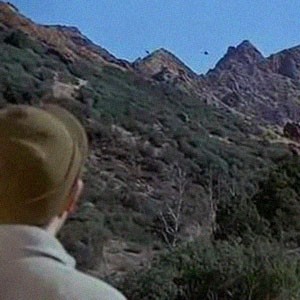 Fox produced the series in its favorite rustic locale, Malibu Creek State Park, in a canyon just beyond the hospital tents of the 4077th. Now that would make for one interesting crossover episode. Hawkeye and Trapper do dress up in gorilla suits in "As You Were."

6. Many actors tried out for the main roles. 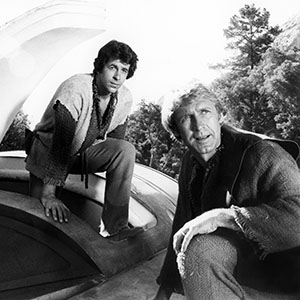 It is said 53 actors auditioned for the astronauts. Gossip Girl fans might recognize the man on the left, who played Major Burke, James Naughton, who would later become Nate's granddad, William van der Bilt, on the soap. The role of Colonel Virdon, eventually filled by Ron Harper, proved harder to cast. Marc Singer (V) and even Bruce Jenner reportedly tried out for the part.

7. There was a minor continuity error from the movies when it came to pets. 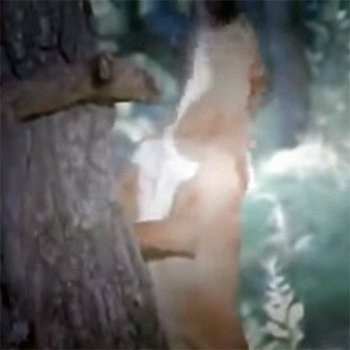 In the film series, it is stated that dogs and cats have died off. However, in the first episode, an ape on horseback chases a human up a tree with his hunting hound, seen here. Ape's best friend?

8. There were spin-off story albums. 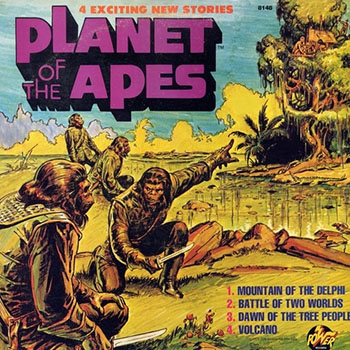 Amidst all the merchandise, there was product specifically related to the television series and its unique characters. Power Records released a series of "Little LPs" in 1974 that fleshed out the narrative with audio stories centering on Galen and the two astronauts. 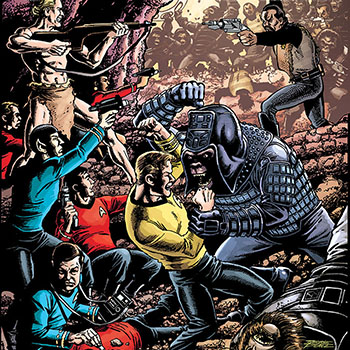 As the series struggled to attract eyeballs, the writing was on the wall. As actor Bill Blake explained in a 2010 interview, Gene Roddenberry was brought in to consult. "Gene had already contacted Westheimer Optical Company, who did special effects for Star Trek, and was going to contract them to do mattes, opticals, special effects, etc. — anything to help give the show a bigger, more epic look." The plan was to also shift the timeline back to the original film, bringing back the ape characters Zira and Cornelius. Alas, this vision never materialized.

Stoney 22 months ago
Most of the episodes were pretty good. Too bad it never found its footing.
Like Reply Delete

MikeMcgee 33 months ago
Regarding number 7 it was actually a different timeline than the movies. After all humans could talk in this time line.