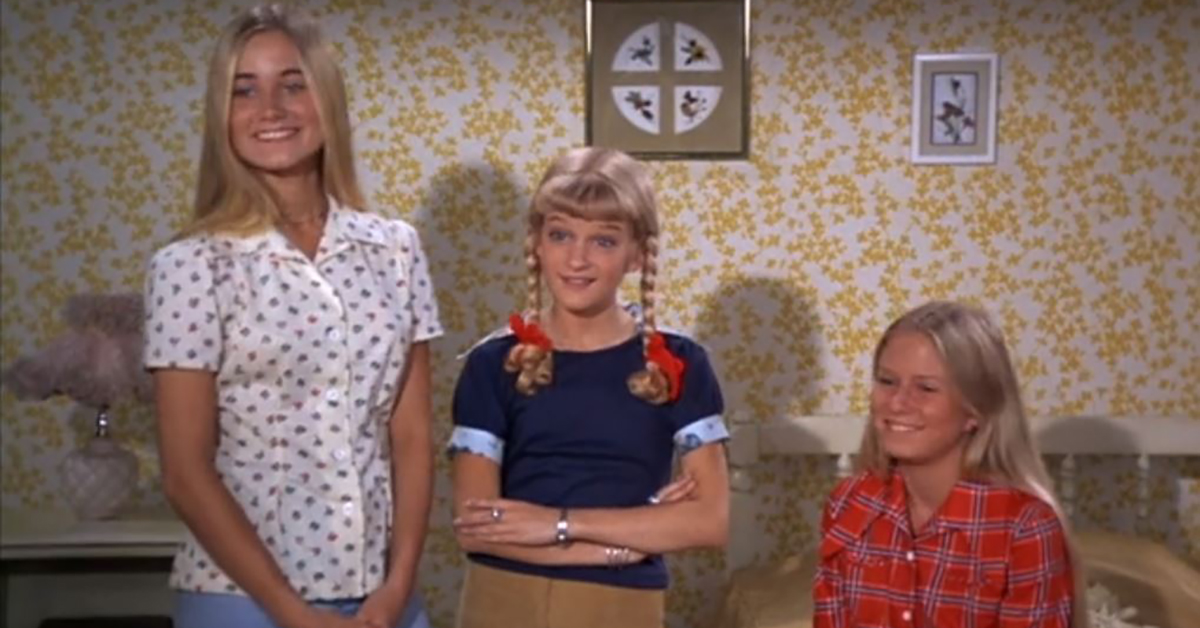 The Brady Bunch did plenty of renovating during the series run. Revisiting, it's easy to see why it became such a fun recurring subplot. These renovations provided opportunities for physical comedy galore (like Greg accidentally swiping a paintbrush across Alice's face when painting door trim) and moments that were absolutely pure (like Bobby and Cindy playing tic tac toe in paint on the wall). Once again, these sequences made it easy for audiences to see themselves in the family onscreen.

One of the biggest projects we watched them undertake was actually the subplot to the iconic episode "The Subject Was Noses." In it, Carol and Mike are redecorating their bedroom, trying to decide between two different wallpapers: one a pink and white floral, the other bands of mustard stripes.

Unswayed to select either, they decide to paint the room instead, using a light mint green that Carol likes so much, she threatens to repaint the whole house as the episode's final joke.

The next season in the episode "My Brother's Keeper," there's a call-back to this episode, as the subplot once again finds the Bradys redecorating, only this time, they're redoing the girls' room.

As Bobby and Peter struggle to reconcile after Bobby saves Peter's life, the girls are busy picking out wallpaper to change things up in their shared space.

In his book Brady, Brady, Brady, series creator Sherwood Schwartz said that for this scene, he actually let the actors playing the Brady sisters — Maureen McCormick, Eve Plumb, and Susan Olsen — choose which wallpaper they would have to live with for the rest of the series run. And apparently, however well-meaning, this was not his most well-thought-out decision on set.

You see, on the Brady Bunch set, Schwartz had learned from the very beginning that for the show to look authentic, it was best for the Brady kids to actually make the arts and crafts used on the show, from the art hanging in the kids' rooms to the posters used to help Jan win a popularity contest.

So, he said, "I asked the girls to pick out the wallpaper," and after going through the options, the girls landed on a design with a dizzying array of small yellow flowers, about the color of Carol's wedding dress in the show's first episode. 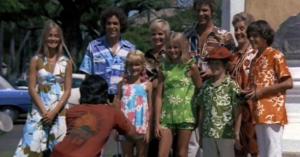 Once the pattern was picked, Schwartz consulted with his cinematographer and that's when he learned he'd made a mistake. "Maureen, Eve, and Susan had picked out a design that was hard to shoot," Schwartz said. "Bob Hager, the cinematographer, asked me to change it to something less extreme."

But have you ever tried to back down after making a kid a promise? Do you remember the first time you got to pick out the wallpaper in your bedroom, or the color of the paint on the walls?

The series creator returned to his young stars and told them what Hager had said. "They were hurt," Schwartz said in the book. "I had asked them for their opinion, and it didn't seem to matter."

Not able to disappoint the Brady sisters, Schwartz brought this message to Hager. "I went back to the cinematographer and asked if he could live with it. He grumbled, but he reluctantly agreed."

So in the end, the girls did get to pick out the wallpaper they liked best, and the episode ends with Carol joking to Mike that the whole experience just makes her want to do even more renovations, suggesting she approved of the sunny design her onscreen daughters chose, too.

Pacificsun 35 months ago
If you notice in that photo, the clothing of the girls really needed to (and did) stand apart from that "dizzying" wallpaper print. Or they could've been lost. Though growing in popularity were color TVs in viewers' homes, the show was also seen in black and white! Meaning a balance in "contrasts" was also most important!
Like Reply Delete

idkwut2use 36 months ago
Lol, nice...for some reason reminds me of when I wanted my walls painted neon yellow but the bucket I picked was too intense and cast a yellow glow over everything, so we had to redo a wall and go with a less saturated shade...didn't account for the lighting, but it was a beautiful color in the store...xD
Like (1) Reply Delete

cperrynaples 36 months ago
Remember the Brady Renovation episode where they tried to find THAT wallpaper...they proably haven't made that design in 40 years...LOL!!
Like (1) Reply Delete

KathyMcKinny cperrynaples 35 months ago
actually the wall paper they were choosing was the original blue and pink one that was replaced by the golden flowers.
Like Reply Delete

Pacificsun cperrynaples 35 months ago
And it wasn't that they had to "find" the wallpaper, but many of those original prints (throughout the house) needed to be designed via computer, and printed on fabric or paper!

The renovation show was fascinating window about doing creative solutions!
Like Reply Delete