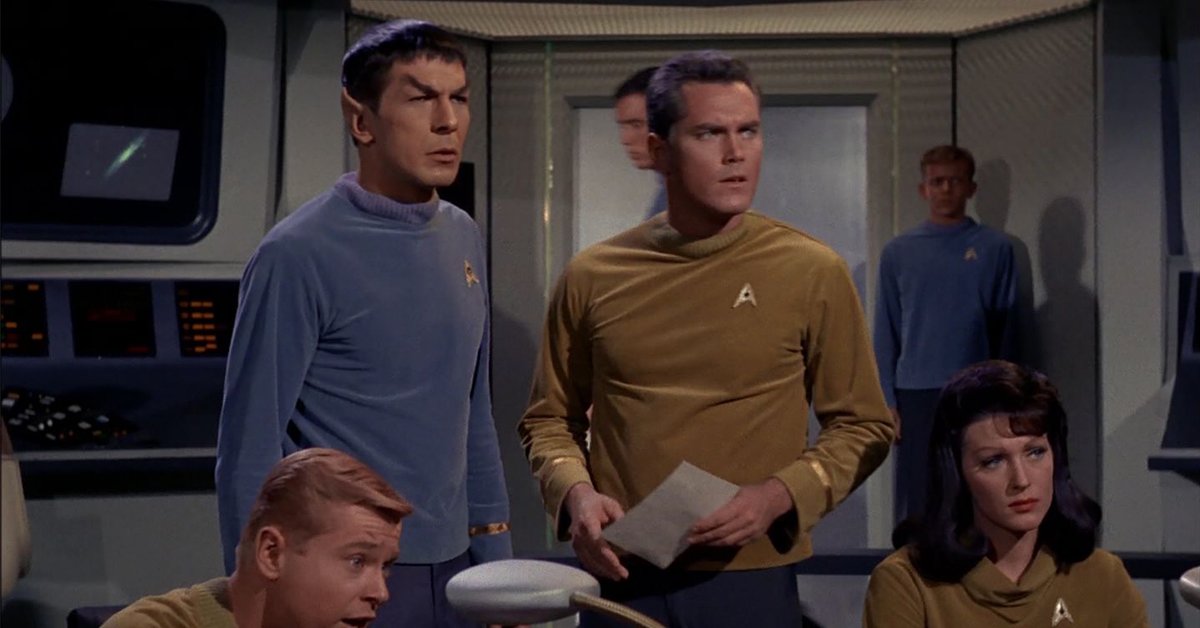 Captain Pike is no new name to longtime Star Trek fans. Canonically, he's the Captain that Spock served under before Kirk came on the scene. In the unaired Star Trek pilot "The Cage," the Enterprise crew looked very different. Spock was there, but not a first officer. Instead, Captain Pike's first officer was a woman named Number One, played by Gene Roddenberry's wife, Majel Barrett.

The network wasn't sold on the revolutionary new series, but with Desilu Studios encouraging the show, they asked for a second chance. A new pilot was produced with Shatner as Kirk and Spock as the first officer; and "Where No Man Has Gone Before" introduced us to the crew we've loved ever since.

Footage from "The Cage" was reused in the Hugo award-winning two-part episode "The Menagerie". In it, Spock defies orders from both Starfleet and Captain Kirk out of loyalty to Captain Pike, now paralyzed and scarred. The episode is a brilliant show of Spock's deep devotion to those he considers friends, even in the face of a court-martial. 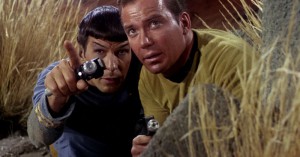 What do you consider the first Star Trek episode?

In the modern pre-TOS series Star Trek: Discovery fans were surprised by familiar names, now with new faces: Ethan Peck as Spock, Anson Mount as Captain Pike, and Rebecca Romijn as Number One. They were received so well that on May 15 it was announced that we were going to get a whole spinoff series titled Star Trek: Strange New Worlds following the adventures of Pike and his crew in the ten years before we met Kirk and Spock on the Enterprise.

"I have never received more love from a fanbase than I have from the Star Trek family," Mount said in an announcement on twitter. "And we're gonna get to work on a classic Star Trek show that deals with optimism and the future."

"The ethos of Star Trek is so curious, and welcome, and unifying," Peck added.

See the announcement for yourself: 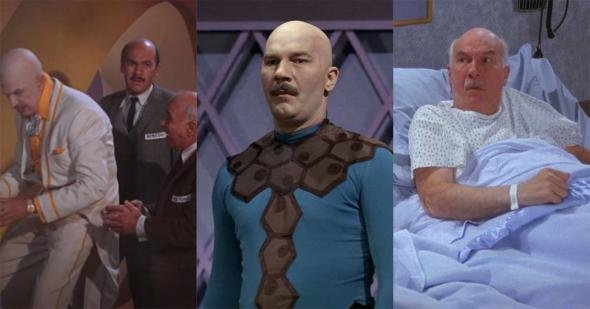 DEBruns 33 months ago
With a really, really good acting, vocal and diction coach, please don't freak out, Parker Schnabel could pass as a young Spock.
Like (1) Reply Delete

TheDavBow3 33 months ago
I really like the original pilot, "The Cage". I thought it was a great story. I'm a big fan of Jeffrey Hunter. I always thought he would have made an excellent Captain of the Enterprise. I know we all used to Shatner being on the show but I feel Hunter would've done equally as good. He had the look and the skill. Such a tragic end to a wonderful actor.
Like (2) Reply Delete

LittleMissNoName TheDavBow3 33 months ago
He had first refusal. His wife thought the show would be beneath and actor of his caliber.
Like (2) Reply Delete

ELEANOR TheDavBow3 33 months ago
They quickly saw the handwriting on the wall that Jeffrey Hunter's wife would have become an Albatross around their necks and replaced him with William Shatner whose wife wisely stayed out of his career decisions.
Like (2) Reply Delete

OldTVfanatic 33 months ago
Enough with the Trek reboots already!
Like Reply Delete

mode OldTVfanatic 33 months ago
Interesting comment since you don’t have to watch anything that’s ever created in the history of the world... head scratcher
Like (1) Reply Delete