There's a little Opie in Andy Griffith's past. 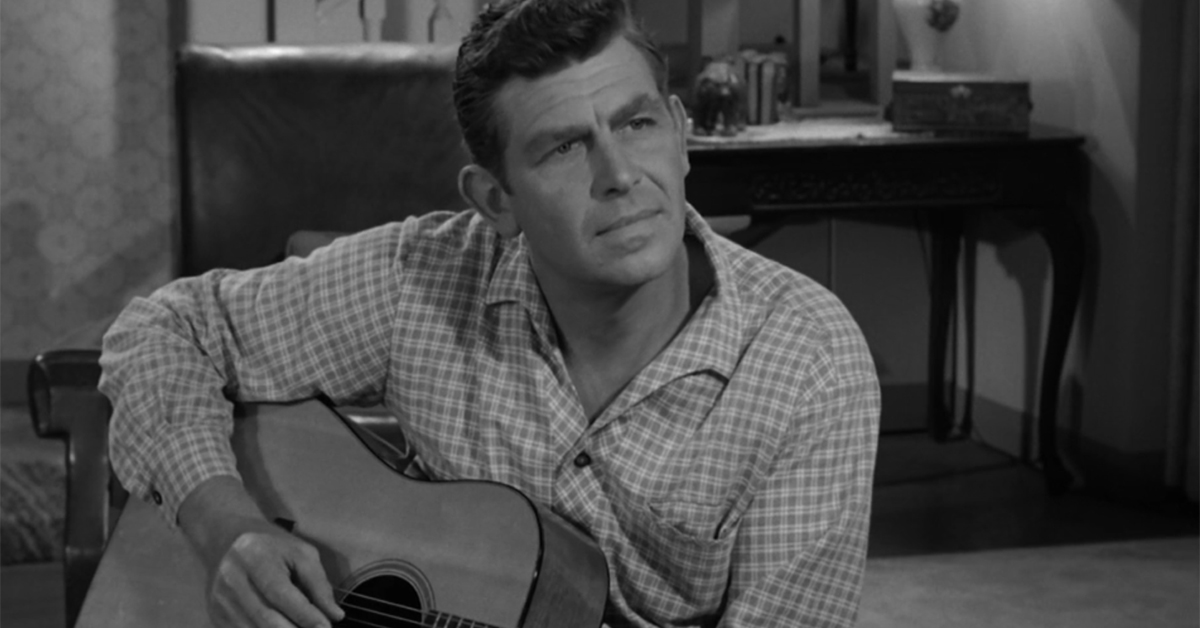 When Andy Griffith was a young boy growing up in Mt. Airy, he tried to join sports, but, ultimately, the actor said, "I don’t have any athletic ability.” To prove it, he told the Archive of American Television a story about once going out for the basketball team because his high school girlfriend was the captain of the girls team, and he was six feet tall. He said, "I was six-feet, and I was center, and the first game I was in, somebody threw me the ball, and I don’t know where it went. Either that next morning or that same day, Coach Sheldon said, ‘Andy, you’re on the fifth team,’ and I never went back." 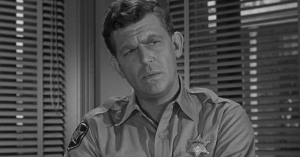 Picture Andy Griffith as a young boy in Mt. Airy, North Carolina, where he was born and raised. At his grade school, they held an assembly every Friday, and typically there'd be an organized show in store for the kids who attended. But one Friday, it was announced that the assembly had no format, and each class could do "what they wanted to do." What little Andy wanted to do was sing, so on the way to lunch, he struck up a deal with a pal he remembers being named Albert McKnight. "I’ll get up to sing if you will," Andy said. And Albert agreed. The plan was set. Or so Andy thought.

On the day of the assembly, Andy said they started with the 7th graders and worked their way down. When they called the 3rd grade for its turn, Andy said he shot right out of his seat. And Albert? According to Andy, "He didn't move."

"I don’t know why I didn’t sit back down," Andy said, "but I walked up there on that stage to centerstage. Never said a word. My hair was as white as it is now. And I sang ‘Put on Your Old Grey Bonnet’ twice, once slow and once fast, and with my hands behind me, swaying around.” For reference, enjoy this clip of Burl Ives singing the song below.

Once Andy finished his song, the audience erupted, but not in applause. It was cruel laughter that Andy said he was used to hearing as a kid, "People made fun of me all the time.” But their bullying combined with Albert's either harmless prank or momentary stage fright could do nothing to stop Andy Griffith from becoming first a singer, then an actor, and now a legend. In the interview, Griffith said with his characteristic good nature, "That audience, if I could get that big a laugh, for the rest of my life, I would be very happy, but at that time, I wasn’t too happy about it."

ShirleyOlds 31 months ago
I'm using it now and it's awesome! I've signed up for my account and have been bringing in fat paychecks. For real, my first week I made $302 and the second week I doubled it and then it kinda snowballed to $120 a day! juet folllow the course.. they will help you out... visit This Site........... www.Tag30.com
Like Reply Delete

Dario 31 months ago
Well, if one enters show business, one has to start somewhere! 🙂
Like Reply Delete