Where To Watch Shop Store Contact
Home / Stories / The Andy Griffith Show creator wanted to take Andy’s name off the series title
did you know?Andy Griffith

And in hindsight, Andy agreed! 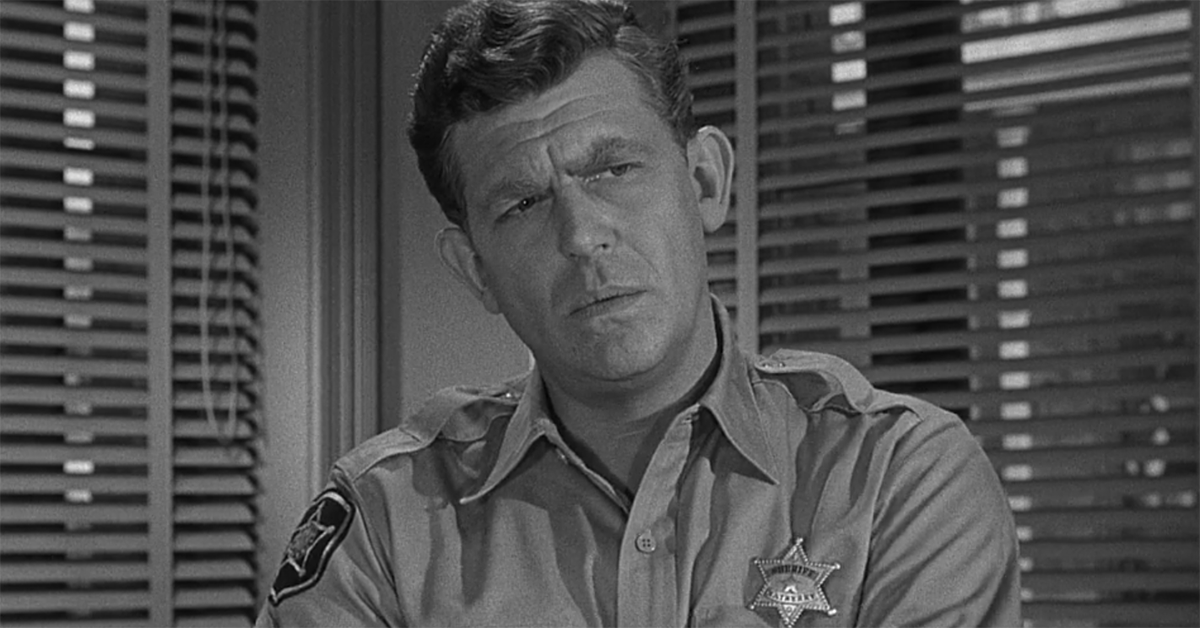 The story of the start of The Andy Griffith Show goes like this.

When the pilot was made, the character of Barney Fife had not yet been created. Andy Taylor was originally painted as a man who wore many hats in Mayberry, serving not just as sheriff, but other jobs too, like justice of peace, and it struck Andy Griffith that maybe this idea was a little too silly, even for a sitcom.

Good thing for fans today, Andy had this realization just about when they cast Don Knotts for the second episode "The Manhunt." That's when Andy Griffith said in an interview with the Archive of American Television, "By that episode, I knew that Don should be the comic and I should play straight for him, and that made all the difference."

How did it make a difference? Well, from that point on, The Andy Griffith Show considered itself in constant need of comic talents, rotating in as many funny characters as could fit in Mayberry, all of whom were all the funnier for how they played off the more serious Andy Taylor. In the interview, Griffith said once they had Don Knotts, "Then Mayberry became a living town. We had all the comic characters that came on, and I played straight for them. So Mayberry really was the star of the show." 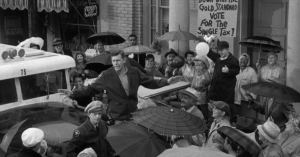 did you know?
Andy Griffith confirmed that at first, Mayberry had a totally different name

"Sheldon actually said one time, 'I think we misnamed this show. It should’ve been called Mayberry to start with.'"

Of course, the way that TV history played out, the show remained named for Andy Griffith, despite the fact that Griffith said in the interview that he agreed with Leonard. It may seem funny in hindsight that one of the funniest shows to ever air is named for the straightest character on it, but in the interview, Griffith just smiled at this contradiction in that good-natured way of his and said, "I loved being a straight man."

rayann2320 29 months ago
Once Barney Fife left the show was never the same I only watch the black and white episodes too , Ernest T. Bass hilarious LOVE Andy Griffith show a pure classic forever !
Like Reply Delete

GordARebelato 30 months ago
The name really never made sense by naming the show after the actors real name.

Rws1943 30 months ago
Great show, but when it turned color somehow I lost interest. Never miss a rerun.
Like (5) Reply Delete

Goldie 30 months ago
As one poster commented, the 1st and 2nd Seasons with Andy playing a rube were cringe worthy with that "country bumpkin" accent; thank goodness he dropped it.
Like (3) Reply Delete

TgibbsKY 42 months ago
It is worth noting that Don Knotts is in the FIRST episode -- the one about Aunt Bee's arrival to be the new housekeeper. He is not in the Danny Thomas Show backdoor pilot.
You frequently read Andy Griffith's claim that he "played straight" to Knotts after the second episode. But watch the entire first season, and Griffith continued to play the grinning "country bumpkin" with the exaggerated rural accent. He did tone it down later, but there's still a lot of it in season two.
Like (3) Reply Delete 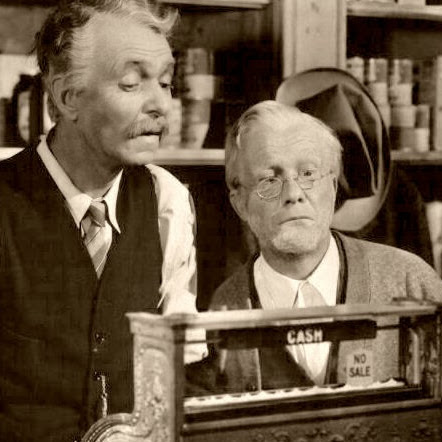 Reynard TgibbsKY 42 months ago
You're absolutely right about Andy not fully dispensing with the 'country hick' element until Season 3. A number of the first year's episodes are my least favorite because Andy talks and behaves so much like a rube. He did tone it down noticeably in Season 2, but by Season 3, he'd dropped that 'No Time For Sergeants' persona completely. I think it helped the show immeasurably.
Like (2) Reply Delete

wanderer2575 51 months ago
Andy wasn't completely the straight man; he tossed in a zinger now and then. One of my favorites was the episode (I forget the name) with the goat that ate a load of dynamite. They locked it in a cell, and of course a drunken Otis comes in and starts a ruckus. Andy: "You WOULD show up today, Otis! About one loaded goat at a time's all we can handle!"
Like (1) Reply Delete

AndrewHass wanderer2575 51 months ago
The show probably didn't want to make Andy into a straight man all the time because then viewers might have thought he was boring or dull.So they gave him a few funny moments too.
Like Reply Delete

rayann2320 wanderer2575 29 months ago
Omg the goat ate the dynamite episode was just on Hahahaha hilarious one of the funniest episodes ever ! Barney kept saying the goats gonna go blewy and Otis ,the goat was in his cell Hahahaha
Like Reply Delete

Mitchell 51 months ago
Well, they tried that after Andy left, with 'Mayberry RFD'. Didn't work out quite so well.
Like (2) Reply Delete

Barry22 51 months ago
When I was young (in the 60's) TAGS was already in syndication M-F in the morning, and it was entitled 'Andy of Mayberry'.
Like (2) Reply Delete

Wiseguy Barry22 51 months ago
Although some syndicated versions may have been broadcast as "Andy of Mayberry" it was the CBS daytime versions broadcast from Oct 1964 to Sep 1970 that were shown with that title. When The Andy Griffith Show left prime time in 1968, the daytime reruns reverted to its original title. The program would not have been syndicated until CBS was finished with the program in 1970.
Like (1) Reply Delete