Where To Watch Shop Store Contact
Home / Stories / Manicures are the link between The Wizard of Oz and The Andy Griffith Show
Did you know?MoviesMayberry

You probably never noticed Ethelreda Leopold in the background. 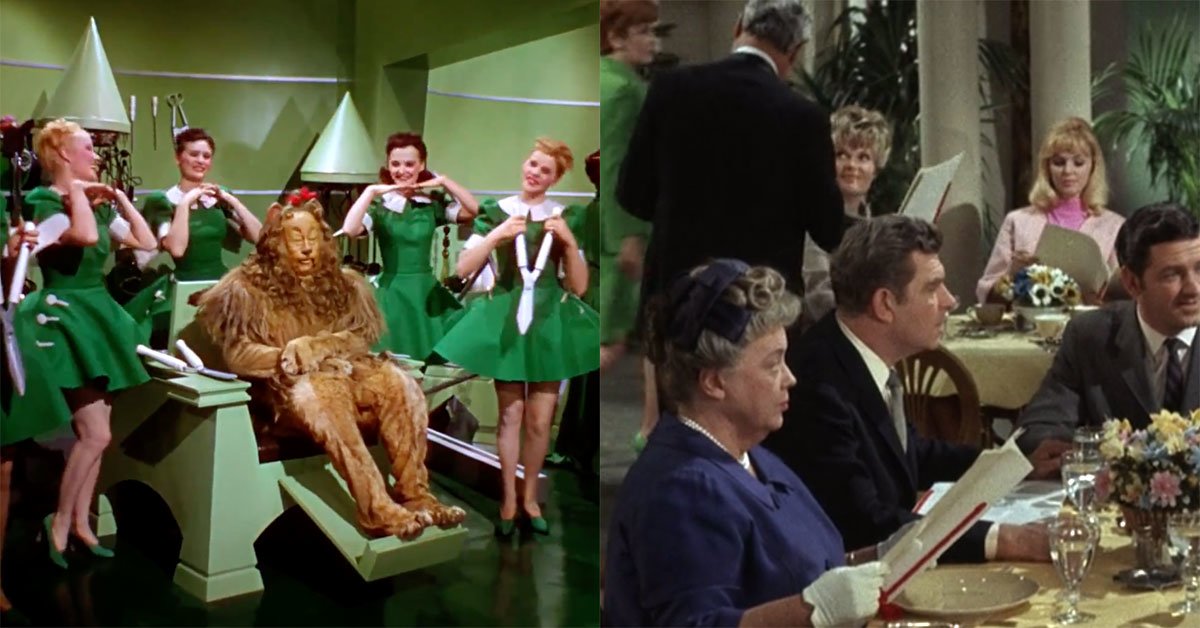 The Wizard and Oz and The Andy Griffith Show are true American classics. Though they were created a few decades apart, surely there must be some connection between the two?

Well, let's start with Buddy Ebsen. The actor best known as Jed Clampett and Barnaby Jones should have been known as the Tin Man… or the Scarecrow! He was cast in both roles at some point in the early production of The Wizard of Oz. Initially, he was set to be the brainless straw man… until he switched parts with Ray Bolger. Then, he was briefly the Tin Man… until he had a terrible reaction to the aluminum paint used to make the metal character shine.

Alas, Ebsen was did not appear in The Wizard of Oz. But he was in Mayberry. He was the hobo in "Opie's Hobo Friend," an early episode in season two of The Andy Griffith Show.

There is an onscreen link between Oz and Andy. If you blink, you'll miss it.

Ethelreda Leopold had a long career in the background of Hollywood. The Chicago native was discovered as a teenager. The blonde appeared in The Three Stooges shorts such as Half Shot Shooters, Goofs and Saddles and Wee Wee Monsieur, turning up as "Saloon Girl" or "Harem Girl."

Leopold also took dictation from Charlie Chaplin. She played the secretary in a memorable scene of The Great Dictator.

But let's take it back to Mayberry. Well, Raleigh, technically.

In the color episode "Goober Goes to the Auto Show," the humble Goober Pyle tries to impress an old classmate by puffing up his business successes.

nostalgia
The cast of The Wizard of Oz wandered all over classic TV, too!

Goober, Andy, Aunt Bee and Opie meet up with this fellow named Roy (Noam Pitlik) for dinner in a fancy restaurant. In the background, one of the other patrons in the restaurant is Ethelreda Leopold. (We believe she is the one taking the menu in the image up top.)

Here's where it gets uncanny.

Before Goober heads to dinner, he gets a manicure. That is certainly a rare occurrence on The Andy Griffith Show.

Jump back to The Wizard of Oz. What did Ethelreda Leopold play in that timeless film? An "Emerald City Manicurist"! You can spot her holding scissors and giving the Cowardly Lion a snip in the image above.

Leopold would continue to turn up in the background of television shows for years. She was a "Party Guest" on Columbo, The Waltons, Murder, She Wrote and Dynasty. Her final screen appearance was in another restaurant scene on Married… With Children. Leopold passed away in 1998. But look for her in the crowd of your favorite classic shows. Especially at the parties. 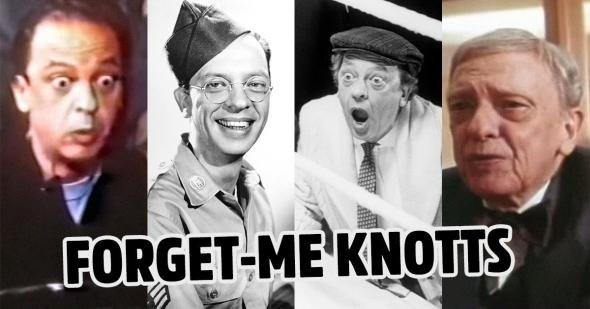 moviesDid you know?
5 forgotten Don Knotts movies before and after his Mayberry days

did you know1980smovies
Ron Howard had to prove his directing chops to actress Bette Davis
Are you sure you want to delete this comment?
Close

Hello,
Settings / Logout
Newest | Oldest | Top Comments
texasluva 35 months ago
I mean who puts aluminum dust and paint on peeps? You saw what happened when ole Goldfinger put golden paint on Jill. She bit the bullet in a paint beat. Ebsen got a 2 week hospital visit and Bolger jumped into the role.
Like (1) Reply Delete