Where To Watch Shop Store Contact
Home / Stories / Barney Fife secretly met his replacement in a 1980s seatbelt safety ad
Did you know?1980s 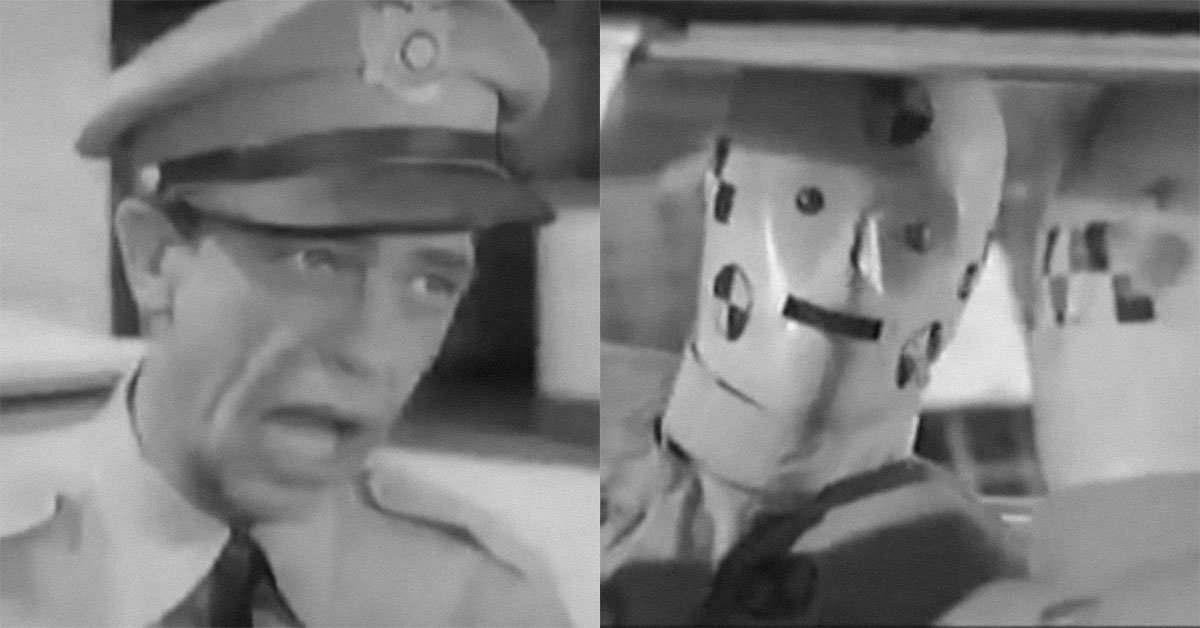 "You could learn a lot from a dummy." For 35 years, it has been the tagline of the National Highway Traffic Safety Administration. Two crash test dummies, named Vince and Larry, made their debut in a 1985 public service announcement. The NHTSA PSAs became a familiar sight on television through the subsequent years. Vince and Larry grew in fame as they continued to show the importance of buckling up when on the road.

Vince and Larry became so popular as "The Incredible Crash Dummies," they got their own Nintendo game and action figures. In other words, they had the celebrity status of the California Raisins, the Noid, Cool Spot and Spuds MacKenzie — only these mascots came from a government-funded series of PSAs!

Part of the dummies' appeal was their personalities, and you can credit the voice actors for that. Many will immediately recognize the voice of Larry, Lorenzo Music, the same man who voiced Garfield in cartoons. TV fans will also know him as the unseen Carlton the Doorman on Rhoda. 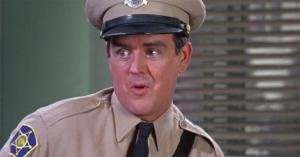 The actor behind Vince was Jack Burns, a comedian who began his career as George Carlin's partner before becoming a key writer for Hee Haw and The Muppets.

Burns also happened to play a major, if short-lived, role in Mayberry.

Don Knotts left The Andy Griffith Show in 1965, after season five, to pursue his big-screen career. The hit sitcom had big shoes to fill.

Enter Warren Ferguson, portrayed by Jack Burns. Burns only appeared on The Andy Griffith Show in the sixth season, as the show struggled to replicate the chemistry between sheriff and deputy.

In a black-and-white NHTSA spot, Vince and Larry are driving through downtown Mayberry when they are pulled over — by Barney Fife!

Through the magic of editing, Barney writes the crash test dummies a ticket for a seatbelt violation. He also calls Vince and Larry "wisenheimers."

Take a look in the video below, beginning at the 20-second mark. 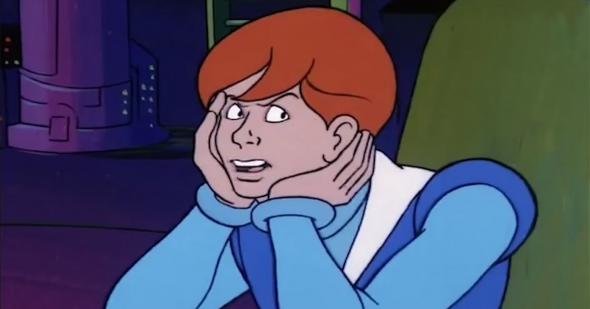 Did you know?Cartoons1980s
An eerily familiar red-headed kid named Opie turned up in the He-Man cartoon 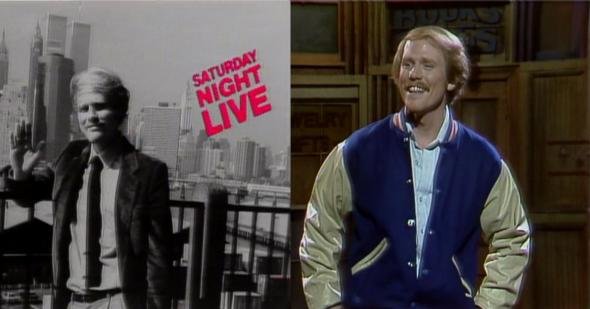 nostalgia1980sDid you know?
Ron Howard and Andy Griffith brought a dark and gritty Mayberry reboot to Saturday Night Live
Are you sure you want to delete this comment?
Close 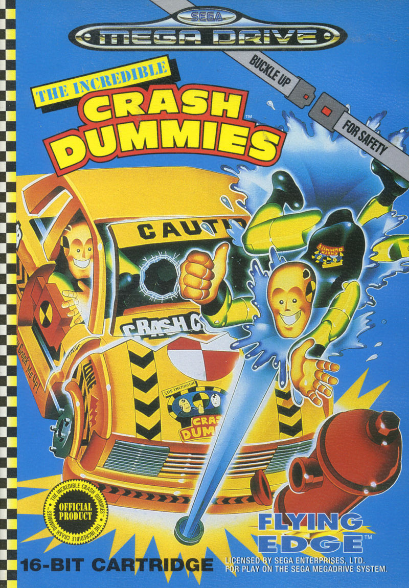