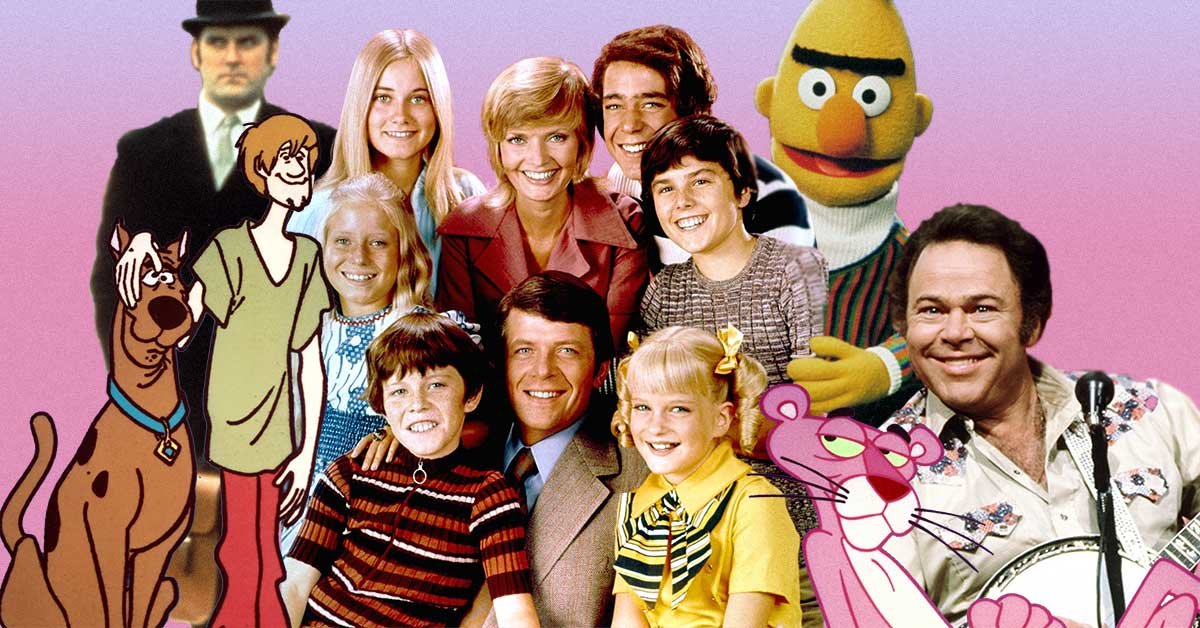 The Sixties radically altered the landscape of American pop culture, and the decade sure went out with a bang.

As the Beatles were growing bushy beards on the way to breaking up, and as Butch Cassidy ran with the Sundance Kid across movie screens, some big names were making debuts on television. The Bradys, Scooby Doo, Big Bird, Monty Python — it was a groundbreaking year in everything from cartoons to sketch comedy.

As these adored characters get ready to blow out 50 candles, let's celebrate some major TV birthdays.

The story of a lovely lady, a man named Brady, and their six symmetrical kids were hardly the most likely success story. Created by Sherwood Schwartz, who was coming off his underdog hit Gilligan's Island, The Brady Bunch hardly made a dent in the ratings at the time. Heck, it never even cracked the Top 30. And yet, it just kept on going. And going. The Brady Kids recorded pop albums and voiced Saturday morning cartoons. The family got back together for a variety show, and subsequent TV reunions. The popularity snowballed to the point where the Brady Bunch became as well known as Frosty the Snowman. 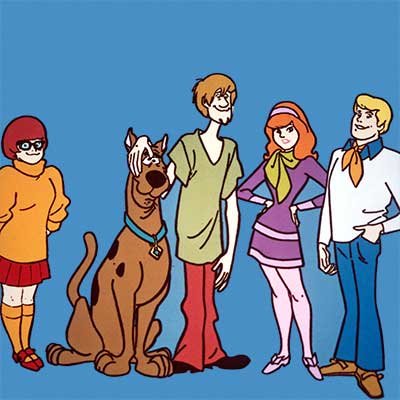 Jinkies! When looking for the next big thing in 1969, Hanna-Barbera turned to a hit teen sitcom from 1959. The animation company copied the four central characters of The Many Loves of Dobie Gillis, added a Great Dane, and The Mysteries Five was born. The studio changed the name to Scooby-Doo, Where Are You! and those meddling kids have been solving "supernatural" mysteries ever since. Dozens of 1970s Saturday morning cartoons — including several more by Hanna-Barbera — used the same formula. But there is only one Scooby.

Sesame Street premiered on public television stations on November 10, 1969. Big Bird, Bert and Ernie were revolutionary at the time. This was a pioneering program, using the latest research in childhood development to create educational segments. The show was built with the child in mind, designed to capture a kid's attention with a logic that children best understand. No wonder it is ingrained in so many of our brains. Of course, the falsetto voice of Elmo, introduced in 1972, is hard to forget. 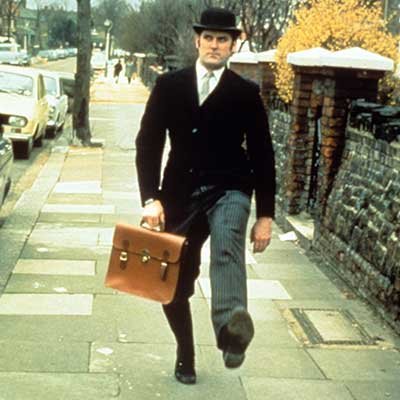 Even today, Monty Python remains so thoroughly modern, which is a shocking achievement for comedy. The British troupe utilized film technique and fast editing to quicken the pace of its brilliant absurdity. It is no exaggeration to say that every comedy show since owes something to Flying Circus, the Beatles of TV comedy, if you will. College kids across America had posters of John Cleese stomping down the street for "The Ministry of Silly Walks." Or, they were reciting the "Dead Parrot" skit. Originally broadcast by the BBC, Flying Circus got a major boost in 1974 when it finally hit public television in America. Monty Python and the Holy Grail came the following year. These days, it's a Broadway sensation. 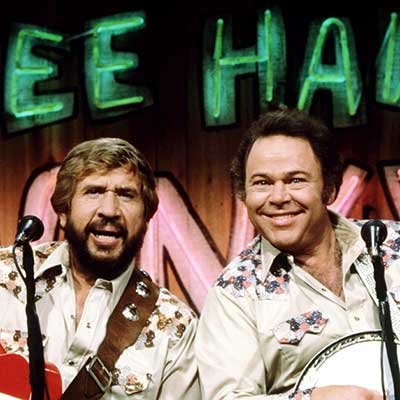 There were plenty of variety shows in the 1970s and 1980s, but none brought people together quite like Hee Haw. The jokes were corny, the music was country, and it didn't exactly break new ground in terms of subject matter. But that's what people loved about the show, hosted by Nashville stars Buck Owens and Roy Clark. When TV was turning more controversial, Hee Haw remained wholesome, attracting millions of viewers every week and lasting an impressive 25 seasons. Clark, pictured right, passed away in late 2018. 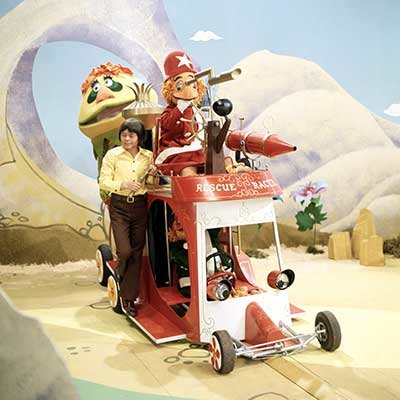 The psychedelic wave passed through rock & roll a couple years earlier, but it fully arrived on Saturday morning television in 1969. This was mostly thanks to the bonkers creativity of Sid and Marty Krofft. The brothers utilized massive puppets and surreal sets to tell stories about talking flutes and wicked witches. 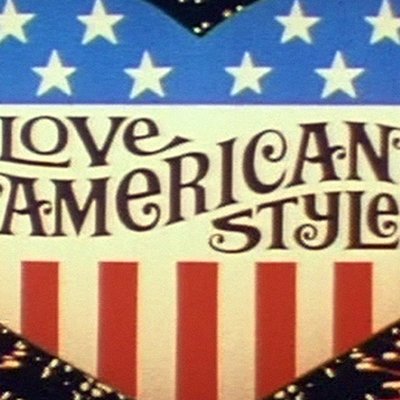 Love, American Style did for romantic comedy what The Twilight Zone did for twist endings. The anthology series is best remembered for its soon-to-be-famous guest stars (Harrison Ford!) and spin-offs. This show gave birth to Happy Days, which began as the episode "Love and the Television Set." Few TV shows were at the forefront of the Sexual Revolution like Love, American Style. The show bridged the gap between Laugh-In and The Love Boat, shaking up a frothy cocktail of wink-wink humor, double entendres and happy endings. 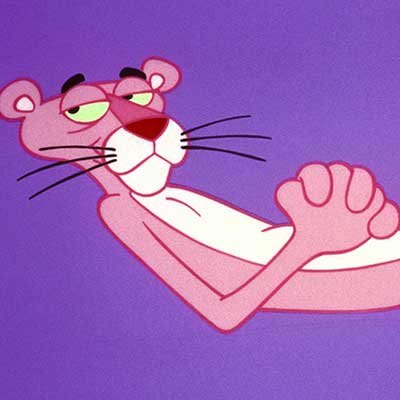 In the 1963 slapstick detective comedy The Pink Panther, the pink panther was a gemstone, not a large feline. Nor was it particularly for children. Nevertheless, the movie featured an animated intro with a cotton-candy-colored cat. The character became so popular that the studio commissioned short cartoons, the first of which premiered in 1964. These theatrical shorts (62 were made in total over from 1964–69) were finally bundled together in 1969 as a Saturday morning cartoon, The Pink Panther Show, which solidified the character as a cute, crafty cartoon icon for the kiddie set. 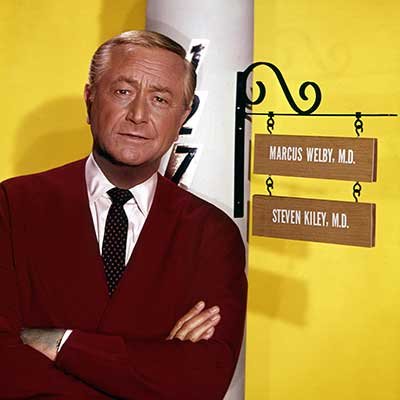 When Marcus Welby hit No. 1 in the ratings in its second season, it was the first time ABC had reached the Nielsen summit — ever. Contemporary topics and a pinch of controversy helped propel this medical drama to the top. Robert Young, formerly the father of Father Knows Best, played the titular physician, who tackled every medical issue from depression and cancer to STDs and impotence. 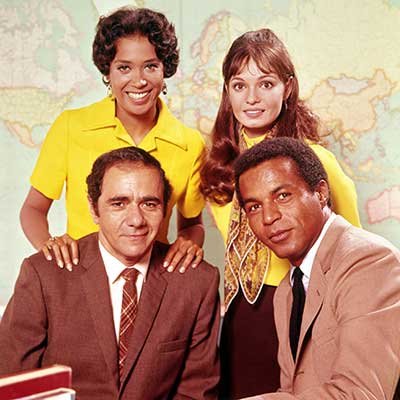 Sandwiched on the primetime schedule between two thick slices of beloved sitcoms, Room 222 goes overlooked these days. At the time, the drama-comedy aired on Friday evenings at 9PM, after The Brady Bunch and The Partridge Family, before The Odd Couple and Love, American Style. Room 222, which won the Emmy for Outstanding New Series in 1970, followed the lives of the students and teachers at the racially diverse Walt Whitman High School. The series boldly tackled issues of the day, especially those on the minds of young Boomers, from the Vietnam War to civil rights. No other show on this list — and, well, no other show in history — can claim to have had Aretha Franklin act in a guest role. She sang, too, of course. 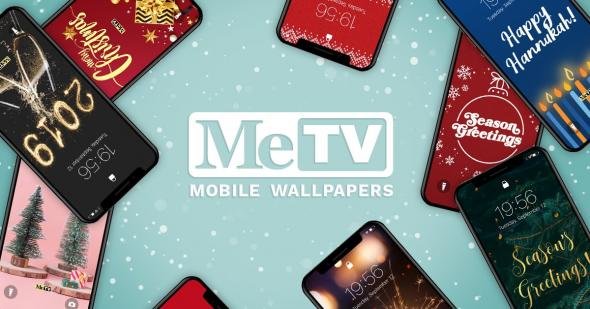 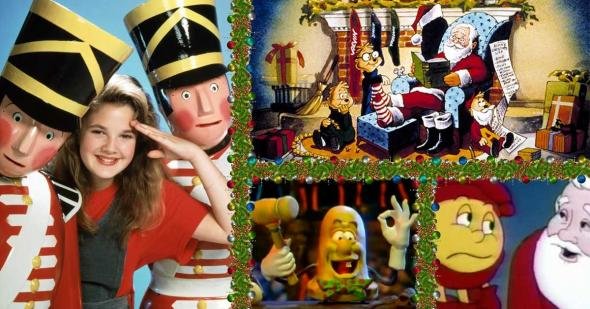 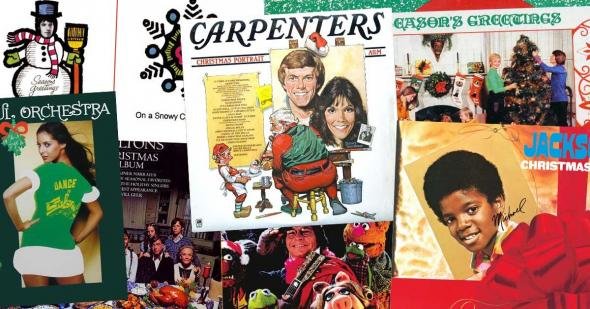 musicChristmasnostalgia1970s
These were the best-selling Christmas albums of the 1970s
Are you sure you want to delete this comment?
Close

dcthornton 39 months ago
They left out the drama series "Medical Center", which also premiered on CBS in '69.
Like Reply Delete

Amalthea 44 months ago
I remember each and every single one of these. I remember my mother telling me about a new show especially for kids, and letting me watch the first episode of "Sesame Street" in my parents' bedroom (the living room TV was occupied by older siblings). I loved "Room 222" because there was an actress named Karen (my name!), and I don't think my father missed a single episode of "Hee Haw".
Like (1) Reply Delete

dcthornton AgingDisgracefully 39 months ago
The pilot aired as an ABC Movie of the Week on March 26, 1969 titled "A Matter of Humanities".
Like Reply Delete

jakedduck 44 months ago
Oh, The Brady Brats. Those shows need to be dumped in Challanger Deep.
Like Reply Delete

AllisonWunderland 44 months ago
Haven't heard about Room 222 in decades...used to watch this show all the time back in the day!!
Like (2) Reply Delete

ETristanBooth AllisonWunderland 44 months ago
None of the channels I receive re-runs 222, which is unfortunate. I do have the DVDs that were released, at least, but it's not the whole series.
Like (1) Reply Delete

Lacey AllisonWunderland 41 months ago
I agree, this was a different type of sitcom and deserves to be seen today.
Like (1) Reply Delete

RedSamRackham 44 months ago
It is Friday night and you have an hour to kill before going out to have a good time so you sit through an hour of brain candy Love America Style. ☺
Like Reply Delete

Lacey RedSamRackham 41 months ago
Wow, you were about to go out after 10 o'clock at night? You were quite the party dude.
Like Reply Delete

MrsPhilHarris 44 months ago
It's almost depressing to realize Scooby-Doo is turning 50.
Like (2) Reply Delete

Lacey MrsPhilHarris 41 months ago
Ya, I was uncomfortable with that one also.
Like Reply Delete

Lantern 44 months ago
If they ever re-boot The Brady Bunch, I think it would be interesting to have Carol be the mother of the boys, and Mike the father of the girls.
Like (1) Reply Delete