Would you wear disposable clothes like they did in '60s?

Paper dresses were a small blip in sixties fashion. 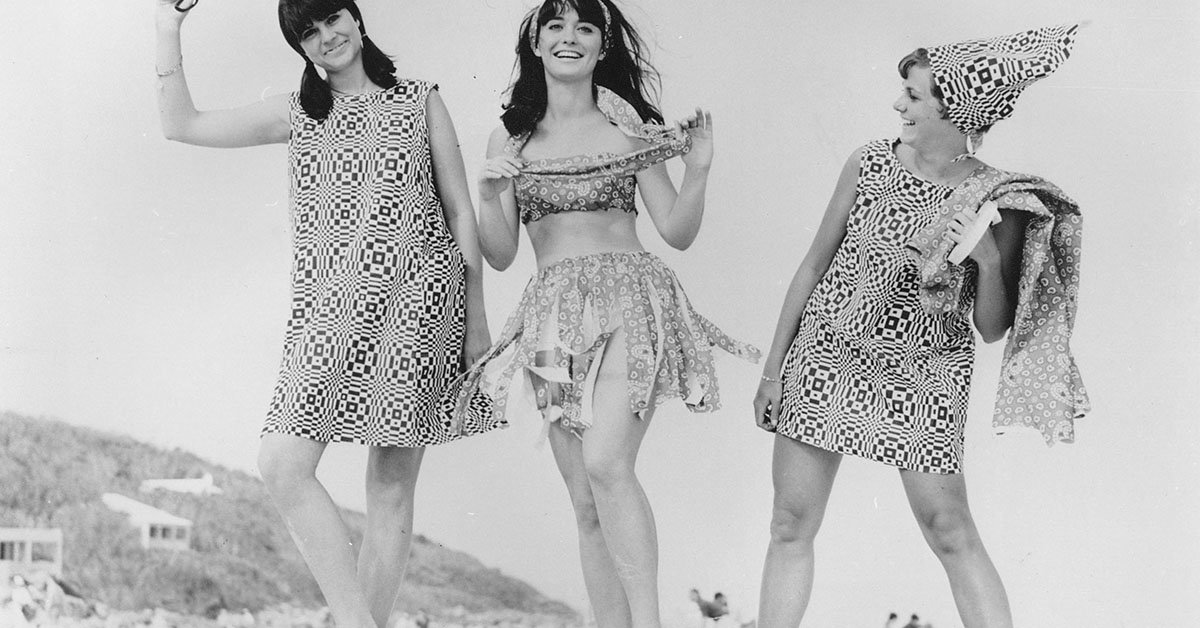 We’ve all been in there: staring at a full closet with nothing to wear. Maybe you’ve grown tired of your current wardrobe or maybe your clothes don’t fit you like they used to. Either way, has the idea of clothes that you wear once, so you have a constant rotation of fresh, new looks ever crossed your mind?

It was a hot new idea back in the 1950s and gained a bit of cult notoriety in the 1960s. Post-war, the U.S. was riding high after having to ration so much during World War II. So why waste time washing and repairing clothes when they finally had the means to actually throw things away? There’s no shame in discarding clothes that just don’t fit your vibe anymore if they were literally made to be discarded.  After all, this was when disposable cups and cutlery were hitting shelves because it was just so much easier to throw things away than to wash them, and such a novel idea! 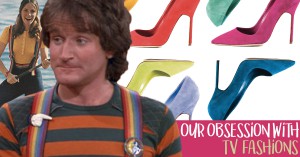 9 huge fashion trends that were popularized by TV shows

When you think back to the clothes you wore as a child or the vintage pieces you find on the rack at an upscale thrift shop, you likely notice how much nicer they are than the clothes you find at department stores today. Jackets were made with real fur or wool without a second thought, dresses had union tags boasting that they were made in the USA, and they even kept excess fabric in the seams in case the garment had to be taken out.

That was not the case with paper dresses. Most of these pieces were trendy miniskirts and dresses in funky patterns, able to be trimmed to your preferred length and customized with just a pair of scissors — no sewing necessary! When you got bored with it, just toss it in the fire. Yep, they weren’t marketed as recyclable or anything, just their own kind of kindling.

According to a report from Paleofuture, the disposable clothes could be worn about six times (how many wears does it usually take for you to get bored with a skirt?) and were sold for anywhere from $1 to $20. Though they tended to be marketed as “paper” dresses, a lot of these garments were really made of synthetic fabrics like rayon, cellulose, nylon and Reemay. That’s not to say paper was never an option, though. Scott Paper Company — yep, the toilet tissue company — got in on the game, with their disposable garments made of fireproof “Dura-Weave” paper. 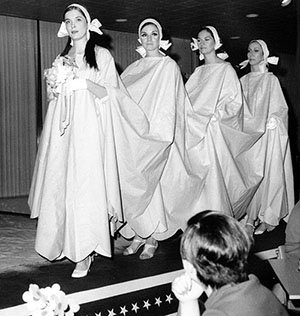 When the paper dresses were most popular, in the late sixties, dozens of companies were jumping on the bandwagon. Mars Hosiery allegedly produced over 100,000 dresses per week. The “Souper Dress,” based on Andy Warhol’s Campbell’s Soup cans even ended up on display at the Metropolitan Museum of Art. The trend didn’t stop at dresses and skirts, either. Vests and ties for men were popular and even wedding and bridesmaid dresses were made to throw away! (OK — maybe a disposable bridesmaid dress isn’t the worst idea in the world.)

While these paper garments were quirky fun for a while, they didn’t take off as people had expected. Whether people were concerned with the durability of a paper dress or had reservations about how truly wasteful they really were, clothes made out of actual fabric won out in the long run.

Honestly, though, this isn’t too far off from the fast fashion lifestyle we’d be living six decades later. We’re betting you have some stuff made with rayon in your closet right now.

Charleydawg 33 months ago
Still have some of my mother's and older sister's clothes from the 1960s. The clothes wore well and unlike so of the clothes today, actually made it thru the wash without tearing. The clothes had to be made well as my grandmother had a wringer washer and clothes dried on the line.
Like Reply Delete

bpacha77511 34 months ago
Id rock it once....just to see how a "very soft... tailored paper towel" feels
Like Reply Delete

teire 34 months ago
I actually had a paper dress in the late 60s, my dad worked for International Paper at the time and brought it home for me. I don't remember if it was an actual IP product or just some marketing gambit or even something by a competitor that IP was checking out. It was a sleeveless shift style, white with navy blue stripes and I guess qualified as a mini, came to a couple of inches above the knee. It was weird and kind of a goof to wear, but it was not uncomfortable, and it had a sort of a mod style to it. I wore it several times over the summer. (yes, in public!) It did not look like paper, but it felt like you were wearing a very soft, very thick, very tailored paper towel.
Like (2) Reply Delete

teire MrsPhilHarris 34 months ago
It did not tear or pull and I think was so thickly woven it would have been hard to tear accidentally. I wore it three or four times, then it went in the back of my closet. I didn't toss it until I was moving out of the family home and into my first apartment when I was in my early 20s.
Like Reply Delete