Do you agree with the cast? Which is your favorite? 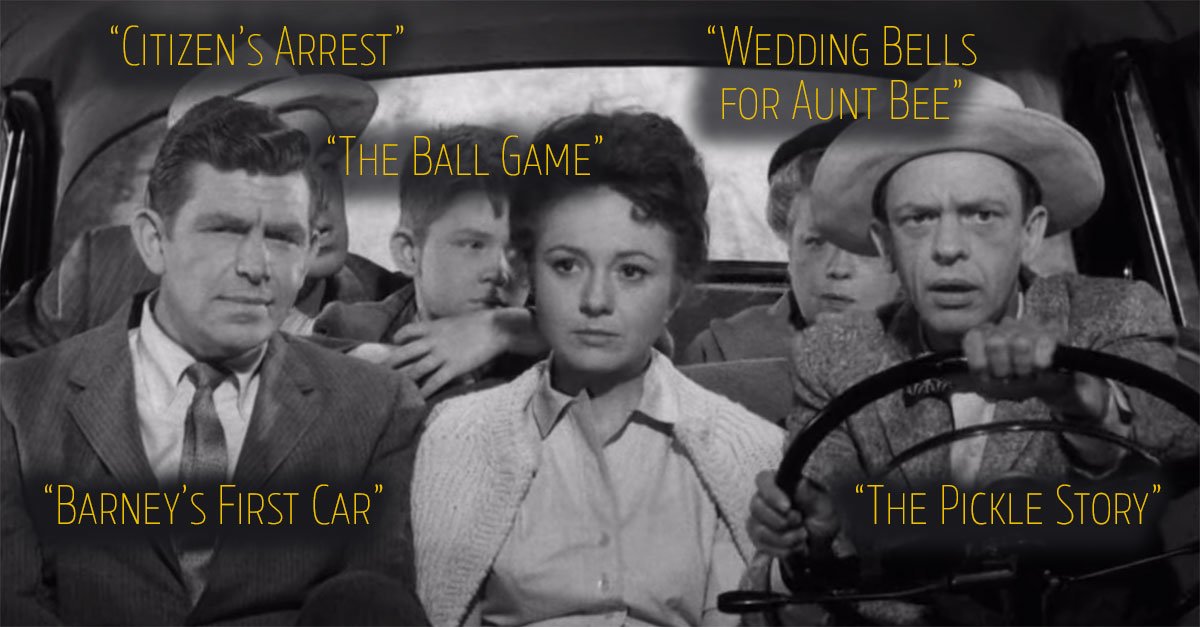 On October 3, 1985, Mayberry celebrated a milestone. The Andy Griffith Show Silver Anniversary Special aired on TBS, looking back at the beloved sitcom on its 25th birthday.

Don Knotts hosted the special. "What made The Andy Griffith Show such a hit was the characters," the Barney Fife actor declared in his introduction. "These are real people who cared about each other."

Knotts then presented the series "best episodes," as chosen by the members of the cast. It gave fans a fascinating glimpse into the actors' favorites, were not necessarily showcases for their particular characters.

With The Andy Griffith Show celebrating its 60th anniversary, let's look back at the favorite episodes of the stars themselves. Which is your favorite? 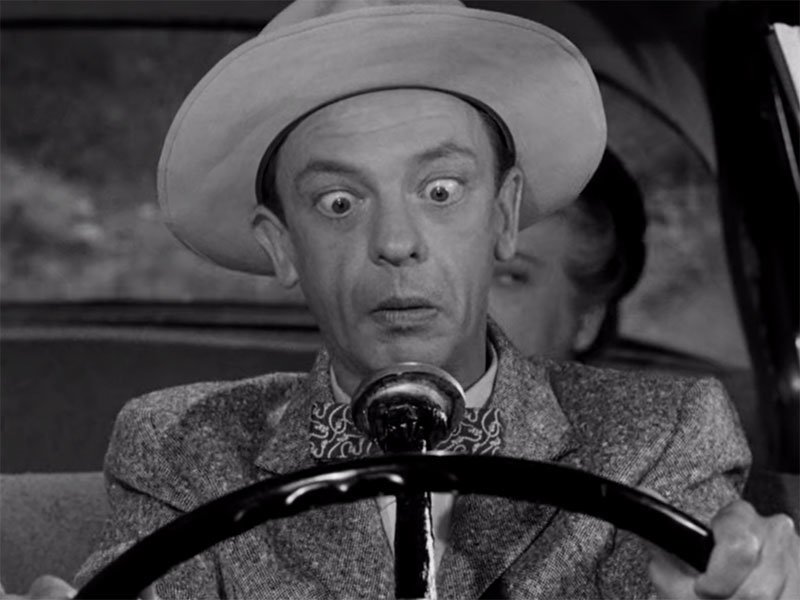 We begin with the man himself, the eponymous star of the show. To underline his longtime friendship with Don Knotts, Griffith picked an episode the truly showcased the comedic skills of his sidekick. The deputy has $300 burning a hole in his pockets, which he spends on a 1954 Ford sedan. The used car is a lemon, purchased from the widow "Hubcaps" Lesh (Ellen Corby from The Waltons). Griffith was not alone in cherishing this tale — the Writer's Guild of America granted the writers, Jim Fritzell and Everett Greenbaum, an award for best writing in a comedy or variety series. 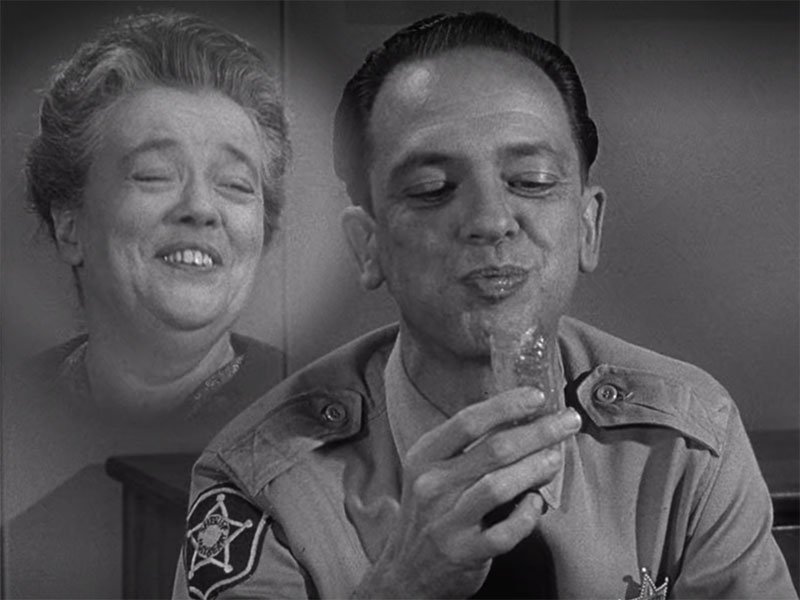 "['The Pickle Story'] shows just how much Andy and Barney are willing to go through to protect Aunt Bee's feelings," Knotts explained. In this case, that means ingesting her disgusting pickles. Fans agree with Knotts. The Andy Griffith Show Rerun Watchers Club voted this episode as its all-time favorite. 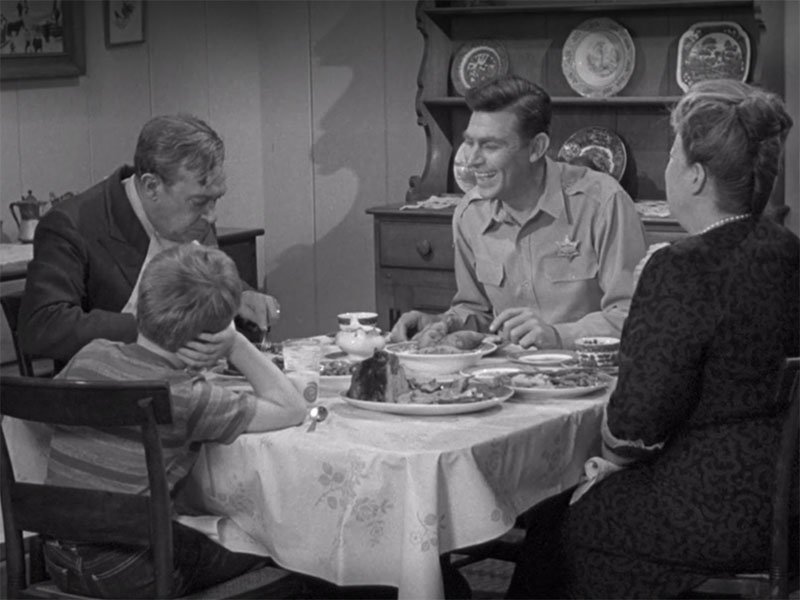 Here is another episode about food and the sacrifices of friendship. Aunt Bee believes that she is holding back Andy's love life, so she attempts to kindle a romance of her own in the hopes she can move out. She pretends to fall for the rather insufferable local dry cleaner, H. Fred Goss. But she can not keep up the charade. 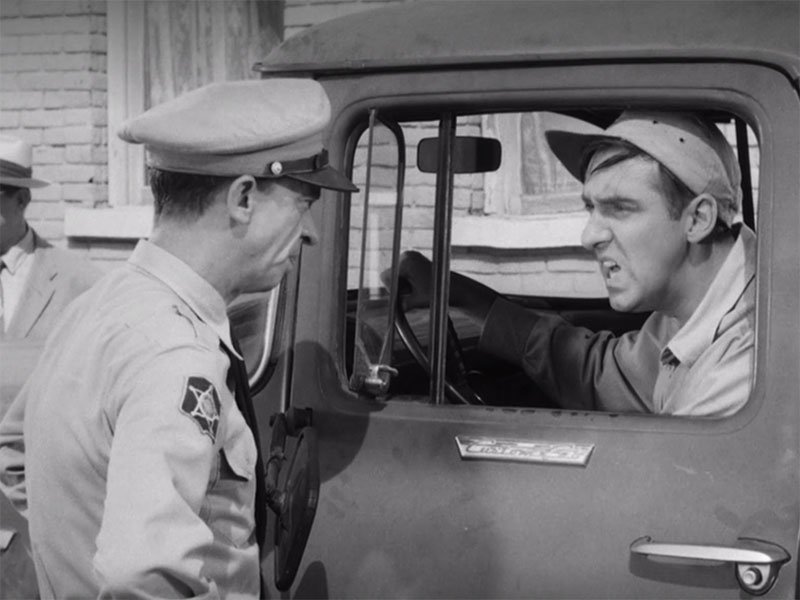 Nabor's Gomer character features prominently in this tale, but it too remains largely a showcase for Don Knott's comedic skills. Barney slaps Gomer with a $5 traffic ticket. Leaving the scene, Barney executes a U-turn, prompting Gomer to pull a citizen's arrest. A stickler for the law, Barney jails himself and quits his job. Gomer stages a phony robbery at the gas station to get Barney back in the game… 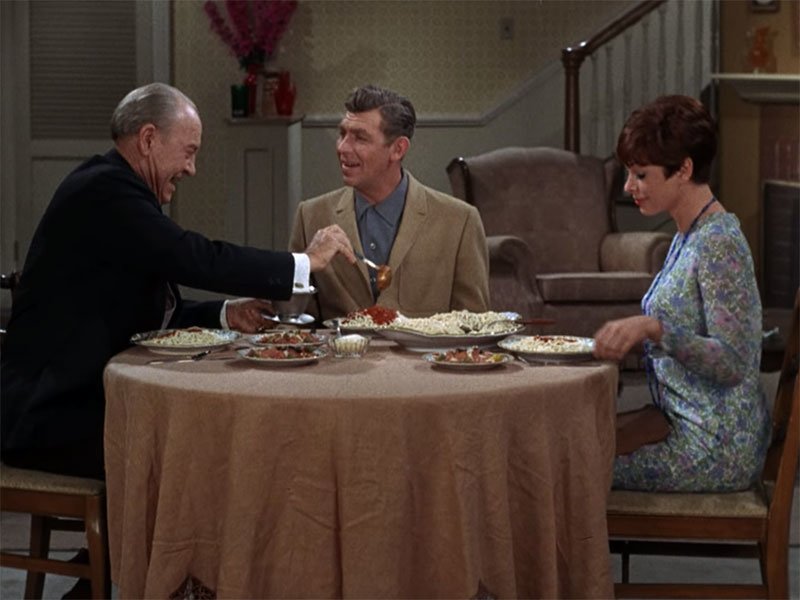 What about Goober? Remember, the other Pyle did not become a prominent cast member until the color years. So it makes sense that Lindsey would select a later episode. With Opie and Aunt Bee out of the house, Andy looks forward to some welcome alone time. Of course, this being a small town, the sheriff ends up committed to three separate suppers… all of them spaghetti. Oh, and each home chef claims oregano to be the secret ingredient. 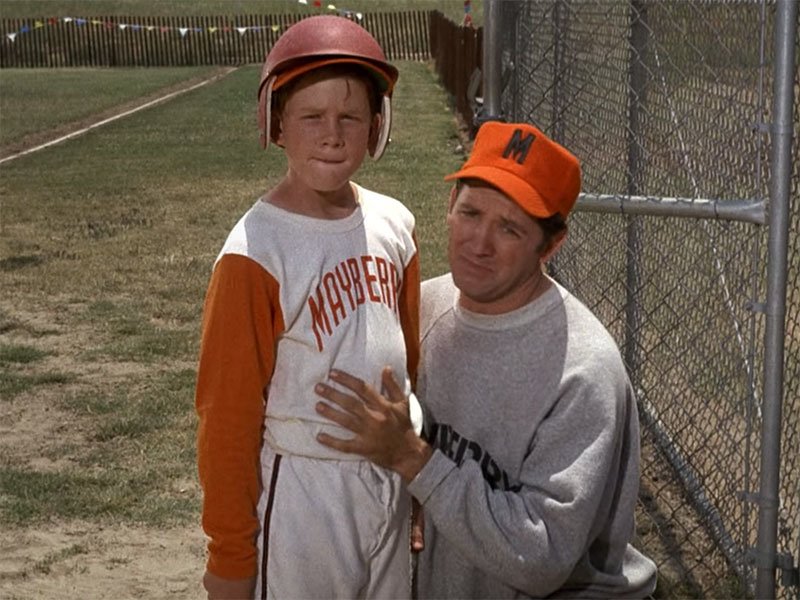 The reason Howard holds this moment from the show so close to his heart may surprise you. It's because it's based on a similar situation that happened to him and his dad. The episode centers on Andy Taylor serving as an umpire for Opie's championship baseball game. Andy has reservations about serving as an umpire and showing favoritism, so he decides to play fair. However, the town turns against its own sheriff when he calls out his son at home plate, forcing the Mayberry Giants to lose. "That had happened to me and my dad," Howard told Larry King in 2013. "He called me out at home on a ball game that was on my birthday. I couldn't believe he called me out!"

SEE MORE: The color seasons of 'The Andy Griffith Show' are great and here's why 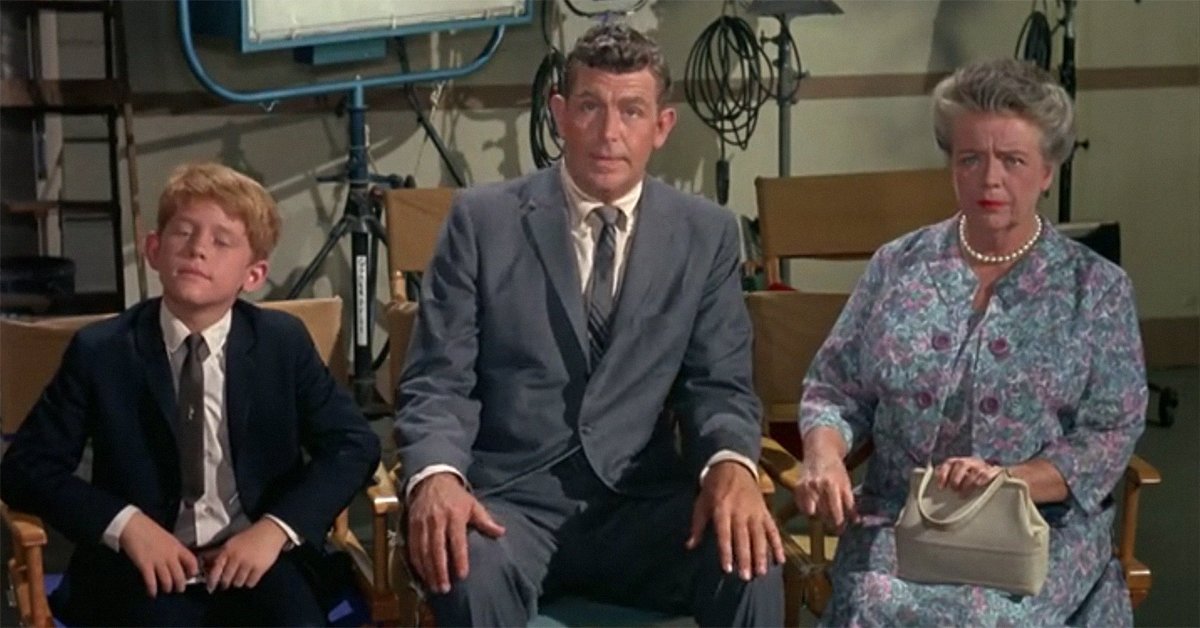 11 reasons you need to see seasons six, seven and eight of this classic sitcom. Stay tuned to MeTV for more news celebrating the 60th anniversary of The Andy Griffith Show! READ MORE 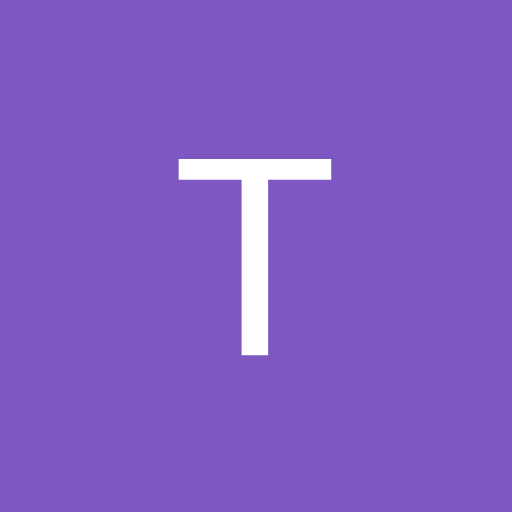 Tww 8 days ago
I love this show. I have no absolute favorite episode,but the one that contains perhaps my favorite Barney dialogue is Dogs, Dogs, Dogs,in which Barney explains the social differences of dogs and giraffes
Like Reply Delete 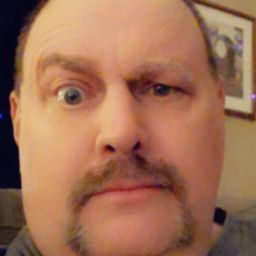 Frankfurter 1 month ago
My favorite has to be the one where the state prisoners are there and Barney explained the two rules here at the rock. Gomer keeps dropping the gun off the roof and Andy has to keep re catching them!

GordARebelato 1 month ago
The Pickle Story and Barney's First Car are two of my favourite episodes.
Like Reply Delete

joenic27 1 month ago
Sermon for Today and Man in a Hurry are my two favorites. Not easy to pick favorites from this show, with so many great episodes to choose from. Favorite color episode is The Battle of Mayberry.
Like Reply Delete

FrankCollins 1 month ago
How can you leave out the great musical episodes of the Darlings, who were actually a real musical group that was fantastic?
Like Reply Delete

FrankCollins 1 month ago
The only good one chosen was the classic "Citizen's Arrest". There were so many great episodes, side-spittingly funny, and they only chose one. Give me a break. Where is the loaded goat? There are so many more. Then there are the truly heartwarming episodes.
Like Reply Delete 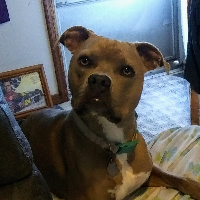 AllisonWunderland 2 months ago
How about the Motorcycle w/sidecar episode? That was hilarious 😂
Like (1) Reply Delete

JeffSchafer 2 months ago
The best episode is "Three Wishes for Opie".
Like Reply Delete

Any episode with Ernest T. Bass! Howard Morris was a great actor and director. Ernest T. Bass Joins the Army still puts me on the floor laughing. The episodes with The Darlings were also classics. Opie and the Bully, Opie the Birdman, Opie and the Spoiled Kid, Class Reunion, Prisoner of Love is an absolute classic, Bailey’s Bad Boy, Citizen’s Arrest, The Song Festers, The Fun Girls, Banjo Playing Deputy, Howard’s New Life, The Return of Barney Fife, A Visit to Barney Fife. Many more.
Like (1) Reply Delete

Sooner 2 months ago
It's hard to say there is a favorite show, when the show as a whole is absolutely one of the best ever. There just never was a show that flopped. Each one had its own magic.

As for the color episodes, I don't mind it changing to color at all. What leaves me wanting, is that Barney was no longer on the show, and he was like the heart of the show. The other characters were awesome-- each one-- but losing Barney, was like losing a child in a family. There's a giant hole there that makes everything seem very different, though life goes on.
Like (1) Reply Delete 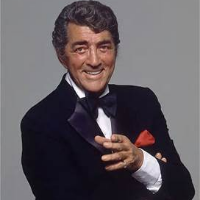 flick11 2 months ago
I liked Car in the Courthouse.
Like (2) Reply Delete

RicardoShillyShally 2 months ago
I never liked "The Pickle Story". Forcing yourself to eat something disgusting is not plausible. Andy and Barney should have trashed the pickles. And it's ridiculous to accept that Aunt Bee, who is known to be a great cook, couldn't figure out for herself that something was wrong with them.
My favorite episode is "Man in a Hurry" which truly demonstrates the essence of Mayberry. "Opie the Bird Man" was good, even though I thought Andy was a little rough on Opie. For sheer laughs, there's "Convics at Large" with a heroic and hilarious effort by Floyd the barber, my favorite supporting character.
Like (1) Reply Delete

ScottS 2 months ago
Regarding the color episodes: I remember my mother saying that Aunt Bee flying an airplane was ridiculous; however, I crave the episodes (as a spaghetti sauce afficiando and recalling when the same mom began adding oregano to her sauce in the sixties) 1) Andy having to eat three spaghetti dinners in one night (is that the ultimate comfort food, right up there with mac & cheese?) and 2) Howard retreating to a south seas island. I can almost feel the tropical breezes; would not have worked in black and white. As much as I love the BW episodes on Me TV, I'm ready for the color seasons.

TexasGreek 4 months ago
I always wondered what Aunt Bee's pickles really tasted like as everyone just hated them. Gotta' go a long way to ruin home-jarred pickles. I wonder what she added to 'em, alum?
Anyone game to bite one?
Like Reply Delete