Watch: Neil Diamond duets with The Fonz on "Song Sung Blue" in 1976

Diagnosed with Parkinson's disease, Neil Diamond has announced his retirement from touring. 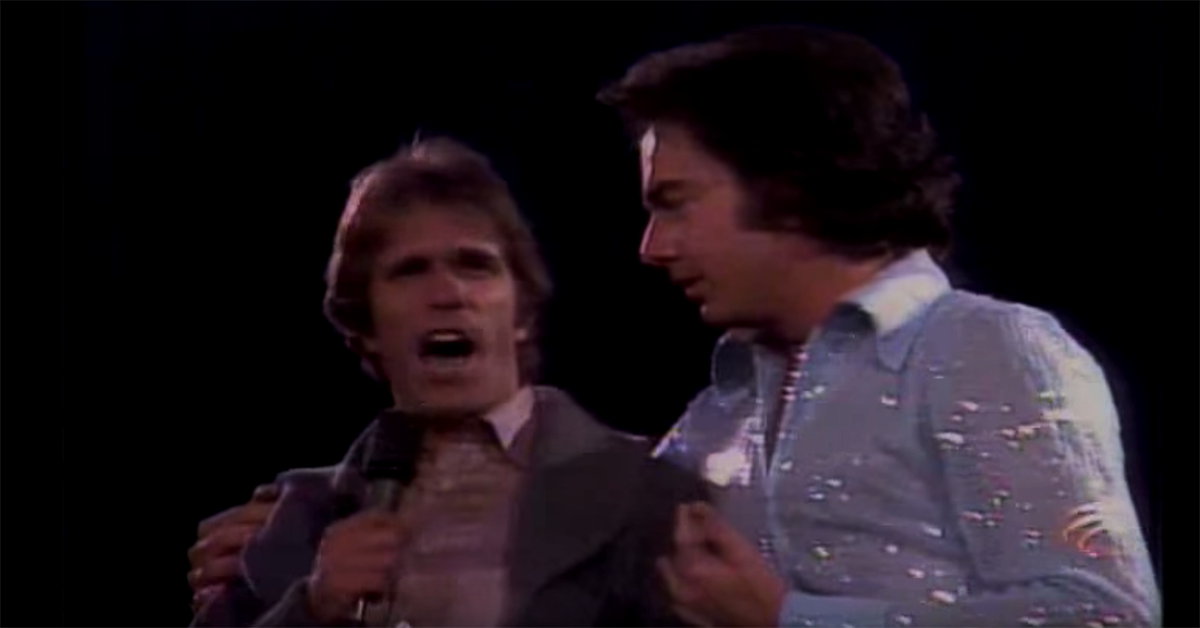 At the upcoming Grammys, the songwriter Neil Diamond will be honored with a Lifetime Achievement Award. Over his career that spans more than 50 years thus far, he's penned 10 songs that climbed to No. 1, and that doesn't even include what is arguably his catchiest song, "Sweet Caroline." Beyond the songs he recorded and performed, he wrote still more hits for the Monkees and other artists, and everyone including Elvis covered his material. To know his catalog was to convert to easy fandom, as intuitive as memorizing the chorus to "I'm a Believer."

Live, he's also proven to be sensational. As a solo artist, his onstage enthusiasm draws stadiums, and through the years, he's been known to also perform as a special guest for the bands he's opened for. That adds an obvious splash of spontaneity to his concerts, but our favorite Neil Diamond flashback involves a different kind of guest performance: an unlikely duet with Henry Winkler. 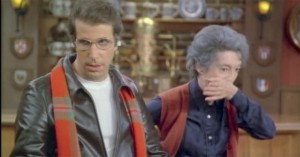 In 1976, Diamond performed a concert at The Greek Theater called "Love at the Greek." It was filmed for a subsequently released concert DVD, and one of the highlights saw Winkler come out onstage to join Diamond on "Song Sung Blue." It's heartwarming to see Diamond embrace Winkler, then make a special request into the mic: "Can you sing it like The Fonz?" What follows is probably the most hilarious version of "Song Sung Blue" ever laid down, and a must-watch for Happy Days fans:

Even without sweet moments like this shared stage with the Fonz, Diamond's so compelling live. He even translated his concerts into a hit one-man Broadway show, which is not an easy thing to do, and his was a triumph. That's why today's news that Diamond has retired from performing due to his recent diagnosis of Parkinson's disease will hit fans hard. He's a live force that will be greatly missed, but true to fierce form, he's issued a statement that he will continue writing and recording music.

That makes us feel a familiar feeling captured so beautifully by "Song Sung Blue":

Me and you are subject to the blues now and then/But when you take the blues and make a song/You sing them out again.