Grandma got run over by these warped Christmas cards. 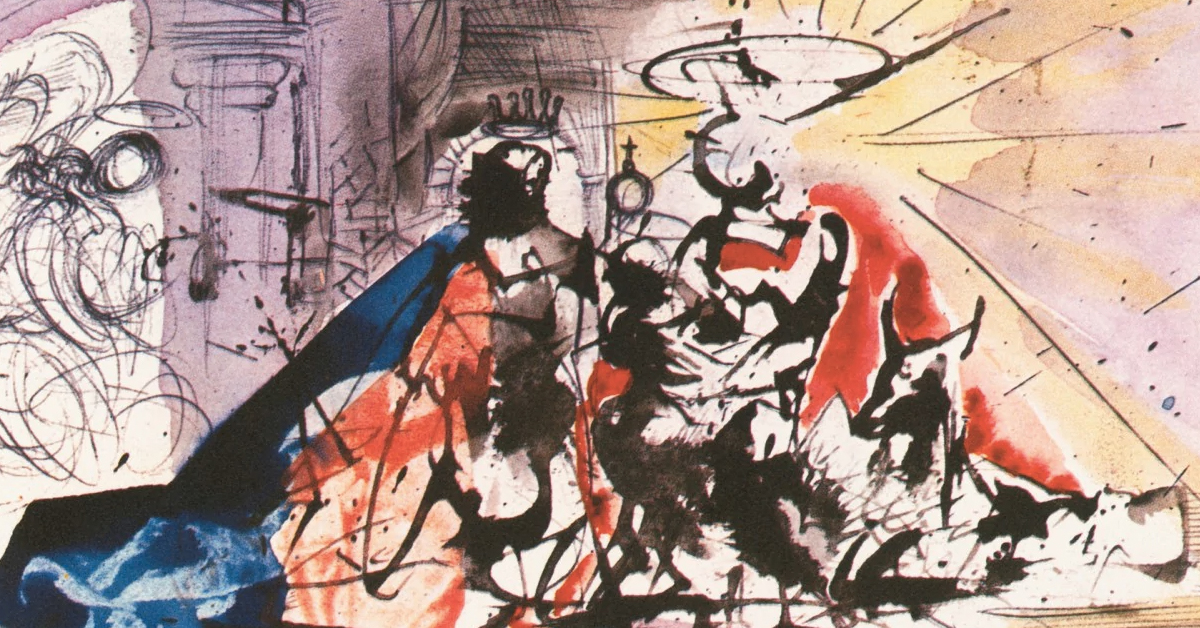 Hallmark had the best intentions (and drummed up a maximum budget) when they commissioned the surrealist painter Salvador Dali to create a series of Christmas cards in 1959. It was their hope that by bringing acclaimed artists like Dali and Cezanne and Pablo Picasso into their ranks to reimagine the humble Christmas card, they could connect the general public to the world's greatest artists. According to the Washington Post, they agreed to pay Dali $15,000 (worth more than $120,000 today) to create 10 greeting cards.

Their plan worked. By 1960 when Dali's cards hit the shelves, everyone wanted to know who the artist was who was responsible for conjuring these twisted Christmas images. The only problem was, they weren't admiring his surreal seasonal vision. They were completely appalled by them.

His dark depiction of the nativity scene, for one example, did not deliver the cheer that Hallmark fans typically sought in their preferred season's greetings. Compare Dali's nativity to Hallmark's current nativity card, and you begin to see the shift in mood that caused all those raised eyebrows back in the '60s.

Some of his imagery was much more playful, like a series of colorful butterflies transformed into an elegant Christmas tree or a traditional scene featuring the wise men with a wacky camel. Perhaps the most visually connected to the painter's most famous works, though, was a surreal image featuring a headless lute player, with mountains that mirror the effect of angel wings. There's beauty for the art fanatic in these cards, but perhaps it went just a bit too far for the Christmas traditionalists in the 1960s. 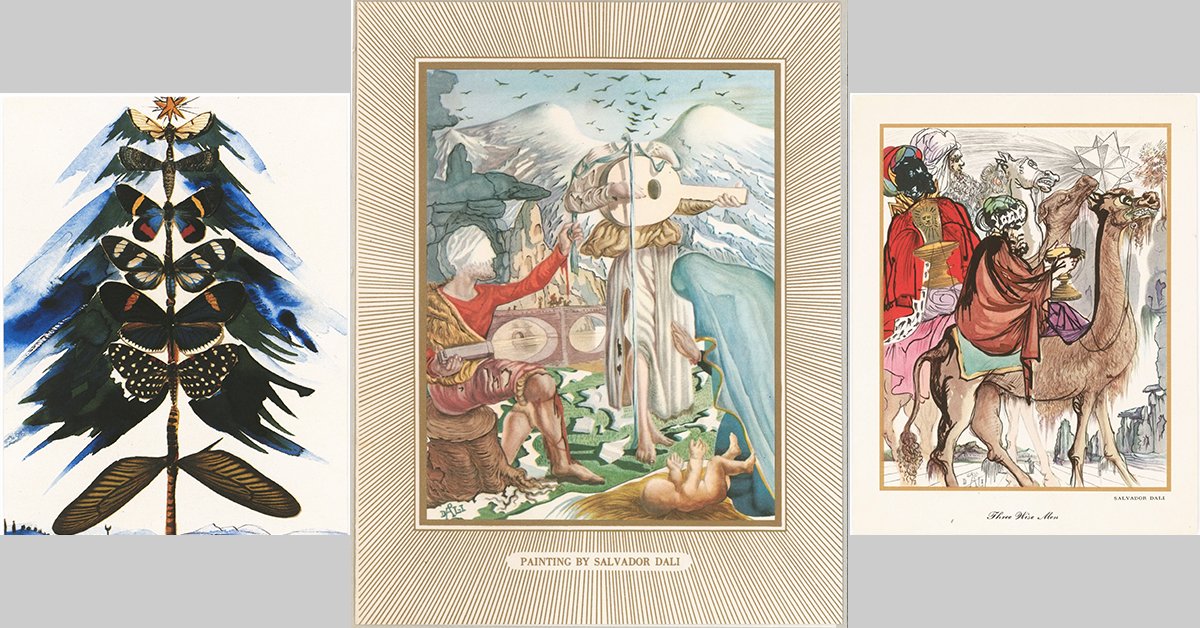