These are the 3 greatest one-hit wonders of the 1970s

Try not to kung fu fight over these afternoon pop delights. 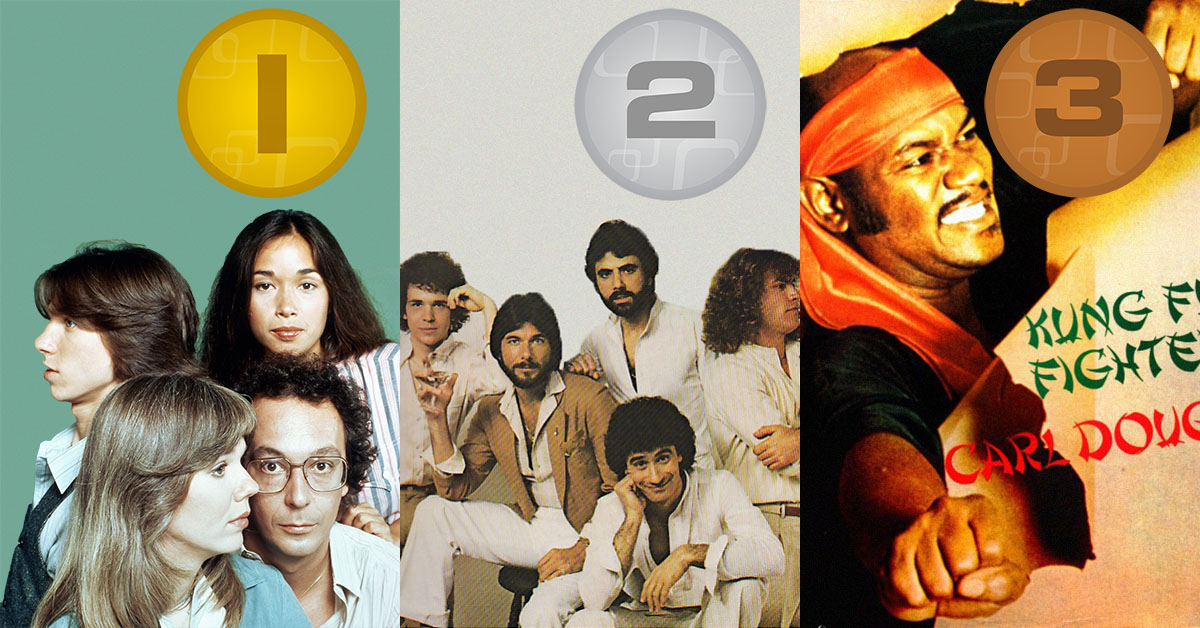 The Seventies were the golden era for flash-in-the-pan fads, from Pet Rocks to the music of the day. Did we have short attention spans? Probably not. It had more to do with the sheer volume of pop culture goodness. After the revolution of the 1960s, there was a flood of new ideas, new fashions, new foods, new genres.

Just look at the Billboard charts from the decade. Disco, funk, heavy metal, soft rock, dance, electronic, folk, TV themes, country, novelty songs and punk all battled for the Top 40. Every day there was a new delight — a new act with big hair, big collars and big hooks. There were dozens of glorious one-hit-wonder that continue to fill movie soundtracks today.

Here are our top three. Vote for your favorite below or have your say in the comments.

Perhaps the ultimate one-hit wonder, this co-ed quartet quickly ballooned in popularity after this debut single, leading to infamous Grammy Awards dominance. The bubble quickly burst. The foursome never sniffed the Top 40 again, though will live on thanks to Anchorman.

This was the decade of funk. Even this funk-rock band's hometown sounded funky — Mingo Junction, Ohio. Just listening to it makes us want to cruise around town in a boat-sized Oldsmobile Cutlass Supreme.

This was the disco era, and we would be remiss to not include one of the cuts that contributed to the Saturday night fever. Disco music was largely the craft of skilled studio musicians, and therefore led to a slew of anonymous one-hit wonders. Carl Douglas gets the win, however, for helping popularize the craze with this 1974 smash and for tapping into another fad of the era — the kung fu film.