Star Trek, Gone with the Wind and The Andy Griffith Show all have one major thing in common. 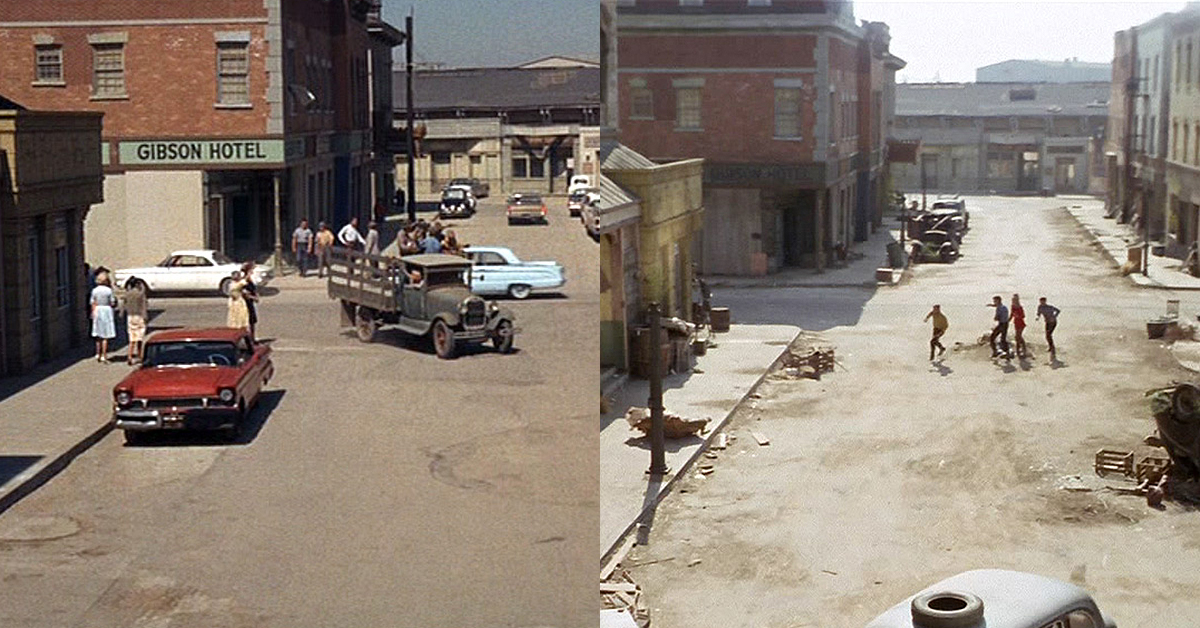 What do Star Trek, Gone with the Wind and The Andy Griffith Show have in common? You might have to strain to find similarities between the two very different TV shows and a classic movie, but they do have one common bond: location. 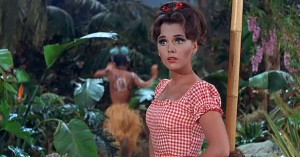 That's right, those three classics, along with almost 100 others, all shot scenes on the RKO Forty Acres lot in Culver City, California. The lot is most recognized as the fictional town of Mayberry in The Andy Griffith Show, but it's also served as the backdrop for some epic films, sci-fi franchises and superhero series.

Forty Acres was created in 1927 for Cecil B. DeMille's film The King of Kong. The production company RKO bought the lot a few years later, where it shot scenes for the 1933 classic King Kong.

The lot grew even bigger later that decade when a replica of Atlanta and the Tara plantation were constructed there for Gone with the Wind. Throughout the 1940s, RKO shot its series of Tarzan films on the lot, creating a sprawling jungle right next to the sets. 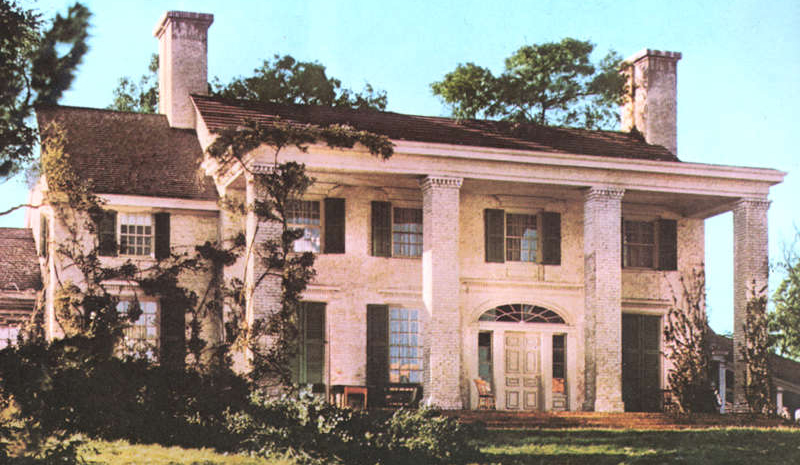 In the 1950s, Forty Acres turned to television, starting with The Adventures of Superman. The first season was shot on the lot, paving the way for The Andy Griffith Show to be filmed there in the 1960s.

The family-friendly sitcom created the fictional town of Mayberry out of the old Atlanta set from Gone with the Wind. Yes, Mayberry is Atlanta and Metropolis. Every week, viewers became familiar with the courthouse, barbershop and Andy Taylor's home. 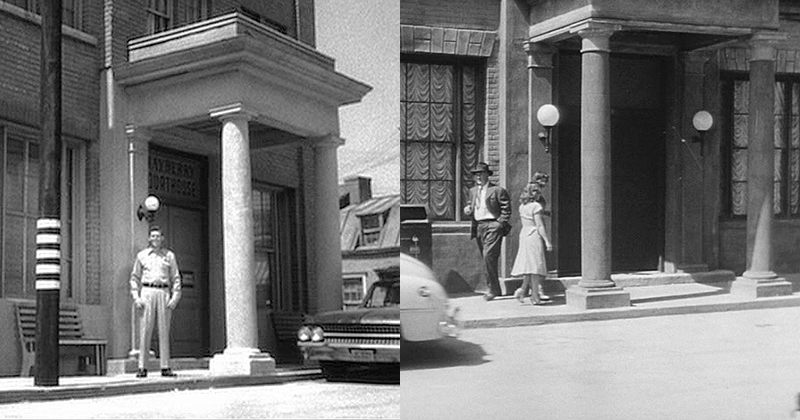 The town square–like set was also used in episodes of Ozzie and Harriet, Batman, The Green Hornet and Mission: Impossible. Four episodes of Star Trek were also filmed there in the late 1960s, and crossovers between the sci-fi series and Mayberry are readily apparent. 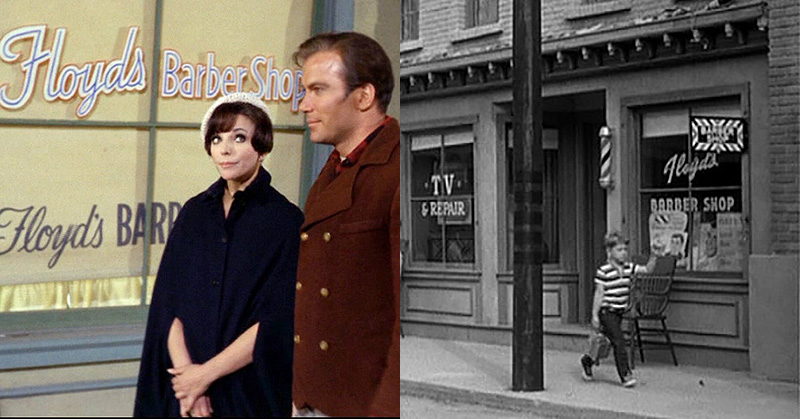 By the late 1960s, Paramount came to own the studio and sold it. After changing owners a couple more times, it was torn down for good in 1976. Today, the former site of Forty Acres now houses an industrial park and television studios. 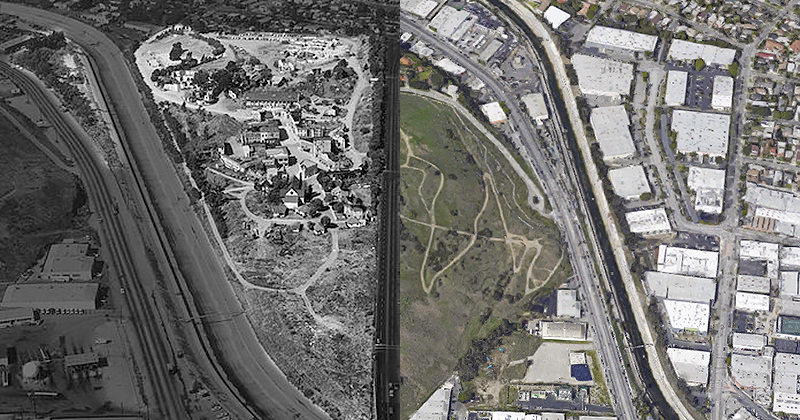 WikipediaAn aerial comparison of the lot between 1965 and today

Even though it doesn't exist anymore, the lot remains an integral part of television and film history. The biggest film of all time, one of the most beloved fictional towns, and a few famous Star Trek episodes all shared the same space, even though they were set in different worlds. That's the magic of Hollywood.

WillDockery 25 months ago
I'm sure that the first film made at Forty Acres was "King Of Kings".
Like (1) Reply Delete 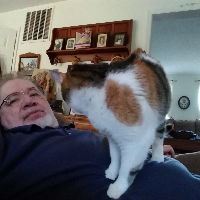 Catman1955 28 months ago
Fantastic article. As a fan of Andy Griffith and Star Trek I was startled to see the screen cap from "City on the Edge of Forever" with Floyds Barbershop in the background. As many times as I've seen that classic episode I never caught that. And I was happy to see the comment from Steve Bingen. I look forward to seeing his book.
Like Reply Delete

ndebrabant 34 months ago
It's a shame they did that. A real shame. Corporate Greed?
Like (1) Reply Delete

Catman1955 ndebrabant 28 months ago
That's a part of it I'm sure. There seems to be so much limited space there that it might not have been responsible to leave it standing.
Like (1) Reply Delete

SteveBingen 47 months ago
I'm not trying to commercially plug anything, well maybe I am, but there is a book on this subject, which I wrote, and it seems to me that your readers might be interested. Its called "Hollywood's Lost Backlot: 40 Acres of Glamour and Mystery." Anyway, I liked your article, although I don't know where or how you got the "almost 100 TV shows and movies were made" spiel? Huh? They probably made 100 TV shows or movies on the lot every year! Maybe your author should read my book, which, by the way, is available online and in book stores...
Like (1) Reply Delete

Catman1955 SteveBingen 28 months ago
Not sure if you'll see my reply, but I was so intrigued by the fact that you had a book on the subject that I went immediately to Amazon and looked it over. The reviews were mostly very good. Even the one with the most specific criticism gave it 3 out of 5 stars. I look forward to getting the book and I've shared the link with a friend who is a bigger Andy Griffith fan even than I am.
Like (1) Reply Delete