The artist who made the sculpture died two days after the TV star. 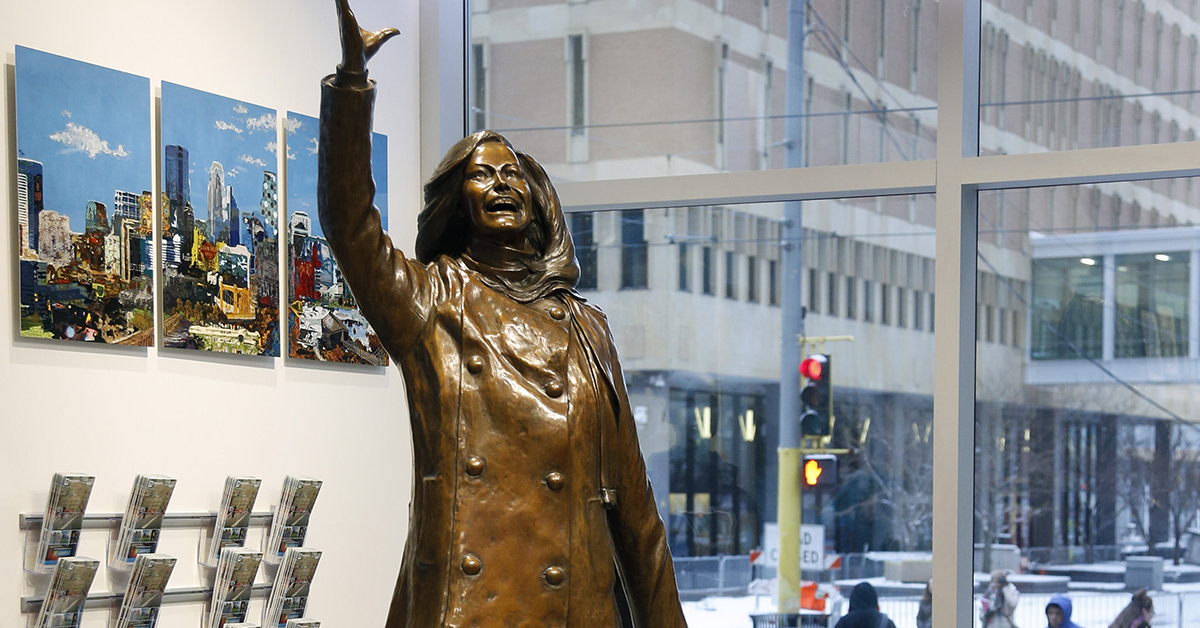 It was the hat toss seen 'round the world. When Mary Tyler Moore threw her blue tam into the air for the first time in September 1970, during the opening credits of her groundbreaking sitcom, few could have predicted it would become one of the lasting images in television history. It was simply a moment of joy, a young woman celebrating her new life in Minnesota.

Iranian director Reza Badiyi, who had previously crafted the eye-catching opening to Hawaii Five-O, filmed the MTM opening sequence. It was his idea, according to Moore, to throw the hat up into the sky. 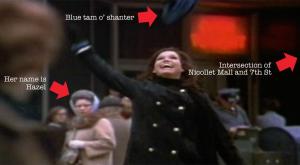 In 2002, the moment was captured in bronze, as a statue was dedicated to Mary Tyler Moore on the Nicollet Mall in downtown Minneapolis. In July 2015, however, the statue was removed as the city began a lengthy construction project to renovate the downtown thoroughfare.

Of course, the statue was preserved, temporarily moved into storage, before being put on display indoors at the Minneapolis Visitor Center. It was there that a fan laid a red rose at the foot of the statue earlier this year, in January, when Moore passed away at the age of 80.

In the outpouring of grief for the TV icon, a coincidental if sad fact went somewhat overlooked. Gwendolyn Gillen, the Wisconsin artist who sculpted the Moore statue, died two days later at the age of 76.

Now, after $50 million and a couple dozen months of construction, the new and improved Nicollet Mall is here. And the Bronze Mary is back on the corner of 7th and Nicollet. It was returned to its original spot this past Saturday, according to CBS News.

When the statue lived in its temporary home of the nearby Minneapolis Visitor Center, a similar blue hat was provided to tourists who wanted to take a picture in the same pose. Presumably, now that Mary is back outdoors, you will have to bring your own winter cap.