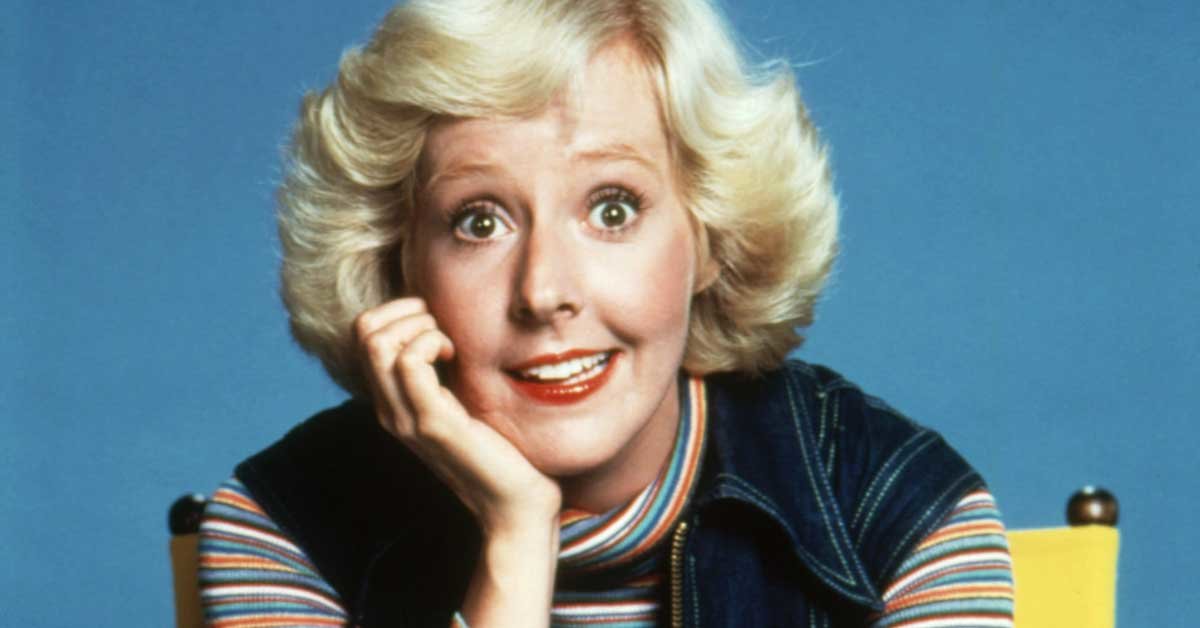 In 1969, Georgia Engel, a fresh-out-of-college, barely in her 20s theater major from the University of Hawaii moved to New York City for her big break. A couple years later, she landed in an Off-Broadway production of a black comedy about a songwriting zookeeper called The House of Blue Leaves. It paid a dollar less than unemployment. And then the theater burned down. But that turned out to be a stroke of luck.

The production moved to Los Angeles. One evening, Mary Tyler Moore and her producer husband Grant Tinker saw the play. More importantly, the couple discovered Georgia Engel. At the end of 1972, a week before Christmas, Engel made her debut on The Mary Tyler Moore Show as Georgette Franklin, a window dresser at Hemphill's Department Store like Rhoda Morgenstern. The episode was "Rhoda Morgenstern: Minneapolis to New York," the one in which Rhoda (Valerie Harper) takes a job in the Big Apple. As Harper was preparing to star in her own spin-off, Rhoda, Engel stepped in to provide an entirely different character in the ensemble. 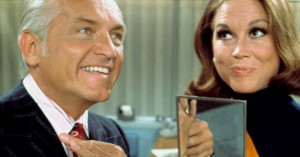 The sweet and ditzy Georgia, with her flipped-out blonde hair and round cheekbones, became a love interest for the bull-headed Ted Baxter. They made a perfect TV couple. The two would finally marry in the season six episode "Ted's Wedding," tying the knot in Mary's apartment at short notice.

Engel continued to collaborate with her castmembers after The Mary Tyler More Show ended. She co-starred in the all-too-short-lived sitcom The Betty White Show.

In the following decades, Engel landed small recurring roles in other beloved sitcoms. In the 1990s, she played Shirley Burleigh, the wife of the athletic director on Coach. On Everybody Loves Raymond, she was partnered with the wonderful Fred Willard as Pat MacDougall. In recent years, she was back with Betty White on Hot in Cleveland.

Over her career, Engel earned five Emmy nominations — two for The Mary Tyler Moore Show and three for Everybody Loves Raymond. In 2015, she returned to where she began, onstage in New York. In the 2015 play John, she played an innkeeper in Gettysburg.

On April 12, Engel passed away in Princeton, New Jersey, according to The Hollywood Reporter. She was 70 years old.

SheriHeffner 43 months ago
I never knw that Georgia had passed away. I LOVED Georgette. I thought she had the sweetest and softest voice too. I also remember after The Mary Tyler Moore Show left the air she starred in a short lived show about wives in WWII. Georgia danced and sang in one episode. She will truly be missed.
Like (1) Reply Delete

harlow1313 46 months ago
Wow! This sounds like the chance of a lifetime! If my Nigerian Prince thing doesn't pay off, I just may give this a go.
Like (1) Reply Delete

MrsPhilHarris 46 months ago
The other day at work we got a fax from a Zimbabwean minister needing help with $22 million.
Like Reply Delete

Lantern 46 months ago
Can't forget when she gave birth to her baby in Mary's apartment - remember when Lou Grant appeared carrying Ted from the bedroom!
Like (1) Reply Delete

Tampammm 46 months ago
Really enjoyed her role along with her husband Howard in "Coach". Really funny!!! R. I. P.
Like (1) Reply Delete

Or drag a file here to upload
WILD 46 months ago
Goodbye sweet lady. Enjoyed your work on MTM show as well as more recently on HIC reteaming with your friend Betty White. Your death is a great loss to everyone.
Like (1) Reply Delete

stephaniestavropoulos WILD 46 months ago
R.I.P. Georgia. I couldn't control what popped into my brain, I couldn't help it. When I saw this story, I instantly thought of the song title: "The Night {or day whenever it happened;} The Lights Went Out In Georgia." I don't mean to sound maudlin, but the title is sort of prophetic. The lights did go out in Georgia's eyes. She is up with her tv hubby Ted Baxter, and her best friend Mary.
If anyone is wondering about the character she played on ELR {they don't know who she was.} She played Robert's mother-in-law. The only scene that comes to mind of her playing that character, is the one where Robert catches her smoking! FUNNY STUFF!!
Did anybody make the connection with the date she passed, to the birthdate of another television/music icon who is also missed?
Like (1) Reply Delete