Space Food Sticks were the coolest snack of the 1970s 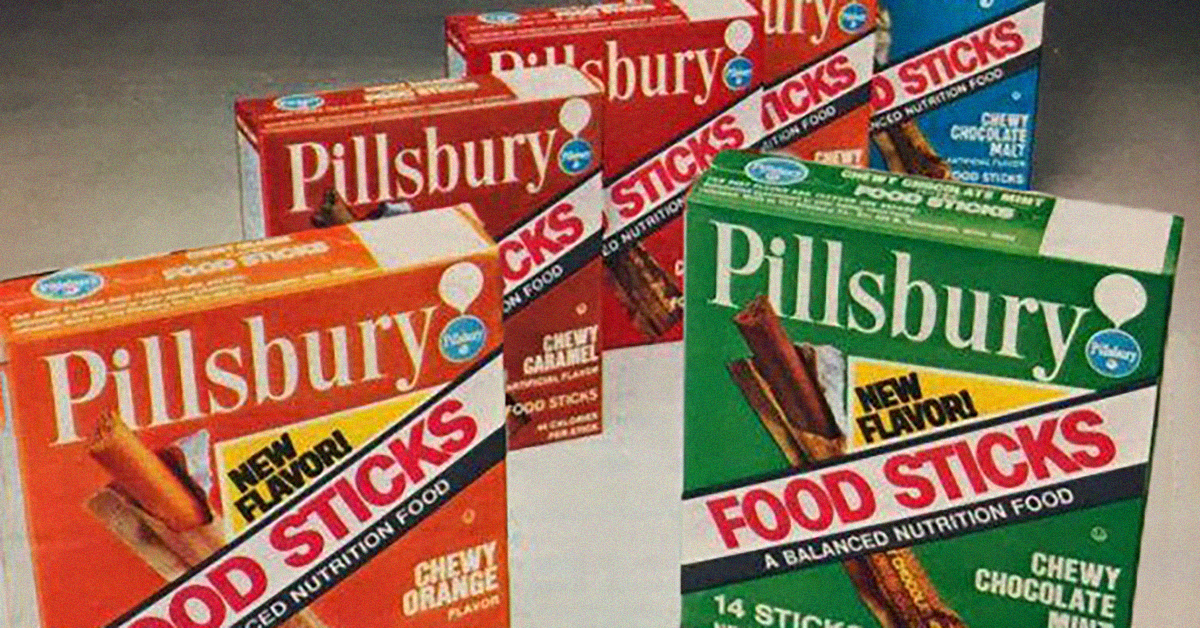 There are two things all kids love with certainty — outer space and snack foods. (Well, dinosaurs, too.) This is why growing up in the 1960s, '70s and '80s was golden. Astronauts were constantly rocketing into orbit, and there were hundreds of delicious, decadent, pre-health conscious snacks to munch. Just take a look at all the great bygone cereals, crackers and chips we once shoved in our face.

See Also: These 12 long lost snacks of the 1970s will give you the munchies

The Space Age influenced all aspects of pop culture, from fashion to food. While some treats such as Sputnik gumballs were merely inspired by the space race, Pillsbury's Space Food Sticks had the distinction of actually going into space. Yes, honest-to-god NASA astronauts ate Space Food Sticks — in space! Astronaut "ice cream" may have been hard to find, but Space Food Sticks could be snatched up at the local A&P.

It also helped that, unlike the typical dehydrated fare of outer space, Space Food Sticks were rather delicious, not to mention available in a variety of flavors — caramel, chocolate, peanut butter, chocolate malt, chocolate mint and orange. The 44-calorie chew was the precursor to the energy bar, perfect for an after-school satisfier as you plopped on the couch and watched Match Game.

Initially, astronauts had bland, functional and often unpalatable food on missions. A Wall Street Journal article in 1966 described the food as "the gourmet's nightmare of a more distant future," while another headline proclaimed "Space Food Hideous But It Costs A Lot," as recorded in the book Space Tourism.

Enter Pillsbury. The company set a team food scientists, led by Dr. Howard Bauman, on the task of creating a better space cousine. It was determined that the shape would be a long, chewy stick, which could slide into the astronaut's helmet as emergency energy. A commercial version was released, branded with the perfunctory yet still exotic name of Space Food Sticks. The advertising for the product looked like a newspaper filled with facts and wonder about the Sticks.

In 1973, NASA issued a press release stating that the crew of Skylab would "eat these food bars every third day," though the astronaut version would pack 300 calories each.

Not long after, Pillbury, in a arguably foolish decision, dropped the "Space" and branded the product with the far less tantalizing name of "Food Sticks." They didn't last much longer. "Space" made all the difference. We want to dream of zero gravity and the stars, not imagine ourselves living in a biodome of a dystopian future.

RaynaGorowitz 14 months ago
I thought Space Food Sticks were PLENTY OF TASTY 😋 and I’d practically do a Snoopy Dance when I found them in my lunch as a teeny slip of a maiden in 2nd grade. I had only ever had them in chocolate. Yummy stuff indeed!
Like Reply Delete

Ann_Margrock 31 months ago
"Rather delicious" Ha! Compared to what? I remember them tasting like chocolate flavored sawdust. Something we never begged mom to buy every again.
Like Reply Delete