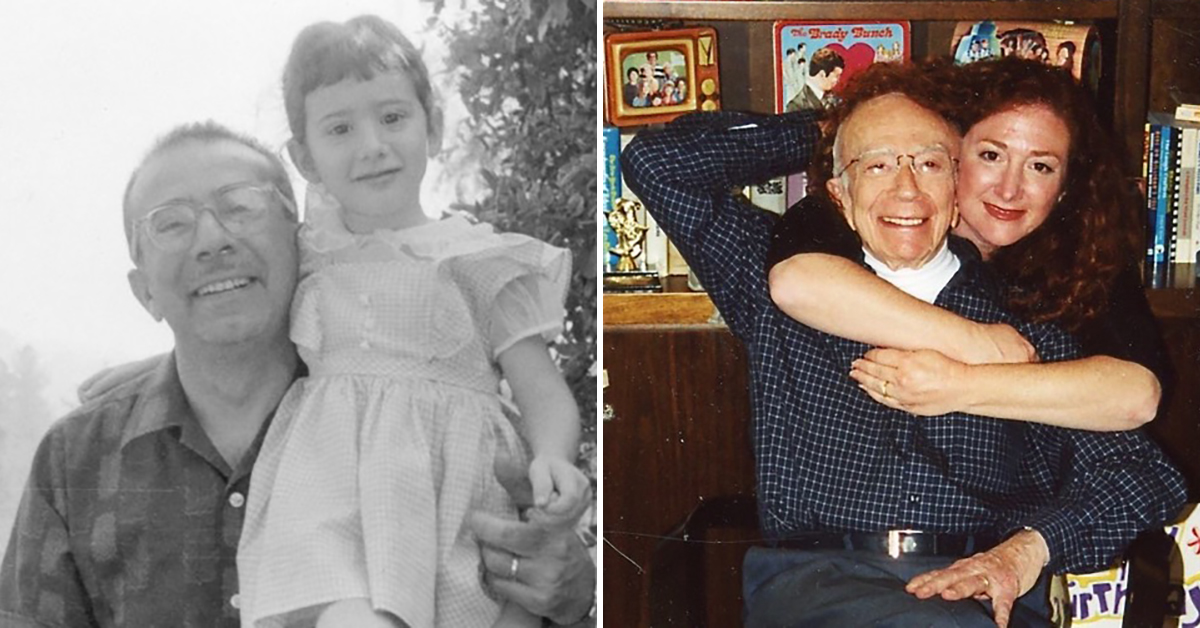 Almost 50 years after it ended, Gilligan's Island remains one of the most treasured sitcoms in television history. We have one man to thank for all of that, series creator Sherwood Schwartz.

His characters became staples of American pop culture, with generations of viewers being able to recite all seven castaways in order. Gilligan's Island only ran for three seasons, but it's been on television ever since.

We recently talked with Schwartz's daughter, Hope Juber, about her father and growing up "on the island." Here are a few interesting tidbits we learned.

See Also: Sherwood Schwartz's daughter opens up about life on the set of 'The Brady Bunch'

1. Sherwood Schwartz had an interesting problem on his hands.

Juber says her life didn't really change all that much when her dad started producing Gilligan's Island. Despite the enormous success, the family still lived in the same house and drove the same car. While Juber's life stayed the same, her father's life got a little more complicated.

I remember when he was having issues with the censors about Dawn Wells' navel showing and Tina Louise's cleavage. My mother asked him how his day was going, and he replied, 'Between Dawn's navel and Tina's breasts, I haven't gotten any rest.' It became a running joke in our house.

2. The set was a family-friendly place.

Because Juber went to school right down the street, she and her friend — the daughter of a producer on Get Smart — used to visit the studio all the time.

After school, we would walk over to CBS and hang out around the sets. We would ask each other, 'What will it be this day — the Island or KAOS?' We used to go down to the lagoon, or just watch quietly as they shot scenes on the set.

3. The cast actually got along.

This might not be a total surprise to fans of Gilligan's Island, as the cast constantly reunited throughout the years. Juber says none of the cast members had an attitude. She describes Alan Hale, Jr. as a big, warmhearted guy, and says Bob Denver and Russell Johnson were great with children. However, Juber admits Jim Backus sort of scared her as a child because of his booming voice.

Juber says Tina Louise seemed like a goddess, and that Natalie Schafer had a surprisingly naughty sense of humor. But as a child, Juber had the most admiration for MeTV's beloved ambassador, Dawn Wells.

Dawn Wells was particularly sweet and friendly. I loved her outfits on the show, especially the cute suspender ones, and she tried to find one like it for me!

Hope JuberJuber with the voodoo dolls from the season three episode, ''Voodoo.''

The lack of drama on the set of Gilligan's Island can be attributed to the show's creator. Alan Hale, Jr., even gifted Schwartz with one of his character's most signature items.

Alan Hale, Jr., presented [Schwartz] with the bronzed hat as a meaningful, sentimental gesture. I think that by bronzing the hat it was a way of not only keeping it protected and preserved, but also immortalizing it.

Juber possesses the hat today, along with other treasured props from the show. She says the family hopes to have it on display for the public to enjoy, preferably in an appropriate museum or pop culture exhibit.

5. Schwartz's legacy lives on to this day.

Gilligan's Island remains in syndication, and a musical version of the series may be headed to Australia. The sitcom is massively popular Down Under, along with The Brady Bunch, another creation of Sherwood Schwartz. The cast and their descendants keep in contact as well.

I keep in touch with Dawn and Dreama Denver [Bob Denver's wife]. I also am still in contact with Russell Johnson's daughter and Alan Hale, Jr.'s granddaughter.