"Which Way'd They Go" follows hillbilly Nebeneezer Jackman and his three bumbling sons. 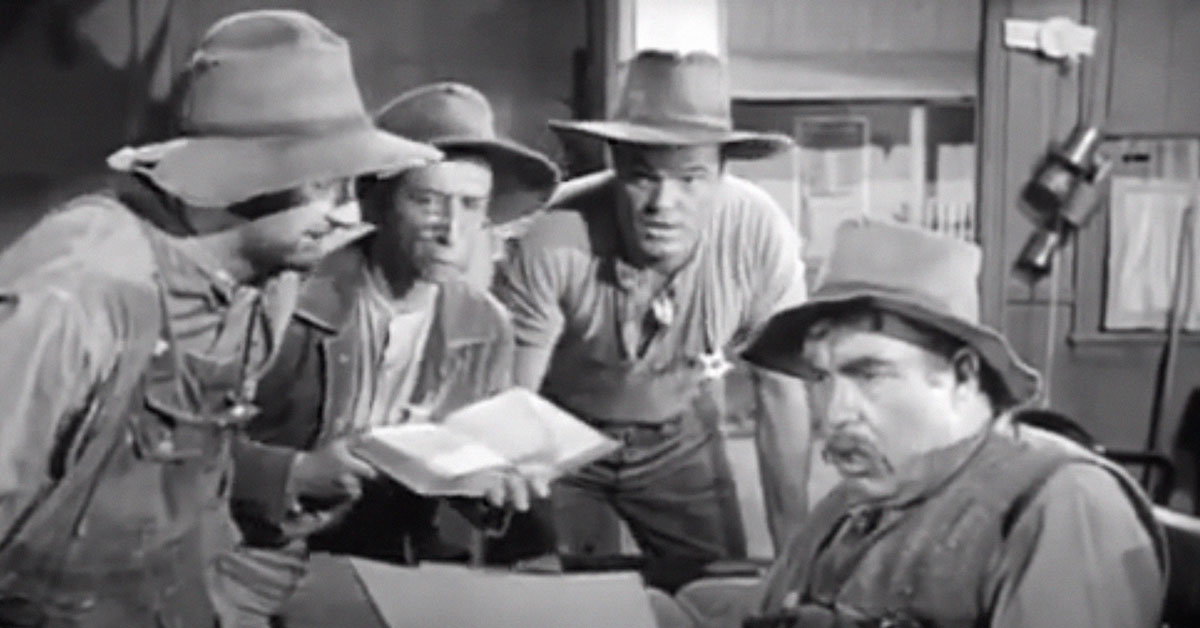 Like many successful shows, The Rifleman spawned its own spinoff. Michael Ansara played the Native American U.S. Marshal Sam Buckhart, who rode through North Fork straight into his own show, Law of the Plainsman.

But Marshal Buckhart wasn't the only Rifleman character the producers wanted to highlight with an offshoot. When Lou Mallory first comes to town in season five, she buys land from a local farmer named Nebeneezer Jackman, played by character actor Peter Whitney. When Jackman finds out a railroad could be built on the land, he accuses Lou of stealing it. Jackman and his three sons kidnap Lou and keep her on their farm. Though some moments are played for laughs, the tone of the episode is as serious as most Rifleman stories. 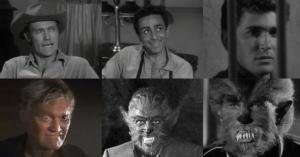 A few months later, toward the end of season five, Neb Jackman appeared in a much more lighted-hearted episode: "Which Way'd They Go."

Here, he's joined again by his sons Moss, Haslam and Bo, though Conlan Carter as Haslam is the only other actor besides Whitney to appear both times. The episode is so full of jokes and gags, it plays more like a sitcom than a Western — but that was intentional!

It was meant to kick off a new comedy series set in the Old West. It's hard to miss the influence of The Beverly Hillbillies, which premiered just six months before, in the accents and looks of the Jackman clan. Coincidentally, or perhaps not, Peter Whitney played Lafayette
"Lafe" Crick in four Hillbillies episodes the following year. Conlan Carter even played his son, Dub Crick, in one episode.

"Which Way'd They Go" starts off in normal Rifleman fashion with Lucas and Mark saying goodbye to Neb Jackman and his sons after the Jackmans are forced to sell their farm for failing to pay taxes on the land. Just one crop of corn would have covered the expense but no one remembered to plant any.

When the story follows the Jackmans to the next town instead of staying with Lucas and Mark, it becomes apparent this isn't an ordinary installment. The city of Paradise, home to the Pair O' Dice Saloon, desperately needs a sheriff but no one is willing to take on the dangerous job. Not knowing the deadly consequences of the position, Neb Jackman gladly volunteers and deputizes his sons.

Soon enough, a murderous bank robber comes to town. With a little skill and a lot of luck, the Jackmans are able to take on the crook and his gang. They decide to stay in Paradise, with further antics and shenanigans meant to be explored in a new sitcom.

Unfortunately, that series never came to pass. But like other shows with failed spinoffs, it happened twice on Green Acres, there is still enjoyment in the fact that an episode exists to show what could have been. Most pilots never see the light of day. 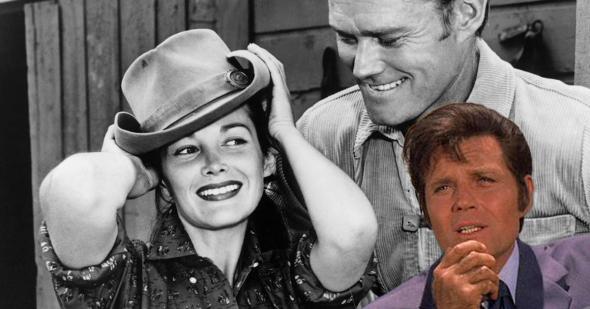 WesternsDid you know?
The Rifleman's first girlfriend left Chuck Connors in the dust when her real husband created Hawaii Five-O 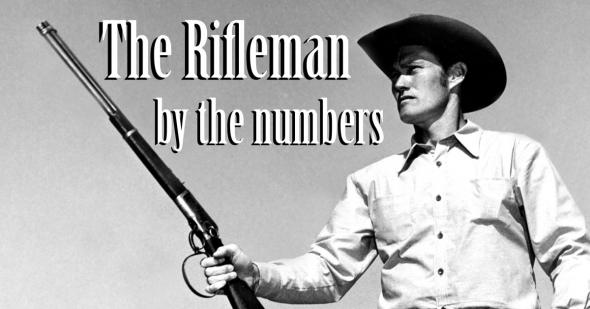 Westerns
How well do you know The Rifleman by the numbers? 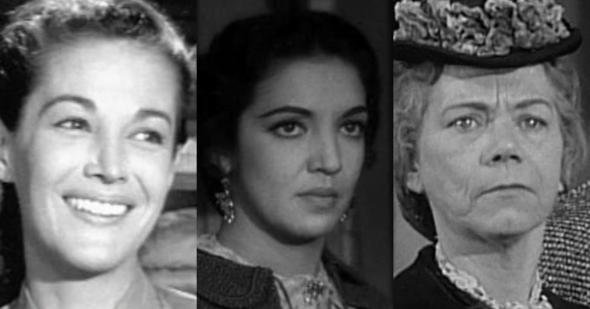 Westerns
How well do you know the women of The Rifleman?
Are you sure you want to delete this comment?
Close

KevinButler 10 months ago
I knew one of the performers..who appeared in this next to last episode of"The Rifleman"..Dallas McKennon..he played the judge.
Like Reply Delete

PaulaGunnels 10 months ago
Peter Whitney also played El Diablo on The Monkees episode "It's a Nice Place to Visit".
Like Reply Delete

Laredo in turn, did an episode in their first season called "Above the Law" (January 13, 1966) that starred Jack Lord that was a pilot for a weekly show with jack. It did not sell.

Star Trek :TOS (1966~1969) had the episode for the end of their second season, "Assignment: Earth" which was a backdoor pilot not picked up by NBC.

Interestingly, Irwin Allen who had four SF TV shows on simultaneously never used any of them to to do a pilot episode.

LindaPfaff 10 months ago
Conlan Carter went on to star in Combat as the medic!
Like Reply Delete

MarkSpeck LindaPfaff 10 months ago
His real-life brother was John Carter, better-known as Lt. Biddle on Barnaby Jones.
Like (1) Reply Delete

ncadams27 10 months ago
The Rifleman itself started as an episode on Zane Grey Theater with Dennis Hopper. The same episode was repeated as the first episode of The Rifleman several months later.
Like (1) Reply Delete

EricFuller 10 months ago
Instead of The Beverly Hillbillies, what about Bonanza for laughs?
Like Reply Delete

Craigg EricFuller 10 months ago
Moss, Haslam and Bo sounds a lot like Hoss, Adam and Joe
Like (1) Reply Delete

MrsPhilHarris 10 months ago
It probably would have been a fun show. 🤠
Like Reply Delete

15inchBlackandWhite 10 months ago
The Beverly Hillbillies. The Real McCoys. How many hillbilly sitcoms could the 60's handle, really?
Like Reply Delete

michaelangelo19 15inchBlackandWhite 10 months ago
Just not enough ! We need more light hearted laughter these days and not the filthy woke junk either.
Like (5) Reply Delete