Where To Watch Shop Store Contact
Home / Stories / Me Medals: Who's your favorite sitcom child?
Nostalgia

Me Medals: Who's your favorite sitcom child?

Is any kid better than the Beaver? Vote for your favorite in our poll. 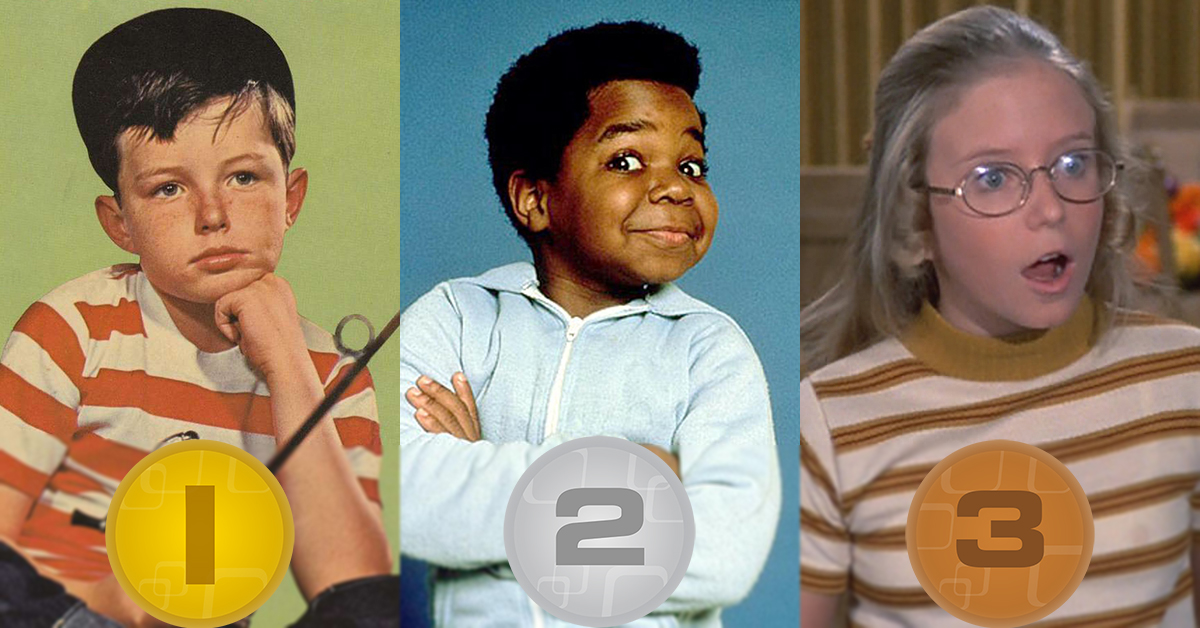 Going back to Little Ricky on I Love Lucy, kids have been an integral part of sitcoms. Whether they're popping up for a scene to cause trouble or they're a part of the main cast, children get the biggest laughs.

With so many child stars on television over the last 60 years, we began to wonder — which one is the best?

No matter the age, we considered every classic kid when it comes to this list. Without further ado, here are our three favorite sitcom children. Vote for your favorites below or tell us who you love in the comments.

1) Beaver Cleaver, Leave It to Beaver

When it comes to classic sitcom children, it doesn't get better than Beaver Cleaver. "The Beaver" carried Leave It to Beaver for six seasons, with the show focusing on his adventures around the neighborhood, at home and in school. Beaver embodied everything a sitcom kid should be. He was cute, funny and charming, but always got into enough trouble to learn a lesson or two. Every kid wanted to have Beaver as a friend, and his popularity spawned board games, books and comics. Essentially, Beaver is the top sitcom kid because he provided a blueprint for others to follow.

Arnold earns extra points to place second on this list by delivering one of the most well known catchphrases of all time. This sitcom kid had everyone in the 1970s asking Willis what he was talking about. But Arnold wasn't a one trick pony. On top of the killer catchphrase, he could throw any look at the camera with conviction, whether it was some sassy sideye, a sulky pout or an eager smile. Arnold truly carried Diff'rent Strokes to stronger ratings and greater popularity, earning him a place as the second best child on television.

Brady became a dark horse in this competition, placing third after having to fend off competition from her five siblings. What makes Jan stand out from her siblings is, well, her desire to stand out. While Marcia and Greg spent every episode playing it safe, Jan entertained audiences by pushing the limits. She was fearless enough to don a curly black wig to a party, make up a boyfriend named after a glass of water and risk injury by not wearing her glasses. Jan made The Brady Bunch more fun to watch, and for that she deserves a spot in the top three.