Where To Watch Shop Store Contact
Home / Stories / Me Medals: The three coolest cars in TV history
Me Medalsnostalgia

Me Medals: The three coolest cars in TV history

Who has a better ride than Batman? Vote for you favorite in our poll. 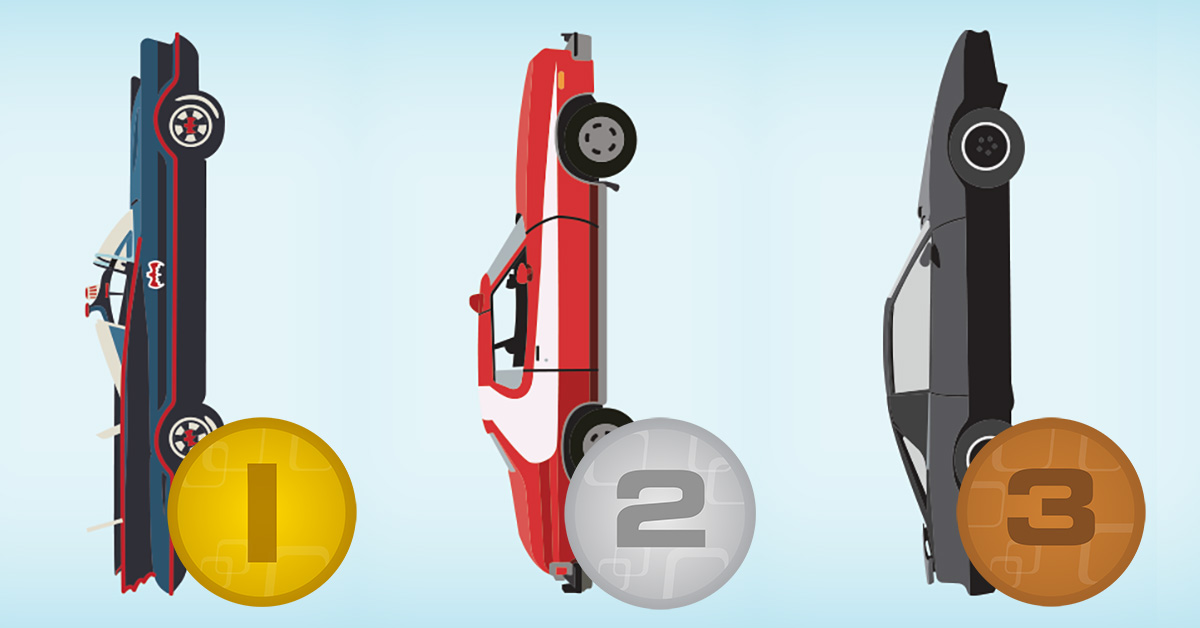 No action series was complete without a sweet ride. Heck, in the 1980s, entire shows were written around vehicles — Airwolf, Riptide, Street Hawk, Blue Thunder, etc. None of them could quite compete with David Hasselhoff and K.I.T.T., however.

But even decades before Knight Rider, cooler-than-cool spies and detectives were cruising in vintage convertibles. Peter Gunn had his Plymouth, Maxwell Smart had his cute and zippy Sunbeam Tiger, and the Mod Squad motored around in a drop-top Dodge Challenger.

We considered all the automobiles of television history, from the jalopies to the Ferraris. (We even raced them at one point.) Here are our three favorite TV cars. Vote for your favorite below.

1) The Batmobile on Batman

What can we say? We are suckers for tail fins and ejector seats. The Caped Crusader's open-top two-seater was based on Lincoln's 1955 Futura concept car, which looked like a pancaked Cadillac gone Jetsons. Unlike the gothic and militaristic Batmobiles that followed, this sporty superhero car was stylish enough for real life. That being said, Green Hornet's Black Beauty is right behind it when it comes to comic book cars.

There has to be some classic American muscle represented here. While Jim Rockford was executing his trademark turns in that awesome Firebird, Starsky and Hutch burned rubber in this red and white beast. The thing just begs you to slide across its hood and jump in the window. The racing stripe gave it a little more of an identity, though, a touch of the A-Team. But, really, who wants to drive around in a big, windowless van?

Tesla may be working on self-driving cars, but they certainly will not have artificial intelligence and the refined aristocratic voice of William Daniels. Besides, the sleek, stealthy black wedge prowls the roads with far more cool than a sedan.