We think we know when and where the upcoming 'Trek' series takes place.

A new Star Trek television series is finally arriving in January 2017. The first episode will premiere on CBS before the show jumps to the network's VOD streaming service, CBS All Access. This week, as the networks go through their upfronts for the fall season, we got a quick taste and tease of the next Trek.

There is not much to dissect yet, merely a logo and some CGI graphics of a camera zooming through the galaxy. Still, we can pick apart those quick flashes of exploding suns and moons, and infer some things from the graphics and aesthetics. Thinking logically, of course.

Like we said, it's not much to go on. Yet those 50 seconds got us thinking. Here are a few certainties and some predictions about the new series.

1) It is simply called Star Trek.

No more subtitles like Deep Space Nine or Enterprise. This is introducing the universe to a new generation of viewers. Adding a subtitle might intimidate newcomers. However, it raises the question of how fans will refer to it. The original (and forever greatest) series will remain The Original Series (TOS). Should we call this Star Trek (2017) or come up with something better? 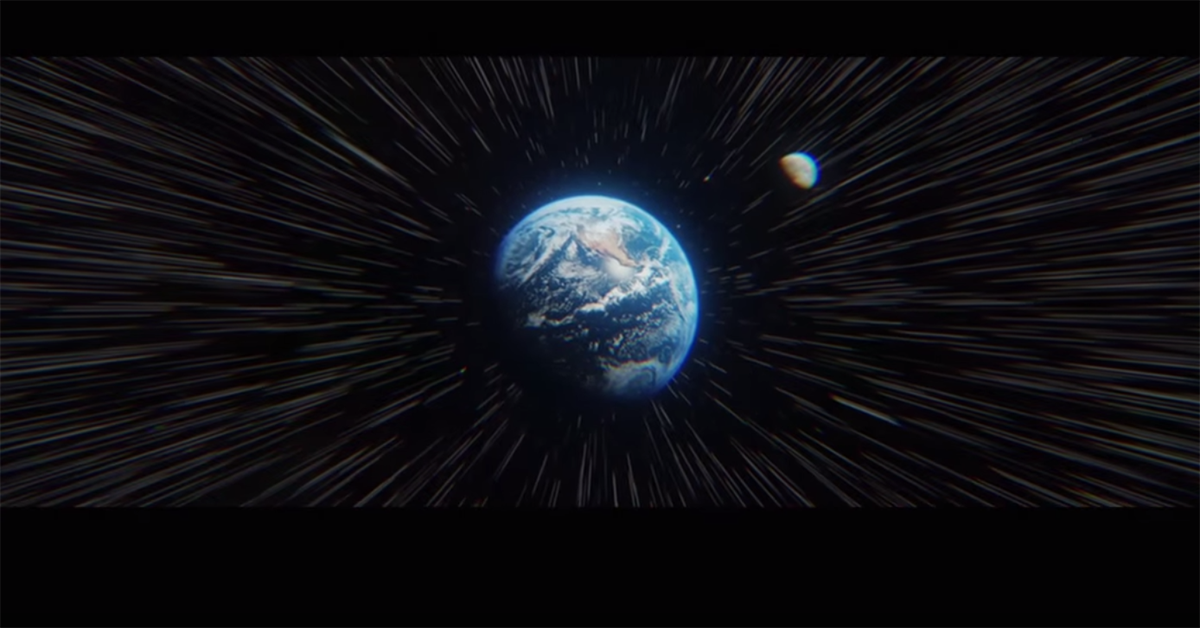 2) There will be multiple crews and ships.

Note the plural — that is not a mistake. Get ready for a plethora of cosplay options. 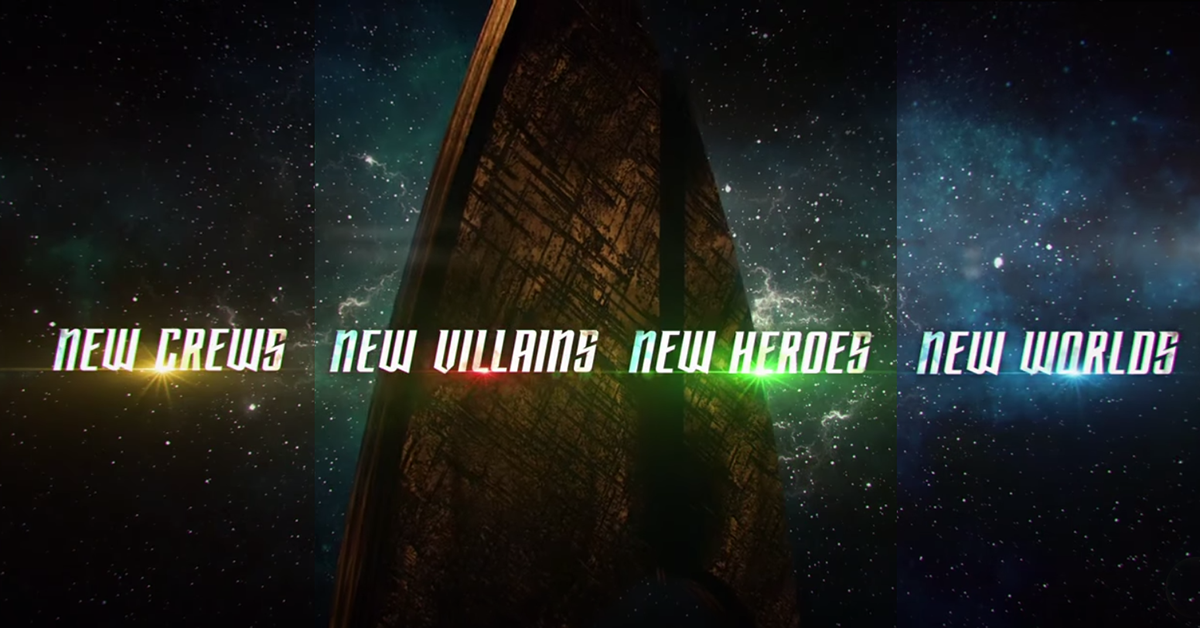 3) It will likely be an anthology series.

Each episode will reportedly stand alone, which is something we asked of the new series back in November. Too many modern series ask viewers for a huge investment of time, a binge. It's refreshing to go back to the concise storytelling of a Twilight Zone or, well, the original Star Trek.

See Also: 12 celebrities you might have forgotten were on 'Star Trek'

4) It will use some of the original theme music.

There is no replacing that brilliant fanfare by Alexander Courage. There's an updated taste of it at the end of the teaser. Modern scores disappoint — who can whistle a theme from any Marvel movie? We hope they stick with this theme. 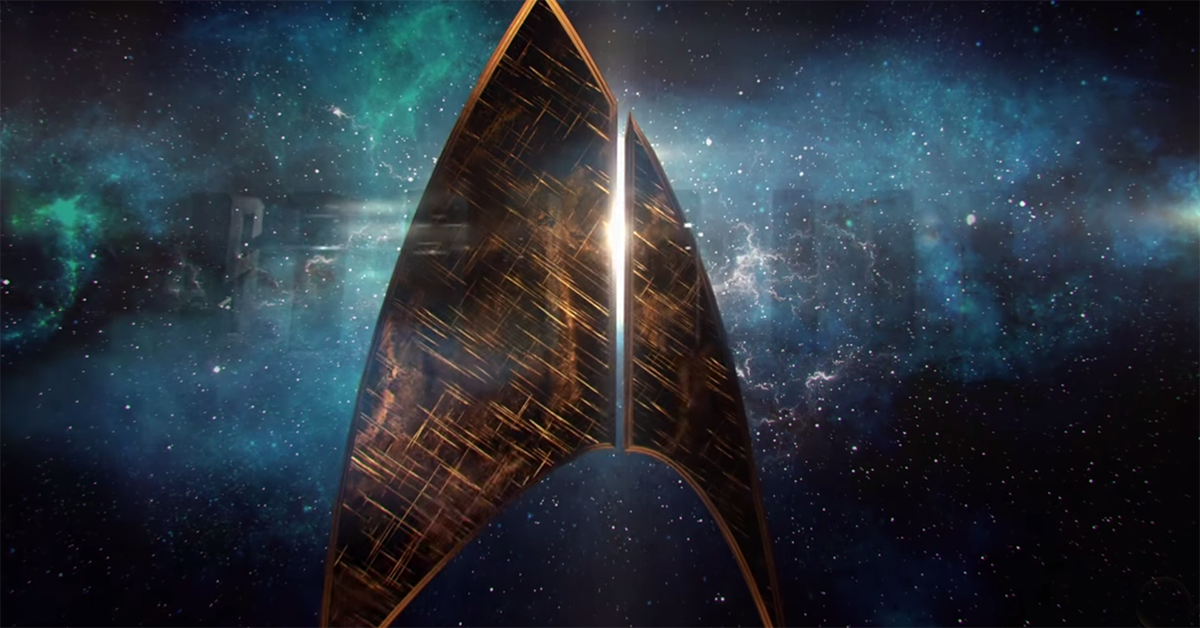 5) There will be new aliens.

Well, it says so right there on the screen. Hopefully not too many, though. We want to see Tholians, Andorians, tribbles and more. 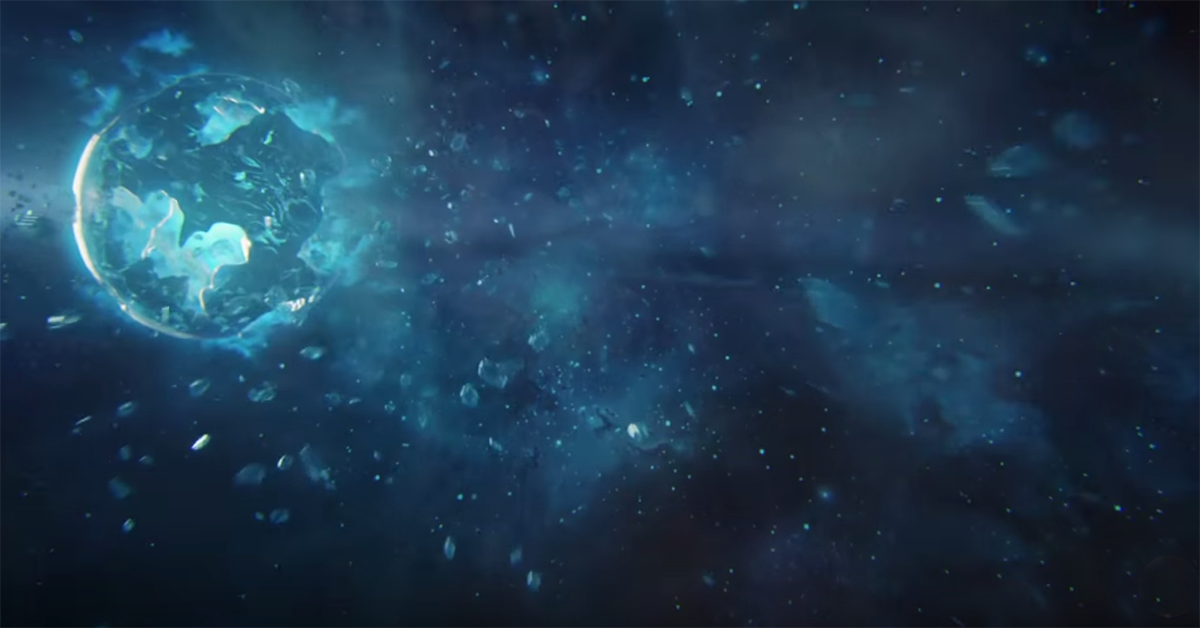 6) There will still be Romulans and Klingons.

Well, duh. It's not Star Trek without them. Still, there are perhaps some more specific clues about the importance of these alien races. As we zip through the cosmos we see a shattered blue orb and a green planet baking in a soon-to-be supernova. The first body could be Praxis, the destroyed Klingon moon, while the later is perhaps Romulus, which had its nearby star go supernova. 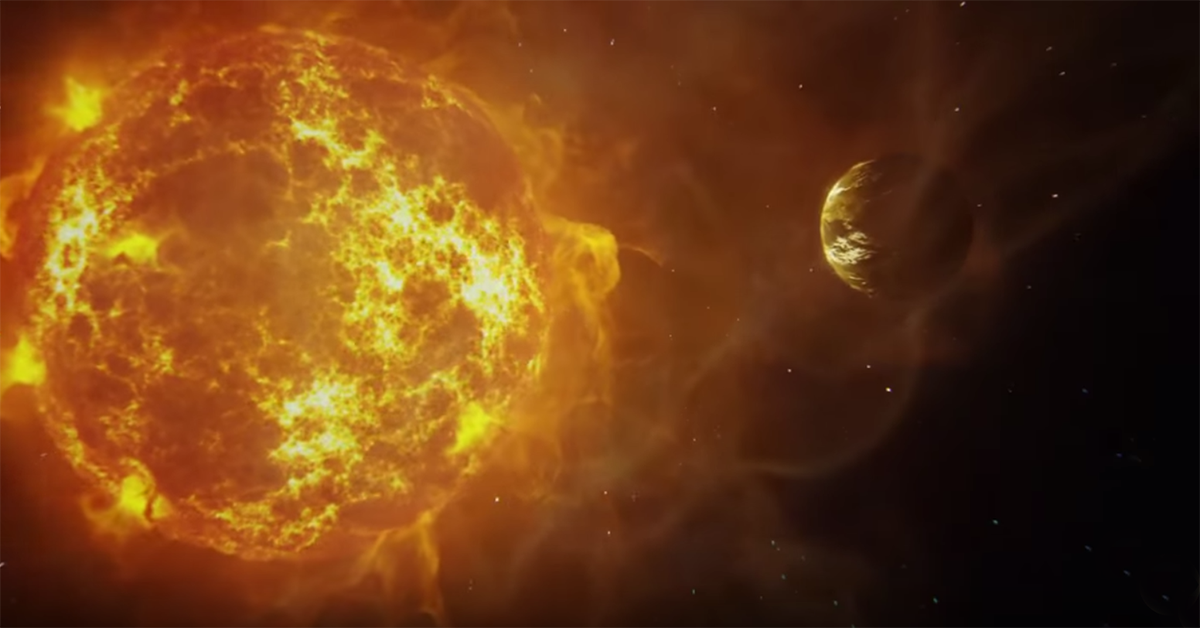 Those two heavenly bodies give us some clue as to the timeline, too. Praxis went boom in 2293 (as seen in Star Trek: The Undiscovered Country), while in the Star Trek (2009) film we learn that the Romulan star goes supernova in 2387. The new insignia itself gives us clues, too. The split design evokes the insignia of the 2390s, as seen below. So this could all happen towards the latter end of that timeframe. 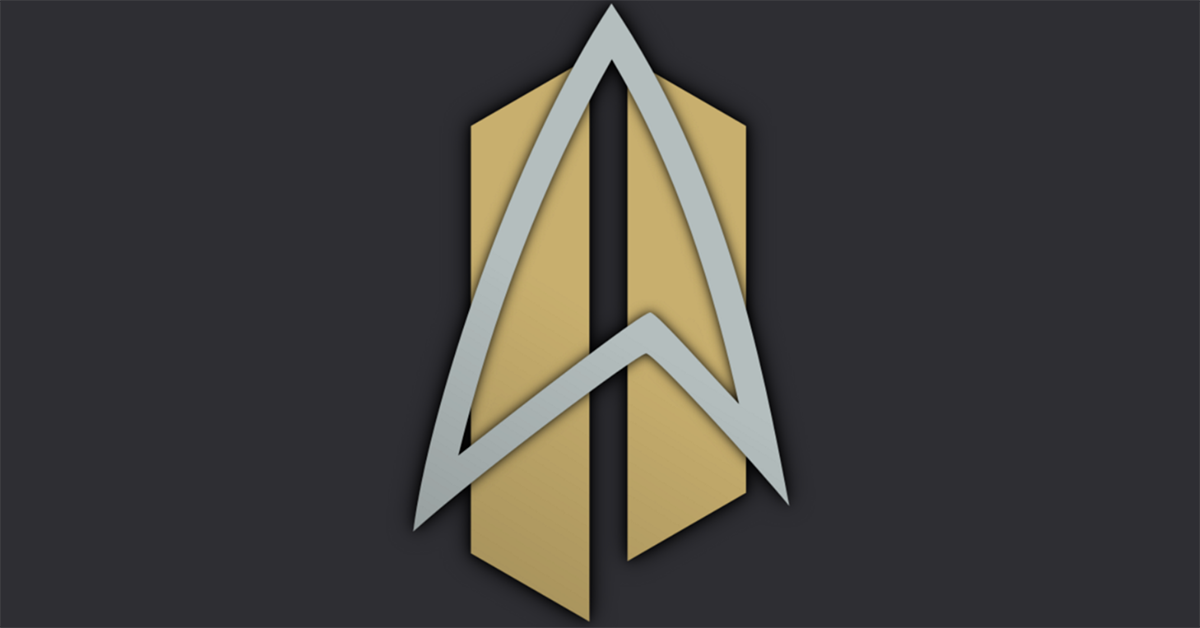 8) It takes place on the frontier.

While we're picking apart the insignia, we should take note of its scruffed brass look above. The thing is covered in scratches, implying a battle-worn crew far from home on the fringe of known space. Or it could just be the fact that all modern sci-fi logos now look like distressed metal, like Transformers. 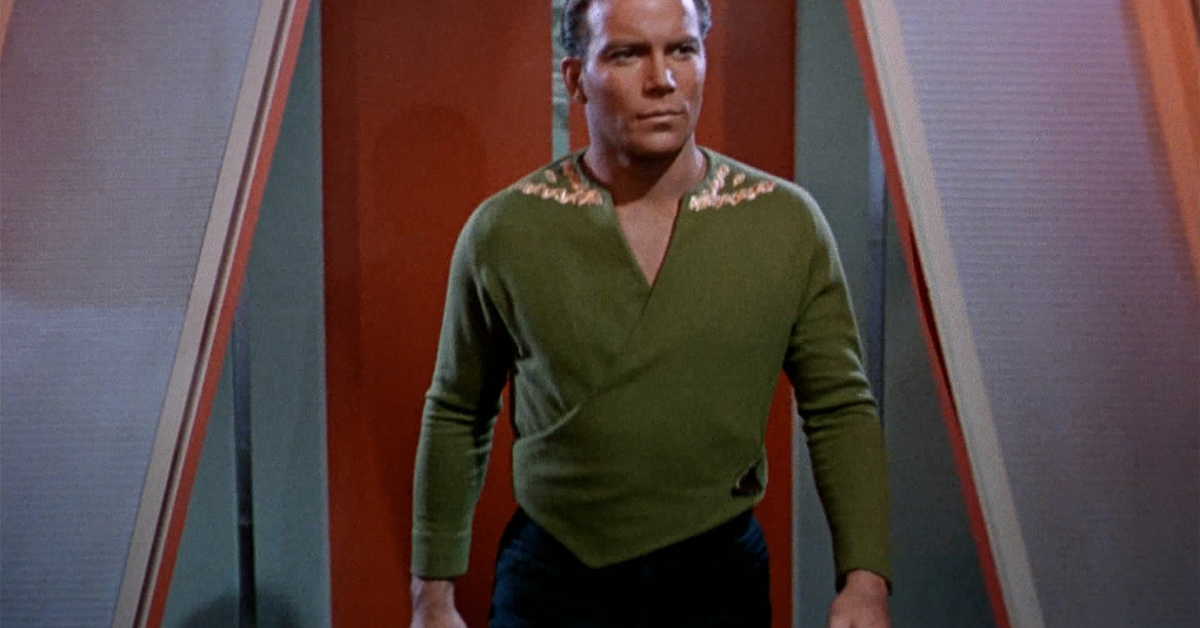 9) There will be green uniforms.

This is more speculation. When the text appears in the teaser, proclaiming "New Crews, New Villains, New Heroes, New Worlds," each is lit with a glow of color — yellow, red, blue and green. The first three are the familiar uniform colors of Starfleet crews. Green is not new, of course. Shatner's Captain Kirk occasionally slipped into his dressy green tunic, as in "The Trouble with Tribbles."