America’s #1 Classic Television Network
Find your local MeTV station
Where to watch
See when your favorite shows are on
See schedule
Personalize MeTV.com to follow your favorite shows
Free sign-up
Shop your favorite shows in the MeTV Store
Shop Now
Home / Stories / Columbo's Basset hound ''Dog'' was a rescue dog in real life, just like on the show
Did you know?1970s

Columbo's Basset hound ''Dog'' was a rescue dog in real life, just like on the show

From a Burbank shelter to television stardom. 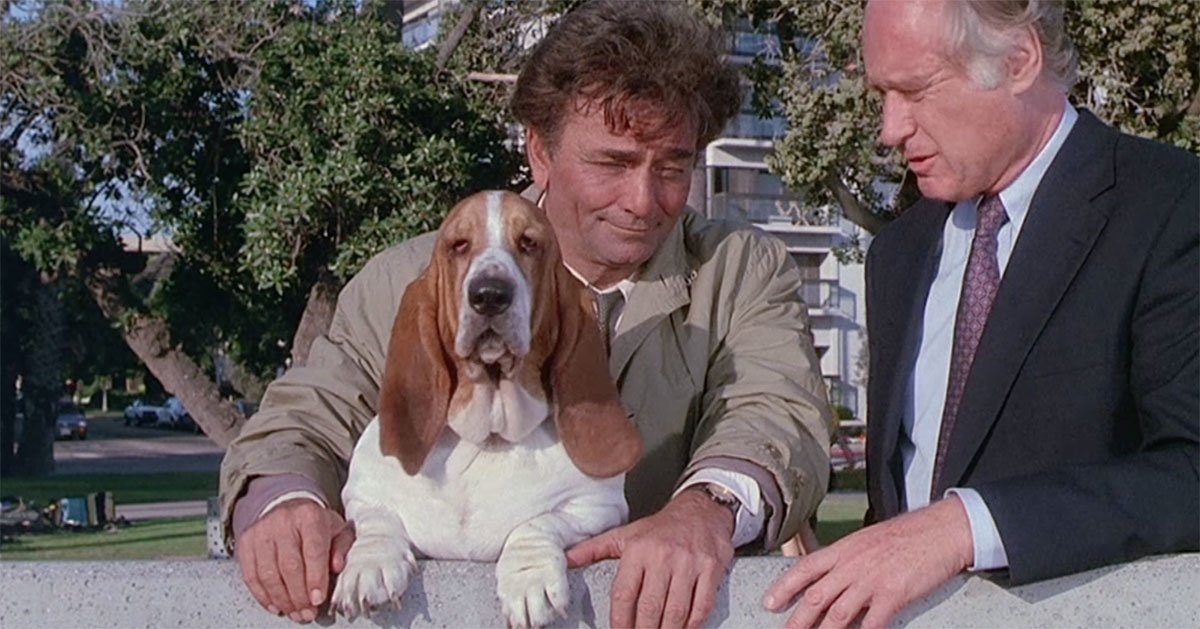 Columbo never had a partner, but he did not work alone. In the season two premiere, "Etude in Black," the disheveled detective adopts an adorable Basset hound from the pound. Being a responsible pet owner, Columbo takes the pooch to the veterinarian for shots. A trip to the vet turns out to help Columbo solve the case… but we're here to talk about the dog, not the mystery.

Columbo ponders what to call his dog. He chats with the animal and tries on "Fido" and "Beethoven" for size. Of course, he ends up simply calling the dog "Dog." Dog quickly became a fan favorite. After all, who could not relate to an animal that enjoyed the finer things in life like ice cream and television? Today, a bronze statue of Columbo and Dog sits in Budapest, Hungary, forever commemorating their friendship.

The plot of "Etude in Black" was not so far from the truth. Well, no murder was involved, but Henry, the canine actor who played Dog, came from a shelter. Animal trainer Ray Berwick, the man who wrangled hundred of crows for Alfred Hitchcock's The Birds, rescued Henry from the Burbank animal shelter. 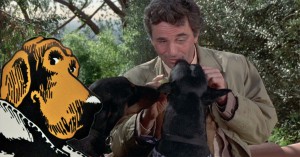 Did you know McGruff the crime dog was modeled after Columbo?

Columbo co-creator Richard Levinson recalled, "They talked to [screenwriter Steven] Bochco, who was writing the opening episode of the second season. The network wanted a young cop to be his sidekick. Bill [Link], Bochco and I said, Let's give him a dog."

Peter Falk bristled at the idea at first. The actor figured that Columbo had enough character quirks already, what with the raincoat, Peugeot, chili, cigars and whatnot. Not only did Falk relent, he softened to the dog. How could he not! Look at Henry!

Henry remained loyal to Columbo, of course, but despite his lazy look, the canine thespian worked hard in Hollywood. You might remember him from Emergency! as well. In 1976, the episode "Fair Fight" introduced the droopy Basset as the mascot of Station 51. On that series, the dog had a name. It was Henry, too.

"[Emergency! star] Randolph Mantooth had a problem working with Henry because Basset hounds have a particular odor," said Ray Berwick protege Karl Mitchell in The Encyclopedia of TV Pets.

After his television days, Henry retired to live life as a family pet, spending days in a backyard. Mitchell reported, "He died of old age." He lived the life.

SheriHeffner 33 months ago
Yes I remember Henry the Basset Hound. I loved him. I never knew they smelled different from other dogs. We have had three Dachshunds and they don't really smell bad. Except when they rolled in something stinky.
Like Reply Delete