Most of them are not creepy! 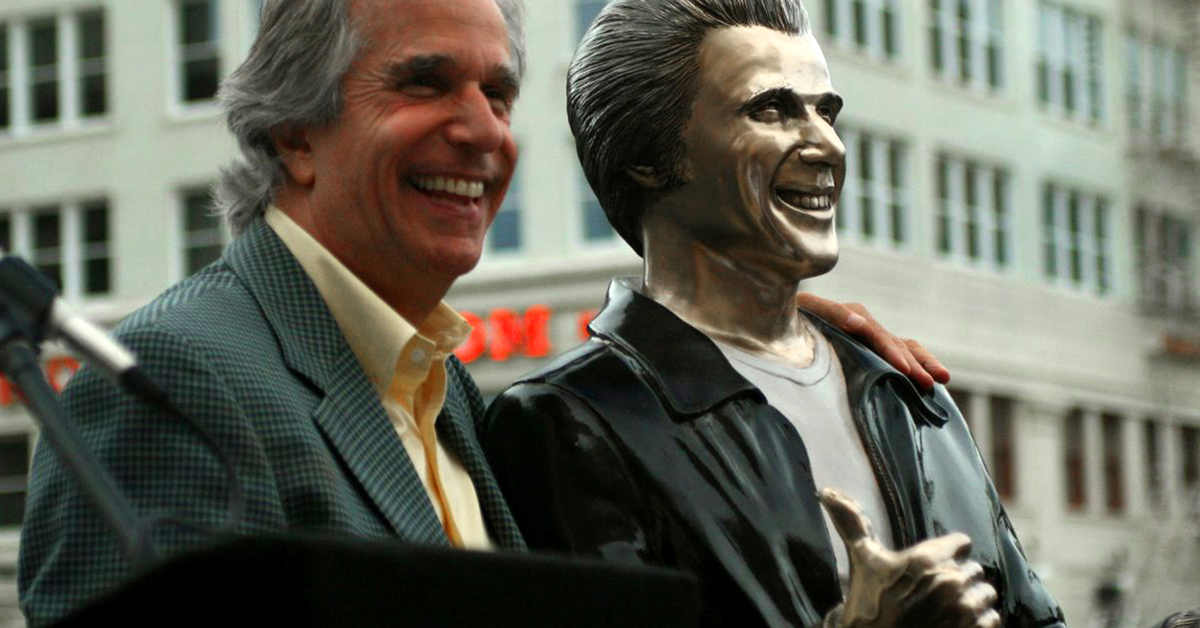 For a celebrity, having your likeness captured in wax must be a high — and surreal — honor. However, wax melts. You know you've truly made it as a star when you have been cast in bronze.

Few television actors have been immortalized in life-size metal. Most of them are favorites you can see on MeTV.

So if you're a TV junkie planning a road trip, keep these statues in mind for photo ops. Though you may have to go to Eastern Europe. The Scary Lucy gets a bad rap, but honestly most of these are pretty cool. 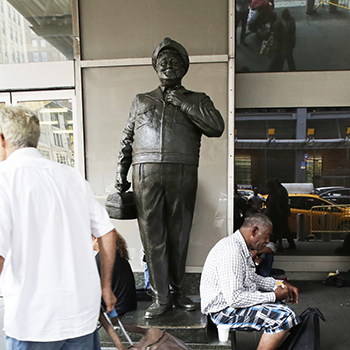 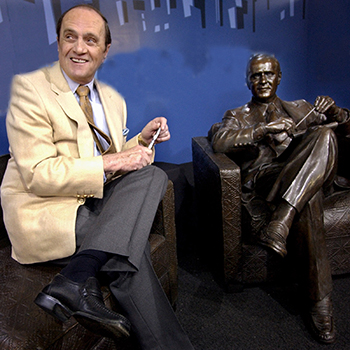 After being unveiled near his downtown Chicago office from The Bob Newhart Show, the bronze couch and Bob was moved blocks east to Navy Pier. 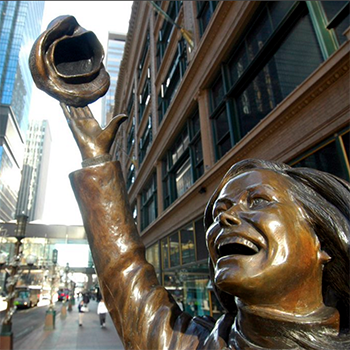 The image of Mary Richards tossing her hat in the air was frozen in time at the same location of the opening credits, Nicollet Mall in downtown Minneapolis. 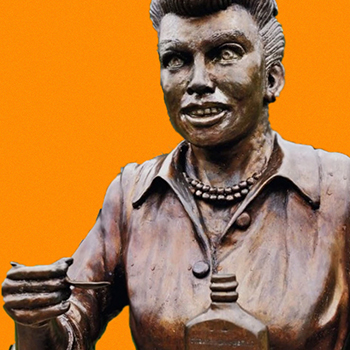 Ah, make it stop. The notorious "Scary Lucy" has become an ironic tourist attraction in her hometown of Celoron, New York. Thankfully, as we reported in October, this tribute to the iconic comedienne is getting a do-over. 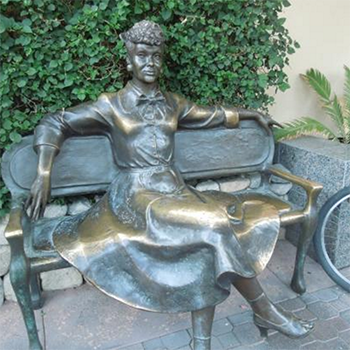 Okay, now that is a Lucy likeness we can cozy up to. You can chill with Ball on the bench at the corner of Tahquitz Canyon Way and S Palm Canyon Drive in Palm Springs, California, not far from the Palm Springs Art Museum. 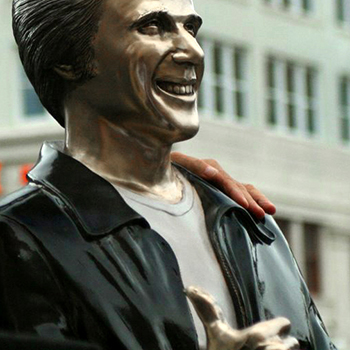 Artist Gerald P. Sawyer unveiled his "Bronze Fonz" along the Milwaukee Riverwalk in 2008. Alas, you can not "sit on it." Can we put in a request for Laverne & Shirley? And Lenny & Squiggy? 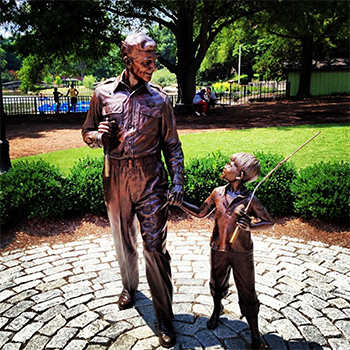 Mayberry is a fictional town in North Carolina, so you'll have to hop over to Raleigh to find this charming representation of Opie and Andy in Pullen Park. It looks just like the opening to The Andy Griffith Show. Or, if your fandom runs deeper, journey to the small town of Mt. Airy, Griffith's home, which served as the basis for Mayberry. There's a replica there, too. 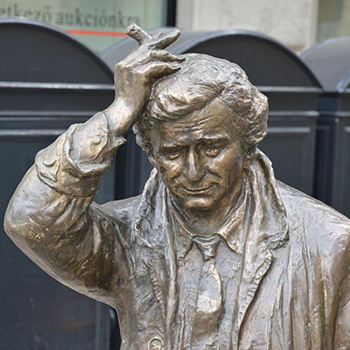 You'll have to jet to Hungary to find this bronze of Columbo, which sits a couple blocks up from the Danube River on the Pest side of the city — on Falk Miksa Street. 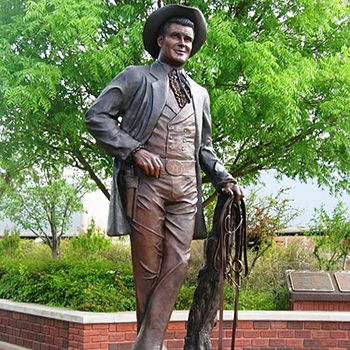 The star of Maverick and The Rockford Files was from Norman, Oklahoma, which is where you'll find this swagger-oozing statue. You can find it near the Sooner Theatre on Main Street. 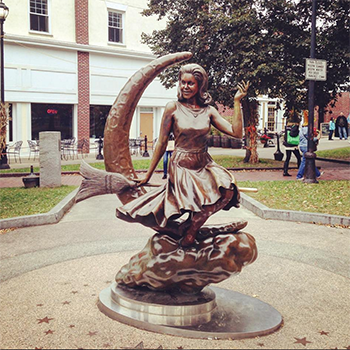 What better home for a Bewitched statue than Salem, Massachusetts? Samantha rides a broom atop a crescent moon in Lappin Park. 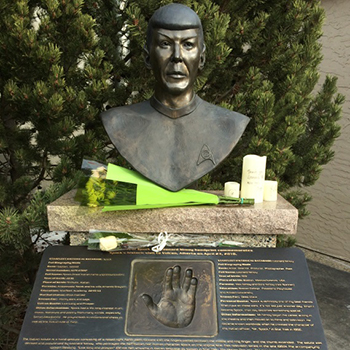 This bust of Spock can be found in Vulcan, Alberta. Of course. The Canadian city is deep into Star Trek, with signs in Vulcan and Klingon, and a statue of the Enterprise.