11 fictional holidays from TV you can celebrate in real life

Supplement your holiday season with festivities from Sesame Street to the many traditions of Star Trek. 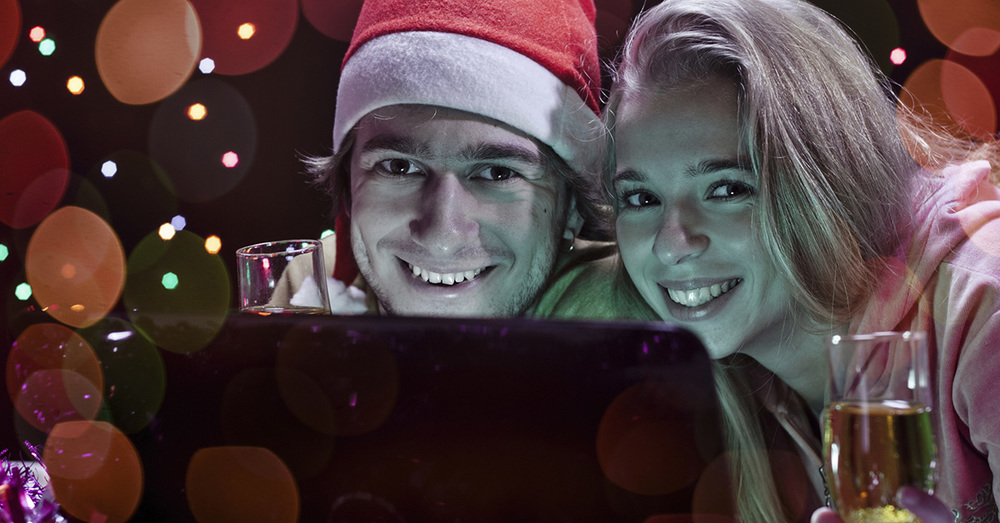 It's the holiday season! Thanks to the wonders of television, that goes beyond Christmas, Hanukkah and Kwanzaa. The small screen has dreamt up some creative celebrations both secular and sacred, from Sesame Street to the far planets of Star Trek.

Some of these holidays have become so beloved that they have crossed over into everyday practice. So stock up on meat cubes and metal poles. Here are 11 fictional holidays created by TV shows. We provided the dates when possible.

Chrismukkah from The O.C.

Raised in an interfaith home, Seth Cohen melded two traditions together (at the age of 6, according to the episode) to make "the greatest superholiday known to mankind." Of course, this was not a novel idea, as such families are quite common. However, the series put a catchy name on it, so much that Time magazine deemed "Chrismukkah" one of the buzzwords of 2004. These days, you can buy cookbooks and greeting cards celebrating the hybrid.

In the modern reboot of the 1970s franchise, the day marks the annual anniversary of the signing of the Articles of Colonization. In the 2005 episode of the same name, the crew of the ship dance to celebrate the 52 years of cooperation, akin to our Independence Day. The series featured other holidays as well, such as Eros Day, Our Day and Founders' Day. Alas, it's difficult to pin down exact dates.

While non-canon sources place this day at different points in the calendar, October 11 seems to be the consensus choice for the founding of the United Federation of Planets. Of course, Trekkies should also prepare to party in the spring when First Contact Day hits April 5, the commemorate the initial meeting of humans and Vulcans.

Festival of the Bells from Fraggle Rock
Winter Soltice

The Fraggles dance the dance of the Weebabeast, exchange the gifts of pebbles, and ring small bells in order to recharge the Great Bell. This holiday also appears in A Muppet Family Christmas.

The most popular of television-born holidays premiered in the 1997 episode "The Strike." It was born out of reality, based on the practice of the family of screenwriter Dan O'Keefe. No wonder it has become a cherished if ironic practice for some families. On the show, the brainchild of Jerry Stiller's Frank Costanza, Festivus is a grump's celebration involving the Airing of Grievances and Feats of Strength around the cold, undecorated, aluminum Festivus pole.

The Vulcans are not exactly know for the partying (well, not since the pagan days of Rumarie, another holiday mentioned on Voyager). This holiday of Spock's people is all about solitude, atonement, and silence. In other words, it sounds a bit like a sci-fi Festivus.

Merlinpeen from 30 Rock
Whenever your office has Secret Santa

The writers in 30 Rock want no part of Kenneth the NBC page's rule-riddled Secret Santa. So they whip up this excuse for not participating, the "Verdukian Holiday of Mouth Pleasures." It involved eating meat lover's pizza and cubes of steak, then having blondes floss your teeth. It even features a carol: "Oh, Meatbowl of Verduke, you bring me such pizza. Meatbowl."

The fourth Trek series was big into fake holidays. This tradition of the Talaxian species, first seen in "Mortal Coil," was not so different from our own Turkey Day. Friends and family gather to eat large meals, especially fruit compote in root nectar. Yes, it's basically Thanksgiving, and even falls on a Thursday.

An analogue to Christmas, this tradition from the surprising adult and deep Muppet series of the early 1990s. The dinosaurs sing carols, perform pageants about the magical cold kitchen appliance and exchange gifts. The talking reptiles also fast for 48 hours before the big day.

Oscar the Grouch got his own take on Thanksgiving in 2013. The Grouches remember the Dispilgrims sailing on the Maysour and congregate to watch the Trashgiving Day Parade, which is sponsored by Mr. Discracy, played by Richard Kind. 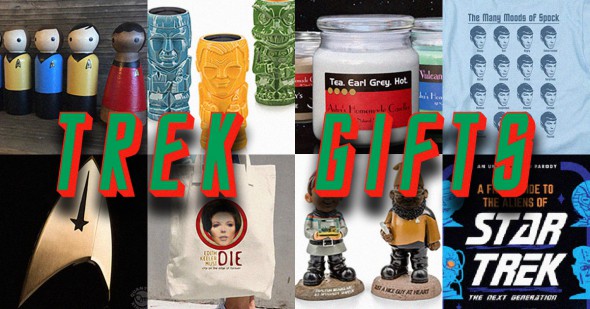