Need something for that special Trekker in your life? 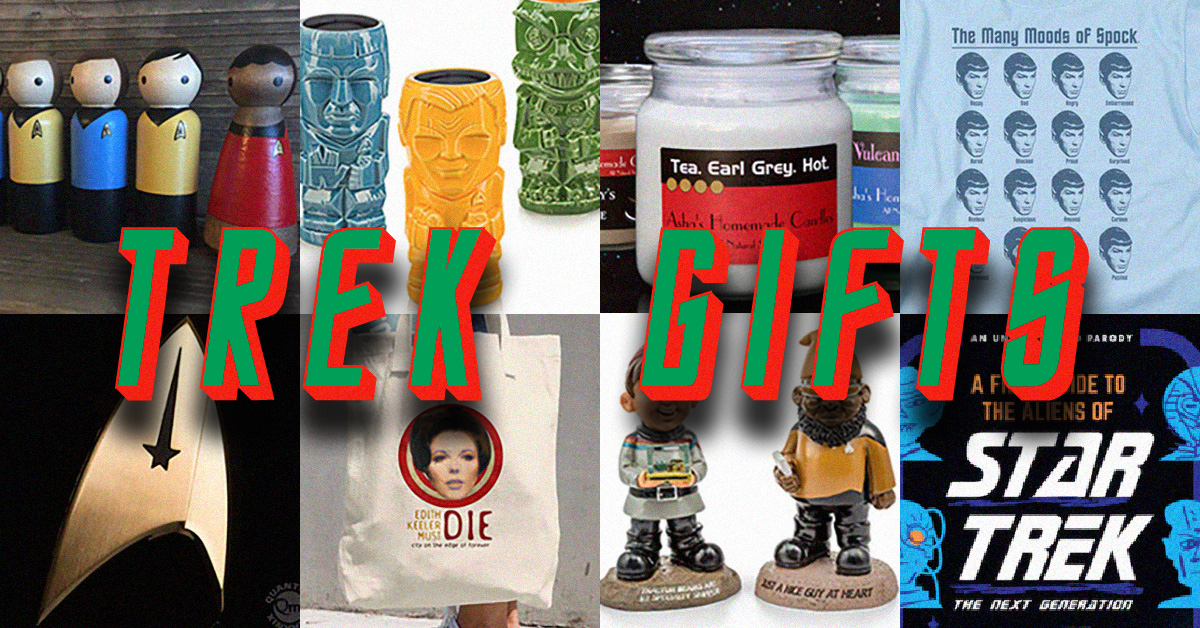 The thing about Star Trek fanatics is that they are typically collectors. Which means they are constantly buying things for themselves. Which means it can be a challenge to surprise the Trekker in your life when it comes holiday time.

But, fortunately, there are a lot of Star Trek products in the universe. There's no way even the most devoted Trek lover has all of them, from the officially licensed items to the unique crafts on Etsy.

We looked through the newest crop of Trek stuff in shops for a dozen favorites. You'll want to stuff your Spock stockings with these gems. 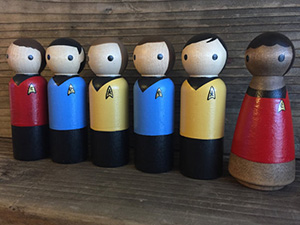 These adorable wooden toys bring back memories of preschool. Now, as an adult, you can use them as office decoration, set them up for some lawn bowling, hollow them out for pepper mills, or whatever your heart desires. 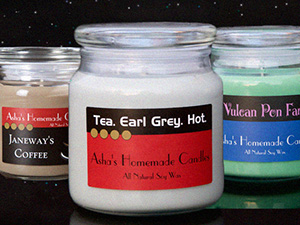 In space, no one can hear your scream — but they can smell you. So brighten up nostrils with these Trek-themed candles, made from soy. They come in clever scents like "Janeway's Coffee," "Vulcan Pon Farr" and "Tea. Earl Grey. Hot." 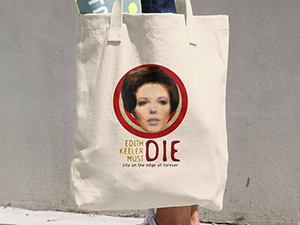 Show your love for "City on the Edge of Forever" with this clever tote featuring Joan Collins. If strangers don't get the reference, explain to them that they are missing a true sci-fi classic. 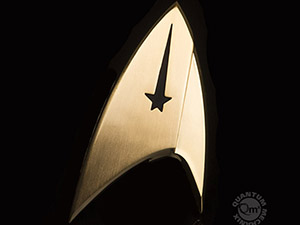 The new Discovery may have fans divided, but there is one thing upon which we can all agree — the emblems on their uniforms are sharp. Science and Medical badges are also available, but we're leaning towards this golden, iconic look. 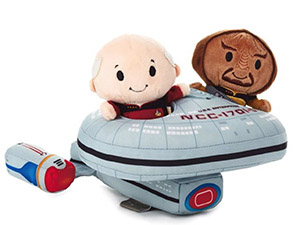 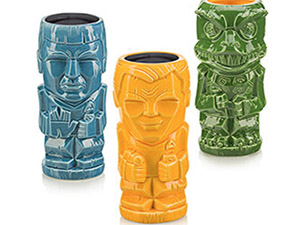 Shake up some retro cocktails and mocktails of the 1960s while you celebrate the greatest show of the decade. The set of six includes Captain Kirk, Dr. McCoy, a Gorn, a Klingon, Mr. Spock… and a Mugato! A Next Generation set is also available. 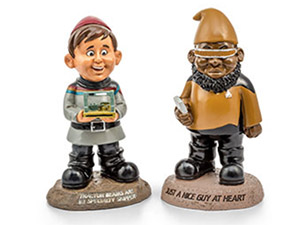 When it comes to ugly sweaters, the holidays have nothing on Wesley. The young Next Generation character sports one of his memorable looks in this cute statue. Geordi looks ready for action. Most characters are available. Alas, the Gorn Gnome is currently sold out.

8. 'Search for Spock: A Star Trek Book of Explorations' 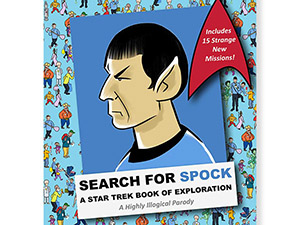 It's Where's Waldo, but with Spock! This delightful book is filled with tiny visual references. 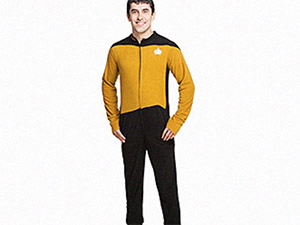 It's a comfortable set of pajamas. It's a budget way to cosplay. These one-piece fleece zip-ups are also available in Crusher Blue and Picard Red. 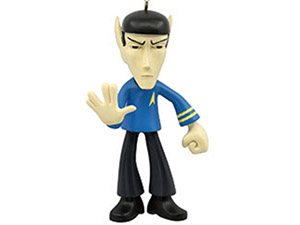 Each year, Hallmark whips up new Star Trek ornaments for your tree. We dig this stylized version of Spock. He looks like he would fit right in a Rankin/Bass special.

11. A Field Guide to the Aliens of Star Trek: The Next Generation 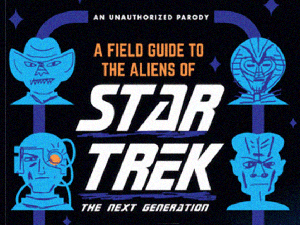 It began as a school project in 1990, when an 11-year-old kid decided to describe all the aliens in TNG for a creative writing project. Young Joshua Chapman continued to cover the entire series as he grew into a moody teenager. For years, these private zines were lost. Now, these delightful, oddly touching works have been discovered in a garage sale and collected in the hilarious book A Field Guide to the Aliens of Star Trek: The Next Generation. 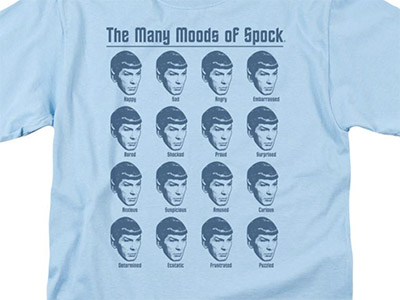 There are several options for Star Trek shirts and sweatshirts in our own MeTV Store. Our favorite design for the year is this graphic showing the stoic Vulcan in all his moods, from Anxious to Shocked. 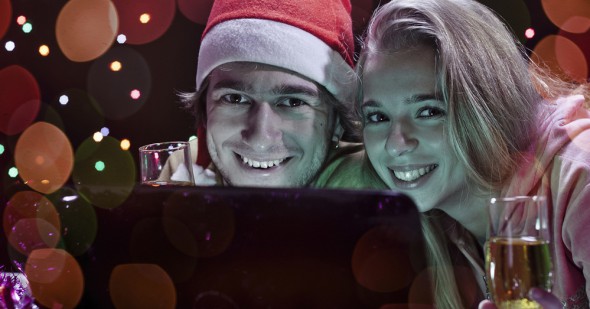